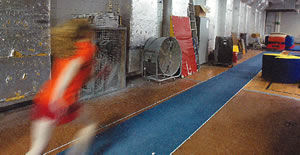 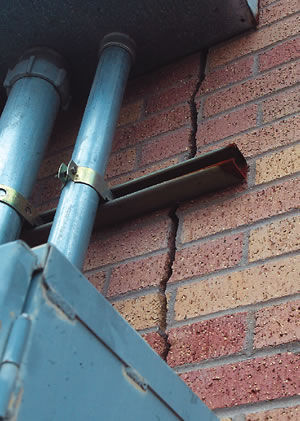 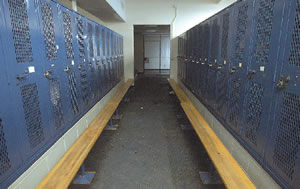 Clad only in bathing suits, Bryan High School swimmers trek from the dressing room to the uncovered Bryan Aquatic Center pool every morning during the winter months, when swim season is at its peak.

Across the street, a shortage of space in the high school field house has forced coaches to relegate some athletes to an old storage shed, converted into a tiny weight room.

And on the main campus — in a small, crowded, upstairs room with shallow ceilings — the Viking gymnasts occasionally bump the rafters while performing moves.

An indoor swimming pool, an expanded field house and a new gymnasium are the three facilities making up a $5.5 million bond proposal for the construction and renovations of district athletic facilities.

The proposition is the smaller of two set to go before voters Saturday. Proposition 1 has a $99 million price tag and is geared toward school facilities. It calls for a new high school on Old Reliance Road, a new middle school and a rebuilt Bonham Elementary School, as well as renovations at nearly a dozen other campuses.

Mike Kristynik, Bryan schools assistant superintendent for support services, said other districts facing similar space crunches simply have eliminated programs. That is something the Bryan school district could have done, he said, but it hasn’t.

Instead, he said, the district is continually reshuffling programs and teams to make sure there is room for everyone.

“In the business we’re in, nothing is ever perfect,” Kristynik said. “We make do.”