When I was in high school, my family packed a moving van and headed from Texas to Northern California.

Our destination -- a small lumber town where my mother had landed a job as a junior college accounting instructor -- was at the base of a beautiful mountain on the edge of a national forest and about an hour from the Oregon border.

The town of Weed is a hard-working, blue-collar community that is a little rough around the edges. It doesn't have the cachet of the resort ski town just down the road, but no one really seems to care.

Thousands of people pass by Weed on Interstate 5 every day but few stop and even fewer linger. I fell in love -- with the town and the people in it, its mountains and trees, the change of seasons that I hadn't really encountered in Texas and, most importantly, the woman who would become my wife.

Eventually, I returned to Texas, and at some point after I left Weed, someone recognized the marketing potential and began selling shirts and other souvenirs playing off the town's name. I've resisted buying an "I love Weed" shirt, mostly because I didn't want to have to explain to everyone I encountered that I did, in fact, graduate from Weed High.

Today, my adopted hometown is suffering. A wildfire, pushed by wind gusts in excess of 40 mph, blew through Monday afternoon, forcing residents to run from their homes and businesses without warning. The Boles Fire, named after the creek near where it is believed to have started, damaged or destroyed about 150 buildings. Blocks of an entire neighborhood were wiped out, including the home of my wife's family.

The Catholic church where I was married and where my son was baptized is gone. The Presbyterian church across the street was also reduced to a pile of rubble.

The photos and videos emerging from the town this week are hard to see and residents are in shock. The stories of residents caught in the firestorm are dramatic and frightening. A few of the firefighters lost their own homes, and the town's small public library is gone. But there were successes. Firefighters prevented the blaze from spreading to the high school. The elementary school and lumber mill were damaged, but not destroyed. There were homes that were saved, right next to homes that were lost. And by some miracle, no one was killed or seriously injured.

The town is beginning what promises to be a long and difficult recovery process. As soon as Sunday services at the burned-out churches are over, the big-city media vans will be pulling out of town and the spotlight will shift elsewhere.

But the tragedy in Weed will remain, with displaced residents in search of what's next. The answers won't come easy, but with any luck, the hard-working, rough-around-the-edges spirit that I fell in love with in high school will pull the community through.

And come July, when the town celebrates its Italian heritage every year with Carnevale, a street party that includes carnival rides, bocce ball, softball games, music and reunions with old friends, I don't think I'll be the only one wearing an "I love Weed" T-shirt.

Darren Benson is The Eagle's managing editor. He can be reached at darren.benson@theeagle.com. 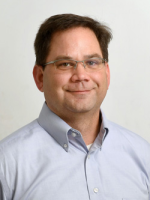 A beautiful and well written article. I have been praying for everyone in that community. I am so sorry for all the losses. May God bring beauty back to Weed, soon. Please keep us posted on the recovery and what we might be able to do to help.

Great article...I also went to WHS..class of "76"...I live in Oregon now, but have been glued to my FB seeing what is happening and how I might help from a distance away. A friend of mine from high school lost her home up on Hillside...lived there 30 years...very sad...and yes it is truly a miracle that no one lost in the fast moving fire....