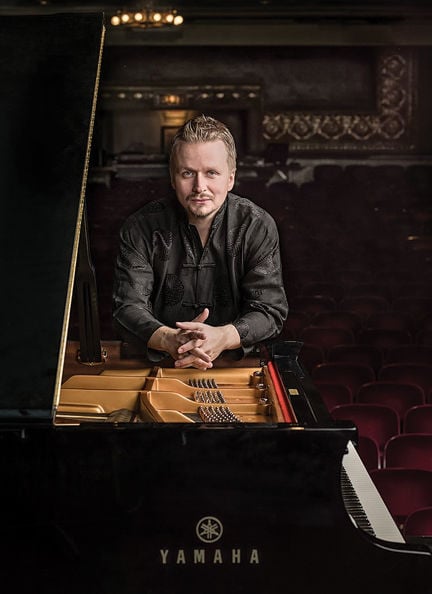 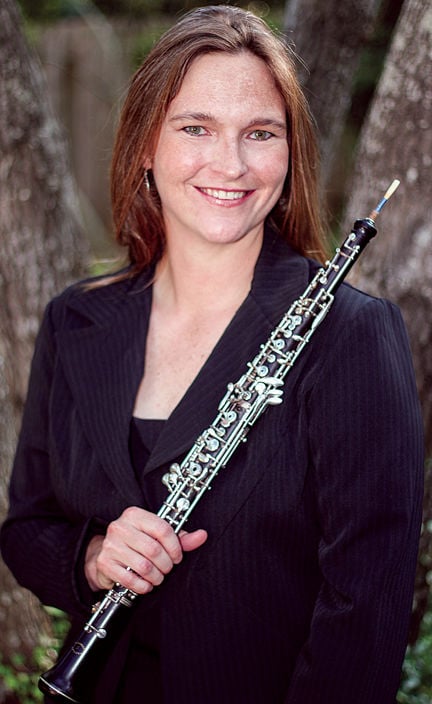 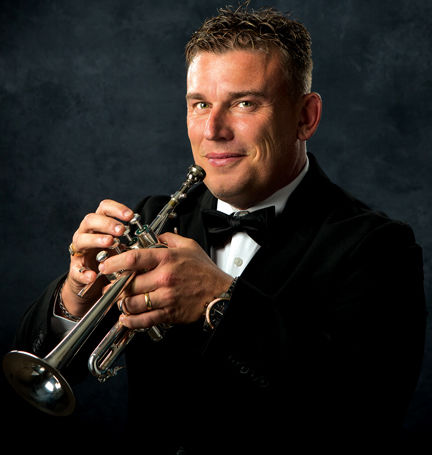 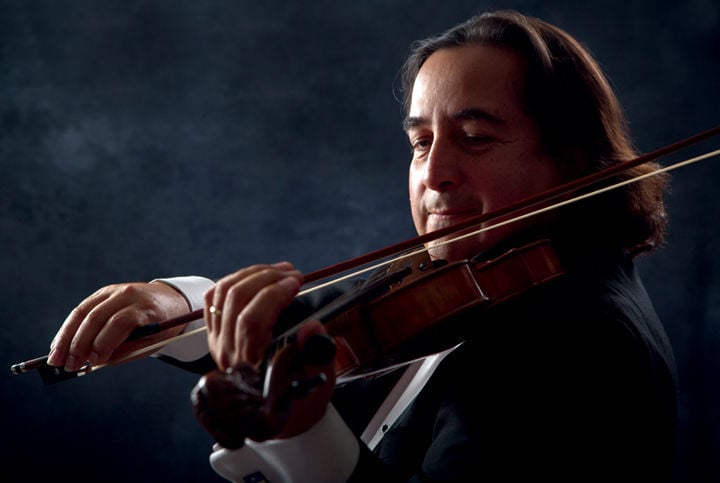 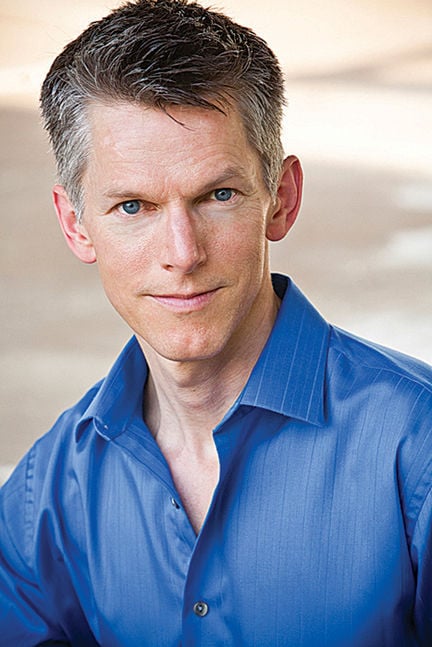 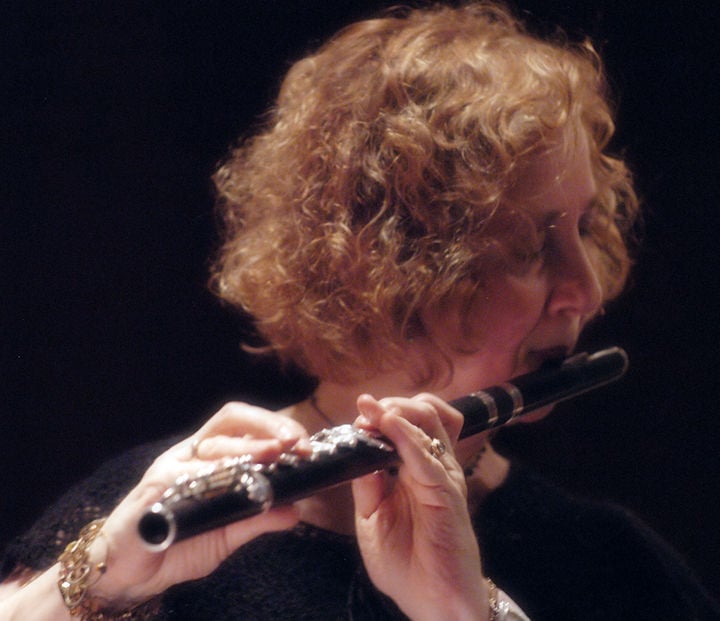 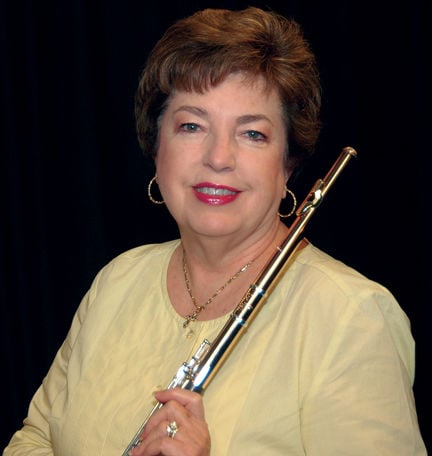 The amazing Concerts on Carter Creek closes its 2017-18 season at 5 p.m. today with a concert by the internationally acclaimed Russian pianist Ilya Yakushev. He will perform the music of Wolfgang Amadeus Mozart, Ludwig van Beethoven and Modest Muussorgsky.

The concert will be in the sanctuary of First Presbyterian Church, 1100 Carter Creek Parkway in Bryan. As are all Concerts on Carter Creek, today's event is free, a gift to the community from the congregation of the church.

Free childcare is provided and a reception will follow the concert.

Yakushev received his first award at the age of 12 in the Young Artists Concerto Competition in his native St. Petersburg, Russia. That same year, he received the Mayor of St. Petersburg's Young Talents award. He won First Prize in the Donostia Hiria International Piano Competition in San Sebastian, Spain, in 1997 and again in 1998, the year he received the Award for Excellence in Performance from the minister of culture for the Russian Federation in Moscow. His most recent honor was the Gawon International Music Society's award in Seoul, Korea.

Yakushev attended the Rimsky-Korsakov College of Music in St. Petersburg, Russia, and came to New York City to study at the Mannes School of Music.

Since 2002, Yakushev has been executive director of the International Keyboard Institute and Festival at the Mannes School. He has performed with numerous symphonies around the country and the world, including San Francisco; New Haven, Connecticut; El Paso; Dubuque, Iowa; Pensacola, Florida; La Crosse, Wisconsin; Cheyenne, Wyoming; and Las Cruces, New Mexico.

On today's program will be Adagio in B minor, K. 540 by Mozart, Sonata no. 21 in C major, op. 53 (Waldstein) by Beethoven and Pictures at an Exhibition by Mussorgsky.

The New York Times said, "Mr. Takushev can do just about anything he wants."

"Saturday night, pianist Ilya Yakushev tore up the keyboard and lifted the audience onto its collective feet with a bravura performance of one of the toughest concerti (Prokofiev's 2nd) in the repertoire," said The Arkansas Democrat Gazette.

Combine the wondrously precise music of Johann Sebastian Bach, our magnificent Brazos Valley Symphony Orchestra and extremely talented soloists chosen from the Symphony and you will get a thrilling concert that is not to be missed.

Bach's Brandenburgs will feature four of the six Brandenburg Concertos -- 2, 3, 4, and 5 -- that are considered some of the finest compositions of the Baroque era.

The concert will be at 5 p.m. March 25 in Rudder Theatre on the campus of Texas A&M University. Tickets are $39 for adults and $13 for students in advance, or $44 for adults and $16 for students at the door. They are available at the MSC Box Office on the first floor of Rudder Auditorium, 979-845-1234 or boxoffice.tamu.edu.

Although he composed the concertos earlier, Bach presented them to Christian Ludwig, margrave or head of Brandenburg-Schwedt in 1721.

Harvard musicologist Christoph Wolff said, "Bach used the widest spectrum of orchestral instruments … in daring combinations. Every one of the six concertos set a precedent in scoring, and every one was to remain without parallel."

Other soloists will be Adrianne Greenbaum, flute; and Matthew Dirst, harpsichord.

Greenbaum is a nationally acclaimed classical and Klezmer flutist. She is founder of FleytMuzik, an ensemble which includes flute, violin, cimbalom -- a stringed instrument in the dulcimer family -- and bass.

Dirst is professor of music at the Moores School of Music at the University of Houston and founder and artistic director of Ars Lyrica Houston.

Marcelo Bussiki, music director and conductor of the Brazos Valley Symphony Orchestra, said, "This set of concertos have a special place in the orchestral repertoire and I wanted to perform them with most of our principal players from the orchestra. It is an opportunity to showcase our musicians in solo parts."

Ann Thompson will discuss Bach and the concertos in a free presentation in the Rudder Theatre Complex at 4 p.m.

A patron social hour will follow the concert at Napa Flats.

Speaking of Bach, a unique event is coming up the end of this week to celebrate the brilliant composer's 333 birthday. Bach Around the Clock is a 20.5-hour festival of Bach's music to be held at St. Thomas Episcopal Church, 906 George Bush Drive in College Station.

Admission is free, but a free-will offering will be accepted to cover expenses.

Bach Around the Clock is the brainchild of Natalie Burns, a local Suzuki violin teacher, who is organizing the event with Bronius Motekaitis. Burns participated an a similar event at Trinity Episcopal Church in New Orleans.

The concert will run from 10:30 p.m. Friday through 7 p.m. Saturday. Bach Around the Clock will follow a free concert of music for classical guitar, featuring the music of Joaquín Rodrigo. Isaac Bustos and Andrea Imhoff will perform at 7 p.m. Friday at the church.

Bach Around the Clock is described as a "fantastic, musical extravaganza" and will use St. Thomas' new pipe organ, baby grand piano and harpsichord. Other instruments are welcome and may be available at the event.

Although there is a schedule of performances, any musician is invited to show up and perform. If you wish to perform, it would be helpful to email Bonnie Harris-Reynolds at music@stthomas.org with your preferred time.

For more information, go to www.BrazosLife.org.

Unlike other area theaters, Navasota Theatre Alliance observes a January through December season and already has completed its first presentation of the new year.

Looking back on its successful 2017 season, the Theatre Alliance honored a number of actors and technical people.

Judith LaFontaine was honored for her service on her retirement from the theater's board of directors.

Navasota Theatre Alliance's next production will be The Psychic by Sam Bobrick, which runs April 13 through 29. Tickets are available at navasotatheatre.org.

The Children's Museum of the Brazos Valley is introduced its newest exhibit, an Air Med Helicopter, a child-sized replica of the actual CHI St. Joseph AirMed 12 rescue helicopter. The exhibit is sponsored by CHI St. Joseph Health.

Museum Executive Director Jabot' Colvin said, "We believe this exhibit and its programs will motivate children to have fun and learn about how CHI St. Joseph Health is committed to excellence in trauma relief and their commitment to a healthier community."

The Children's Museum of the Brazos Valley is located at 4001 E. 29th St., Suite 80 in Bryan. It is open Tuesdays through Saturdays from 10 a.m. to 5 p.m. Admission is $7 for adults, $6 for children and $5 for seniors. Children 1 and younger are admitted free.

For more information or to become a member, go to cmbv.org.

• Today and Monday -- Auditions for Big, the Musical, The Theatre Company, behind JoAnn Fabrics and Crafts in Bryan's Tejas Center, 6 p.m. both nights. (www.theatrecompany.com)

• Through May 13 -- Joseph Henry Sharp: Visions of the Past, Forsyth Galleries in the Memorial Student Center at Texas A&M, Tuesdays through Fridays 9 a.m. to 8 p.m. and Saturdays and Sundays, noon to 6 p.m. Free (uart.tamu.edu)

• Through Wednesday -- Gods in the Western Midlands: The Immortal Achievements of Wedgwood, Woodall & Webb, Forsyth Galleries in the Memorial Student Center at Texas A&M, Tuesdays through Fridays 9 a.m. to 8 p.m. and Saturdays and Sundays, noon to 6 p.m. Free (uart.tamu.edu)

• Through June 2 -- Bits and Bytes: The Innovation of Home Computers, Brazos Valley Museum of Natural History, 3232 Briarcrest Drive in side the Brazos Center in Bryan, $5 for adults, $4 for seniors, students and children. (www.brazosvalleymuseum.org)

• April 21 -- Annual Sundown Social sponsored by the Washington on the Brazos State Park Association at Rockin' Star Ranch in Brenham, featuring a steak dinner, cocktails and a performance by singer Dale Watson, 6 p.m. (979-830-1824 or office@wheretexasbecametexas.org)

Items for Arts Watch should be emailed to robert.borden@theeagle.com. Deadline is noon Tuesday before the weekend you want it to run.

"Don't let it be forgot, that once there was a spot, for one brief shining moment, that was …

'Play it Again, Sam' running at StageCenter this month

Combine the ghost of Humphrey Bogart, a dose of romance, plenty of laughs and a talented cast and you have Play It Again, Sam, opening a three…