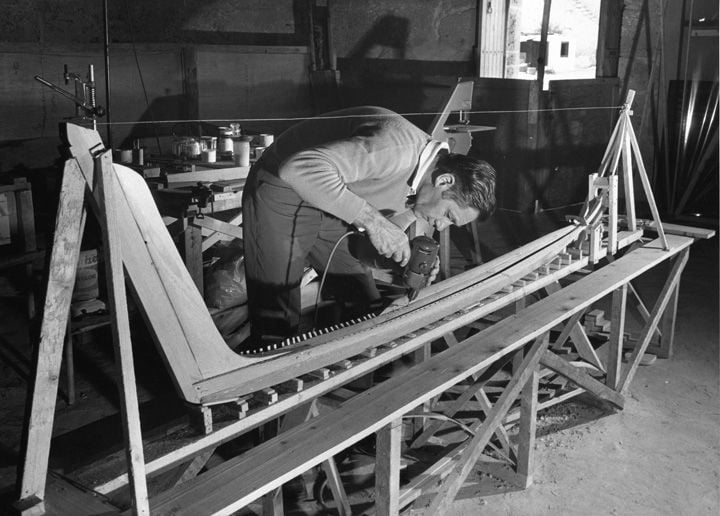 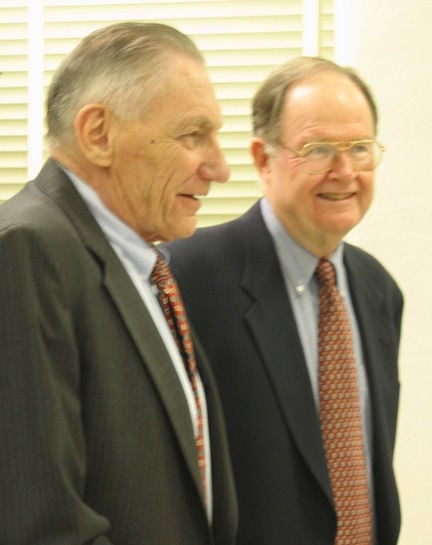 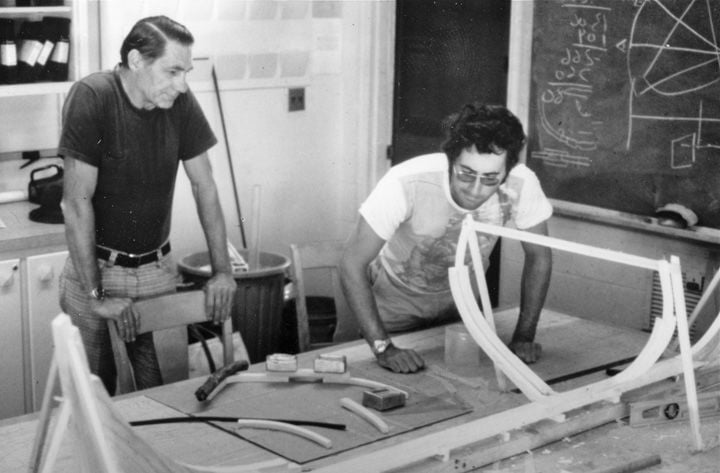 Dick Steffy (left) in his Research Annex ship lab with a graduate student. 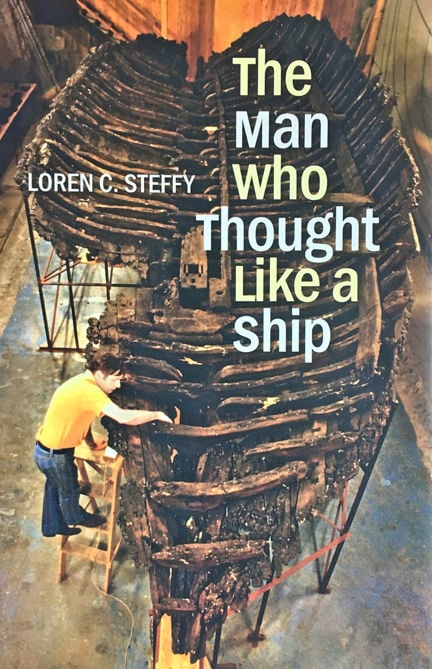 Dick Steffy (left) in his Research Annex ship lab with a graduate student.

The Texas A&M Ship Reconstruction Laboratory, unique among American universities, got its start in an old military barracks at what is now the RELLIS Campus.

Through the years, the "Ship Lab" has been a place where "shipbuilding through time" is studied and advanced using a wide range of methods, from hands-on modeling to computer simulations.

When A&M launched its Nautical Archaeology Program in 1976, a lack of space on the main campus pushed the ship lab into a forgettable building at the school's Research Annex on the outskirts of town.

J. Richard Steffy, the lab's founding director and known as "Dick" to his friends and students, was elated with the setup, despite its humble appearance.

It was a definite improvement over the two-car garage of his College Station home where he had held labs during his first year at the school.

According to the Texas A&M College of Anthropology website, Nautical Archaeology "is the study of the remains of boats and ships and the cultures that created and used them."

How Steffy turned that interest as a long-standing personal hobby into a university teaching and research position, while earning for himself and Texas A&M an international reputation in the field -- all while he had no more than a technical school education -- is one of the most remarkable stories in the annals of RELLIS history.

Both the program and the institute were the vision of George F. Bass, a pioneer in the field of underwater archaeology.

In 1960, while still a doctoral student at the University of Pennsylvania, Bass directed the first complete subaqueous excavation of an ancient shipwreck.

That achievement, off the coast of Turkey, led to funding from a wide range of sources, including the National Geographic Society. The eastern Mediterranean Sea became the focal point of Bass's research, given the preponderance of centuries-old sunken vessels there.

Bass's 1963 National Geographic magazine article on the excavation of a Byzantine shipwreck near the Turkish island of Yassi Ada caught the attention of a model-boat enthusiast who had long been fascinated by ancient ships.

For nearly 20 years, Steffy had worked at his father's electrical contracting business in the small southeastern Pennsylvania town of Denver. In his spare time, Steffy constructed ship models, winning prizes at hobby shows for the intricate details he crafted into his replicas of ancient boats.

After returning home from World War II, Steffy sought to further his education under the G.I. Bill, but his dreams of "big engineering projects" gave way to his responsibilities as a husband and father and the financial stability found working at his father's side.

Within the pages of National Geographic, Steffy found a kindred spirit in Bass.

He wrote Bass what amounted to a fan letter.

"He asked me if he could make a model of the ship featured in the article," Bass recently said from his Bryan-College Station area home.

That request triggered what would become a lifelong partnership and friendship between the two.

Bass discovered that Steffy was no "mantelpiece" model-maker. Despite a lack of formal education, Steffy took seriously his study of ancient vessels and his long hours working on models offered an advancement in thinking from almost anything that had been done in the academic world.

When Bass became a professor at Penn, he called upon Steffy to assist in his seminar on ancient seafaring.

Ten years later and thanks to Bass, Steffy was holed up in a seaside castle on the coast of Cypress, successfully reconstructing the hull of a 2,300-year-old ship from its excavated remains.

It was a modeling hobby taken to the extreme and something, scientifically, that had never before been accomplished.

About that same time, Bass launched the American Institute of Nautical Archaeology. With numerous projects in Cypress, Bass initially based his institute there, But, soon the nation erupted into civil war, destabilizing the region and throwing Bass' plans into disarray.

Stymied at every turn, Bass moved to Denver, Pennsylvania, so that he and Steffy, by that time an employee of the institute, could more easily ponder the organization's future.

Despite his previous ties to Penn, Bass opted not to return to the Ivy League school. A colleague had a friend at Texas A&M and suggested Bass reach out to the university.

Somewhat surprisingly, Bass's inquiries were eagerly received by A&M officials. Soon, the school offered to host the institute, suggesting "America" be dropped from the name to give it a more international scope. The university also hoped Bass could put together a graduate program in nautical archaeology.

There was one catch. Steffy's lack of educational credentials -- not even a bachelor's degree -- meant he could not teach at the school.

Bass insisted an exception be made on behalf of his friend.

"I pointed out that Dick was unique," Bass said, "having been the first person in the world to reassemble for display in a museum the hull of an ancient ship.

"Dick was already lecturing around the country for the Archaeological Institute of America and was rated one of its best speakers."

At the time, A&M was aggressively building its liberal arts college. The university eventually accepted Steffy as a member of its faculty, but with few privileges.

As a reporter for the Houston Chronicle, Loren Steffy broke major stories on both the downfall of Enron and the BP Oil disaster in the Gulf of Mexico.

He has written a book about his father titled, The Man Who Thought Like a Ship, published by Texas A&M University Press.

"His students in those first years, out at what's now the RELLIS Campus, told me his class was unlike anything they'd ever taken," Loren Steffy said.

"Keep in mind, my dad had never been in a real college classroom. So, he taught the way he would have wanted to be taught himself, very hands on and tactile.

"The lab was where, my dad believed, the ships started talking. It was in his lab, alongside his graduate students, where he tested theories on the reconstruction of excavated ship remains."

He eventually became a tenured professor at A&M, but to his death in 2007, he never grew comfortable with his students calling him "Dr. Steffy."

The Nautical Archaeology Program moved onto the main campus in 1992. The ship lab Steffy conceived and shaped now bears his name.

And, the program he and Bass started together on the grounds of today's RELLIS Campus remains internationally acclaimed.

There was a time in America when a boy's interest turned to cars rather than computer games,…

Last night at Avenger Field in Sweetwater, a sellout crowd of more than 300 attended a dinne…

RELLIS Recollections: Three generations of the McNew family have ties to RELLIS campus

RELLIS Recollections: Baboons, bovines and bees: A part of RELLIS history, too

Texas A&M's programs often involve animals, so it's no surprise to find them on campus, whether it's cows, horses or honey bees.

Editor's note: This is the final installment in a 16-part series of stories on the history of The Texas A&M University System's RELLIS Campus.