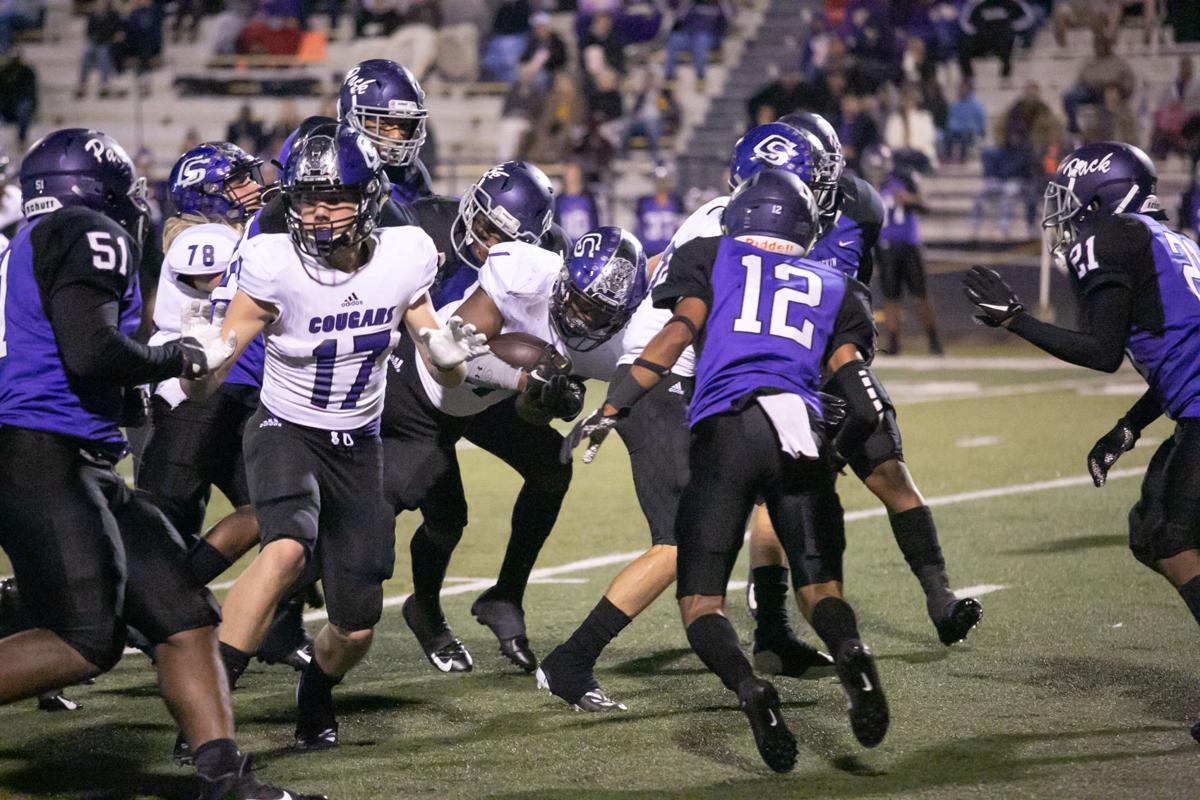 LUFKIN — Fifth-ranked Lufkin began the fourth quarter the same way it did the first, and it made all the difference.

The District 8-5A Division I favorite Panthers held off a College Station rally for a 31-21 victory Friday night at Abe Martin Stadium.

Senior quarterback Austin Sosa entered in the third quarter and led the Cougars (4-2, 2-1) on an 11-play, 80-yard drive, hitting sophomore wide receiver Houston Thomas with a perfectly placed 39-yard pass to set up his own 2-yard TD run. That cut Lufkin’s lead to 17-14 with just over 37 seconds left in the quarter.

“We thought the quarterback run game was going to have a chance there to kind of open some things up,” College Station head coach Steve Huff said. “It’s good to see [Sosa] get back out and be successful.”

Lufkin (6-1, 3-0) wasn’t fazed, though, and scored a pair of unanswered touchdowns to stretch its lead to 31-14 midway through the fourth quarter.

The Panthers’ connection between senior wide receiver Ja’Lynn Polk, a Texas Tech recruit, and junior quarterback Jordan Moore came alive as the duo made big plays to extend drives and set up the insurance TDs. Moore’s 22-yard pass to Polk got Lufkin into College Station territory, and moments later Moore dropped a 39-yard TD pass into the hands of wide receiver Kelton Wright just 90 seconds into the fourth quarter. Moore later scored the Panthers’ final TD on a 1-yard run.

Like in last season’s meeting, Lufkin got off to a fast start with a 14-0 first-quarter lead. A good punt return by Christian Reggie set up Lufkin on the College Station 41-yard line on its first possession, and running back Keshawn Clark scored on a 2-yard run out of the wildcat formation.

Clark also scored the Panthers’ second TD after an interception by Tre Odom again gave Lufkin good field position. Moore converted a fourth down on the drive with a 7-yard pass to Wright then ran for 22 yards on the next play. That helped set up Clark’s 4-yard TD run with 4:05 left in the first quarter.

“We knew the running game was going to be big tonight,” Huff said. “We knew that going into the game, and Roderick did a great job tonight. He kind of put us on his back there for a little while.”

Brown broke up the middle for a 46-yard TD run to put College Station on the scoreboard early in the second quarter. He finished with 150 yards on 27 carries and added three catches for 11 yards. Sosa threw for 97 yards on 10-of-13 passing, and Thomas had five catches for 79 yards.

College Station’s defense made several big plays in the second quarter and held Lufkin to just a 23-yard field goal by Caleb Encarnacion.

On Lufkin’s field goal drive, College Station senior linebacker Traevon Thompson caught the speedy Reggie by the shoestrings and tackled him for a 13-yard loss. Then Isaac Almaraz’s sack put Lufkin in third-and-29 at the College Station 32. Moore nearly converted, connecting with Ja’Lynn Polk on a 21-yard pass to set up the field goal.

Bryan football team falls to Cypress Lakes in District 14-6A