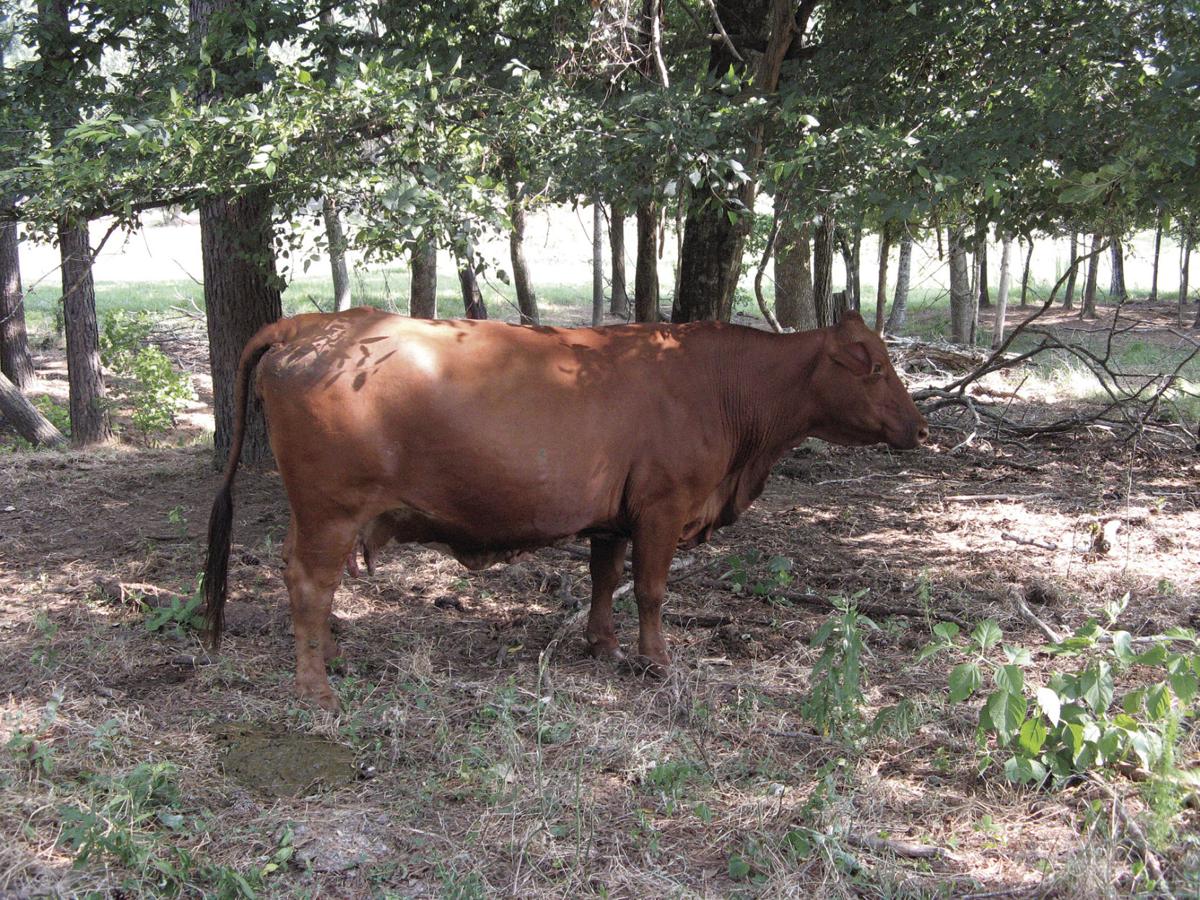 Abortions by BVD infected cows can occur at any time during gestation. 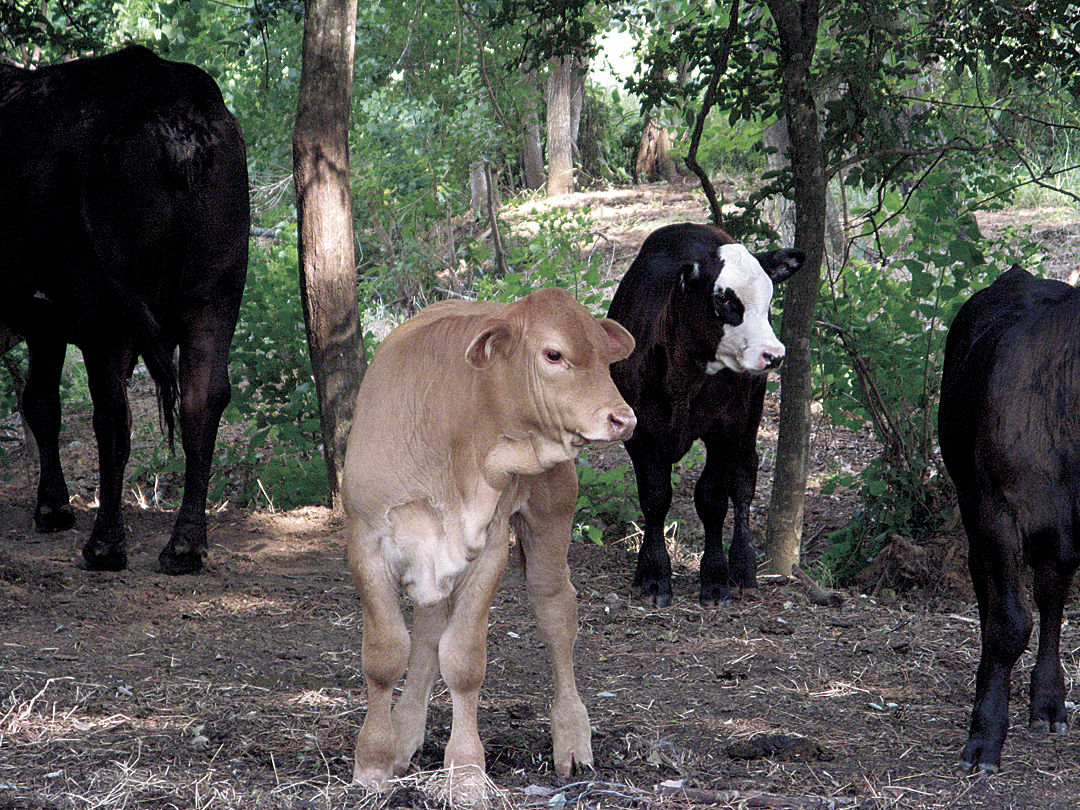 PI calves always are capable of transmiting the virus to other animals. 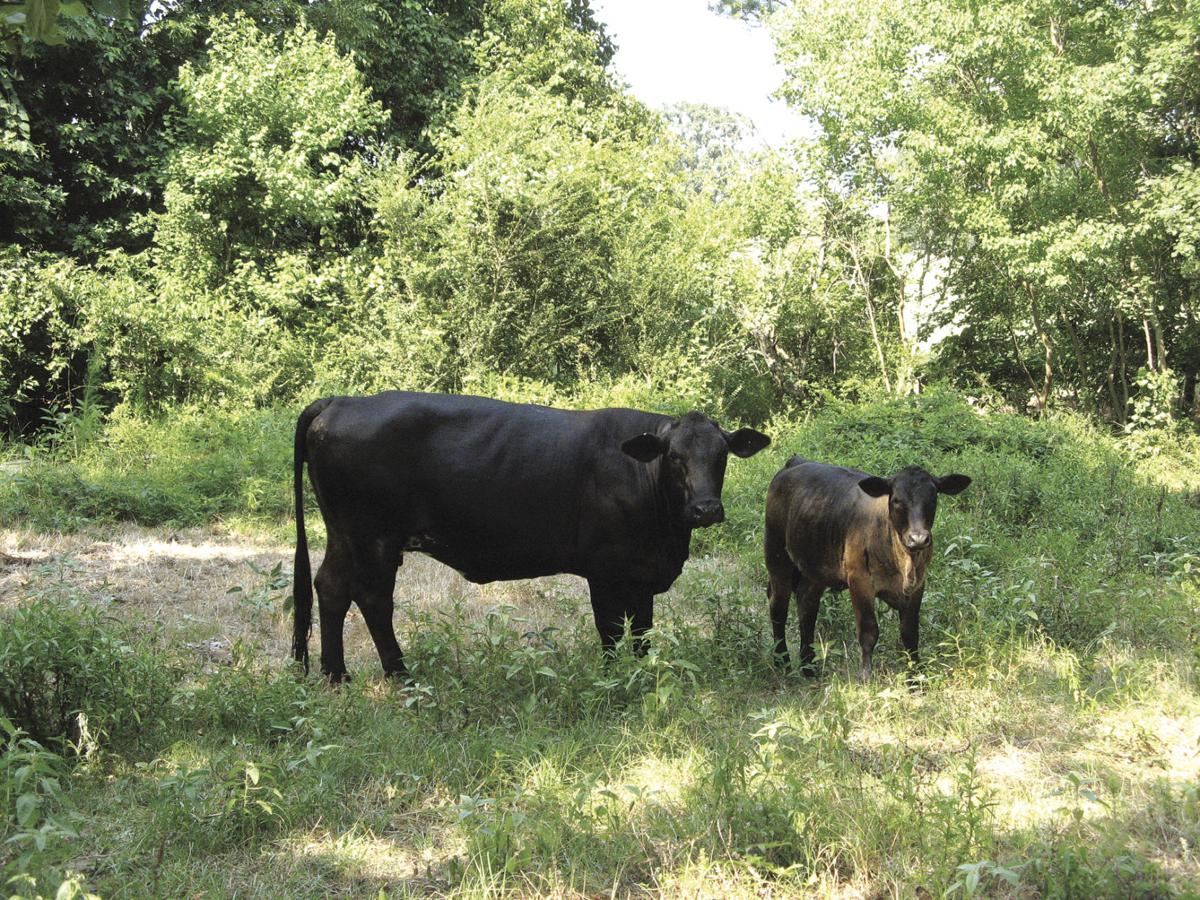 If a calf tests positive for BVD, test the dam to see is if she is positive as well.

Abortions by BVD infected cows can occur at any time during gestation.

PI calves always are capable of transmiting the virus to other animals.

If a calf tests positive for BVD, test the dam to see is if she is positive as well.

Many cattle producers consider BVD (Bovine Viral Diarrhea) as a stocker or feeder calf problem because of sickness and death the disease causes in young cattle. They fail to realize, however, that the virus can take a huge bite out of calving percentages. It commonly causes infertility, abortion or stillbirth in susceptible cows and heifers.

Caused by a virus, BVD attacks both beef and dairy cattle. Occurrences of this expensive disease remains a serious concern in the United States, probably because it often is undetected and control measures aren’t exercised. Due to its significance, BVD is discussed at numerous beef cattle seminars and field days, including every Annual Texas A&M Beef Cattle Short Course.

“The virus can affect the respiratory, immune, nervous, blood or circulatory and reproductive systems,” said Dr. Tom Hairgrove of the Texas A&M AgriLife Extension Service. “The most economically important consequence of this disease is reproductive loss.

“Scientists first believed that the disease was related to diarrhea and intestinal tract damage; hence, they named it bovine viral diarrhea. About 70 to 90 percent of all BVD infections go undetected.”

“When BVD is passed from dams to their fetuses in the first third of their pregnancy, the calf may become PI because of an undeveloped immune system,” Hairgrove said. “If the fetuses live, the calves will remain infected all their lives.

“[Persistently infected] animals do not shed virus continuously, but often in large amounts when under stress,” said Dr. James England of the University of Idaho. “The quantity of shed virus may overcome the natural or vaccine immunity of other cattle in the herd, causing acute BVD development. Perhaps the greatest hazard is that the shed virus may infect a fetus, either within the PI cow or in a previously uninfected cow. This fetus may then become a PI calf and continue the infectivity cycle.”

“Abortions by BVD infected cows can occur at any time during gestation,” Hairgrove said. “At the beginning of the calving season, premature births and stillbirths are common. Some calves are born alive but may die quickly. Even with intensive care many infected calves die within a few hours.

“Losses are usually epidemic when BVD is first introduced into a non-immune pregnant herd. Once BVD-PI animals establish infection in the herd, losses continue but not as dramatically.”

“Primary tools for BVD control include a proper vaccination program, practicing bio-security and identifying PI animals and selling them for slaughter,” England said. “A producer should vaccinate all replacement heifers after they are six months of age but at least one to two months before breeding. Cows should be vaccinated annually, 30 days before the breeding season commences.”

Research studies have shown that more than 95 percent of BVD fetal infections result from exposure of dams to PI animals. Dams of most PI newborn calves are BVD negative, indicating the dams themselves are not PI. Vaccination without identification and removal of BVD-PI animals may not prevent BVD problems in cattle herds.

“An effective biosecurity plan reduces chances of introducing disease into the herd,” said Dr. Lee Jones, field investigator for the University of Georgia Tifton Veterinary Diagnostic Laboratory. “New arrivals are kept separate from the herd for one to two months and watched for signs of disease before putting them with other animals. During this quarantine period, testing can occur to determine if the animals carry or have been exposed to BVD or other pathogens.

“This is also a good time to vaccinate the new additions and get them on the same health program as the main herd. If the new cattle are pregnant, test the calves soon after birth to determine if they are BVD negative. Cows that have been exposed to BVD virus can pass it to their developing fetus without developing any outward signs of infection,” Jones said.

“Biosecurity focuses on preventing introduction, while bio-containment is focused on preventing spread of disease,” Jones said. “Implementing a good general management plan to identify and manage known risks in the herd will help interrupt spread of BVD and many known pathogens.

“One of the most effective management tools for improvement of animal health, performance and fertility is to use controlled breeding and calving seasons. Eliminating exposure of the breeding herd to a source of BVD prevents future PI calves.

“Calving is an especially vulnerable time for cows and calves, so reducing pathogen exposure during this time gives cows and calves time to recover from this stressful period. Shortening the calving season, moving dry cows onto fresh pasture to calve and calving first calf heifers separately from the main cow herd are strategies that limit the exposure of cows and calves to pathogens such as BVD.

“There are several situations in which laboratory testing is needed such as diagnosing the cause of disease, identifying infected animals, herd surveillance and marketing BVD free animals,” Jones said. “Requirements for good diagnostic tests are accuracy, economical and rapid.

“If an animal is showing clinical signs of illness, a whole blood sample (purple cap tube) needs to be taken and sent to the lab. If abortions have occurred it is imperative to send in as much fresh tissue as possible from the aborted fetus or the whole fetus with placenta. A blood sample from the dam, at this time, may help determine if she is acutely infected.

“Looking for antibodies in the serum could make diagnosis easier but a second sample 30 days after the first sample (convalescent sample) is necessary for comparison. Accurate, rapid results are needed to know how to treat effected animals and protect other members of the herd.”

Knowing the origin of purchased cattle and the producer’s reputation helps to ensure that you are buying BVD-PI free animals. If you purchase pregnant, BVD-free heifers, you must test their calves to determine if they are BVD free. Individual blood samples or tissue samples, such as ear notches, are applicable for testing.

“Not all BVD positive cattle are PI,” Jones said. “It is recommended to retest BVD positive animals four to six weeks after the initial test.

“In some cases, BVD positive animals are acutely infected but not persistently infected. Animals with acute infection may be able to recover from the disease and not become BVD carriers.

“Whole herd screening involves testing all animals, which is appropriate if there is suspicion that BVD might be affecting the herd’s health or reproductive performance. Screening is also important for maintaining a BVD negative herd,” Jones said.

If a calf is negative then the mother is negative as well, so we get the benefit of testing the pair for one test fee. If the calf is positive, test the dam to see if she is BVD positive. If the dam is negative (not a PI), the likely source of BVD fetal infection was dam exposure during gestation to another infected animal. The dam became acutely infected and was able to overcome the disease.

“Having documentation of BVD test-negative animals aids in marketing cattle,” Jones said. “BVD negative feeder calves have sold for premiums in some marketing programs. After a herd has been test-negative for a few years, it is only necessary to test market animals and all additions to keep adequate surveillance on herd BVD status.”

There are many laboratories from which to choose for BVD testing, but the one most commonly used in the Land and Livestock Post reader area is the Texas A&M Veterinary Medical Diagnostic Laboratory in College Station. It is important to select a lab with a verifiable quality control process and uses the correct tests in the correct way. False negative tests are worse than false positive because it gives a false sense of security and increases chances of infecting other cattle. The Veterinary Medical Diagnostic Laboratory has a record of accuracy and reliability.

BVD management should be part of ranch operational procedures because of the disease’s negative impact on calving percentage which results in reduced profits.