Noble Research Institute photo Most people would say that nutrition is the most important factor contributing to poor fertility. 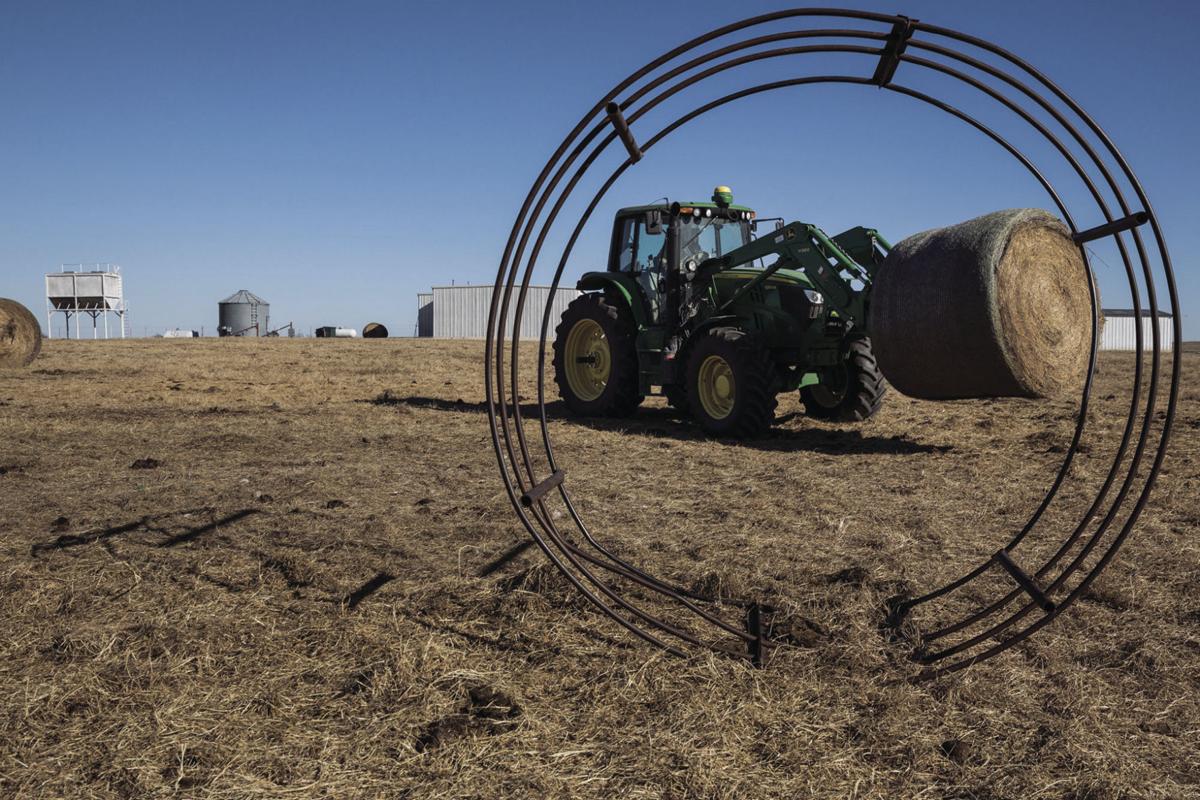 Noble Research Institute photo Reproductive failures can occur in any cow-calf operation and lead to a significant chunk of the financial loss incurred from that calf crop.

Noble Research Institute photo Most people would say that nutrition is the most important factor contributing to poor fertility.

Noble Research Institute photo Reproductive failures can occur in any cow-calf operation and lead to a significant chunk of the financial loss incurred from that calf crop.

Achieving high pregnancy rates is an important goal in every cow-calf operation. After every breeding season, we either are satisfied with the results or wondering why our pregnancy rates were so low and focusing on ways to improve them.

Traditional thinking trains us to be satisfied with our results when we have met the industry average, or are as good as, if not better than, our neighbor's pregnancy rates. Nontraditional thinking should redirect our focus more on the causes of some of these failures and on correcting or minimizing the problem.

Reproductive failures can occur in any cow-calf operation and lead to a significant chunk of the financial loss incurred from that calf crop.

5. Leaving the bulls in too long

I can already tell that some of you are shaking your head "yes" in agreement with this statement. This is not scientific but rather common sense. The longer we leave the bulls in with the cows, the more likely we are to shift some of the herd to calve later in the season. This ultimately causes some of the cows to fall out of the herd because they come up open. We have trained some of those animals that it is OK to go through several attempts to get bred. Sometimes when those animals are stressed prior to or during the breeding season, it makes it that much easier for that animal to fall out of the breeding season. There are also other pitfalls to leaving your bulls in too long, including lack of uniformity in your weaning date, weaning weight and marketing of calves. Although fertility is lowly heritable, we can select for fertility within your management through a shorter breeding season. "Defined" is the key word in a defined calving season.

A good herd health program is invaluable. It helps prevent certain diseases such as blackleg, pink eye and respiratory diseases, as well as some diseases that can cause reproductive failure at different stages of pregnancy. Infection by these pathogens (viruses, bacteria, and protozoa) can reduce significantly your calving rate through abortions and stillbirths. Bovine viral diarrhea (BVD) virus can cause abortion if the cow is infected in the first three months of gestation and is transmitted through horizontal transmission (animal to animal) or vertical transmission (dam to fetus). Infectious bovine rhinotracheitis (IBR) virus can cause abortion from four months of gestation to term and is transmitted horizontally through direct contact or airborne. Brucellosis (Bang's disease) is a bacterial disease that causes abortion at any stage of pregnancy and is transmitted through direct contact of milk or via the aborted fetus, afterbirth or other reproductive tract discharges.

Most people would say that nutrition is the most important factor contributing to poor fertility, and I agree to an extent. Cows need to be in good body condition at calving to speed up uterine involution (recovery process) and reduce the days to first estrus. If a cow starts off in a low body condition at calving, the increase in nutrient demands during and after calving can delay a cow's ability to recover from calving sooner and begin cycling again. Good management practices allow a producer to increase nutrient availability during the last month of gestation, depending on the nutritional status of the cow at that time, to ensure those cows are maintained at a body condition score of 5 to 6 at calving. Cattle that calve in a poor body condition can still conceive during a longer breeding season; however, those cattle typically will conceive later on in the breeding season, eventually falling out of the herd because she was open.

Bull management is overlooked most of the time and often comes second to cow management when it should be the other way around. Fertility issues with one cow only affect one calf. Fertility issues with one bull could affect up to 30 calves, or lack thereof. Breeding soundness exams are a cheap investment when compared to the alternative with a sub-fertile bull. A study conducted at Kansas State showed that pregnancy rates dropped more than 6% in cows serviced by bulls that did not have a breeding soundness exam conducted compared to bulls that passed a breeding soundness exam prior to the breeding season. Statistics show that 1 out of 5 bulls are sub-fertile across a random population. We sometimes are guilty of not paying attention to the bulls when they have their work clothes on, meaning when they are out with the cows. Problems with the bull during the breeding season often are not detected until after the breeding season or pregnancy diagnosis at weaning, and then it's too late. It is always a good practice to monitor each bull's behavior throughout the breeding season and to make sure he is breeding cows. There are multiple reasons why a bull may not be servicing cows, such as lameness, disease, other mature bulls or a lack of libido. Libido is a measureable trait and measures how aggressive a bull is at servicing a cow, regardless of any management or environmental factors that may get in his way. While we spend a lot of time on managing our cows, we need to spend more time managing and observing our bulls and how they perform during the breeding season.

Probably the biggest contributor to reproductive failure is one we cannot control, and that is embryonic mortality during early pregnancy. Up until recent years, early detection of pregnancy was limited due to method of detection (ultrasonography and blood test vs. rectal palpation alone). In addition, survival rates early on during pregnancy were difficult to diagnose until recent findings. Recent work has reported that early embryonic survival in beef cattle at seven days after breeding is approximately 95%. That means almost all cattle conceive and have a live embryo within the first seven days of gestation. By day 28, embryonic survival has dropped to approximately 70%. There is a 25% loss in embryo survival from day 7 to day 28 of gestation. By day 42, embryonic survival is approximately 62%. Why there is such a drop in embryonic survival is still not understood. Is it management, environment or genetic?

These five contributors to reproductive failure should be evaluated every year. With this in mind, identifying what contributed to a failure is the first step to improving the results of an outcome. Once we accept that, we can react on that and reduce or eliminate the failure.

Reproductive failures can occur in any cow-calf operation and lead to a significant chunk of the financial loss incurred from that calf crop.

Most people would say that nutrition is the most important factor contributing to poor fertility.