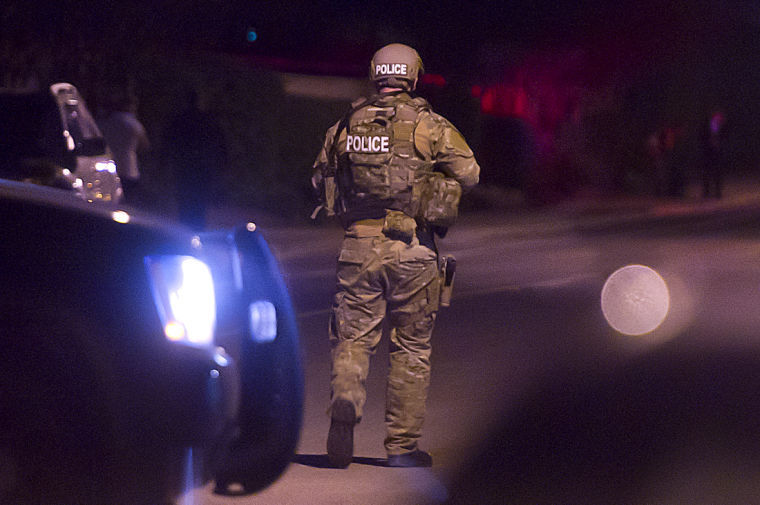 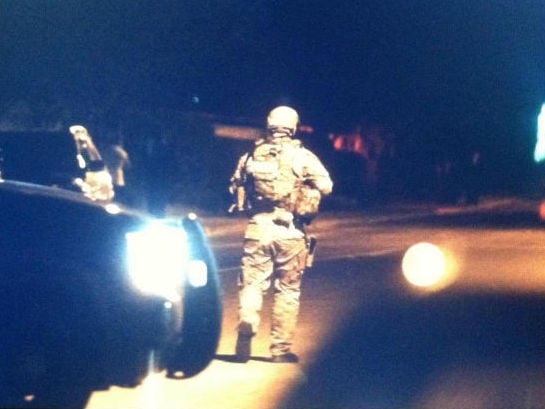 College Station's SWAT team arrested a man in the 600 block of Harvest Street about an hour after authorities said he fired a gun during a fight with a family member, then barricaded himself inside the home. 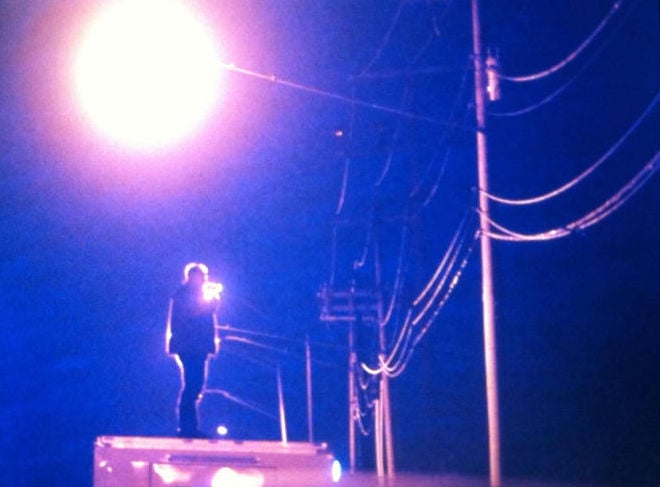 College Station police late Tuesday evacuated homes in and around the 600 block of Harvest Street after witnesses said a man fired a gun inside the house during a fight with a family member. The incident was resolved within an hour and the 20-year-old man was arrested on several charges. 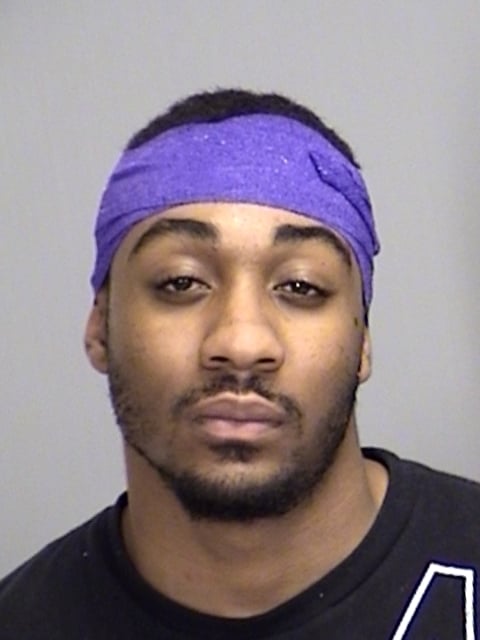 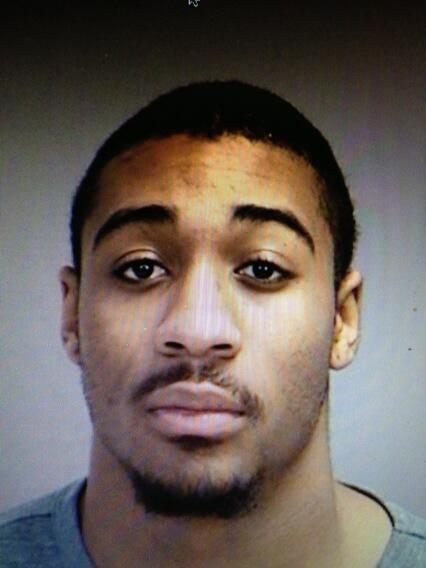 William Herring, a 20-year-old College Station man fled from police after they were called to his house late Tuesday.

College Station's SWAT team arrested a man in the 600 block of Harvest Street about an hour after authorities said he fired a gun during a fight with a family member, then barricaded himself inside the home.

College Station police late Tuesday evacuated homes in and around the 600 block of Harvest Street after witnesses said a man fired a gun inside the house during a fight with a family member. The incident was resolved within an hour and the 20-year-old man was arrested on several charges.

William Herring, a 20-year-old College Station man fled from police after they were called to his house late Tuesday.

SWAT team members arrested a man in a quiet south College Station neighborhood just over an hour after authorities said he fired a gun during a fight with a family member, then barricaded himself inside the home.

Family members escaped without injury, according to College Station police who were called to the 600 block of Harvest Street at 11:09 p.m. Tuesday.

Responding officers tried to make contact with the man, but the effort was "met with negative results," according to a statement released early this morning by Lt. Chuck Fleeger.

He said as officers worked to evacuate nearby homes to Cypress Intermediate School while setting up a perimeter, the suspect fled through his backyard.

More than two dozen officers covered the area near Graham Road and Victoria Street, while traffic was not allowed within several blocks of the house on Harvest Street.

At 12:09 a.m., police took 20-year-old William Herring into custody as he attempted to get back into his fenced backyard, Fleeger said.

He was charged with assault on a family member and evading arrest, both of which are Class A misdemeanors punishable by up to a year behind bars. Fleeger said more charges are possible and the case remained open. Previous convictions include evading arrest, DWI and possession of marijuana, according to jail records.

About half of the residents in the neighborhood are Texas A&M students, including a few who took to Twitter once the heavy police presence was noticed.

Noticing lights flashing outside his house, Hayden Greer peeked outside expecting to see someone getting pulled over. Instead, he witnessed College Station police officers holding automatic weapons, so he said he immediately logged in to his Twitter account.

Over the next hour, the 20-year-old sophomore political science major used the hashtag #LiveTweetTheNeighborTakedown to describe the scene as it unfolded.  His view was from a closet window on the second floor. He said he never was more than 100 yards away from the action and watched as the suspect hopped a fence.

Though nearby houses were evacuated, Greer said he didn't fear for his life because all his doors were locked and he felt he could defend himself.

"I didn't expect this at all," he said after the incident was over. "We're just five guys living in a five bedroom house off Meadow View and had a crazy night happen."

When asked about whether he was worried he was giving away the location of the officers, Greer said any man "dumb enough to involve himself in a domestic violence case of that magnitude isn't going to be smart enough to check Twitter for a hashtag concerning police locations, but I did stop tweeting exact locations once I thought about it."

If you were witnessing a crime and could see the movements of suspects and police, which one of the following would you do?

I guess the tweeter was more criminal than the twetee.

About to give up on the Eagle staff and their continuing misuse of the word "man". This guy is no man. MALE, but for sure not a man. Use the proper word Eagle. Males like him are losers and not MEN. End of sentence.

I live in the neighborhood where this occurred and am very thankful for the CS Police Department. They acted swiftly and efficiently, making sure everyone was kept as safe as possible. I am also thankful for the reports done by The Eagle and KBTX, so that we know more of what went on, without hearing all the details that are none of our business.

Surprised that they had to put down their radar gun and ticket book to answer a real call for service are ya?

This story is so overblown and to add to it that someone tweeted it live, is that really news? C'mon Eagle!

because one family member (the Dad) is the one who owned, got and shot the gun....then ran like a scared little girl leaving his 20 yr old son, William, to take the fall.

......I have been around this family. How do we know, and where is the report that (the Dad) is the one who shot the gun?!

Wow, could he really tell that the officer's guns were fully automatic (willing to bet they weren't) from across the street when no shots were fired?

Come on, lay off the sensationalist buzz words and stick with facts here. Why does every rifle have to be an "automatic weapon"?