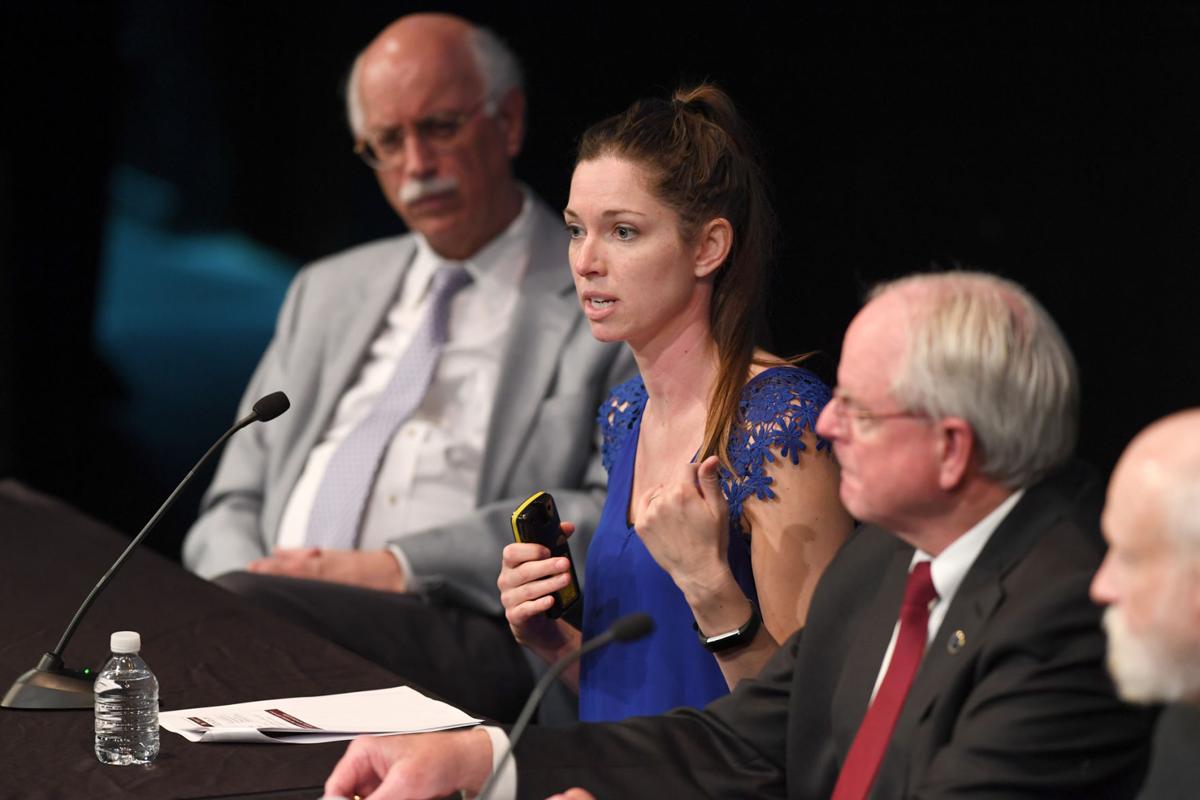 Christine Crudo Blackburn, deputy director of the Pandemic and Biosecurity Policy Program, shares what is known about COVID-19 during a panel discussion at Texas A&M's Rudder Forum Monday evening. 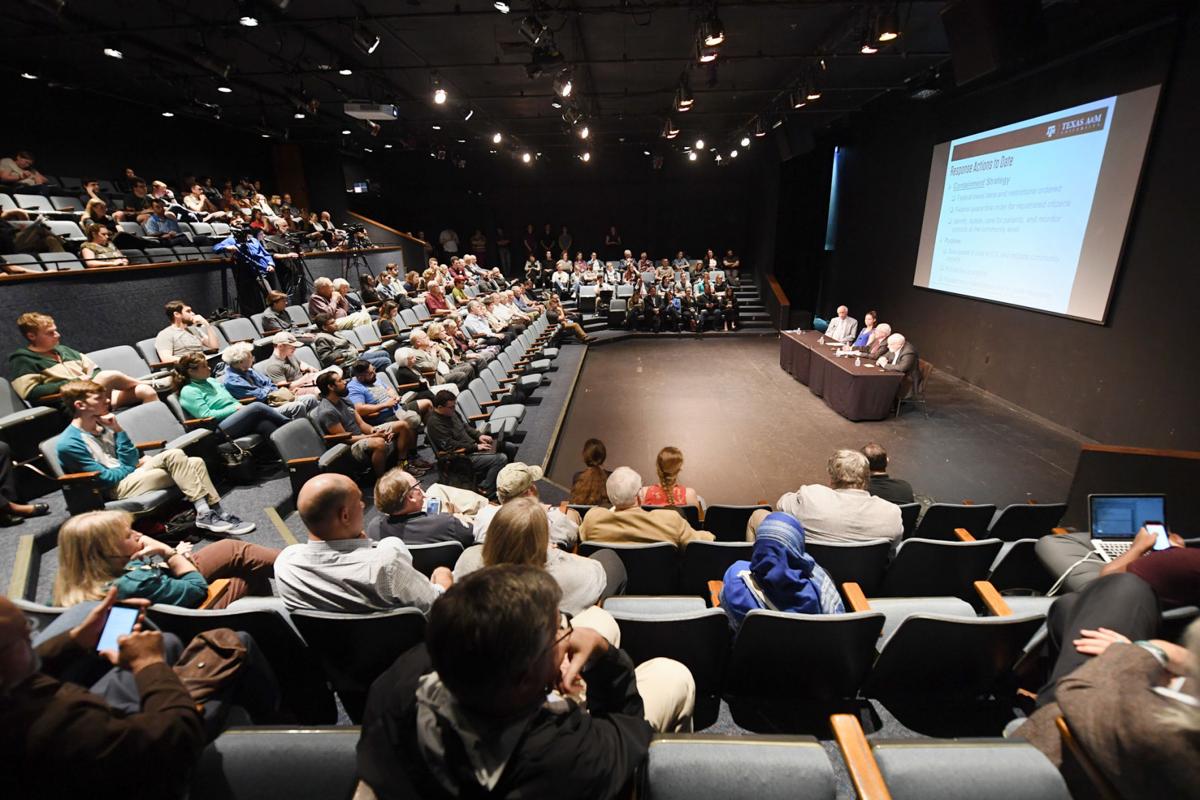 A panel of experts participate in a discussion about the coronavirus outbreak on Monday at Texas A&M's Rudder Forum.

Christine Crudo Blackburn, deputy director of the Pandemic and Biosecurity Policy Program, shares what is known about COVID-19 during a panel discussion at Texas A&M's Rudder Forum Monday evening.

A panel of experts participate in a discussion about the coronavirus outbreak on Monday at Texas A&M's Rudder Forum.

Four Texas A&M University experts hosted a public forum Monday evening at Rudder Forum on the A&M campus and shared analysis of the spreading coronavirus strain. The panelists urged the use of routine best-health practices and continued attention to information about the virus. They also stressed that residents not panic as the local risk remains low.

Six people in the United States have died from the illness that the World Health Organization named COVID-19. The Associated Press reported Monday evening that the worldwide death toll from COVID-19 is now just over 3,000, and that the number of those infected is approximately 89,000 people in 70 countries. The new coronavirus was first identified in Wuhan, China.

Gerald Parker, director of the Pandemic and Biosecurity Policy Program within the Bush School of Government and Public Service, said the number of U.S. cases jumped from 22 late last week to approximately 100 as of Monday evening. The World Health Organization and the Centers for Disease Control and Prevention have said that the global threat is high, and has been for some time, Parker said.

“There’s certainly been a lot of activity in the United States over the past week,” Parker said. “In the United States, despite this high threat on the global stage, we still remain at low risk of contracting coronavirus in our community — but that could change, and change rapidly, so we need to stay alert.”

Andrew Natsios, a Bush School professor who is the director of the Scowcroft Institute of International Affairs, moderated as audience members handed in coronavirus-related questions ranging from scientific to political.

Christine Crudo Blackburn, deputy director of the Pandemic and Biosecurity Policy Program at the Bush School, said that the strain’s transmission dynamics may be closer to influenza than SARS or MERS, and that there is evidence that people may be contagious before they begin experiencing symptoms. She said that the incubation period is two to 14 days, according to the CDC.

“The mortality rate for people over 80 is 14.8%,” Blackburn said of those infected. The rate drops along with age, with infected people ages 50-59 having a mortality rate of 1.3%. Natsios said that children and other young people have so far been less susceptible to COVID-19. A recent CDC study indicated that no children under age 9 have died from the coronavirus strain.

Natsios said in response to an audience question that health experts are so far unsure whether warming temperatures will slow the spread of the virus.

Glen Laine, former vice president for research at A&M and director of the Michael E. DeBakey Institute for Comparative Cardiovascular Science and Biomedical Devices, said that routine preventive health advice — such as washing one’s hands for at least 20 seconds, using strong hand sanitizer, coughing into one’s elbow and staying home if sick — may seem obvious, but is essential in preventing the spread of the coronavirus and other viruses.

“The issue with biological events is that they are self-perpetuating,” Laine said. “The best way to maintain a healthy environment is not to get contaminated. … In the United States, we have probably the best infection control protocols in the world, particularly in our health care facilities.”

Parker praised Brazos Valley officials for what he described as high levels of preparedness and responsiveness as the coronavirus situation continues to unfold.

At the close of the event, Natsios urged people across the political spectrum, and especially public officials, to use measured language when discussing the coronavirus strain.

“Don’t scare people, don’t say things unless you’re sure of it and unless there’s empirical research,” Natsios said. “And don’t use exaggerated language. … We don’t want to scare the public, but we need to be candid about what the risks are.”

Bush School experts warned of lack of preparation for pandemic

Pandemic experts Gerald Parker and Christine Blackburn will be the focus of a television show that airs tonight on KAMU-TV.