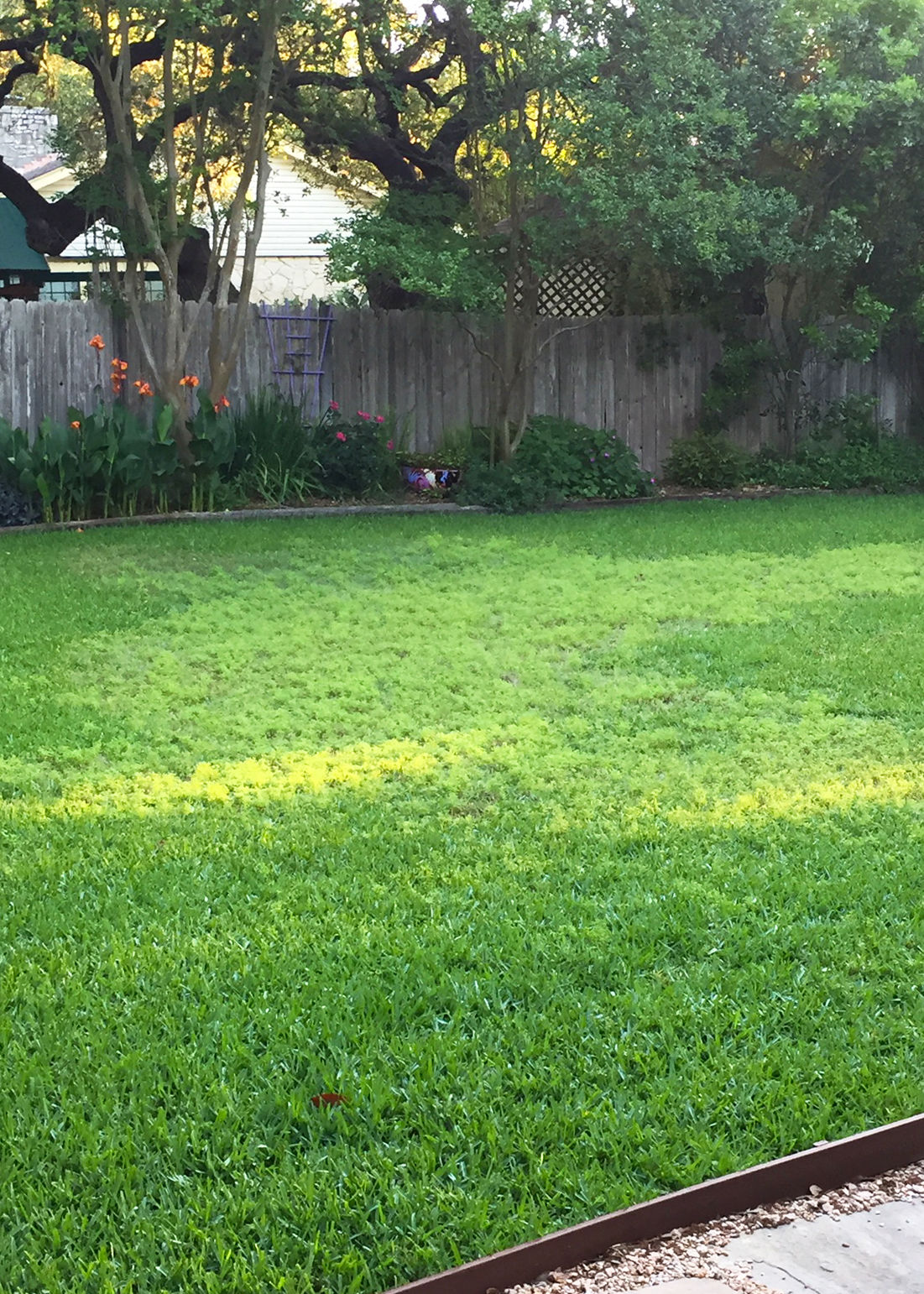 To control oxalis, apply a broadleafed weedkiller spray containing 2,4-D. Include one drop of a liquid diswashing detergent to help hold the herbicide on the weed's leaves. 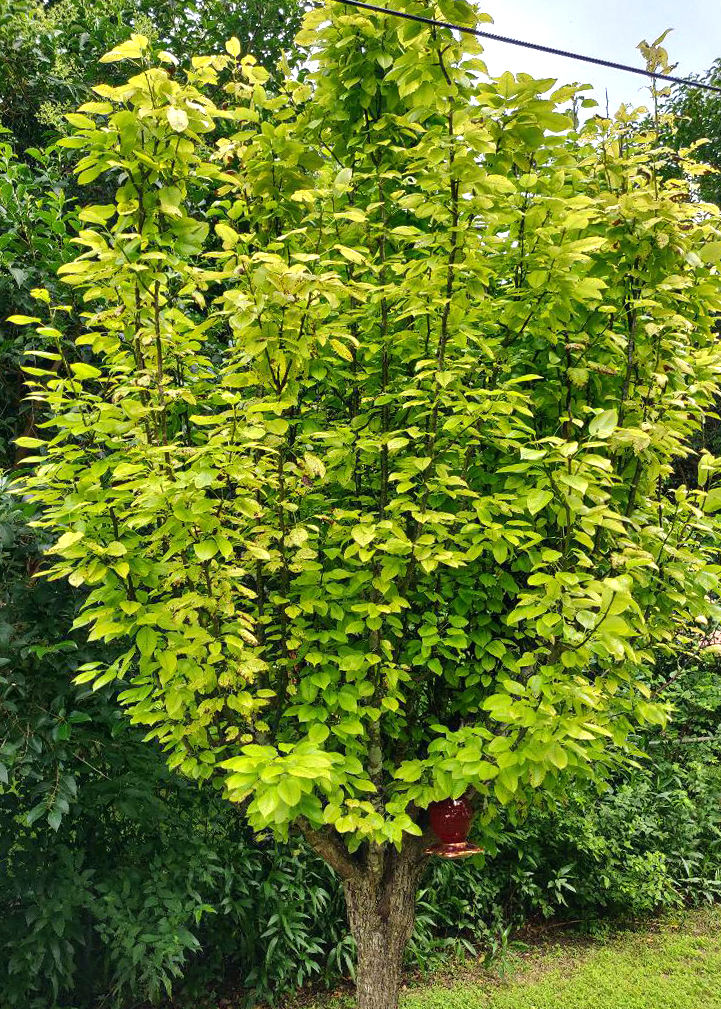 To fix an iron deficiency in your pear tree, apply an iron additive to the soil around it, but be sure it also contains sulfur to keep the iron in a soluble state. 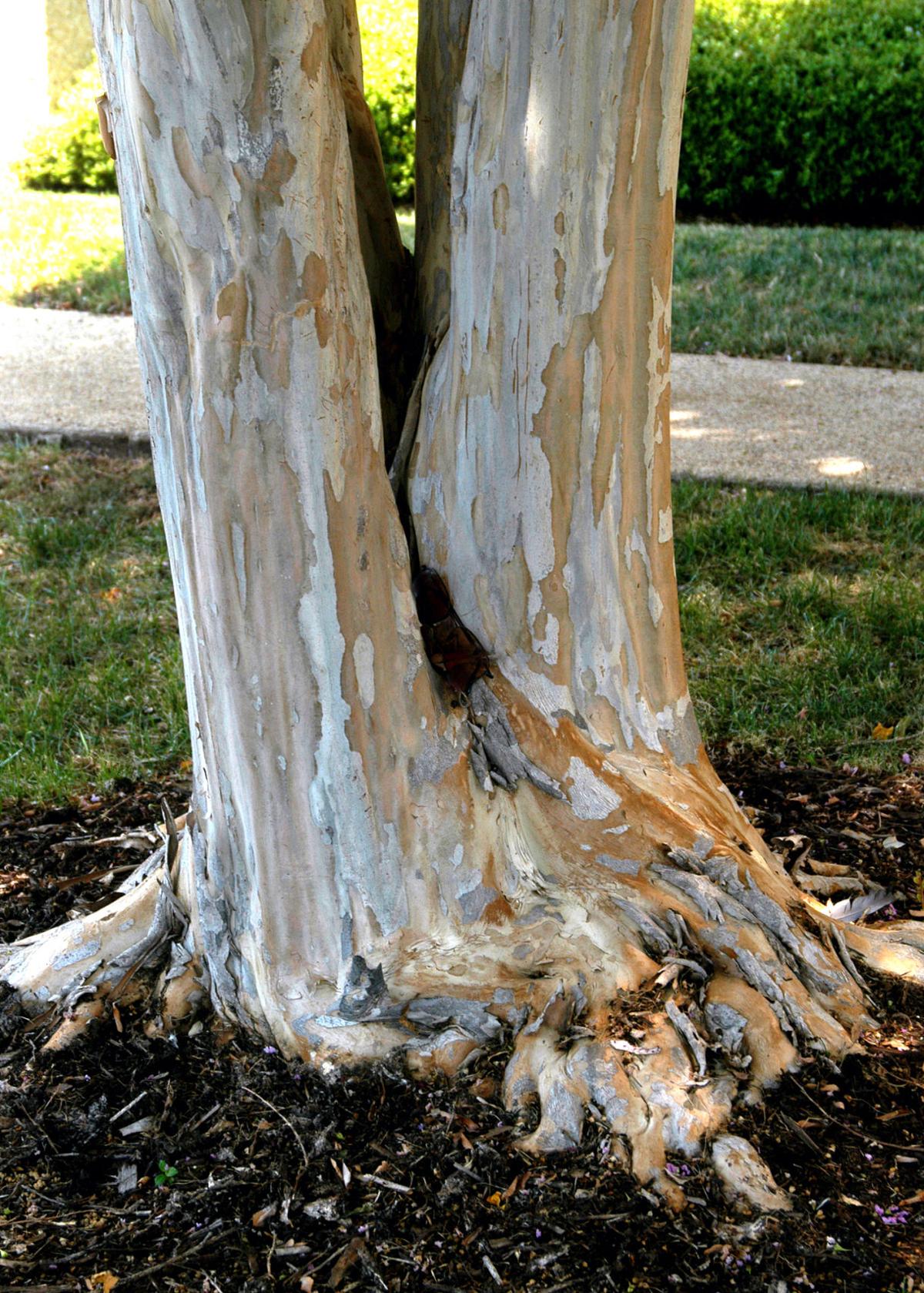 Crape myrtles develop thick trunks with large root flares that broaden at the interface with the surface of the soil. 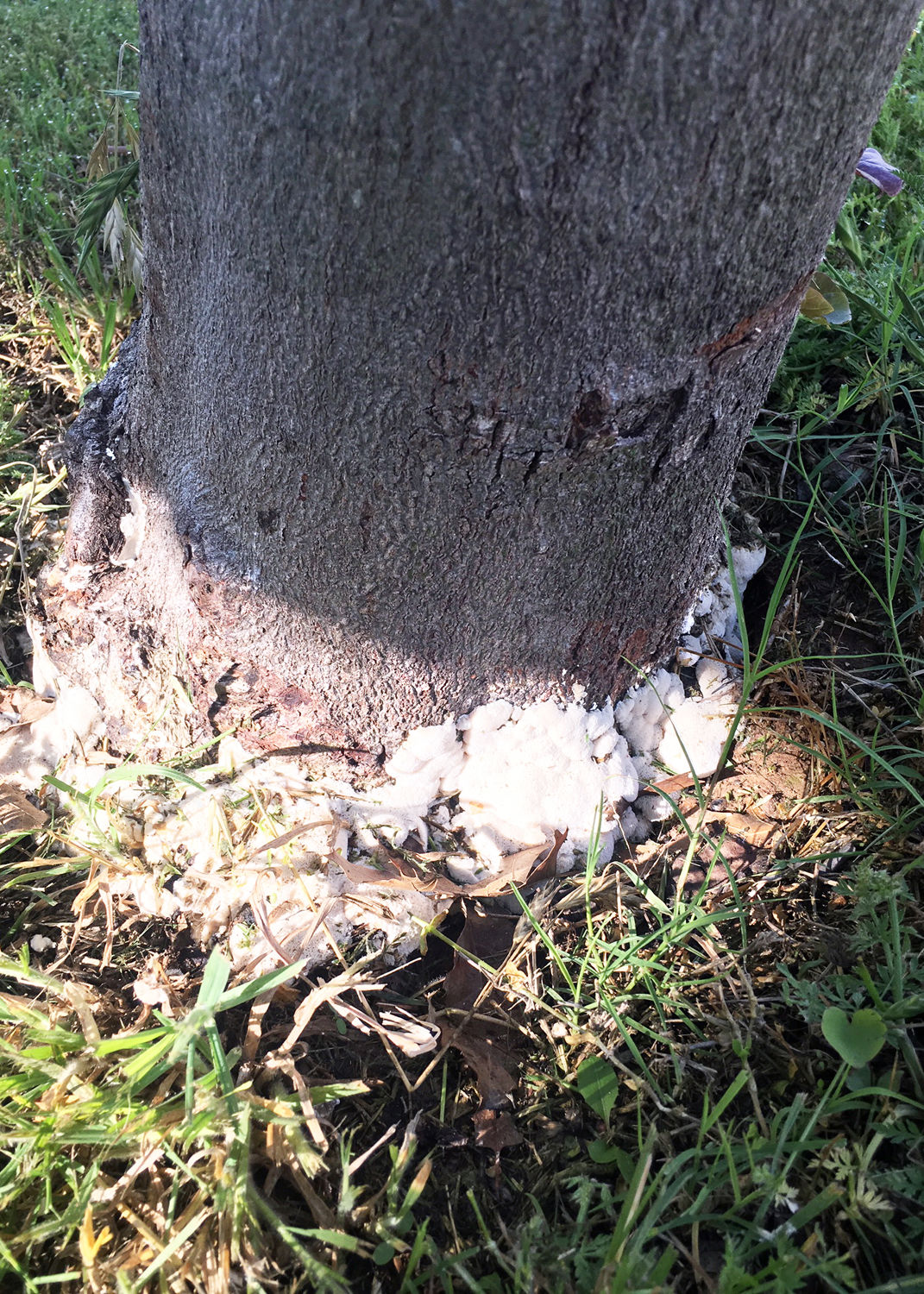 The fungus attacking this Oklahoma redbud may have led to incompatibility or decay inside of the trunk, which may kill the top of the tree.

To control oxalis, apply a broadleafed weedkiller spray containing 2,4-D. Include one drop of a liquid diswashing detergent to help hold the herbicide on the weed's leaves.

To fix an iron deficiency in your pear tree, apply an iron additive to the soil around it, but be sure it also contains sulfur to keep the iron in a soluble state.

Crape myrtles develop thick trunks with large root flares that broaden at the interface with the surface of the soil.

The fungus attacking this Oklahoma redbud may have led to incompatibility or decay inside of the trunk, which may kill the top of the tree.

Dear Neil: How can I get rid of oxalis in my St. Augustine/bermuda lawn? It is growing in an area where it’s too sunny and hot for St. Augustine to grow. Will it die out when it gets really hot, or should I spray to kill it? What should I use?

A: You’ve given me lots of room to work. First, St. Augustine grows perfectly well in full sun and hot weather. All sod farms in South Texas, for example, are in full sun. It might be that chinch bugs killed the St. Augustine in those areas last summer. They also like sun and heat. That may have given the oxalis a chance to get started. As for controlling it, apply a broadleafed weedkiller spray containing 2,4–D. Include one drop of a liquid dishwashing detergent to help hold the herbicide on the weed’s leaves. Repeat the spray as needed. Oxalis seed capsules literally explode when they are mature, sending seeds far and wide, so you’re likely to have to treat a couple of times.

Dear Neil: Why might small citrus fruits abort? We had lots of flowers, but soon after the fruits appeared they all fell off.

A: Assuming the plant wasn’t exposed to a late frost and that it wasn’t subjected to strong winds or suddenly bright sunlight after being indoors for the winter, my prime guess would be that the flowers didn’t get pollinated. You might not have had good bee activity around the plant while it was blooming.

Dear Neil: I have small sprigs growing from larger oak limbs. I had the tree trimmed two years ago by a professional company that cleared most of the large branches. I can fine-cut these with clippers. Should I still paint over them with sealant? When can I do the trimming?

A: If they’re pencil-sized you probably wouldn’t need to apply pruning sealant. However, it never hurts. Nor would it hurt to wait until mid-July to remove them. By then the fungal mats that serve to spread oak will would be inactive because of the heat.

Dear Neil: This tree in the backyard has recently developed these spots you can see in the photograph. We just moved into this house and don’t know if it is susceptible to a disease. What should we do?

A: I believe you have a pear tree, and it appears to be suffering serious iron deficiency. It must be growing in extremely alkaline soils or else there is some other contributing factor such as a gas leak or weedkiller damage. I would apply an iron additive to the soil around the tree, but be sure it also contains sulfur to help keep the iron in a soluble state. A local Texas Certified Nursery Professional would be able to show you the products that are in the marketplace. Keep all iron products off masonry and painted surfaces to avoid staining. I will also warn you that this is extreme iron chlorosis and it’s very possible that you may not be able to pull this tree out of it.

Dear Neil: I know that you want to keep the root flare of oaks and other large shade trees exposed — not covered up with soil. Does that also extend to crape myrtles?

A: Yes. In fact, they’ll take care of that for you. They develop thick trunks with large root flares that broaden at the interface with the surface of the soil.

Dear Neil: You recently recommended Round Up in one of your answers. It gets into the soil and kills bees. I think you should retract your recommendation of it.

A: I believe you may have your products confused. There has been ample discussion of whether glyphosates (active ingredient in Round Up) might lead to cancer, but the EPA on April 28 reaffirmed its earlier announcement that glyphosates do not cause cancer in humans. The systemic insecticide Imidacloprid has been suspected of being involved in bee colony collapse, but entomologists and other agricultural scientists worldwide now feel that it is much more likely that there are many factors combining to result in decreases in bee populations and that the insecticide is not the main factor. I look to the EPA and Texas A&M and other Land Grant university specialists for my information, and I am at peace with what I have written. I do appreciate your concern, however.

Dear Neil: What could I apply to my avocado tree to control something that is eating holes in its leaves?

A: It would help to know what the pest might be. For many chewing insects Sevin dust would work well, although for looping types of caterpillars the organic insecticide Bacillus thuringiensis is far more effective.

Dear Neil: Fire ants are getting into our raised beds. How can we get rid of them without ruining our vegetables?

A: Either use one of the insecticides that is labeled to control individual mounds of the fire ants within edible crop areas or use an area-wide bait around the perimeter of the garden. I do both.

Dear Neil: I am seeing recurring fungal growth at the base of my Oklahoma redbud, even though I clear it away and apply a fungicide. The top of the tree is in distress.

A: This is, indeed, a fungus, and it appears to be attacking the tree at the graft union where the Oklahoma top growth was budded onto the seedling rootstock. There is some kind of incompatibility or decay going on inside the trunk, and I fear that you are going to end up losing the top of your tree. There is probably nothing you can do to stop it. I wish I had better news.

Dear Neil: I’ve noticed that some of my lantanas produce seeds, and they don’t seem to flowe…