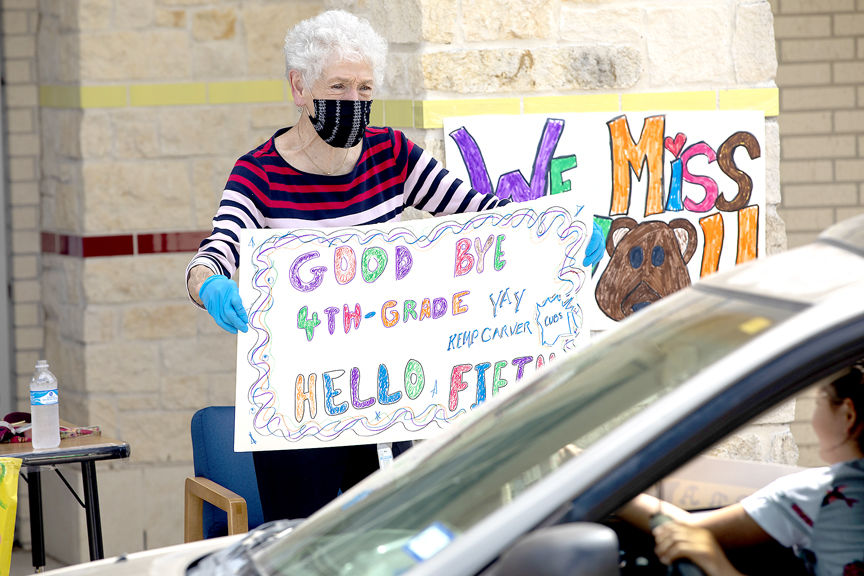 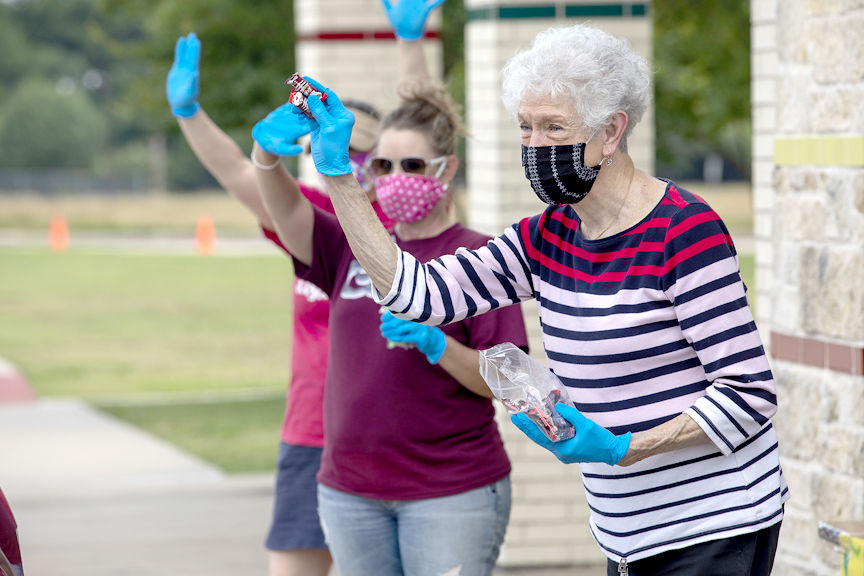 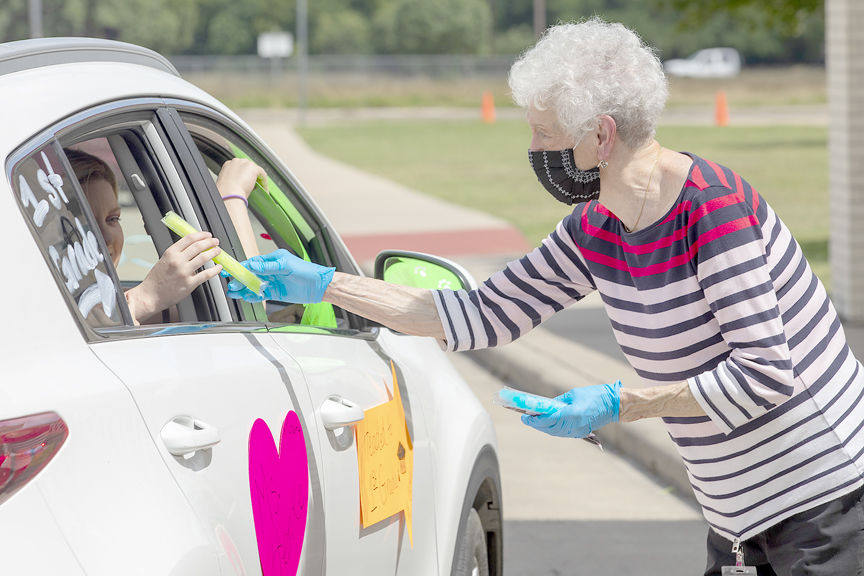 Assistant Principal Judy Hughson hands out popsicles during an end-of-school-year parade at Kemp-Carver Elementary School in Bryan on Friday, May 22, 2020. Hughson is retiring after more than 50 years serving the school district.

Assistant Principal Judy Hughson hands out popsicles during an end-of-school-year parade at Kemp-Carver Elementary School in Bryan on Friday, May 22, 2020. Hughson is retiring after more than 50 years serving the school district.

After more than 50 years in the Bryan school district, Judy Hughson ended the school year handing out ice pops and candy to students as they drove through the Kemp-Carver Elementary School parking lot.

The Kemp-Carver faculty surprised Hughson with a retirement parade on May 15 that included former students and colleagues, as well as current teachers, students and administrators.

“I’m flattered that somebody thinks that maybe I made a difference,” she said. “I hope I did; I hope I am doing. I hope I’m still making a difference, but in a different way.”

Hughson, a 1958 graduate of Stephen F. Austin High School in Bryan, began her teaching career in 1962 in Mesa, Arizona, because the salary was a healthy $3,000 a year.

After one year in Arizona, she moved back to Bryan and began her 50-plus year stay in the district at Milam Elementary School teaching third grade. She has taught third grade, fourth grade, sixth grade and high school and served as a principal — the longest at Hammond-Oliver Health Sciences Academy for 20 years — and most recently as assistant principal at Kemp-Carver.

She called the move to Kemp-Carver five years ago a “full-circle” moment because she taught sixth grade at the school when integration came to Bryan.

Even though it had been a few years since she had been in an elementary school, Kemp-Carver Principal Alison Boggan said, “Her eyes just lit up when she walked in the door.”

Hughson said her parents did not graduate high school, and she did not think college was a possibility for her. Borrowing $25 from her oldest brother for the admission and then $500 each semester for tuition at a small college in Iowa, she earned her degree and fulfilled her dream of becoming a teacher.

“I loved teaching, and I just loved kids,” she said. “It was so much fun to see them learn how to add, how to spell and how to read. The more they learned, the more excited I would get. They weredelightful kids, and they were from all walks of life.”

In her career, she has seen students’ fashion change, class sizes decrease and technology increase. One thing that does not change, though, is the students.

A key element, she said, is students need someone to believe that they can achieve their goals.

“I think we just have to find our niche, and then fan that fire for as long as you can,” she said. “I think there’s a place for everybody, and I found mine.”

One thing she has always tried to create in every school she has been, she said, is a community that feels like family.

“This is where we spend our time and we help each other and we’re kind to each other,” she said. “That works from adult to kid, as well as from kid to adult. It’s a two-way street.”

Boggan said Hughson has emphasized to her the importance of the relationships. A trip somewhere that should take five minutes, she said, will take 45 minutes because of all the people Hughson sees and takes time to talk to.

“That’s exactly what I want when I become her age,” Boggan said. “I want to go somewhere and I want people to say, ‘Oh, my gosh, Mrs. Boggan, I remember you from Kemp-Carver from so long ago.’ It just makes everybody understand that we do play a huge part in the lives of our kids and their families, and it’s not just the five years that they’re here. It carries onforever.”

In the school, Boggan said, Hughson brings a glow to the hallways with her smile, wit and words of affirmation.

“She does it in a handwritten note,” Boggan said. “You can go into people’s classrooms, and those handwritten notes that she’s written for people and just left them on their desk are now on their bulletin boards because it means a lot to people.”

Reflecting on her career, Hughson called it a “delightful experience.”

“Really and truly, I don’t think I would change a thing,” she said.

During retirement, she said, she wants to visit her brother in Florida, have fun with her grandchildren who live in Caldwell and do more gardening in her new house.

“It’s limited to how much digging I can do and weed pulling I can do,” she said, noting the quadruple bypass surgery she had in February. “… It’ll just be a low-key life for a while.”