There is a new engine in town.

Bryan-College Station residents may have seen a maroon and white fire truck driving around Aggieland since it went online May 20, emblazoned with special designs and references to the College Station Fire Department’s relationship with Texas A&M University. Firefighters and drivers at Station 3 on Barron Road have been training on the new truck for the past month, learning all of the new bells and whistles.

“We’re so fortunate that we have the support of city management, the city council and the citizens,” College Station Fire Department Public Information Officer Carter Hall said.

The engine is a quintuple combination pumper — referred to simply as a quint — and is one of a kind in Bryan and College Station, according to Station 3 Fire Captain K. Simmons. The quint is a multifaceted fire-service apparatus that provides a combination service as an engine that can pump and carry water in addition to serving as a ladder truck.

Simmons said that the truck is equipped with a 500-gallon tank and can pump 1,500 gallons per minute. It also features the tallest ladder in the city — 107 feet at full extension.

The truck was purchased as a part of the department’s regular truck replacement schedule. Just like how people save up for a new vehicle, Hall said, the city has proactively and continually set aside funds for vehicle purchases to avoid having trucks in service for too long.

“When the times comes to purchase a new truck, instead of having to pull out ... whatever the cost of the truck might be, [the city] has allocated the money throughout the years for it,” Hall said.

Hall said the university was excited to work with the city and station on the design of the quint, assisting in the design process to assure that everything down to the shade of maroon was perfect.

The truck made its debut at the Hall of Champions during a recent Texas A&M Engineering Extension Service fire training event.

“It was amazing to see the response to a maroon and white fire truck at Kyle Field; they just loved it. ” Hall said. “We knew it was going to be a hit before we got it, but actually putting it out there and seeing people’s reaction to it, taking photos with their Aggie ring and a thumbs up, and reposting them online [affirmed that].”

Although this design is a first for fire trucks, Hall said there are other vehicles in service that sport the maroon and white, such as fire marshal trucks and special operations vehicles.

“When Fire Chief Jonathan McMahan came [a couple of years ago], he said that it is crazy that we have one of the largest universities in our backyard that we provide fire protection for and ... he said, ‘Let’s look at putting some maroon and white fire trucks out there to pay respects to Texas A&M.’ This is just part of the process and was the next fire truck that came up,” Hall said. 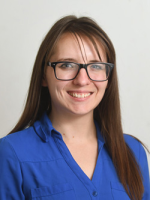 To whom ever chose this theme must not understand that these are publicly funded dollars from the City of College Station and with that being said. The city of college station is the city of college station and that Texas University of A&M is TAMU. Believe it or not. Not everyone in this town is in support of the Aggie network as they call it these days. The real question is how much is it going to cost to get this truck into the City of College Station's White and Blue Spec's to keep with the City of College Stations (Traditions) Not the TAMU Traditions? The real reason I propose this question is that to my knowledge the city of college station now has multiple people that get paid over inflated salaries and benefits to watch these Comments or Face Books or Snap chat or what ever they call it these day and that's all they do from the just of what I understand. They will probably be proof reading this statement for I. How about we spend those Face Books watching dollars on the men and woman who serve and protect our community rather than their PR stunts . But, if its anything like TAMU traditions!!! They cant even keep up with their own traditions. Their fight song is about a school they don't even play anymore. How much did the TAMU system have the City of College Station pay for the Licensing on this Rig!!! If it was a gift can they just willy silly give those to anyone. Last I heard there is a big royalty that even former students pay good money to place on there business. Well if you have read this then you can now go ponder on my opinion. Its just and opinion like everyone else's. Whoop!!!! Class of Never mind :)

One simple statement...What a waste of taxpayer's money.

You don't have to like it, but how is it a waste of taxpayer money? The truck is either painted and striped in maroon and white or blue and white. Either way it is getting painted and striped. No royalty / licensing fees were paid to A&M, so please explain how it is a waste based on its finish.