The former First Lady of Aggieland passed away Thursday morning.

Reveille VII, the American Collie who served as Texas A&M's mascot from 2001 to 2008, succumbed to a respiratory complication at about 10 a.m., said Dr. Stacy Eckman, the A&M veterinarian who had served as Reveille VII's primary caregiver. She was 12-and-a-half-years old.

The 70-pound purebred was admitted to the Small Animal Clinic at the College of Veterinary Medicine and Biomedical Sciences on Tuesday morning and had emergency surgery that afternoon. Caregivers said Reveille VII seemed to be recovering well from pneumonia-like symptoms on Wednesday and that the Thursday downturn was sudden and unexpected.

"Up until Tuesday morning, she was very healthy," Eckman said. "There were minor medical problems, but overall she was very healthy and had a good quality of life. It came on very suddenly, and she had a whole team of doctors here working on her, but in the end the best decision was made for her."

Reveille VII's immediate family, caregivers Tina and Paul Gardner of College Station, said she was beautiful and at peace when she passed.

"We've been married 46 years, and we've always had at least one dog, if not two," said Tina Gardner. "Each dog, just like each person, has its own personality. She really was a hoot. She was the most loyal, loving dog. She never ever once had it to where she was not the queen, the first lady and had a regal look about her. She always carried herself that way."

To thousands of Aggies, she was a former five-star general and the highest-ranking member of the Corps of Cadets. To the Gardners, who took care of Reveille after her 2008 retirement, she was a loving and caring pet. She wasn't too fond of lawn mowers, golf carts or skateboarders, but was clever and a big fan of food. She even swiped some candy and people-food she shouldn't have a time or two.

"She was a great eater," Gardner reminisced.

Reveille VII loved being a part of the Aggie family, Gardner said, but acknowledged that the public appearances and job duties were sometimes stressful for the former mascot. The retired life, she added, was much more relaxing.

"If you think about it truly, that's not a dog's natural life," Gardner said of the mascot's former duties. "It got too stressful for her, and that's why she got retired at a younger age. She was with us one or two days, and there was a noticeable difference."

Gardner choked up a few times when talking about the beloved pet and said that she appreciated the outpouring of support from the community and the university.

"We loved her so much," Gardner said. "It was a prestigious honor to have her in our home."

Brig. Gen. Joe Ramirez, commandant of the Corps of Cadets, said the death was a loss felt by the entire Aggie family.

"She represents our school, our tradition and what this university is all about," Ramirez said. "Anytime we lose a Reveille, it's a significant emotional event for all of us ... For those of us who are Aggies and wear the ring, it's like losing a member of our family."

Most details about the memorial service are unknown, but Reveille VII will share a view of the Kyle Field scoreboard for each home football game, along with the former Reveilles buried at the north end zone. Gardner said Reveille VII will likely have a full military funeral at Kyle field, similar to her predecessors, and that the memorial might be held in the fall, when students return from their summer vacations.

University officials said memorial service details will be announced as soon as they are finalized. 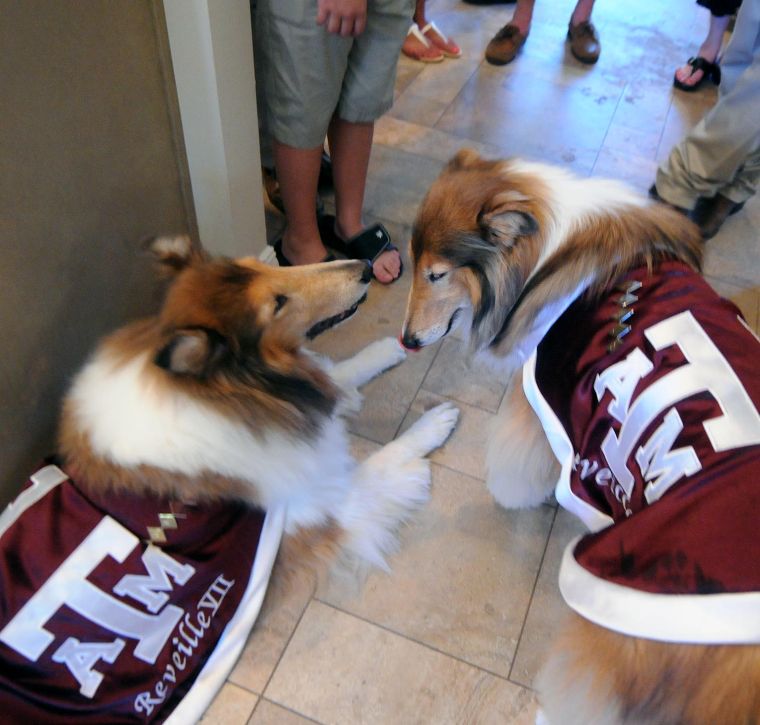 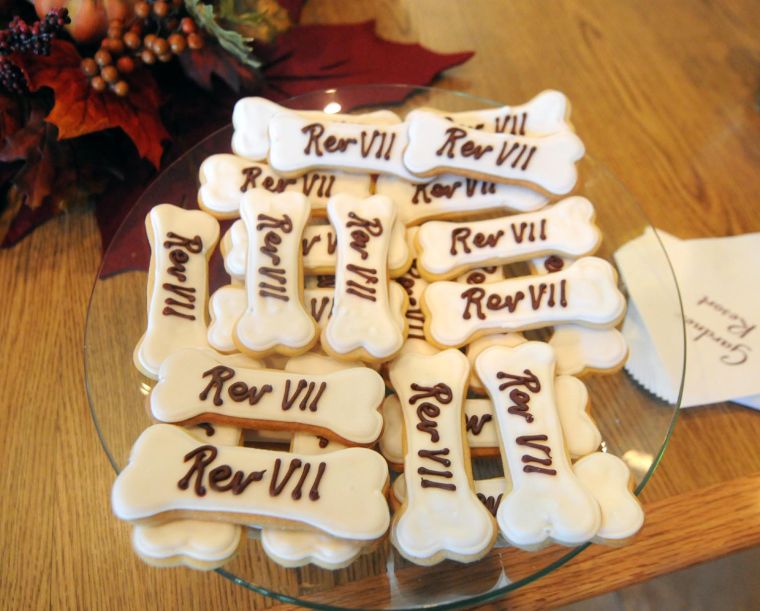 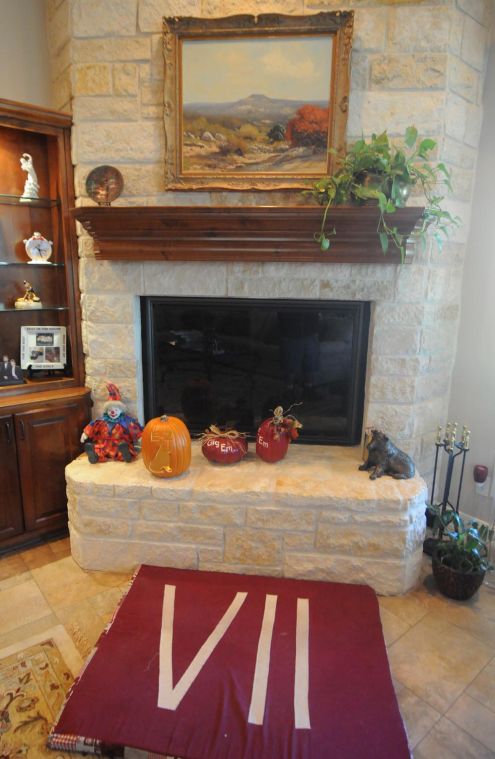 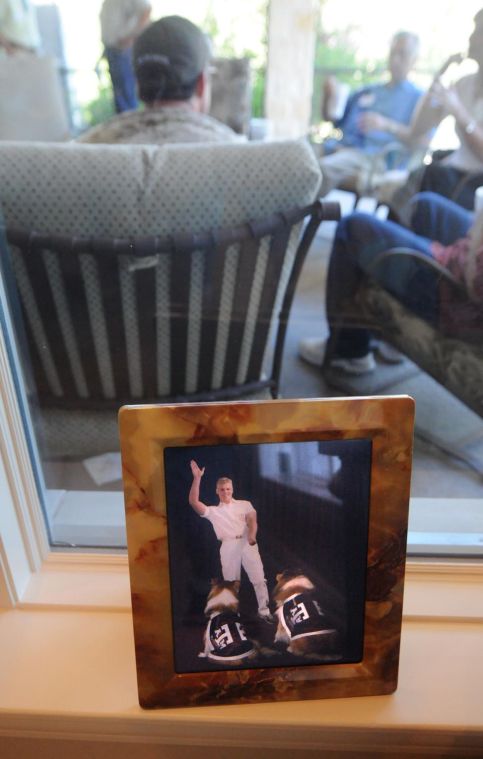 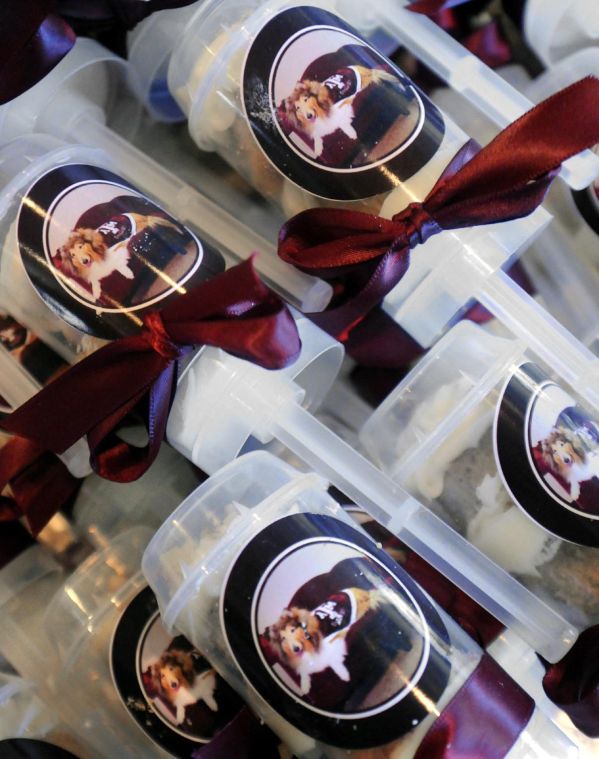 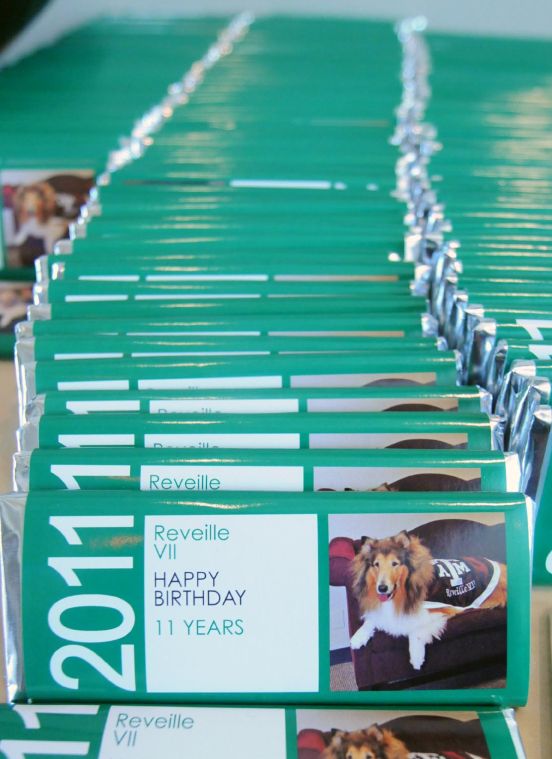 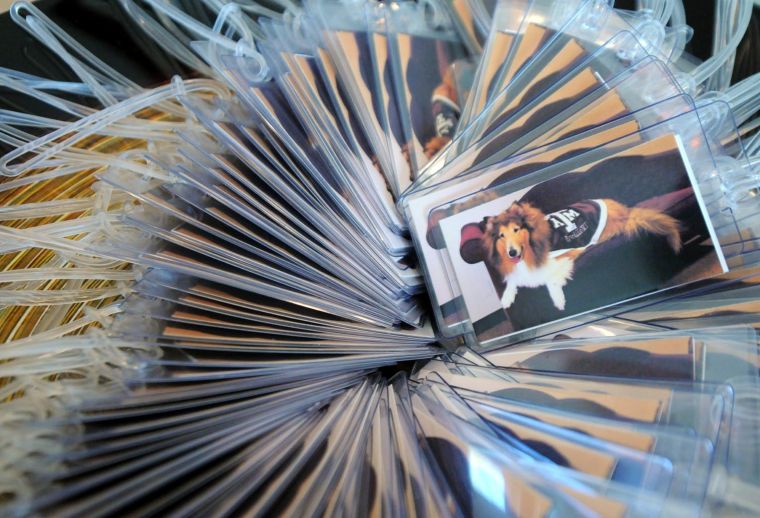 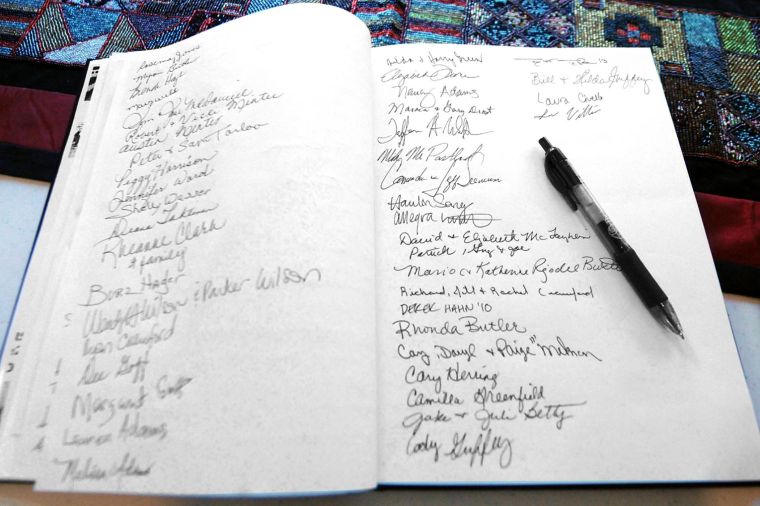 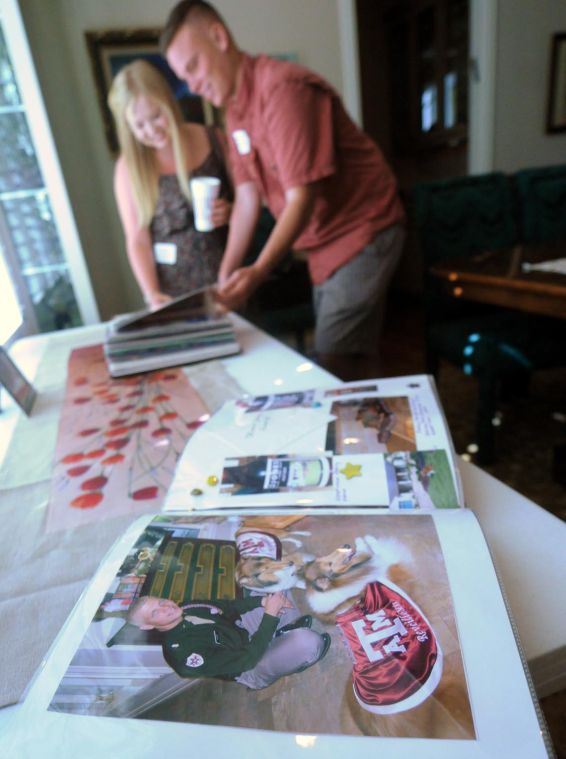 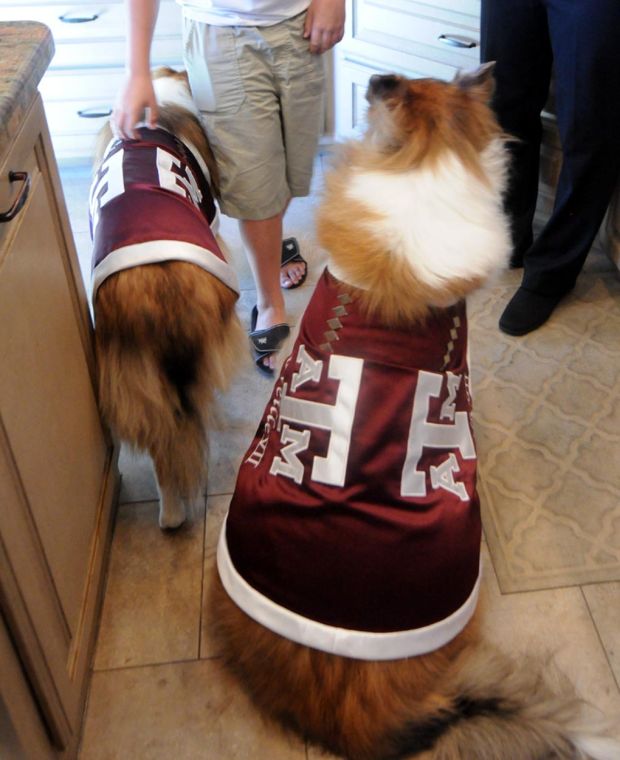 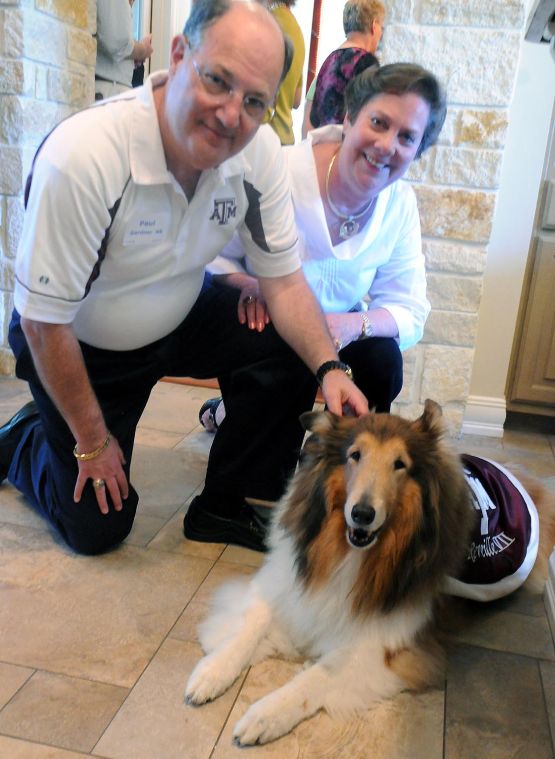 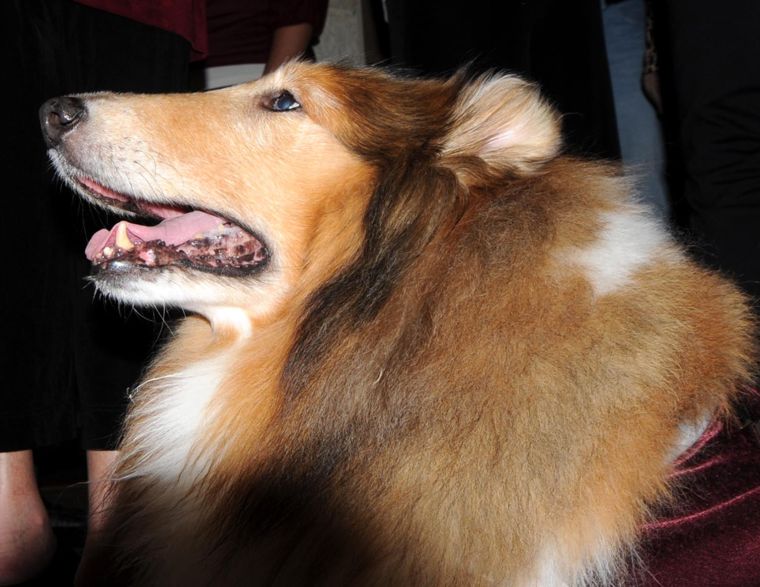 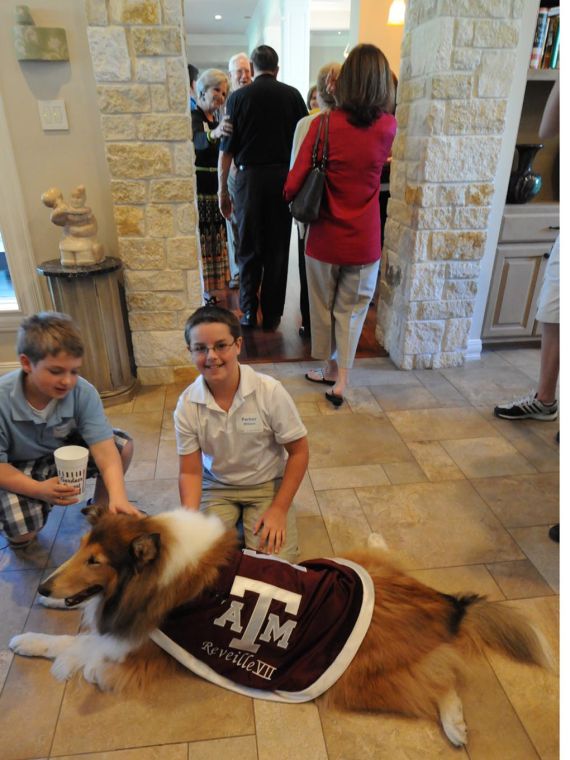 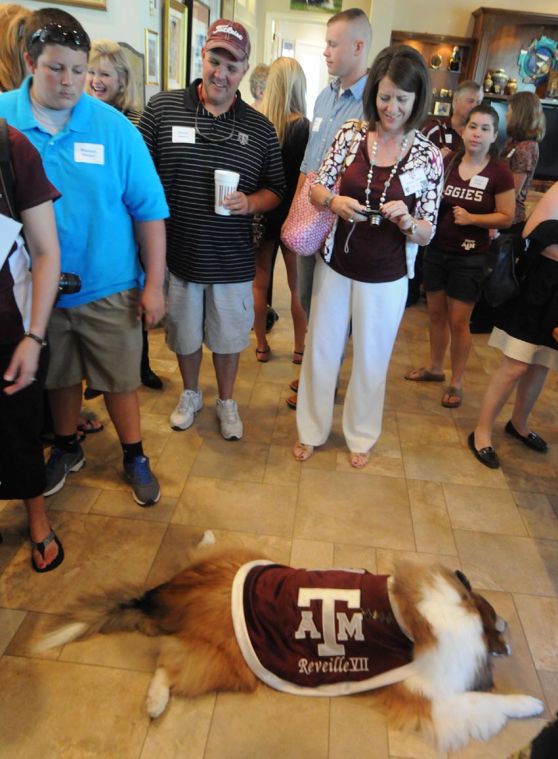 After appearing to recover from pneumonia-like symptoms on Wednesday, Reveille VII took a sudden and unexpected turn for the worse on Thursday. Details of a memorial service for the former Aggie mascot are pending.

Reveille VII to be honored at more modest memorial service

For perhaps the first time, the once highest ranking member of the Texas A&M Corps of Cadets will not have a military-style funeral.

Aggies to say goodbye to Reveille VII at Friday memorial

The public is invited to a Friday evening tribute for the former First Lady of Aggieland.

The First Lady of Aggieland

The original mascot dog was a mutt and a personified one apparently. A&M can seize this moment to go back to that, there are plenty of homeless dogs at the Brazos animal shelter that would love to fill the role instead of another expensive pure bred and often inbred collie. Wishful thinking I know but just thought I'd put it out there.

[sad] She had a nice long and interesting life. She was a beautiful animal. I am a graduate of the University of Texas in Austin and I always thought you all have a much better mascot than us. You get a beautiful dog to pet, we get a cranky old steer spreading cow flop all over the astroturf. It is fun to make fun of the Aggies, but not today.