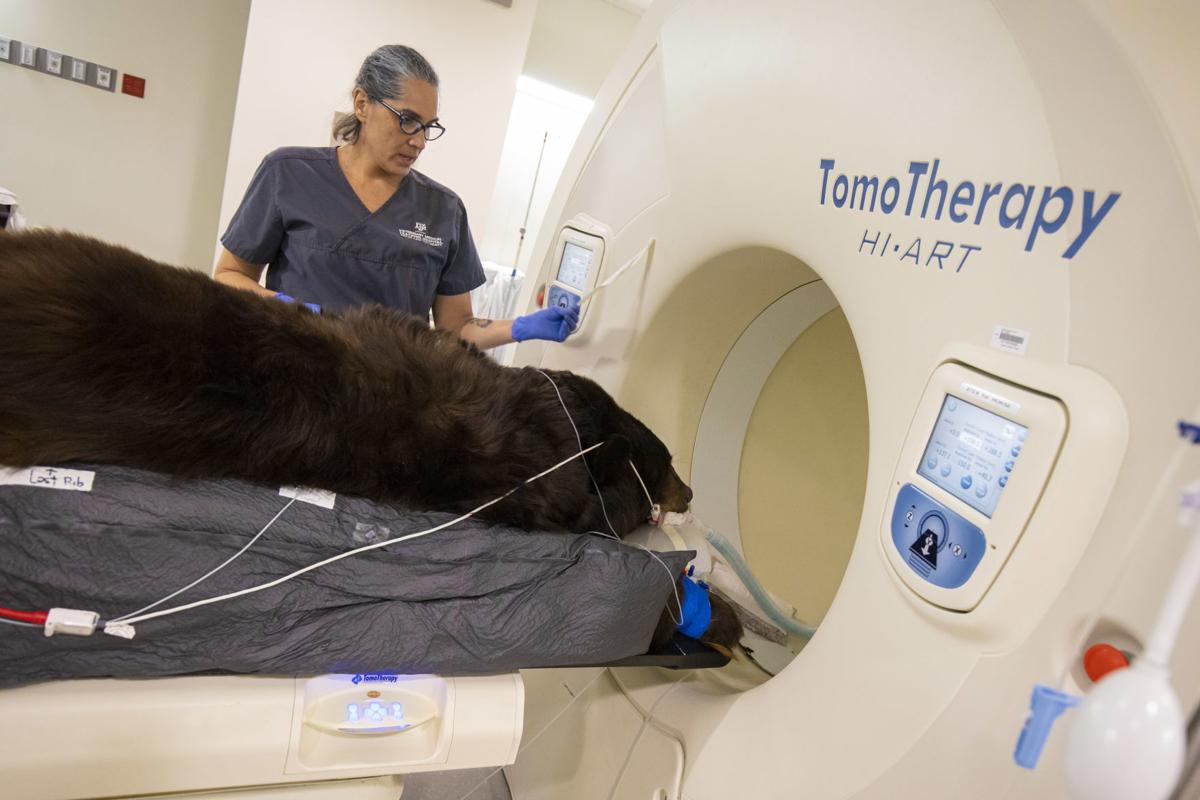 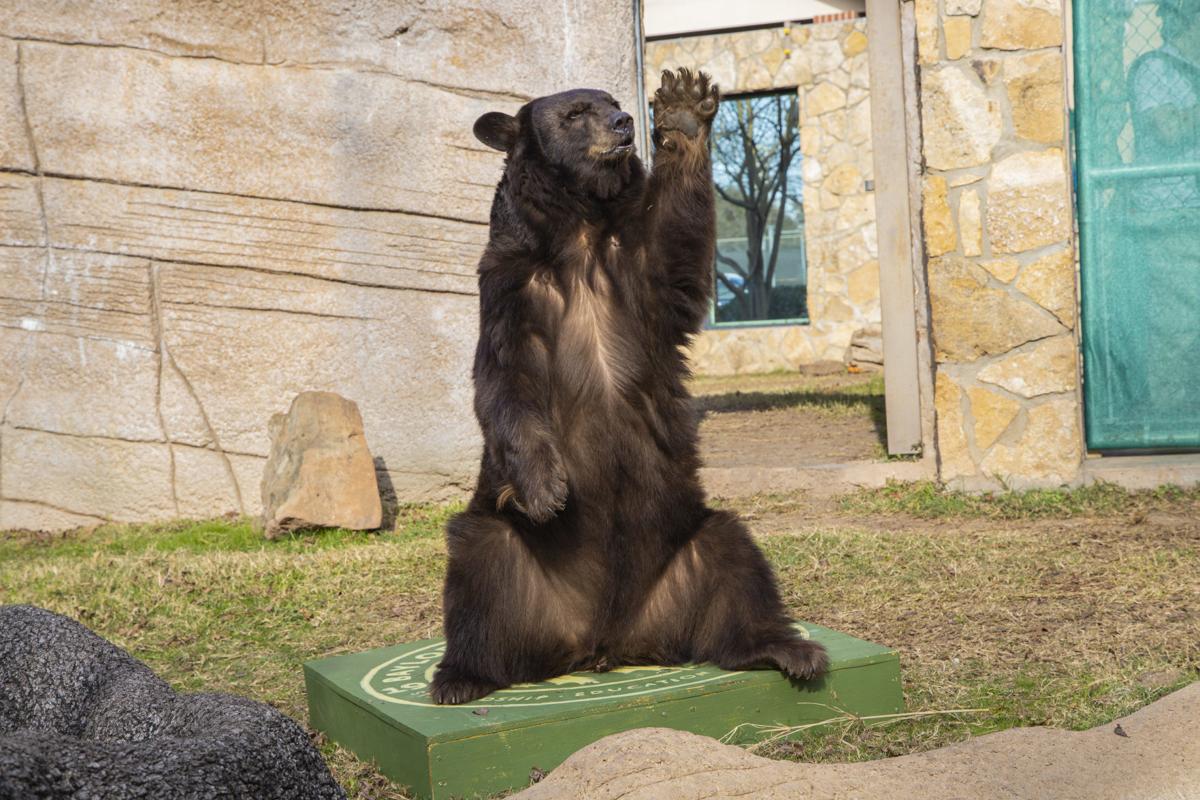 Lady sits in her enclosure at Baylor University striking the “Sic ’Em” pose for which she’s known.

Lady sits in her enclosure at Baylor University striking the “Sic ’Em” pose for which she’s known.

Judge Sue “Lady” Sloan, an American black bear who serves as one of two mascots for Baylor University, is back in Waco after receiving care from Texas A&M’s Center for Veterinary Medicine.

The 17-year-old bear had a mass growing near her heart that was treated by A&M veterinarians using radiation. Officials say Lady is expected to live out her golden years in relatively good health.

For the past year, Baylor University has been delegating care of its two mascots — Lady and her sister, Judge Joy Reynolds — to a team at Texas A&M’s College of Veterinary Medicine. This summer, the bears were brought to College Station to receive a routine health evaluation. According to Dr. Lauren Smith, radiation oncologist at the CVM who has been working directly with Lady, the checkup included a full body radiograph that first indicated an issue.

“We incidentally found she had a mass on her chest, so then what we recommended [was that] she come back for a CT scan in order to better redefine what the mass was and to give a better diagnosis,” Smith said.

The CT scan was conducted in College Station in October, and a fine needle aspirate was conducted to further specify a the diagnosis: thymoma, a malignant cancer. The mass is benign, Smith explained, so it won’t spread to other parts of Lady’s body. However, it can keep growing if left untreated.

“Her mass, because it was found early on, is fairly small and has not been causing Lady problems yet,” Smith said. “We offered surgical removal, radiation or a combination of the two. Because of the mass’ location, it would be a big surgery, and Baylor wanted something noninvasive.”

Lady underwent three radiation treatments using a process known as tomotherapy. The last of these treatments was completed in College Station this week.

“So this is the first case I’m aware of using stereotactic radiation therapy [on a bear],” Smith said. “I can confidently say this first bear treated with tomotherapy. Both myself and my colleagues [know of] only one other tomotherapy machine used on animals, which [was] at the University of Wisconsin.”

Smith said Lady has been recovering this week from the anesthesia more than the radiation, which was so precise in its administration that the bear shouldn’t have felt any side effects. This, she noted, is part of why Baylor chose the radiation route.

Smith said this radiation targets the DNA of a mass to corrupt its cells from further expansion. The mass will remain but should not grow or affect Lady negatively.

Lady does suffer from arthritis in her back, which her Baylor care team has been managing along with the vets. She also suffers from kidney issues that will be monitored as she returns to Aggieland in a few months for a follow-up appointment especially to follow tumor. Her age would be considered old for a bear in the wild, but Smith noted that bears in captivity often out-live their wild counterparts by several years

“She was absolutely gorgeous and stunning,” Smith said. “Her paws were [so big]. I am personally obsessed with bears. I even have a bear tattoo on my back.”

According to Lady and Joy’s Instagram account, Lady had reentered her habitat enclosure on Baylor’s campus by Friday and was able to rejoin her sister.

“Lady had a great night of sleep,” Farquhar-Caddell said. “She slept heavy and sound [Thursday] morning. She decided she wanted to hang out inside another day. ... We have noticed that any time [Lady and Joy] have had to be separated for a prolonged period of time, hours or days, they are really happy to be back together. Like most sisters, they like to snuggle up and hang out together.”

Farquhar-Caddell said Lady was operating at 80 percent energy on Thursday. He and Fogleman noted that Baylor University is lucky to be located so close to such a highly respected veterinary facility as that found at Texas A&M.

Fogleman and Farquhar-Caddell mentioned that Baylor fans and other supporters have been requesting to send the bears well-wishes, and some have sent get well cards. Anyone wishing to send a card can mail one to the mascots’ mailbox: Joy and Lady Bear, One Bear Place #97185, Waco, TX 76798.