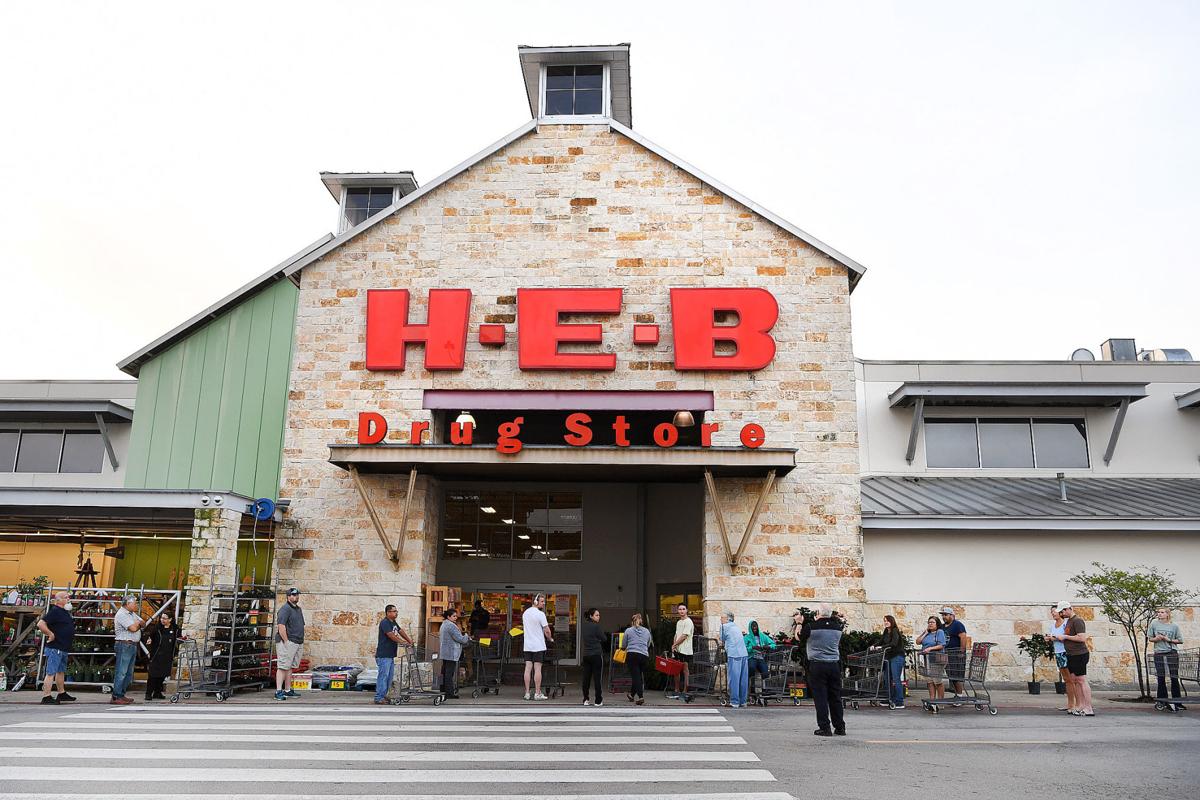 Shoppers line-up outside H-E-B on East Villa Maria Road before the store opens at 8 a.m. Tuesday. 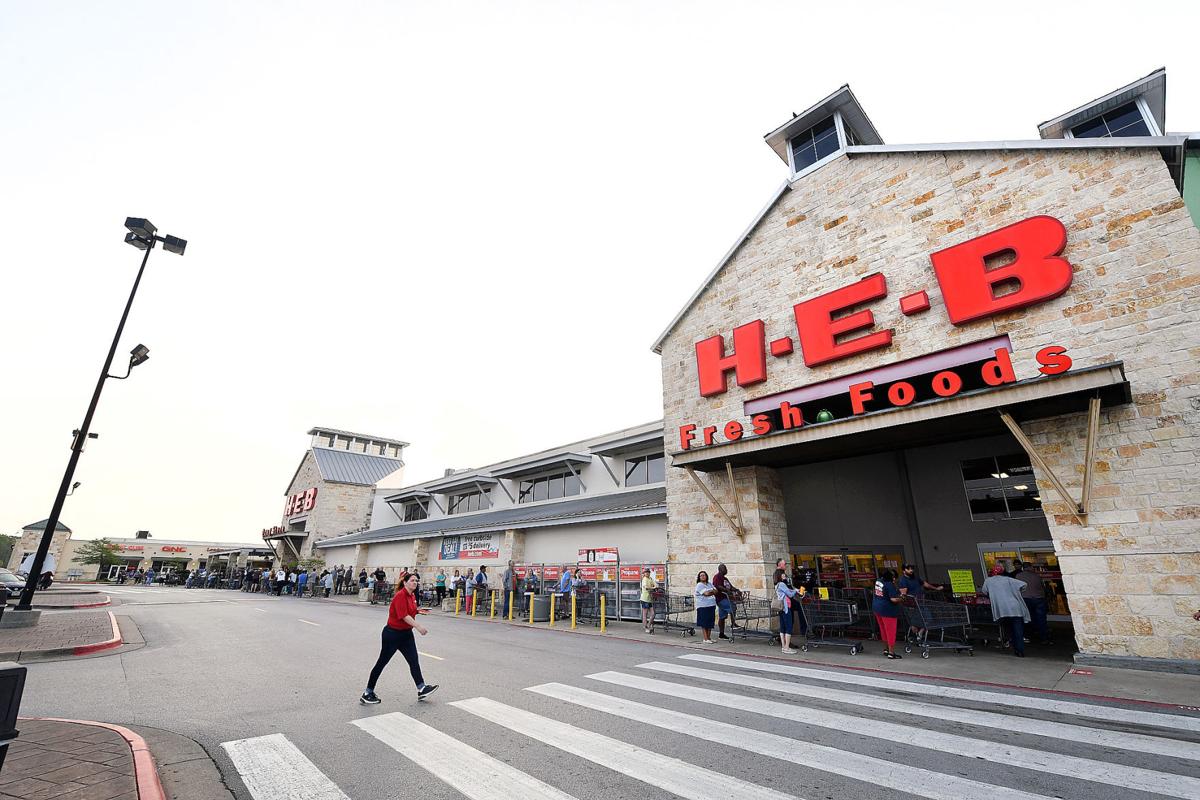 Shoppers line-up outside H-E-B on East Villa Maria Road before the store opens at 8 a.m Tuesday. 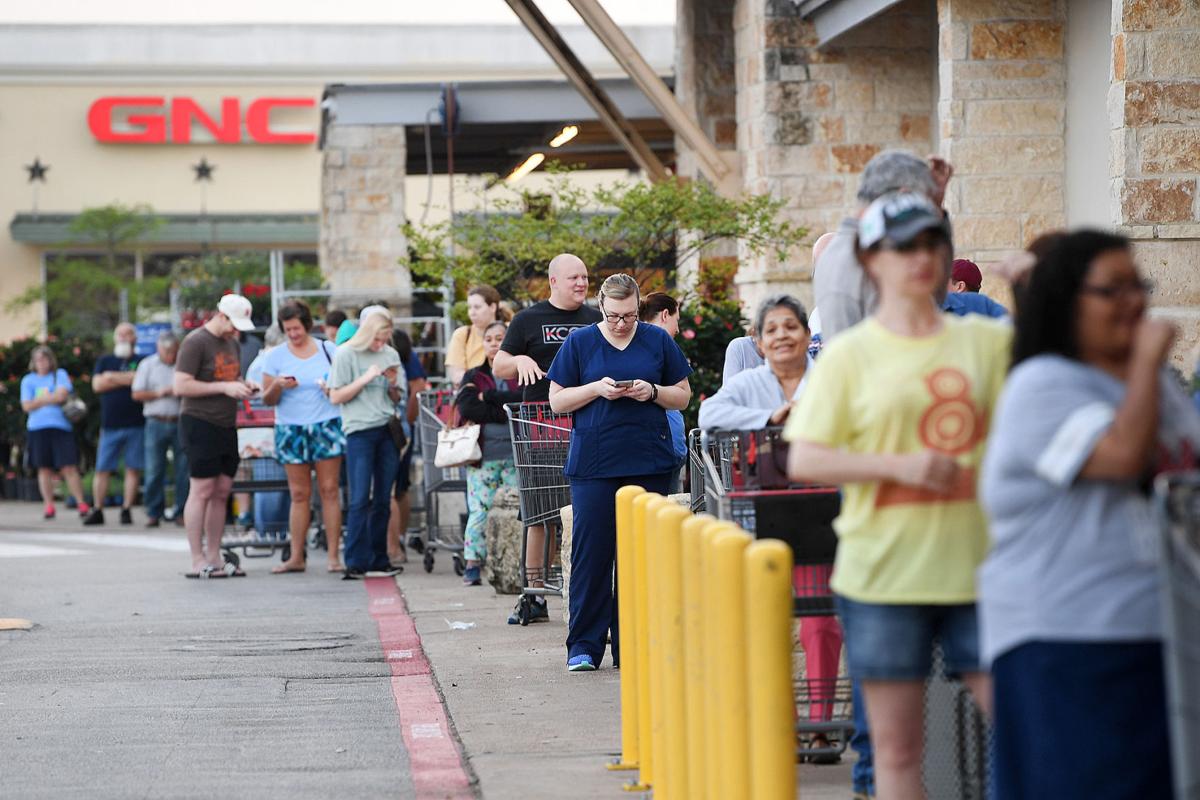 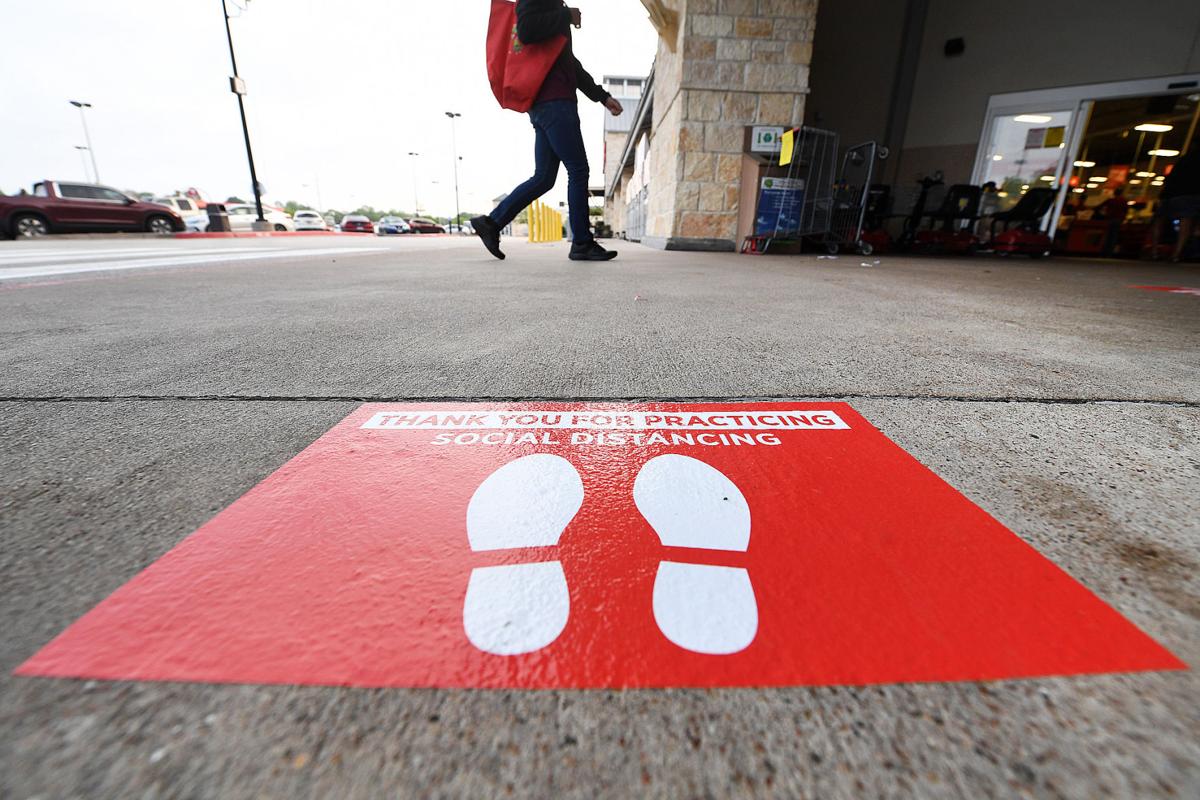 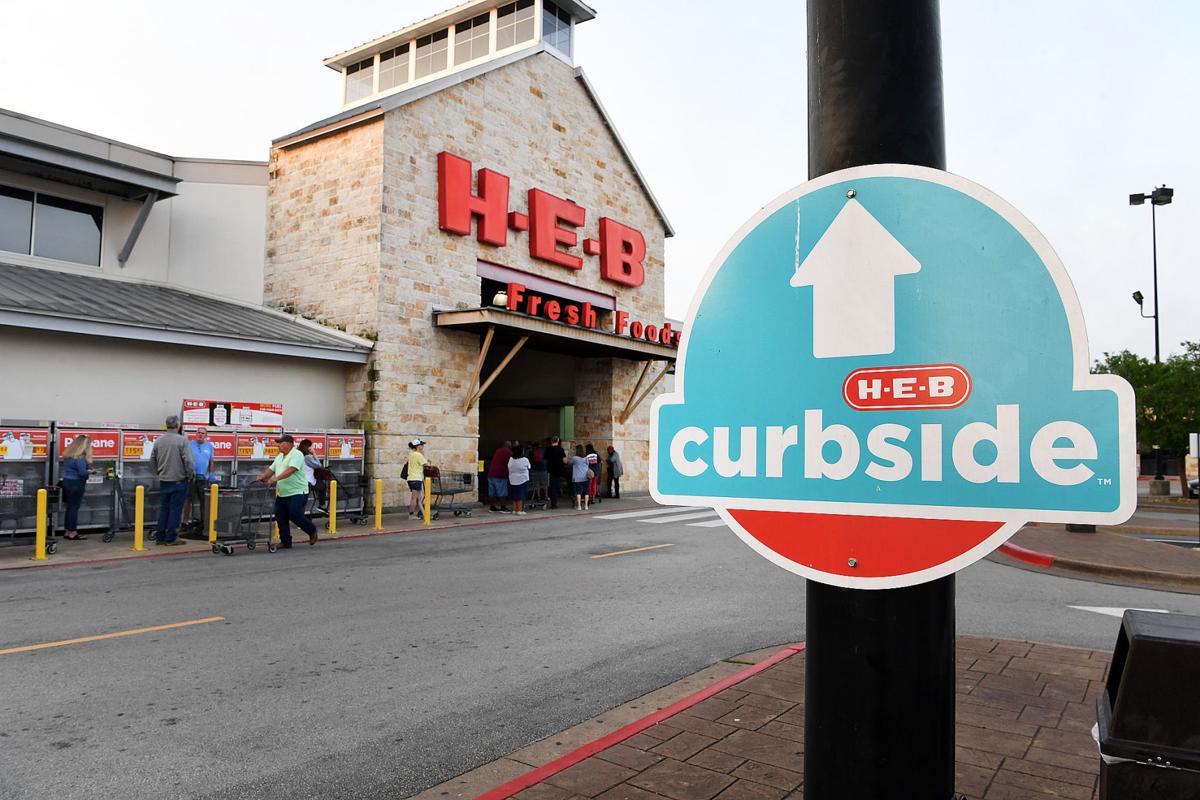 Shoppers line-up outside H-E-B on East Villa Maria Road before the store opens at 8 a.m. Tuesday.

Shoppers line-up outside H-E-B on East Villa Maria Road before the store opens at 8 a.m Tuesday.

The Farm Patch Market co-owner Mark Scarmardo said he first noticed an increase in shoppers at the family-run Bryan produce store almost two weeks ago as people began worrying about the COVID-19 pandemic.

Since then, he said, store owners and workers have adapted to the new environment by bringing in new products customers want that the Farm Patch never sold before and by cleaning carts and other frequently touched surfaces every 10 to 15 minutes.

As customers walk in, Scarmardo said he and other workers ask them to try remaining 6 feet from other visitors as they shop. At the register, people are asked to stand far apart, often making the line go out the door; workers have put a tent out so people can wait in the shade.

For Scarmardo, it’s all about stopping the spread of the new coronavirus in the Brazos Valley.

“The safety issue is more important than having the product,” Scarmardo said.

Large chains such as Target saw an uptick in shoppers sooner. According to a Wednesday corporate press release, Target’s overall company saw an increase in traffic that began the last week of February and has continued to surge through March.

The “unusually strong traffic and sales” caused the corporation to adjust the timing of its goals for the year, in part by dropping the previously planned 300 remodel projects across its stores to 130.

H-E-B Houston Public Affairs Manager Lacey Dalcour Salas said the increase in demand led to additional hires across the company, but said Bryan and College Station stores are currently at capacity with workers. Shopping patterns have ebbed and flowed, Dalcour Salas said, with initial panic buying, a short period that was a bit calmer, and then another rise in foot traffic as Brazos County’s shelter-in-place order went into effect on Tuesday night.

H-E-B set limits on the amount customers can purchase of staple foods such as chicken, ground beef and eggs, as well as popular items including bath tissue and hand sanitizer. Dalcour Salas said the limits were set to address early panic buying and hoarding of products.

Dalcour Salas said the shift in shopping trends has temporarily changed what is available in stores, so while the exact brand that people are used to purchasing may not be available on any given day, she said representatives are working to make sure all products are in stock. However, she added, popular items are running out faster since people are getting more than usual. Dalcour Salas said shoppers should only buy what they need and restock only when necessary.

“If everyone can do their part in maintaining that,” she said, “then you’ll see the supplies returned to stock quicker.”

Dalcour Salas said all H-E-B stores implemented strong guidelines for cleaning standards and social distancing, including the addition of Plexiglas partitions between cashiers and customers at registers and multiple deep clean and sanitation efforts throughout the day. She noted employees monitor how many people are in each store, and if it starts to get too crowded, they ask customers to wait outside until some shoppers have left to ensure people can practice social distancing while inside.

Responding to COVID-19 is presenting an abundance of new challenges for grocers, said Venky Shankar, director of research at the Center for Retailing Studies at Texas A&M University’s Mays Business School. Many grocery retailers nationally were not prepared at first, Shankar said, leaving them to go back to the supply chain to figure out how to meet the new demand.

Contending with something like the pandemic is a once-in-a-century situation Shankar said. The only somewhat comparable events in recent history include natural disasters, but Shankar said those have always been on a more localized, short-term scale and didn’t involve as many uncertainties as COVID-19 is presenting.

It’s critical for shoppers to remain calm, he said, especially since manufacturers and retailers have reassured customers that supplies are adequate.

Shankar said manufacturers and distributors are now aware of which items are most in demand and are changing to meet those people’s needs, so there is no type of bottleneck in the supply chain.

“I think there is no need to panic, but shoppers need to know they have to be more organized,” Shankar said.

He recommends that people use curbside pickup or delivery options if they can, or to only send one person from a household shopping to keep stores from being overcrowded. Shankar also stressed the need for people to be empathetic toward store employees and patient if items in stores take longer to be delivered than usual.

“A little bit of pre-planning, a little bit of adjusting — all these things will make the shopper’s experience, easier, safer and keep shoppers from feeling the impact of the coronavirus because it can lead to a very smooth way of buying and consuming,” he added.

Brazos County, in conjunction with the cities of Bryan and College Station, has ordered a sh…

Daily, 8 a.m.-9 p.m. The first hour of shopping on Tuesdays and Wednesday is reserved for people 65 years or older, pregnant women and people with underlying health concerns.

Daily, 7 a.m.-8:30 p.m. Senior citizens can shop one hour before the store opens on Tuesdays. Pharmacies and vision centers are also open during this time.

Seven additional cases of COVID-19 were reported by the Brazos County Health District on Thursday, bringing the total in Brazos County to 28.

Three additional cases of COVID-19 have been confirmed in Brazos County, health officials announced on Friday.