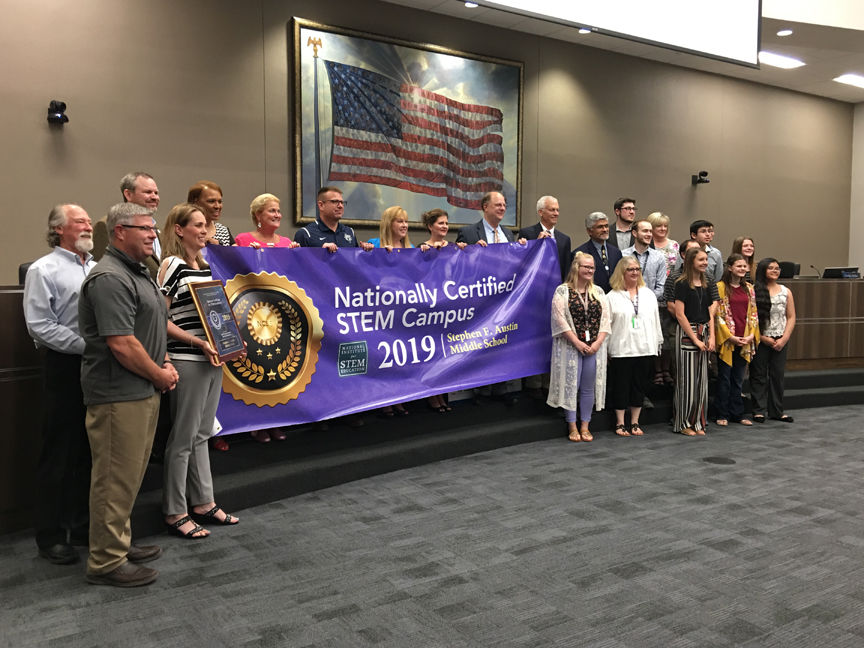 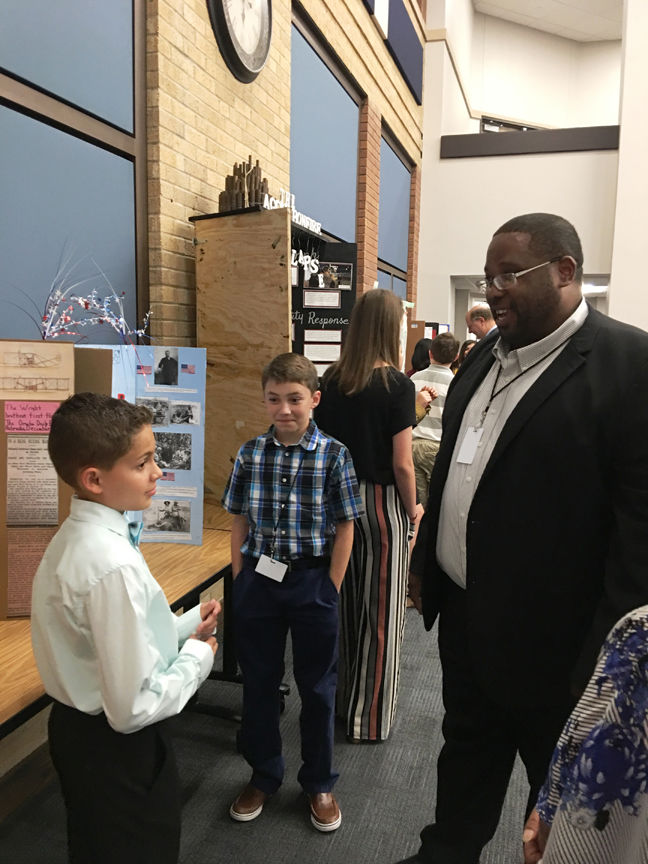 A representative of the National Institute for STEM Education (NISE) was on hand during the May 20 Bryan school board meeting to present a plaque and banner to the principals of Sam Rayburn Intermediate School and Stephen F. Austin Middle School.

“Anybody can call themselves a STEM academy or a STEM center,” NISE representative Kaz Kuzminski said during the meeting. “It’s a big difference between calling yourself one, earning that reputation and becoming one.”

According to Kuzminski, Sam Rayburn is the seventh intermediate campus in Texas and the 16th in the nation to receive the certification. SFA is the 11th middle school in the state and 21st in the nation to earn the recognition.

In noting the national rankings, Kuzminski said there are more than 90,000 traditional public school districts in the United States.

Also worth noting, he said, is that Bryan has two campuses being recognized; most presentations involve only one campus.

Rayburn Principal Justin Smith and SFA Principal Rachel Layton both remarked on the hours of work teachers put in on their own time and as a team to complete the work necessary to earn the NISE certification.

Smith said it amounted to about 100 hours outside of their normal workday, and the certification at both campuses means he knows the STEM focus will continue at SFA’s Odyssey Academy.

“I know they’ve been challenged by this program, and in turn will challenge the students with high expectations,” Layton said.

SFA teacher Parker Knutson said the certification was worth all the extra effort.

“We are now learning the tools and strategies to give our students opportunities to feel like they can make risks intellectually without feeling like they’re a failure, making them comfortable in the classroom, giving them opportunities to problem solve in real-life situations,” he said.

It also has changed the way they see STEM education. Instead of the teachers setting each standard, they know how to give students more input into their projects and listening to the things they are experiencing.

When fellow SFA Odyssey teacher Naveen Cunha asked himself why they were going through the process, he said he came back to the same answer each time: options and opportunities.

“That’s what we’re about. That’s why we’re here,” he said. “I try to provide options and opportunities for kids.”

In his research, Cunha said, he has seen that societies that do not provide people with options and opportunities “fail and perish.”

The certification, he said, will allow the teachers to self-assess and look closer at the programs and then tweak them as needed.

During the final board meeting of the school year, some of the students from Rayburn and SFA presented their projects for guests to see.

“I’ll tell you, I don’t live here, but by gosh, as a recovering teacher and administrator … and a former board member where I live, I’m gonna move here because, gosh, y’all are in good hands,” Kuzminski said with a laugh. “You’ve got every base covered with your students. I had an opportunity to walk around and talk to the kids and get their input and ask them the questions. Wow, they know what they’re talking about. They’ve put in the time and the effort.”

The recognition, he said, puts Bryan on the map where people are looking at them.

“You guys are making a name for yourself,” he said, adding it puts Bryan “head of the curve.”

With support from the Bryan school district and broader community, Lester Banks broke the re…

The Bryan school district has named three new principals for campuses next year.