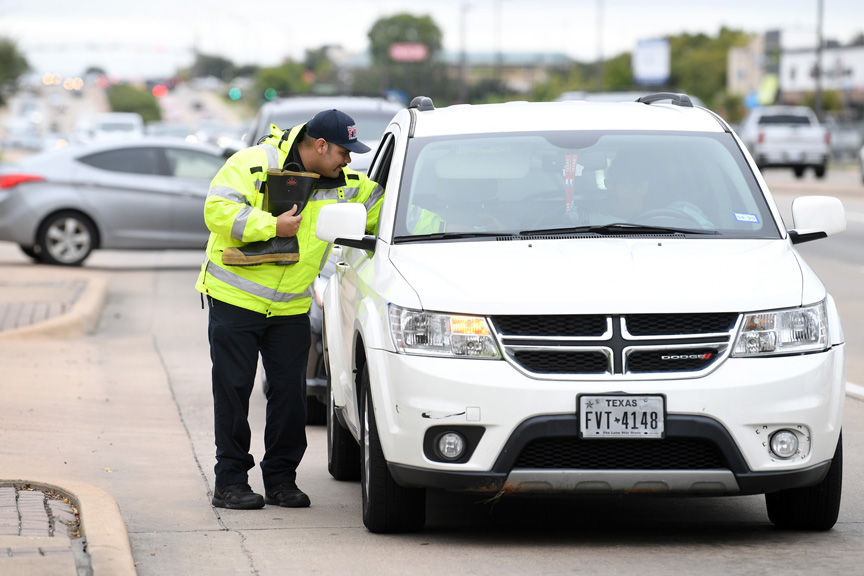 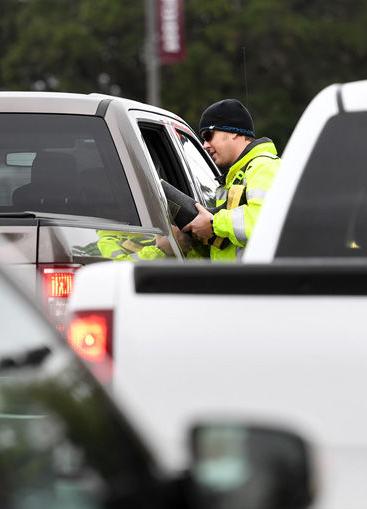 College Station firefighter/paramedic Dominic Beran collects a donation for the Muscular Dystrophy Association from motorists at the Texas Avenue and George Bush Drive intersection on Friday.

College Station firefighter/paramedic Dominic Beran collects a donation for the Muscular Dystrophy Association from motorists at the Texas Avenue and George Bush Drive intersection on Friday.

The Bryan and College Station fire departments have teamed up for the annual Fill the Boot campaign in an effort to raise $100,000 for the Muscular Dystrophy Association.

Firefighters will be collecting money at intersections across Bryan and College Station until Sunday. The MDA funds research and covers the costs for children with muscular dystrophy to attend a summer camp that fits their physical needs. Currently, there are 33 families in Brazos County who have relatives with muscular dystrophy.

While the two fire stations competed against each other last year — raising $80,000 total — they decided to team up this year. To keep things interesting, Bryan firefighter and member of the Bryan Firefighter Association John Adams said both departments agreed that if they reach the goal, they will repel off of a local building.

Throughout his three years as the MDA representative at Bryan Fire Department, Adams has seen children receive necessary assistance with money from MDA.

“It is really cool to see how the money we raise affects the kids and that’s why we keep doing it,” Adams said.

College Station firefighters started their fund raising Thursday and will finish today, while Bryan began Friday and will end Sunday. Adams said to keep up with the Bryan Firefighters Association’s Facebook page for updates on where firefighters will be collecting money this weekend.

In addition to raising money throughout the city, locals can donate money to the College Station department at filltheboot.donordrive.com/participant/3454.

Firefighters can be found in Bryan at the following intersections:

Every fall, firefighters from Bryan and College Station are posted at intersections througho…

Bryan firefighters engaged in battle on Thursday afternoon -- not against flames, but agains…