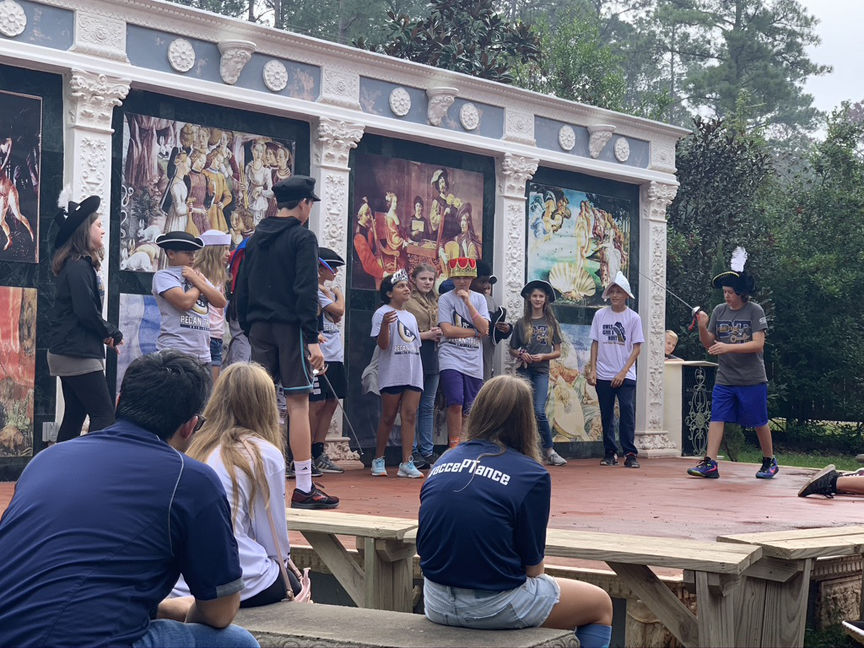 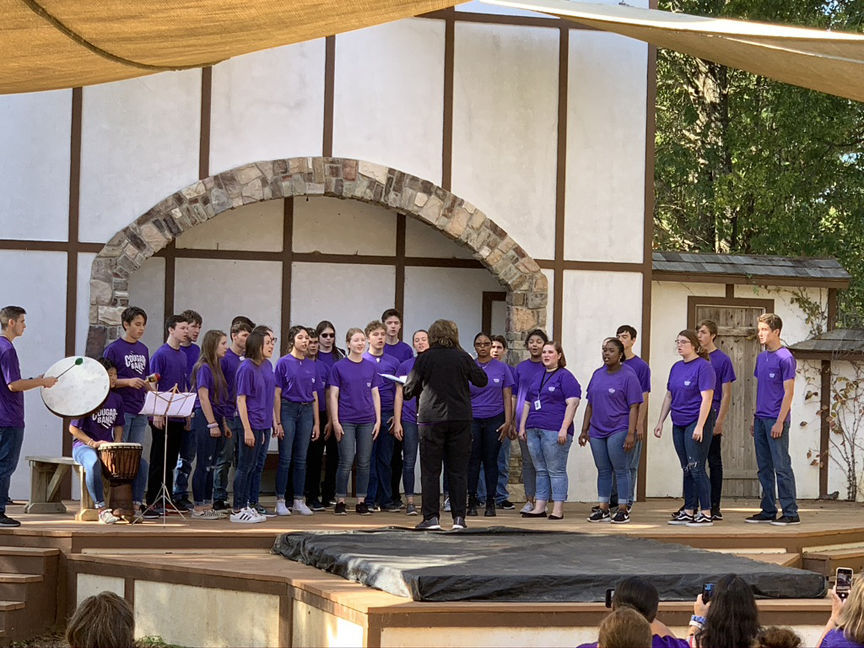 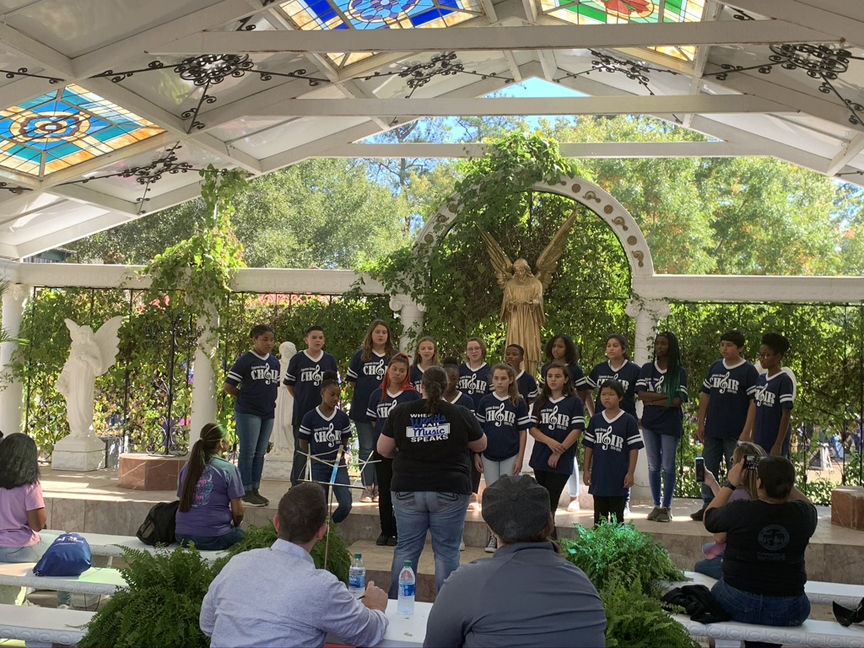 College Station and Bryan performance groups stepped back in time recently as they took the stage at the Texas Renaissance Festival.

Each year, the annual Renaissance festival hosts School Days, during which theater and music groups from schools can perform and get feedback from certified judges.

“Each of the groups basically performed two or three songs, so it was definitely short, and there were lots, lots of other schools from kind of all over the Houston area,” Eric Eaks, director of fine arts for the College Station school district, said, noting Pecan Trail students performed a one-act play version of Hamlet.

Outside of the performances, the experience offers an opportunity for a cross-curricular education as the students explore the activities and booths set up at RenFest, he said. Some schools will bring their English or history classes to School Days.

“It’s a fun day for the kids to experience the culture or what we think the Renaissance period was like,” Bryan High School choir director Alex Medlock said. “The kids learned songs that were written in the Renaissance period from the 14th, 15th centuries, so it gives us a chance to explore culture and music from a different time period and kind of transport the kids back in time for five or six hours.”

Pecan Trail theater teacher Roy Rodriguez said his goal is to give students true theatrical experiences, from learning a 25-minute play in a little more than a month and performing in an outdoor space like RenFest. He identified one of the greatest challenges as just being able to be heard.

“At the end of the day, I want them to see this art form for what it is and appreciate it, and most of the time they get bit by the bug and they want to keep on doing it,” he said. He wants all students to be prepared and excited if they choose to continue doing theater in school or in the community.

Eaks had a similar hope for the students who participated, saying he hoped they left the experience with a passion for their particular art form.

Fran Duane’s career in social work has been focused on helping children, a passion that she plans to continue as a member of the Bryan school board.