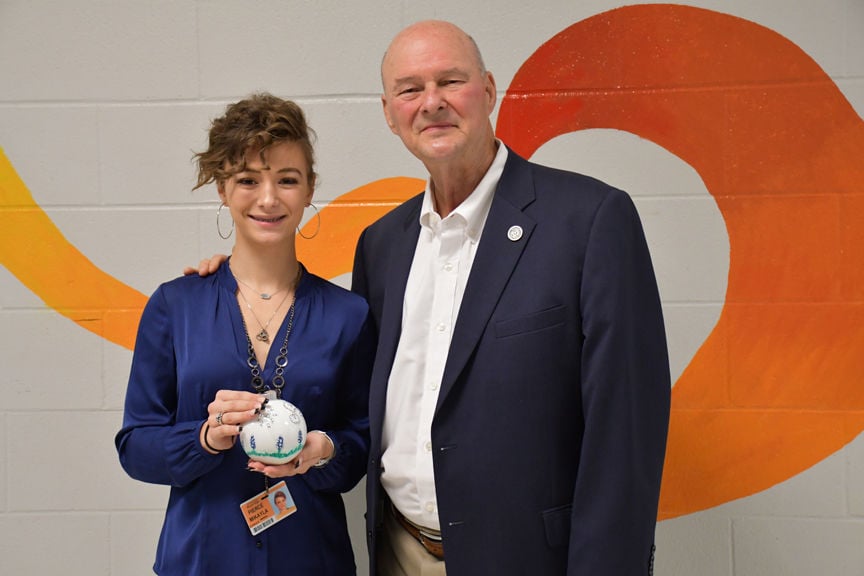 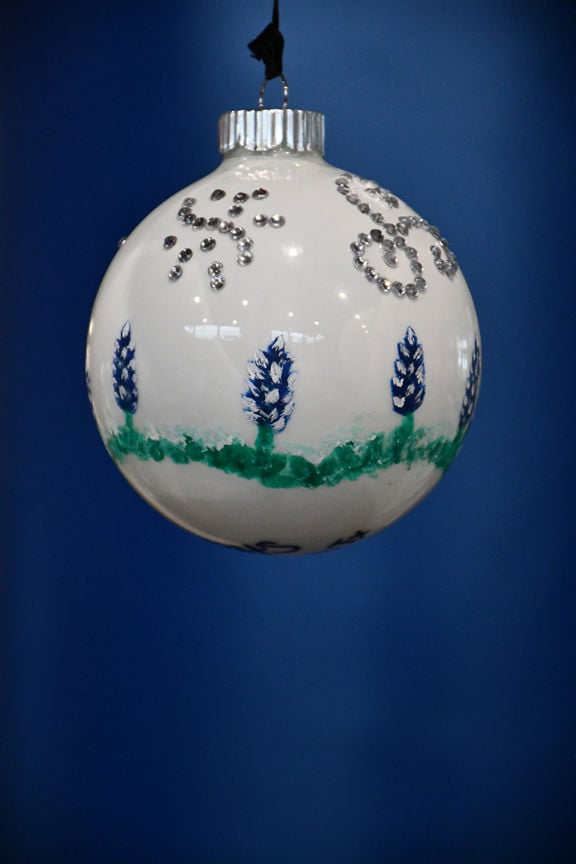 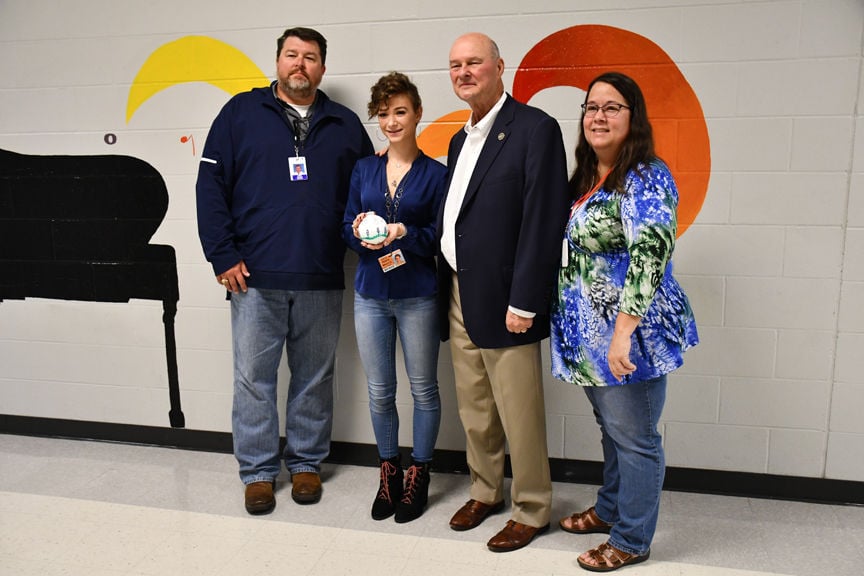 As the Texas House of Representatives decorate their Christmas tree next month, the ornament for District 14 will feature the design of Bryan High School senior Mikayla “Mikki” Pierce.

With snow-white paint inside and bluebonnets and jewels decorating the outside, Pierce described the design as a Christmas in Texas. Rep. John Raney visited Bryan High School on Thursday morning to meet Pierce and see the ornament for the first time.

Each of the state’s representatives is given an ornament for a member of their district to decorate. Past District 14 ornaments have been decorated by local artists, Raney’s grandchildren and representatives from the College Station school district and Texas A&M.

Pierce’s advanced painting teacher, Kim Marshall, said in her 15 years at the school she could not think of another time a Bryan High School student was tasked with creating the district’s ornament.

“That kind of makes you feel a little special,” she said.

Pierce said she did not realize the attention the project would receive or how many people would get to see the ornament as it hangs on the live tree set up in the House Chambers in the Texas Capitol but that makes it even more special.

“It’s a really big honor,” she said. “I’m happy that I could do it and be recognized for it.”

She said she just had fun with the project, which took about two days to complete.

Marshall said, “It’s a good representation of really Mikayla’s heart in that she loves to do art, and it’s an awesome representation for Bryan High School that one of our students, her ornament is going to be on the tree and represents not only our campus, but our school district.”

In a way, she said, the project is a way to continue honoring the memory of her dad.

“He would be extremely proud,” she said, noting she was 11 years old when he died. “… He was very encouraging of my skills, so I’m proud that I can at least do this for him. But my parents also — my mom remarried — so both of them encourage me in every aspect of life, so art’s also one of the major things.”

With plans to study business at Texas A&M, Pierce said, she will continue to do art as a hobby.

“I’m proud of Mikayla for the work she did,” Raney said. “It’s amazing to me what talent.”

Fran Duane’s career in social work has been focused on helping children, a passion that she plans to continue as a member of the Bryan school board.