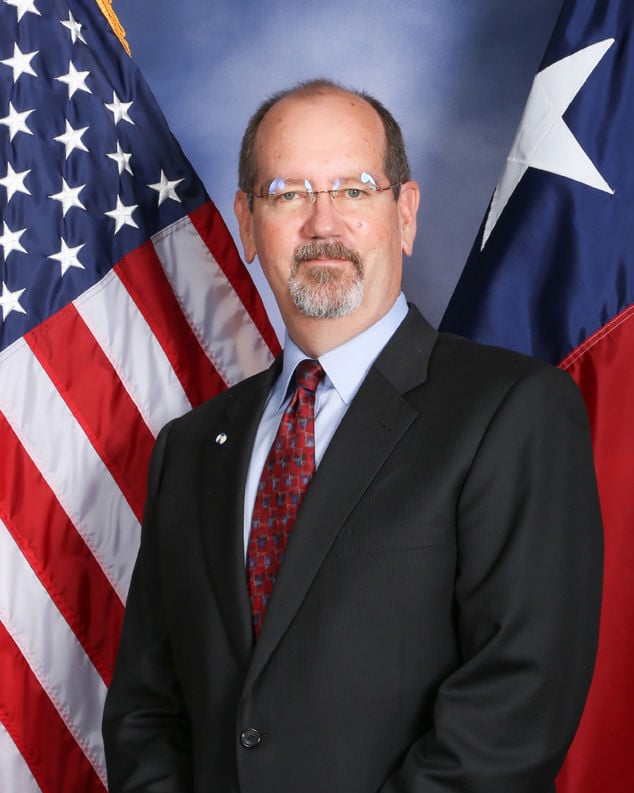 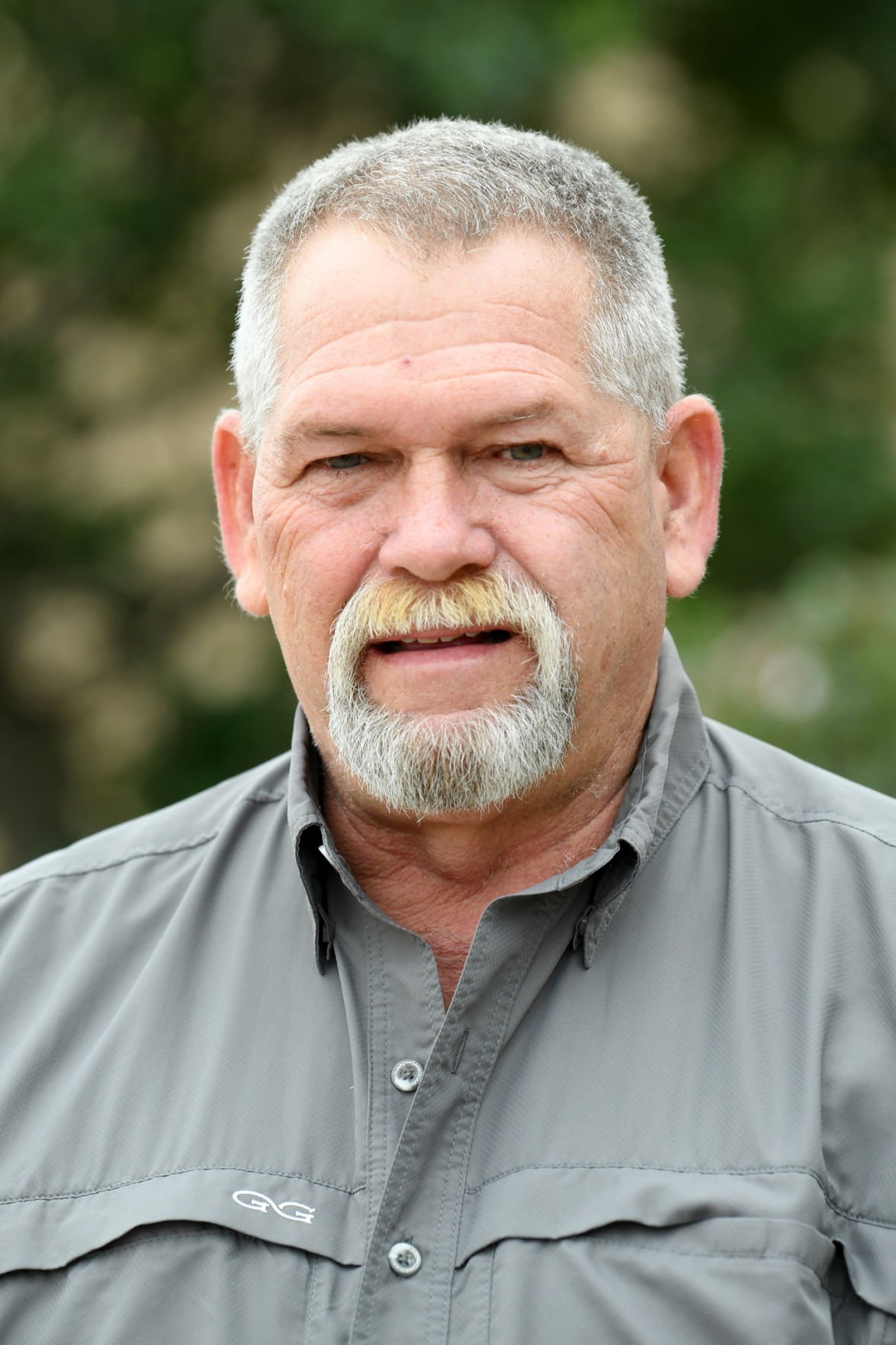 Three names will be on the Republican primary ballot this March for the Brazos County Precinct 1 commissioner position.

Incumbent Steve Aldrich will face challengers Mike Ruesink and Michael Schaefer, and all three list transportation as one of the biggest challenges facing the precinct.

Aldrich is running for his second term as Precinct 1 commissioner.

A 1978 graduate of Texas A&M, Aldrich first came to Brazos County to continue his education and has been in the area since.

“It’s been a privilege,” he said of serving as commissioner for the past four years. “It’s been a real privilege to have spent more than 40 years in this community and see it develop into what it’s become. To have been able to be involved as actively in a community like ours has been a real privilege. It’s gratifying. It is something that the more of us get engaged with and do, the better off we’ll all be.”

After attending the Economic Outlook Conference last month, he called it a dynamic time to be in Brazos County.

“We’re at that inflection point of deciding what we’re going to be and that’s exciting for me,” he said. “The reason I want to run again.”

The county has the opportunity, he said, to decide what it wants to become instead of just letting the outcome happen.

Experience, leadership and integrity creates the results that benefit everyone, he said.

One of his biggest accomplishments in his first term as commissioner, he said, has been the creation of the Regional Mobility Authority.

“Although the Regional Mobility Authority is not going to have an immediate impact, two, five, 10 years from now, it’s amazing the different having something like that will make,” he said.

Transportation is still a major concern in the precinct where some areas are part of the city, while others are in the rural areas of the county. Two projects he noted specifically are Arrington Road and Greens Prairie Road. As the county grows, he said, it needs its own solution that meets the local needs.

“The big challenge that I see now is just changing the way that we do our financial with regard to how we do roads,” he said. “I’ve been advocating for a long time with the judge and with other commissioners that when the cost of construction design and right-of-way acquisition is going up faster than the interest rate that you can borrow the money, and you know you need the projects, you have the bond issue, you borrow the money and you build the road before it gets more expensive.”

The way forward, he said, is to have a collaborative approach that includes the county, both cities, the university and the school districts.

“It’s great to have everybody’s goals acknowledged in all of our plans, but how much better would it be if we addressed those goals corroboratively and made them in all of our plans,” he said. “That’s the real distinguishing factor that’s going to change us from just the growth making us what we become.”

Currently undergoing cancer treatment, Aldrich said, he is confident in his doctors at MD Anderson and is not concerned about his ability to continue serving the county.

“The odds are, I think 1 in 4 of us, is going to be dealing with it,” he said.” So I’m a quarter of that population right now that is dealing with getting cancer treated. Yes, it has taken away some of my ability to be able to perform at optimum, but we get this stuff treated. We get back in there, and living with cancer is something that we all learn to do.”

For more information about Aldrich’s campaign, go to www.electstevealdrich.com.

Born in the Wellborn area of College Station, Ruesink, who spent 33 years in the fire service, is turning his attention to serving the public in a different way.

He weighed running for the seat in 2016 but chose not to, citing a “gentleman’s agreement” with previous Precinct 1 commissioner Lloyd Wassermann.

With admittedly the least amount of experience of the three candidates, Ruesink said, “They can set a budget, but have they ever had to work inside that budget? At the fire department, I had worked inside that budget and made that budget work and gave money back at the end of the year.”

If elected, he said, he will be a full-time hands-on commissioner, similar in style to Walter Wilcox who served as the county’s Precinct 2 commissioner from 1971 to 1994.

“I am going to be averaging 85 to 90 hours a week, either in the office, available by phone,” he said, noting his phone number will be the number for his office also if he is elected. “… That’s how people will get a hold of me if they need, and I will answer it up to about 11 o’clock at night and 6 in the morning. And weekends, there’s no such thing as a weekend when you’re a county commissioner. If they need me on a weekend, if it’s that urgent enough, they can call me.”

Ruesink currently works part-time for American Airlines at Easterwood Airport and said he plans to juggle that with his commissioner’s duties if he is elected.

“I’ll go in 3:30 every the morning, work until 5:30, get that first flight off, then I go to the courthouse,” he said. “I’ll be in the courthouse 6 o’clock, 7 o’clock, stay until 5. Then go out and check projects out in Precinct 2, Precinct 4, I don’t care, not in my precinct. I want to see what jobs are going on that I’ve approved. … Make sure we’re getting our money’s worth. And then I’ll go out to my precinct.”

He also suggested the commissioners go to the local Walmart or fast food restaurants to learn about the economy, rather than relying on the economic development consultants.

The two biggest challenges facing the precinct, he said, are transportation and emergency services.

He would like to see an additional ambulance dedicated to the county stationed in south College Station. The addition would drop the response time from eight or nine minutes down to less than five minutes, he said.

He wants to see work done on the talked-about highway and interstate projects expected to come through the county.

Even though he is the only candidate not currently an elected official, he said, he is ready.

“I have the people skills to get along with the county judge, the other three commissioners, and I have the ability to sit and talk with the laborers, not to mention the ones in between.”

He owns Schaefer Custom Homes in College Station, noting he built his first house when he was 18 years old, and has worked at Blinn College both as an instructor and program coordinator.

After two terms on the school board, he said, he wants to serve the community in another way. He also noted his belief in term limits as a reason he is not running for reelection to the school board in the fall.

“What I think I can bring is, unlike the other candidates, I’m there with my business,” he said. Schaefer Custom Homes is located on Arrington Road. “My businesses are there; we build homes there. I drive those streets every day, from the rural to the city part. I think I’m much more involved in hearing what the needs of our constituency is.”

One of the precinct’s and the county’s greatest challenges, he said, is its rapid growth and the need to be proactive and provide safety and adequate roads to meet those needs.

He has seen this growth as a school board trustee with five new schools opening during his six years on the board, he said.

“Safety, I can’t tell you how important it is,” he said. “These areas don’t have the city services, so we have to have the first responders. We have to have fire, the policing, the sheriff’s department. The stress of this increased population base, trying to make sure that there’s resources and that the constable and sheriff’s department has enough resources to accommodate that.”

Part of that is utilizing debt service rather than paying cash for projects.

“When you have stuff that needs to be done, the cost of the construction, whether it’s buildings or roads, it is going up faster than inflation, so if you wait ‘til you have the money, there’s two things wrong with that. One is it’s going to cost more, and the second one is you’re inconveniencing more people.”

“There’s aspects of Precinct 1 where things are going good. My thinking is there’s more things we can do better,” he said. “Better communications with the constituents. I Think that’s my big one.”

He also noted his support for the Regional Mobility Authority and the exploration of a Brazos County medical examiner.

For more information about Schaefer’s campaign, go to schaefercampaign.com.

Early voting begins Tuesday and ends Feb. 28. The last day to receive an application for ballot by mail is Feb. 21 at 5 p.m. Election Day polls will be open from 7 a.m. to 7 p.m. on March 3. To view all polling places and see sample ballots, visit brazosvotes.com.