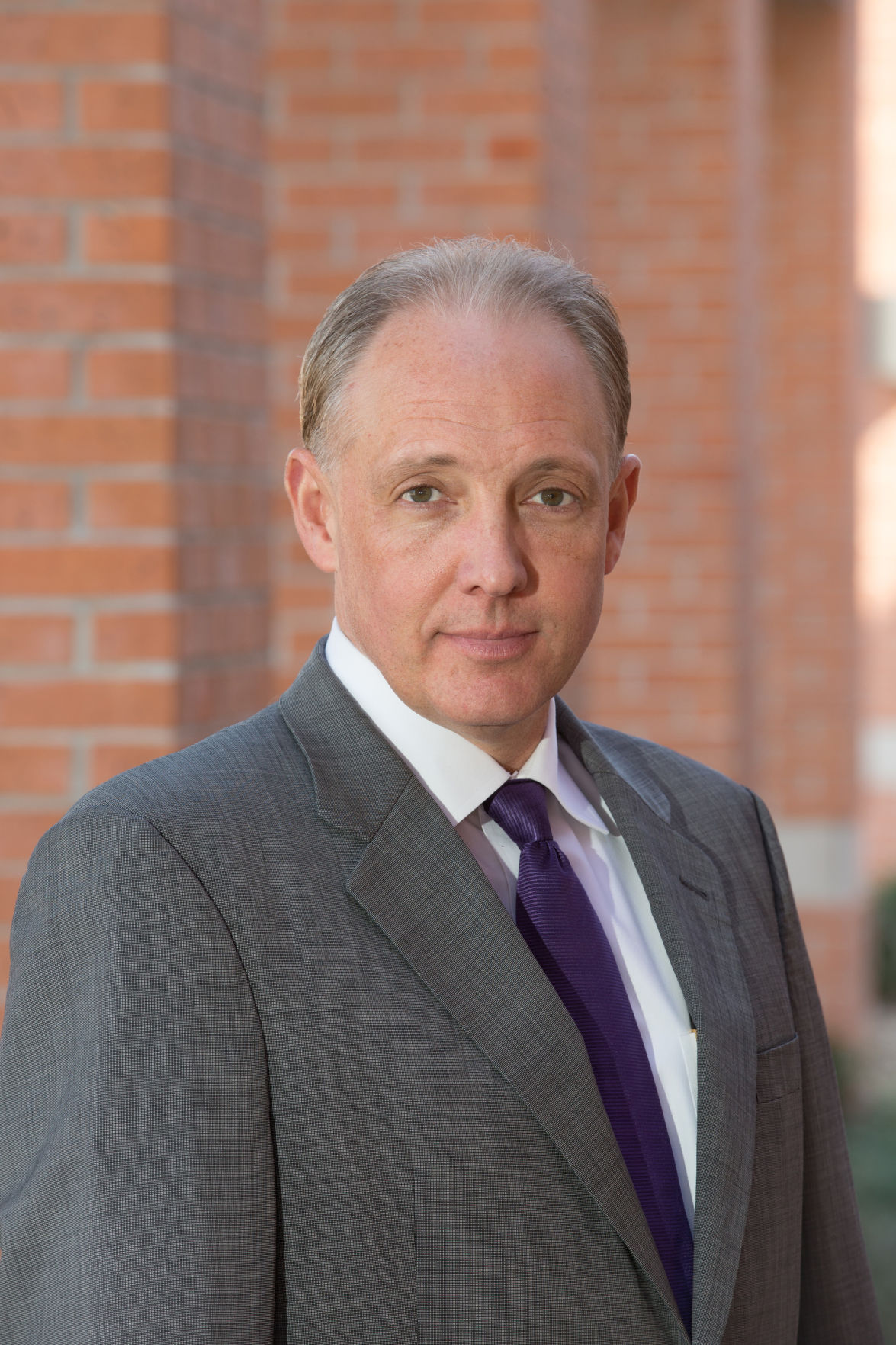 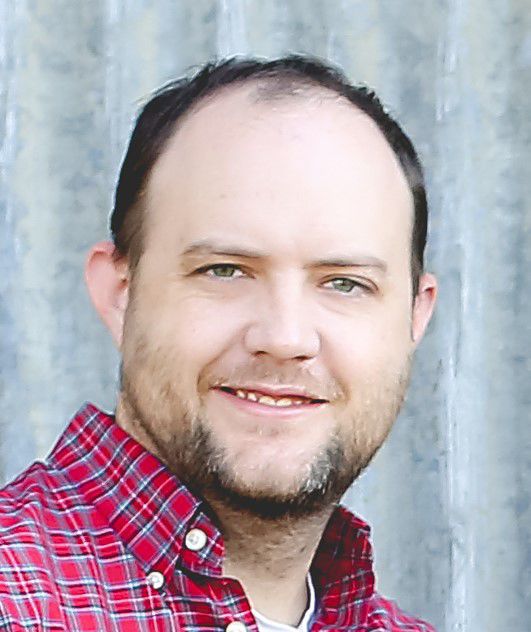 Rod Anderson, who currently holds the position, is retiring after more than 11 years in the position.

In separate interviews with The Eagle, Gray and Quisenberry stated their cases for the Republican primary to take place on March 3.

Gray, a local defense attorney, was raised in Brenham, received his undergraduate degree from Texas A&M and received his law degree at Regent University School of Law in Virginia. He has practiced law for more than 20 years, both as a defense attorney and as a prosecutor with the Brazos County District Attorney’s Office, where he has prosecuted hundreds of cases over a five-year period. He is board certified in criminal law and has taught law courses at Blinn College for many years, including creating the school’s criminal procedure course. He and his law firm partners also serve on the college’s legal assistant advisory committee.

Gray said he feels working for the district attorney’s office offered him quality law experience, noting that lawyers often transition between prosecuting cases and opening their own defense practices.

“I believe that if we have really good prosecutors and really good defense attorneys, then the likeliness we find justice is very high,” he said. “We need good people on both sides.”

Gray said that he would strive to be tough on crime as a county attorney. He noted that many people who are processed through the county are everyday citizens, not serious felony offenders. He said he feels he has the ability to care for the community and can ask direct questions in court without attacking people or re-victimizing victims.

Gray noted that he does notice patterns in repeat offenders, including with alcohol and family violence-based offenses. He said that too often defendants are allowed to walk free without real treatment of their psychological needs.

“I’ve seen cases move through the system, but I don’t see people getting fixed,” he said,

As county attorney, Gray would want to implement a substance abuse and alcohol abuse evaluation for all alcohol charges, most likely through the resources offered by probation services. He also would want a form of psychological/behavioral evaluation for violent offenders and a requirement that offenders undergo a Batterers Intervention Program, a 40-week course.

“I [also] think it’s critical that we get Affirmative Family Violence Findings because of cases in which people are truly victims of family violence,” he said.

A law signed by Gov. Greg Abbott in June that legalized hemp and CBD products has caused disruption in some counties over the question of how to prosecute marijuana possession charges.

“We saw district attorneys of major cities basically telling the public that if [a quantity of marijuana] of under two ounces, we won’t prosecute it or arrest anybody,” he said. “And I just think that’s so reckless.”

Gray plans to continue to prosecute marijuana possession cases as county attorney. He added that he would like to change one trend in the county’s standard of prosecution and prosecute cases of marijuana delivery, which has not been done in recent history.

“I want to form a committee that takes a few officers from each [local] law enforcement agency and meets regularly, once every two weeks or each month,” he said. “And I want to discuss these policies. We need to know what the officers are running into on the street.”

Gray also hopes to reduce docket backlogging by reducing the number of court settings, he said, and by setting deadlines on plea agreements.

Quisenberry was raised in the West Texas town of Quanah and attended Texas Tech University, where he received his undergraduate and law degrees. He spent several years working for a law firm in Lubbock before moving to Brazos County and joining the county attorney’s office in 2013. He was promoted to trial chief in the County Court at Law No. 2 in 2017 and was given the title of an assistant county attorney. Driving while intoxicated and family violence cases have comprised a majority of his docket, he said. According to Quisenberry’s campaign page, he has been endorsed by Anderson.

Quisenberry said he has some ideas for changes in the office, not in terms of altering policy, but adding on to existing procedures. He hopes to give more freedom of discretion to prosecutors, allowing them to act without a constant requirement for approval from supervisors, especially when making decisions such as reducing Class B misdemeanors to Class C misdemeanors.

“What you’ll see is faster case dispositions,” he said. “... The more efficient we are, the more we’re being respectful of others’ time, and doing what taxpayers are paying us to do here.”

When it comes to the law regarding hemp and CBD products, Quisenberry said as county attorney, he would continue to prosecute marijuana-based charges and will not encourage police officers to engage in “cite and release” behaviors.

He hopes to be able to employ technology that will detect levels of THC in hemp; a test, he says, is currently run by prosecutors through private labs. These tests will be necessary for taking a marijuana case to trial now. But, Quisenberry said that police may still arrest defendants using probable cause based on a marijuana odor. He would like to empower officers’ credibility in performing searches for marijuana, because these searches often lead to the discovery of other drugs.

Quisenberry also stated that he wishes to implement a program for combating domestic violence with a “rapid response team” for family violence cases. He noted that under current laws, an alleged abuser cannot bond out of jail upon arrest for 72 hours after an arrest, no matter the bond amount. This offers a victim the chance to make arrangements to leave. That window is a crucial opportunity, he said, for his office to get involved and do everything they possibly can to make contact with the victim and provide services the victim would need, such as the issuance of a protective order.

“I think we can really improve how we are working with and supporting victims of family violence,” he said.

Quisenberry spoke about how the county attorney’s case docket is backed up. He said he has taken steps as a trial chief to move cases through the system more quickly, such as the use of a direct assignment system for trial prosecutors, and the limitation of pre-trial settings.

Early voting continues this weekend in the Brazos Valley as voters weigh in on local, state and national races ahead of the March 3 primary el…

How could Mr. Quisenberry have spent "several years working for a law firm in Lubbock" when the state bar says he didn't even graduate law school until December of 2011? Another several months to take & pass the bar exam, so it's May of 2012 before he's a licensed attorney. But he started in Brazos County in 2013. Does that math leave room for "several years"? Why doesn't the article mention that he's only been a lawyer for seven years?