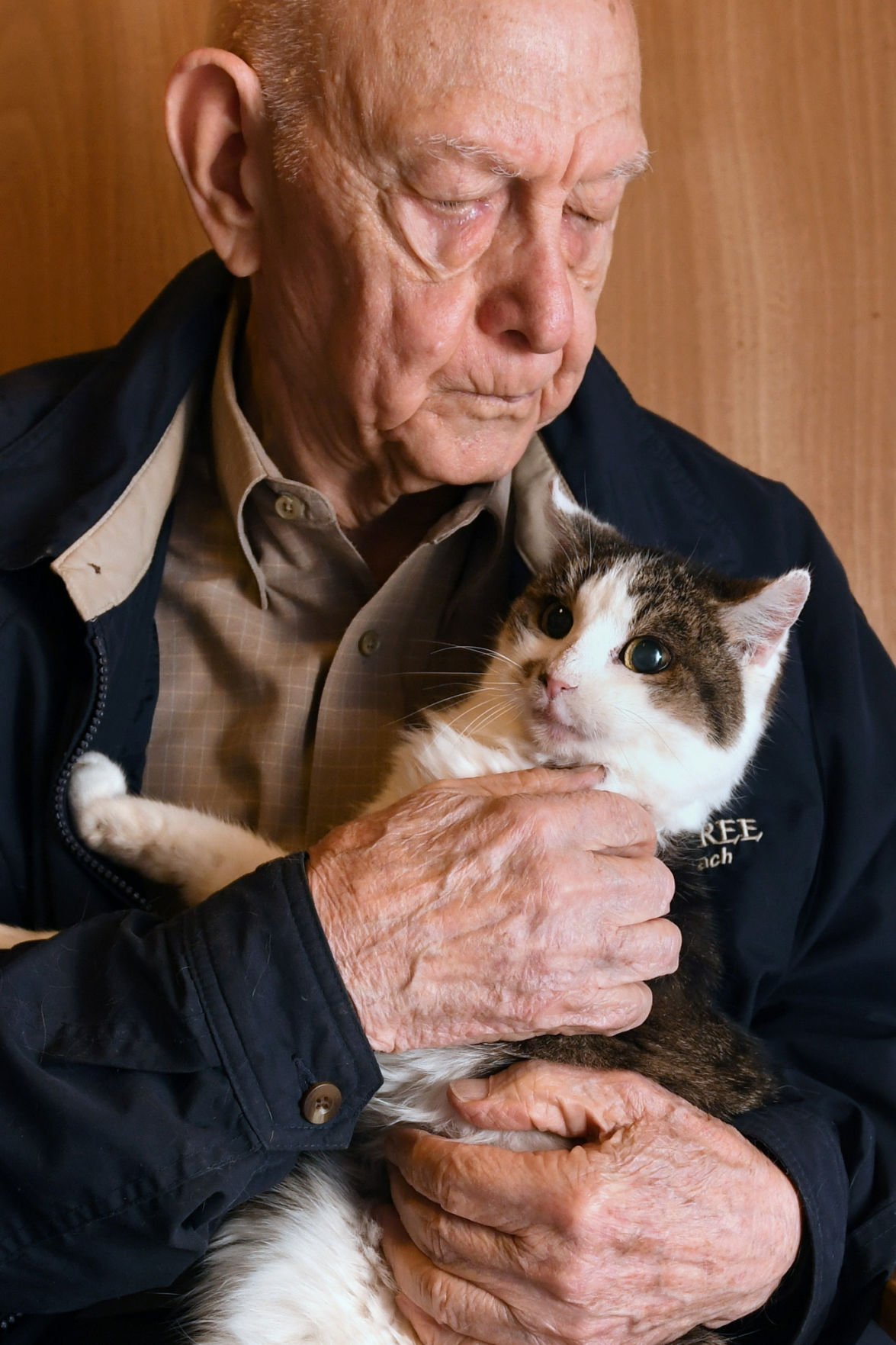 Duane C. Kraemer holds CC, a cloned cat, in the "kitty house" behind his home on Oct. 31. 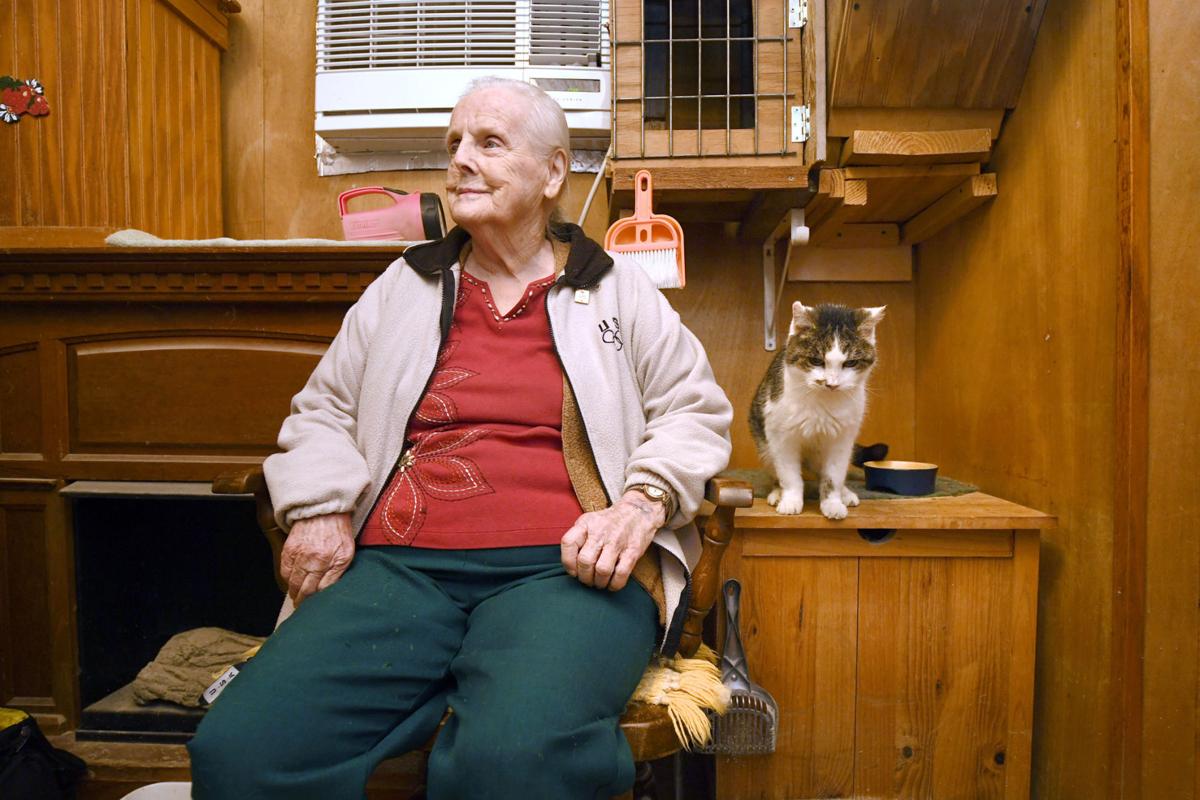 Shirley Kraemer sits near CC while visiting the "kitty house" where the cloned cat lives with her three offspring behind the Kraemer's home. 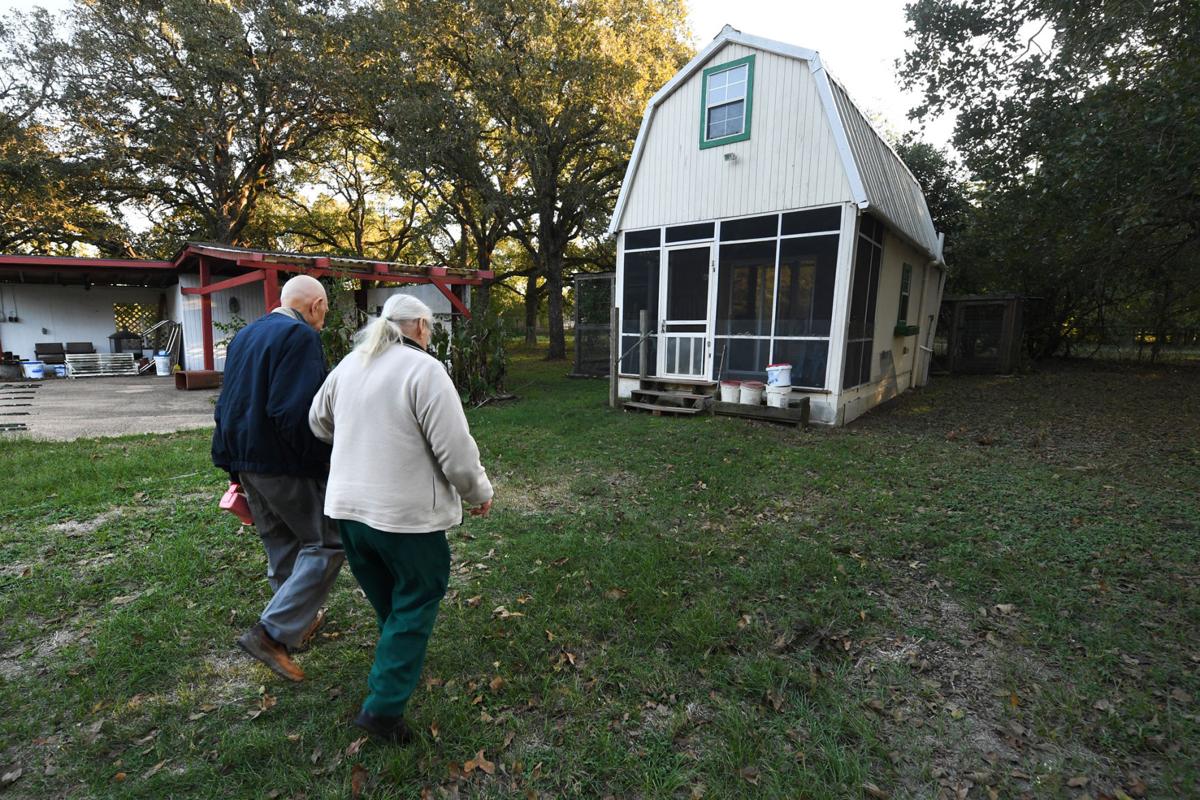 Duane and Shirley Kraemer walk hand-in-hand to the "kitty house" behind their home, where CC, a cloned cat, lives with her three offspring.

Duane C. Kraemer holds CC, a cloned cat, in the "kitty house" behind his home on Oct. 31.

Shirley Kraemer sits near CC while visiting the "kitty house" where the cloned cat lives with her three offspring behind the Kraemer's home.

Duane and Shirley Kraemer walk hand-in-hand to the "kitty house" behind their home, where CC, a cloned cat, lives with her three offspring.

The first of her kind, CC the cloned cat is breaking more boundaries as she turns 18 years old.

There are no big plans locally to mark the day, but CC — Carbon Copy or Copy Cat — will be the focus of a Dutch cartoon set for release today to celebrate her birthday, researcher and owner Duane Kraemer said.

The Netherlands is just one of many countries CC’s story has reached over the past 18 years.

Of all that CC represents, Kraemer said, the thing he likes most about her is just the fact that she is a clone.

“She’s unique in that respect, and it’s nice having her here because so many people are interested in her. We’ve had interviewers from all over the world,” he said.

“It was part of a research project to see if one could clone cats; nobody had ever done so, and we didn’t know for sure,” he said.

When Texas A&M announced researchers had successfully created the first cloned cat, Kraemer said, he and Westhusin were on TV or on phone interviews “almost solid for two weeks.”

“It was really a big deal, and the university has indicated it was the biggest story ever out of Texas A&M from a PR standpoint,” he said, noting CC is even included in a book about the history of College Station. “… Somebody has done a story on her almost every year.”

Every animal used in the research was adopted out, Kraemer said, but his wife, Shirley, adopted CC.

CC is not only enjoying life as the Kraemers’ pet, but she has her own condo called the “kitty house” behind the Kraemers’ house where she lives with her three offspring, sired by a cat named Smokey.

Those offspring, just by existing, helped CC make headlines in the scientific community. There had not been much research done in the reproduction success of clones — and none had been done with a cat.

Tim, Zip and Tess were born Sept. 1, 2006, along with a fourth kitten that was stillborn. Not knowing CC’s reaction would be to her kittens, Kraemer said, they found CC was “the perfect mother” and had the innate maternal instincts they were hoping she would exhibit.

“Dolly the sheep, that was the first of the mammals to be cloned by nuclear transfer, had died at, I think, at 6 years of age,” Kraemer said. “So the fact that CC didn’t die young was news.”

About 20% of cloned animals have developmental abnormalities of some kind, he said, with some being serious enough to result in the animal’s death at a young age or at birth. However, the other 80% born without those conditions “would probably live to a normal variation of ages.”

Kraemer described CC as a friendly cat who loves being pet, but noted she is suspicious of strangers.

Though she shares identical genetic makeup with Rainbow the cat, the two do not have identical appearances. Rainbow had orange, black and white in her markings, while CC only has black and white.

“Being an Aggie cat, she didn’t want anything to do with orange, so she just didn’t use that gene,” Kraemer joked.

Rainbow and CC were never together as adults, he said, so they do not know just how similar they were in terms of their personalities. The only comparison they have is from when Rainbow was a mature cat and CC was a playful month-old kitten.

When it comes down to it, though, he said, “If they’re cats, they act like cats, and if they’re dogs, they act like dogs. They each have their own personality, but as far as their main behaviors, they’re all typical of the species.”