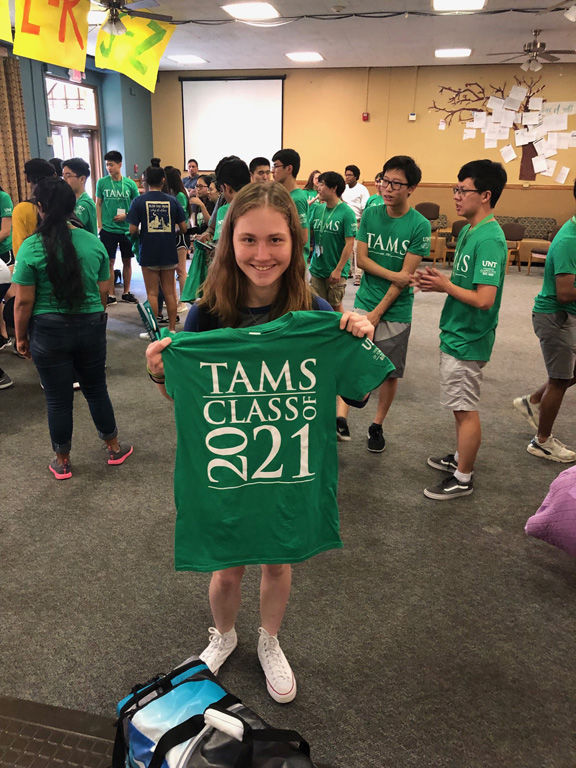 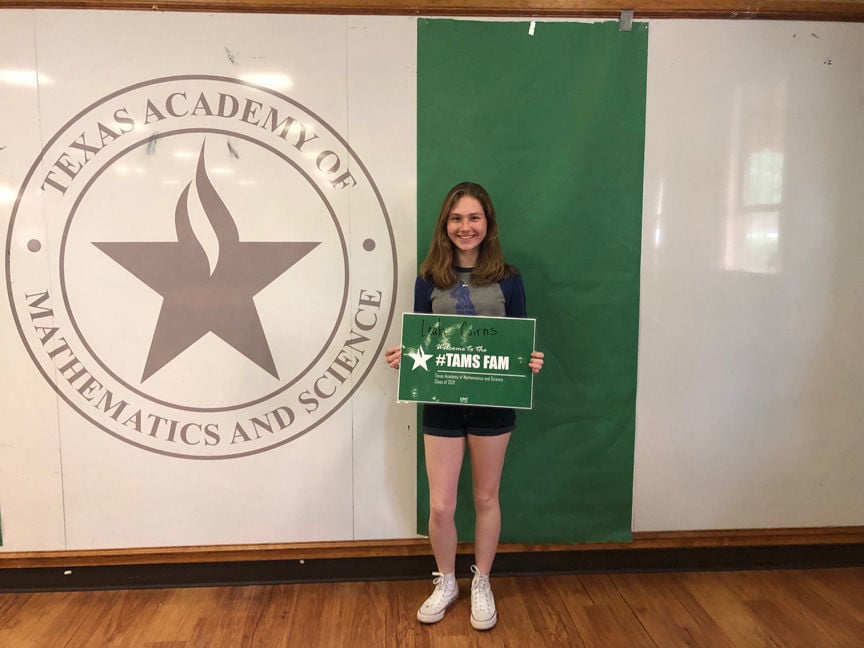 Though Leah Cairns is classified as a high school junior, she will be taking college-level courses this fall at the University of North Texas in Denton and moving about three hours from her family and friends in College Station to live in a residence hall at UNT as part of the Texas Academy of Math and Science.

She said she is a little nervous about moving away but “mostly excited. I’m a little worried about time management, but I’m sure I’ll figure that out.”

The two-year TAMS program is designed for high school juniors and seniors who are “high achievers and interested in mathematics and science,” according to the program’s online description. Students do not take any high school courses, but instead complete “a rigorous academic curriculum” of UNT courses taught by university faculty.

By the time Cairns graduates from the Texas Academy of Math and Science (TAMS), she said, she will have about 56 college credit hours.

The program includes about 200 other high school students, but Cairns said she is the only one from College Station, as far as she knows. The majority of the students are from the North Texas area, with other larger groups coming from Austin and Houston. The rest of the students are like her and are the only one or one of a few representing their communities in TAMS.

Cairns, who previously attended Allen Academy, is specifically following the traditional science track and taking biology, chemistry, calculus I and English in her first semester. Other tracks available to TAMS students are computer science and computer engineering, music, visual arts and design and media arts.

TAMS, which opened in 1988, has been at the back of Cairns’ mind since finding out about it in sixth or seventh grade, she said. Then, when she became a sophomore, she decided to send in her application.

“It’s going to be really interesting,” she said. “I think it’s going to challenge me a lot, and it’s great for students who feel like they need more of a challenge or they want to find a community of friends and people who understand wanting to keep learning and that school’s awesome and that group of people to support you in that.”

A former member of the Allen Academy rocketry team, Cairns said she plans to work with the physics club to develop a TAMS rocketry team.

Another exciting element to the program, she said, is the research opportunities she will have that would not be available at a traditional high school.

“Not only are we getting to work with professors, but there’s the opportunity to start publishing research in publications and have our names on science papers,” she said. Some TAMS students’ research projects have helped them secure the Goldwater Scholarship, offered to college juniors and seniors who plan to go into the fields of mathematics, natural science or engineering.

Cairns is interested in astrophysics and genetics, though she does not have a specific area in either subject that has captured her attention yet.

“They’re completely different, I know, but they’re both so interesting,” she said. “They’re very complex, but I love them, so I’m probably going to try to get into those labs.”

After completing the TAMS program, she will have the option to apply for the TAMS to Eagles scholarship, which offers a full scholarship that would let her complete her undergraduate degree at UNT and a yearlong master’s program.

During her time at TAMS, she said, she and her classmates will be considered undergraduate students and will have the option to compete in intercollegiate sports.

Cairns will move into her dorm Aug. 18 before starting classes Aug. 26 with the rest of the students at UNT.

“I’m going to meet all these amazing students, and they’re really interesting, and they’ve done some really amazing things, and I’m really excited for that,” she said, noting she is also eager to meet and work with her professors. “I’m just mostly extremely excited about becoming part of this community.”