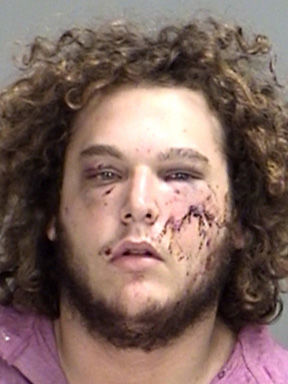 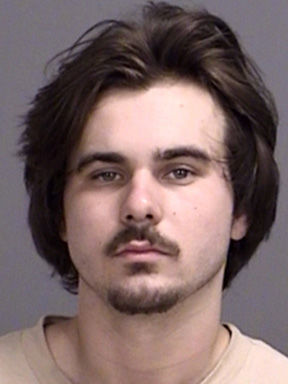 Two men were arrested over the weekend in College Station after an incident involving a backpack filled with drugs, police said.

According to College Station police, officers were dispatched to a fight at an apartment complex on Southwest Parkway just before 11 p.m. Friday. Officers spoke with 19-year-old Michael Emil Morpurgo of College Station, who said he had been at a party in the 100 block of Knox Drive and got into an argument with a man. Morpurgo grabbed the man’s backpack and fled the area, but he was followed by a group of men, who assaulted him.

Authorities went to the location of the party and spoke with Kolby Steven Young, 20, of Spring, who admitted owning the backpack, which he said contained marijuana. Police asked Young to take out the marijuana, and as he did, authorities said they spotted what appeared to be more drugs. Authorities said marijuana, 10 milligrams of hydrocodone, 25 Xanax pills, 28 grams of morphine, 4.5 grams of cocaine, more than four grams of PCP, 2.2 grams of crystal methamphetamine and 9.7 grams of hallucinogenic mushrooms were in the bag.

Authorities said four Vyvanse pills, some THC wax and several bongs were found in Morpurgo’s car. He is charged with possession of Vyvanse and possession of THC, both state jail felonies punishable by up to two years in a state jail. He was released from jail on $10,000 bond.

A Spring man arrested in August in College Station after an incident involving a backpack filled with drugs, a Bryan teen arrested in October …