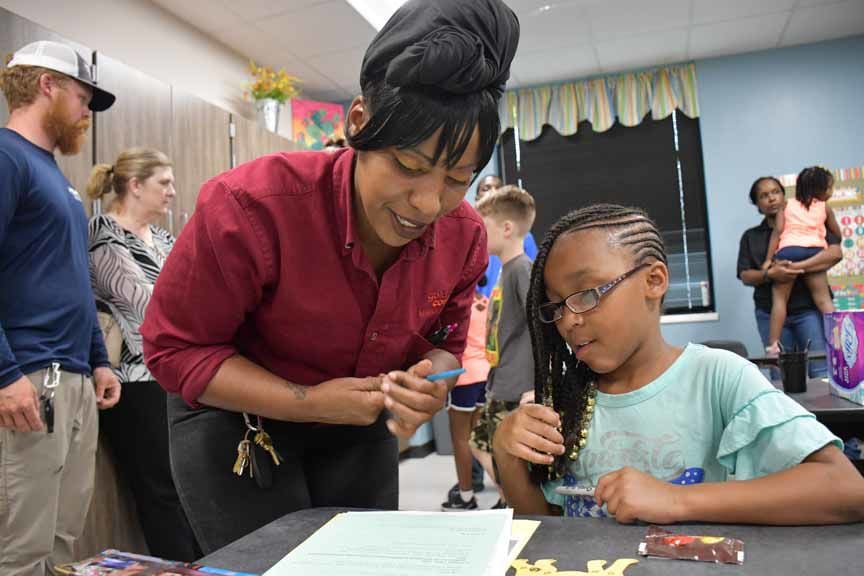 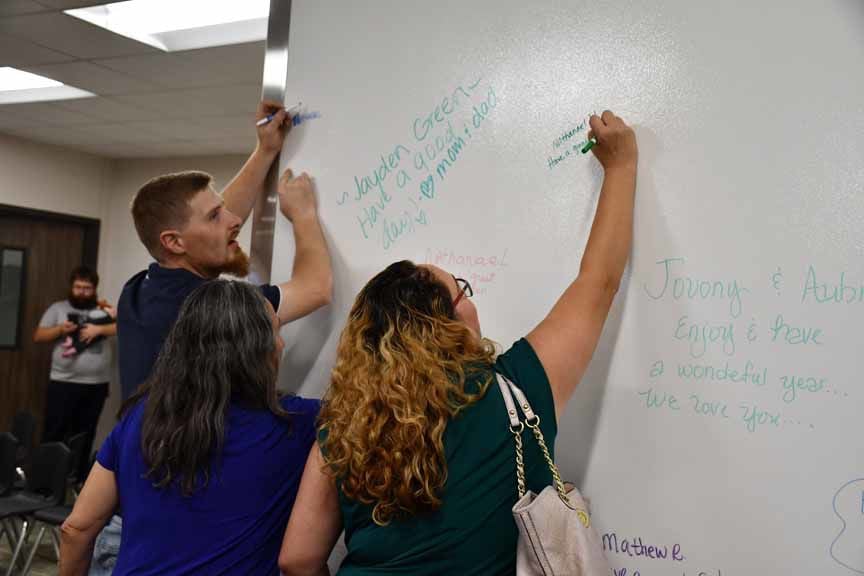 Nathanael Schoellman’s family leaves him notes on one of River Bend Elementary School’s dry erase walls during Tuesday’s Meet the Teacher event at the new campus. 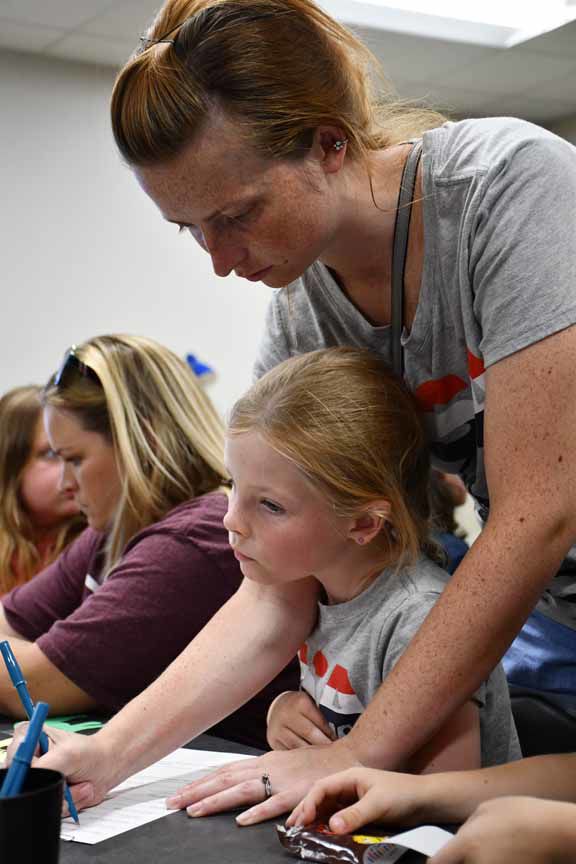 Nathanael Schoellman’s family leaves him notes on one of River Bend Elementary School’s dry erase walls during Tuesday’s Meet the Teacher event at the new campus.

Meet the Teacher nights mark the start of the new school year as students see their classrooms and parents drop off school supplies, but there was even more excitement at River Bend Elementary as the new College Station campus had its first back-to-school event on Tuesday.

“It’s just that first contact with the students,” second grade teacher Laura Gage said, calling it an adventure to open a new school. “It’s just exciting because they’re all so shy usually at Meet the Teacher. Most of them are just shy, and they’re trying to take it all in. I just love it because it’s just seeing them for that first time, getting that first hug. It’s just great.”

River Bend marks the 10th elementary school in the College Station school district. Though some parents and students were able to tour the campus during March’s Future Family Welcome Night, this week was the first time they were able to meet with all the teachers and see the classrooms set up for the school year.

In addition to the excitement, Regina Novosad said, it is also convenient to be able to bring school supplies and have that interaction with the teachers before the first day.

Novosad was at River Bend on Tuesday with her grandchildren and said she is glad they are still excited about starting school Thursday, whether they are going into kindergarten, third grade or seventh grade.

“They’re still young enough that they’re ready to come,” she said. “… The one in kindergarten, oh my gosh, she was so excited [Monday]. [Second-grader] Connor can’t wait because he loves to read, so he’s ready to come back so he can start getting books and stuff.”

Her older grandson, Tristian Luckie, who will be starting seventh grade at Wellborn Middle School, said he is most excited to begin playing football, going to the gym with his dad every day to work out and just going to a larger school.

“I can’t wait to meet new friends,” Luckie said while helping his younger siblings drop off their school supplies.

John Templer, who has a first grader and a third grader at the new campus, said he was glad they had the entire campus open to parents and students instead of just the individual classrooms.

“I think it was very well organized, … and very welcoming for the children and reassuring for the parents,” he said.

His first-grade daughter, Emily, said she was most excited to meet her new teacher, Chelsey Sweidan.

Lindsey Templer, who works in the campus’ special education department, said she liked how the classrooms were set up to help all students learn from centers to flexible seating options.

“The campus seems to really be wanting to grasp whatever’s the best learning way for the kiddos,” she said.

River Bend Principal Robyn Jones said the planning process for a new school begins about a year in advance.

“So many things happen without students involved, but all for the benefit of the students,” she said. “So getting to see it all come to fruition and seeing the looks on their faces when they walk in and the excitement just seeing the building really come to life. It sound cheesy, but it really is what happens. You take just all of this work that you’ve been doing in preparation and you just see it all come to fruition. It’s just the most fabulous feeling.”

Though it is a new school, some students arrived to see familiar faces in their classmates and teachers.

“It eases his mind a lot,” Jasmine Schoellman said about her son Nathanael knowing some people already before the first day.

One of the features of the new campus are a couple of dry erase walls, which parents used to leave messages for their students to see on Thursday.

“I hope that the first day of school sets the tone for students to be excited to come back every single day after that. That is our wish and hope for that first day,” Jones said.

Gallery: Back to School Bash at Creek View Elementary

Children had the chance to meet their teachers and drop off school supplies while also enjoying a dance party, face painting, a photo booth an…

Back to school means meeting new teachers and, in some cases, getting used to a new school. …