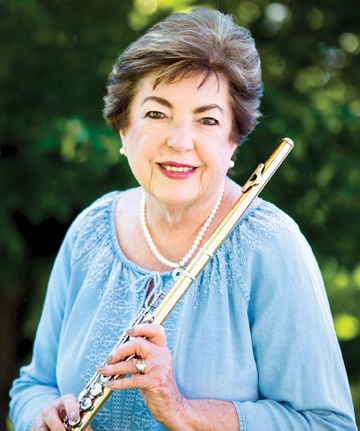 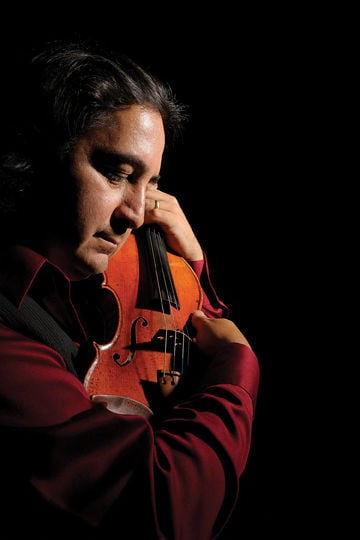 One of the most beloved classical works — as well as one of the most challenging and exciting works for strings and flute — will come to life Sunday when the Brazos Valley Symphony Orchestra and two of its outstanding musicians perform in the second concert of its Kaleidoscope of Classics season.

Concertmaster Javier Chaparro steps to the front for Antonio Vivaldi’s The Four Seasons. According to a symphony news release, the audience will be treated to “visions of spring birds, summer storms, autumn country dances and winter ice skating scenes.”

Penny Zent will take center stage for Johann Sebastian Bach’s Suite No. 2 in B minor, BWV 1067. During his six-year tenure as Kapellimeister — or musician-in-charge — in KÖthen from 1717 to 1723, Bach served the royal house of Prince Leopold, There, he turned his music from the religious to the secular. It was during this period that he wrote the Brandenburg Concertos and a series of suites, including the one to be performed Sunday. Written primarily for strings, the suite’s second movement includes “one of the most challenging and exciting works written for flute,” according to the symphony release.

The concert begins at 5 p.m. Sunday inside Rudder Theatre. Tickets are $45 for adults and $16 for students, available at the MSC Box Office on the first floor of Rudder Tower, online at boxoffice.tamu.edu or by calling 979-845-1234. Tickets will be more expensive the day of the concert.

Rudder Auditorium only seats about 700 people, so don’t delay purchasing your tickets.

Javier Chaparro originally joined the Brazos Valley Symphony Orchestra in 1992. The news release says Chaparro “is one of the most versatile musicians in Texas today as an accomplished singer-songwriter, band leader and composer of film soundtracks.”

A native of Peru, Chaparro performs regularly with his Austin-based band Salúd. He has performed concerts throughout North and South America and Europe.

Zent is one of the earliest members of the Brazos Valley Symphony Orchestra, joining during the orchestra’s second season. She has performed with the symphony longer than any other musician and currently is the orchestra’s principal flutist.

Like Chaparro, she has performed around the world. She was head of KAMU-FM for many years before retiring to see more of America and the world. She is vice president of the National Flute Association.

Zent is founder of the Brazos Breeze Flute Choir, which performs several concerts a year and is an ensemble in residence at First United Methodist Church in Bryan.

Twenty things to do this weekend around Bryan-College Station

There is something for everyone to do in Aggieland during this long weekend that celebrates Veterans Day. There are special dance performances…