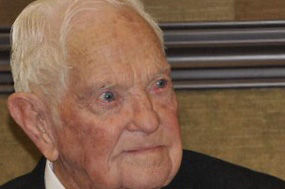 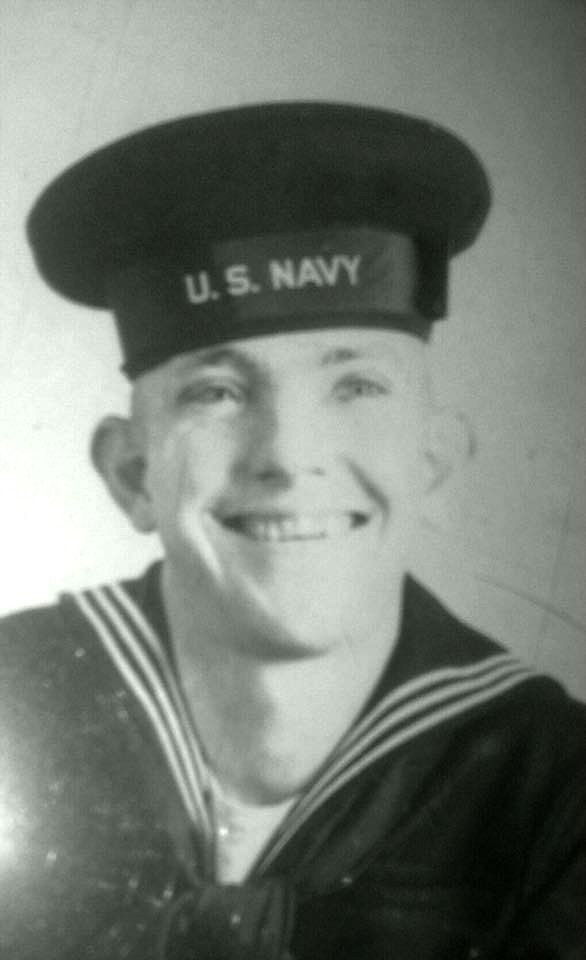 Before many people knew about radar, Walter Richards was manning the radar station aboard the USS Alshain during World War II.

Ultimately, Richards, who will turn 100 on Jan. 14, spent 22 months and 15 days in the U.S. Navy, completing five invasions in the Pacific aboard the amphibious cargo ship.

“It wasn’t good, but I made five invasions, and didn’t get a scratch,” he said. “I got in the Navy just in time to make the invasion of Guam, and then we moved to Philippines, and it was Leyte and Luzon.”

His ship made two invasions in Luzon where, he said, the upper island was good but the lower island had the Bataan Peninsula and caves.

“They didn’t want the Japanese to get down in there, so the first invasion was to cut off the Bataan Peninsula and entrench ourselves, and then about eight days later, we made the invasion of the upper island,” he said.

As a radarman third class, Richards and his other two team members had their battle stations. That is where he was when the USS Alshain barely escaped a kamikaze attack.

“When we started to go to Okinawa ... just at daylight — right after daylight — we had a kamikaze attack,” he said. “They dive into the ship, and the ship next to us caught one, but they didn’t lose their life.”

Following the invasion of Okinawa, Richards’ ship went to New Caledonia to load up for the next invasion. As protocol, they never knew where their next location was until two days into the mission.

“But we got there and were supposed to start loading in the morning. They didn’t start loading in the morning,” he said. “We wondered why, and they told us to turn the radio on. We had a short-wave radio, and the news came through: The war was over; Japan had surrendered. Then instead of loading, we went back to Hawaii, and we had to wait there and were given discharge.”

After finishing their physicals in Houston, a group of three or four men caught a ride back to Bryan-College Station for a small fee, though Richards said, they “would have gladly paid twice.”

After first leaving Bryan on Feb. 7, 1944, as a volunteer, he returned home to his family on Dec. 22, 1945, just in time to celebrate Christmas with his wife and son. His daughter was born a few years later.

His son was 4-years-old when Richards arrived back home, and Richards’ wife, Margaret, had to introduce the boy to his dad.

Richards said, “He came over, and I put my arms around him, and I said, ‘Now, son, I’m your daddy. I’ve been away fighting a war, and by the way we won, and now you can mind me, you momma and [your uncle].’”

“I have four great loves in my life,” he said. “First is my Lord, Jesus Christ, and second, my family — my wife mainly, we were married 73 years — and my country. If I had it to do over, I would. … And the other one is my friends. I’ve got friends all over the world, and they pray for me, they support me, and I’ve got them here, too.”

Even though his wife died seven years ago, he said, he visits with the love of his life daily.

Richards was in Galveston during the attacks on Pearl Harbor on Dec. 7, 1941. Less than three years later in early 1944, at the age of 24, he volunteered for the Navy. He said he figures they were probably getting ready to draft him anyway, but he had preference as a volunteer.

He knew nothing about radar, he said, but assured his officers he was willing to learn. Richards said he chose to work with radars thinking it would lead him back to College Station to study at Texas A&M’s training school. Instead, he was sent to Hawaii.

He and two men from the West Coast — California and Washington — were grouped together and became good friends.

“We were together the whole time,” he said. “We really liked each other. They called us the three musketeers.”

Some of the best memories of his time in the Navy, he said, are those friendships, noting how much they all had to trust one another.

Though the war was not a pleasant time in his life, Richards said, many good things happened as a result of it, including the chance to get his education.

While a student in the A&M Consolidated school district, Richards had dropped out of sixth grade after his mom’s death. After the war, though, he got his GED and went on to earn his associate’s degree in Tennessee, his bachelor’s and teaching certification from Howard Payne University and a master’s degree from Sam Houston State University.

His post-war careers included teaching fifth and sixth grades — in the Iola and Rockport school districts — and serving as a pastor in small churches.

“My wife also was a teacher, and we taught school in order to get enough money to work with small churches, and I pastored for about 65 years,” he said. “I preached my last sermon at 92 years old.”

Reflecting on his life, Richards said, it has been a “wonderful” one.

“I think that every major decision I ever made that turned out right was something [God] impressed me to do,” he said, encouraging people to serve God. “I still do. I still go to church. I don’t hear anything the preacher says, but I still go.”

Richards lives in Bryan with his daughter, Marilu McDonald.

Bryan resident enjoying time back home after missions in Iraq