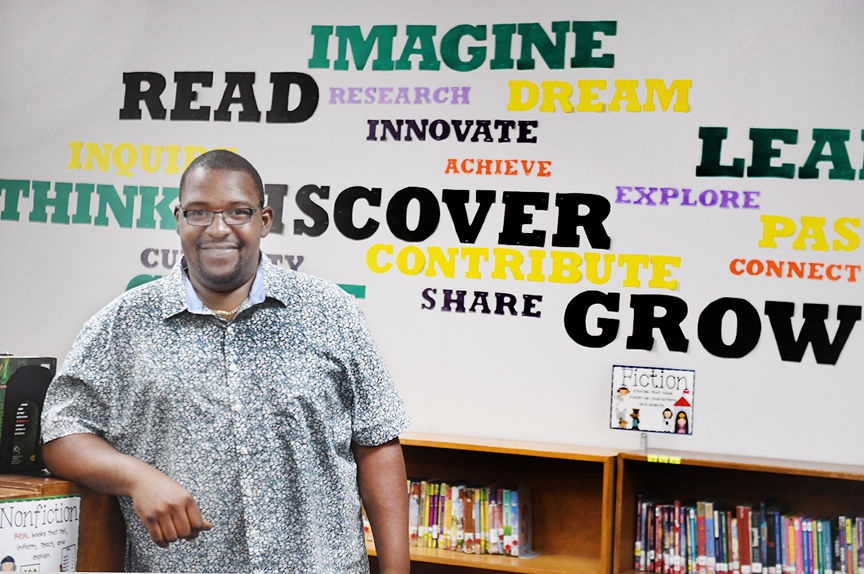 Hearne Elementary’s Antonio Redmon, who teaches fifth grade at the school, says he relates to his students who come from a socially and economically challenged background, and he often knows the kids or their families personally. 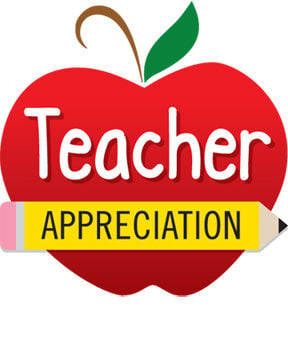 Editor’s note: In recognition of National Teacher Appreciation Month, The Eagle will be profiling area teachers throughout the month of May. If you would like to suggest a teacher for a future profile, email

When he was a child growing up in Hearne, Antonio Redmon had a room with walls covered in maps and bulletin boards with numbers and letters that he had gotten from his teachers so that he could teach imaginary classes to all his neighborhood friends.

Redmon graduated from Hearne High School in 2004 and went to Prairie View A&M University. After graduation, he taught in the Trinity school district for a couple of years, then moved back to Hearne, where he has been teaching at the elementary school for seven years. He’s currently instructing fifth grade.

“I enjoy being back in Hearne, in my hometown,” Redmon said. “It was my dream: go to college, become a teacher and come back to my hometown and teach. I’m living out my dream.”

Just like any dream, there’s always realities — teaching isn’t exactly what he thought it would be.

“But something comes along and reassures me that I’m in the right profession,” he said.

And that “something” is the reward he gets from teaching children he understands. He relates to many of them who come from a socially and economically challenged background, and he often knows the kids or their families personally, he said.

“It really makes a difference that I know most of the students, and I know their parents or grandparents or aunts and uncles,” Redmon said. “I can say, ‘I know what your parents’ expectations are, they sent you to school to learn,’ then their eyes light up when they know I know their parents. They respond better to me.”

It also makes a difference when students know that Redmon grew up with financial struggles, but he didn’t let those struggles hold him back from accomplishing his career goals. His single mother, who always had several jobs, made sure he had good role models and passed on a legacy of hard work.

“Those things she told me, I share with the kids — that once you put your mind to it, you can do it as long as motivation is combined with effort, you will achieve your goals,” Redmon said. “Not to toot my own horn, but I thank God that I’m a living example of that. Most of the children I have now are in the same situation or similar situation, and I want to show that it is possible to be successful if you’re being raised poor and by a single mother.”

Redmon’s ability to relate to his students is partly why he has earned the Hearne’s Elementary School Teacher of the Year award twice. Hearne Elementary School Special Education Teacher Brandi Reyna, who spends time each day in Redmon’s class, nominated him for the award after seeing how well he engages with students.

“He’s very mindful of what the kids’ needs are and what level each of his students is at,” Reyna said.

In her nomination letter, Reyna wrote, “He takes time to develop rapport with each student and tries very hard to understand them both as individuals and also their home life. He puts in time to truly find out what makes his students tick and what he can do to assist them in being successful.”

He’s also skilled in techniques and strategies that help students understand content, Reyna said. He breaks down large assignments into several smaller ones for distractible children; he uses music; he uses relevant topics, and he knows how to get children’s attention with a dynamic and energetic voice.

Redmon admits his love for music is key in his teaching. It’s just easier to remember what adverbs are when every day you sing, “Adverbs modify verbs: how, when, where. They tell, ‘Work slowly, work today, work there, work well.’ ”

“The songs are reinforcing the content,” Redmon said. “I really like incorporating songs — it makes an impact. ... You’ll never struggle with parts of speech for the rest of your time in school because you’re able to go back to the Parts of Speech Rap.”

Redmon strives to make sure the children enjoy learning and know they are valued. It’s about contributing to a community that taught him that even when you don’t have a lot, you still give back, he said.

A box in Molly Wilder’s classroom is overflowing with notes from students, parents and fello…

When Susan Isles began teaching in Texas more than 23 years ago, everything was “old school,” she said.

National Teacher Appreciation: Educators from around the Brazos Valley

In recognition of National Teacher Appreciation Month, The Eagle will be profiling area teachers throughout the month of May. If you would lik…

For Allison Klinke, making sure her second-grade students at John C. Webb Elementary School in Navasota gain a love of reading is a big priority.

Leslie Deeter and her husband were in town visiting 12 years ago when they found Still Creek Ranch in the phone book.