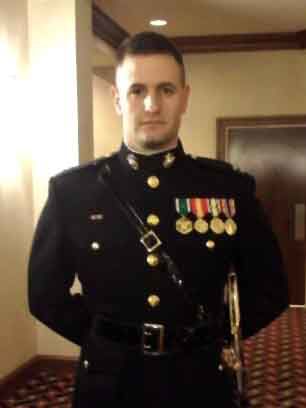 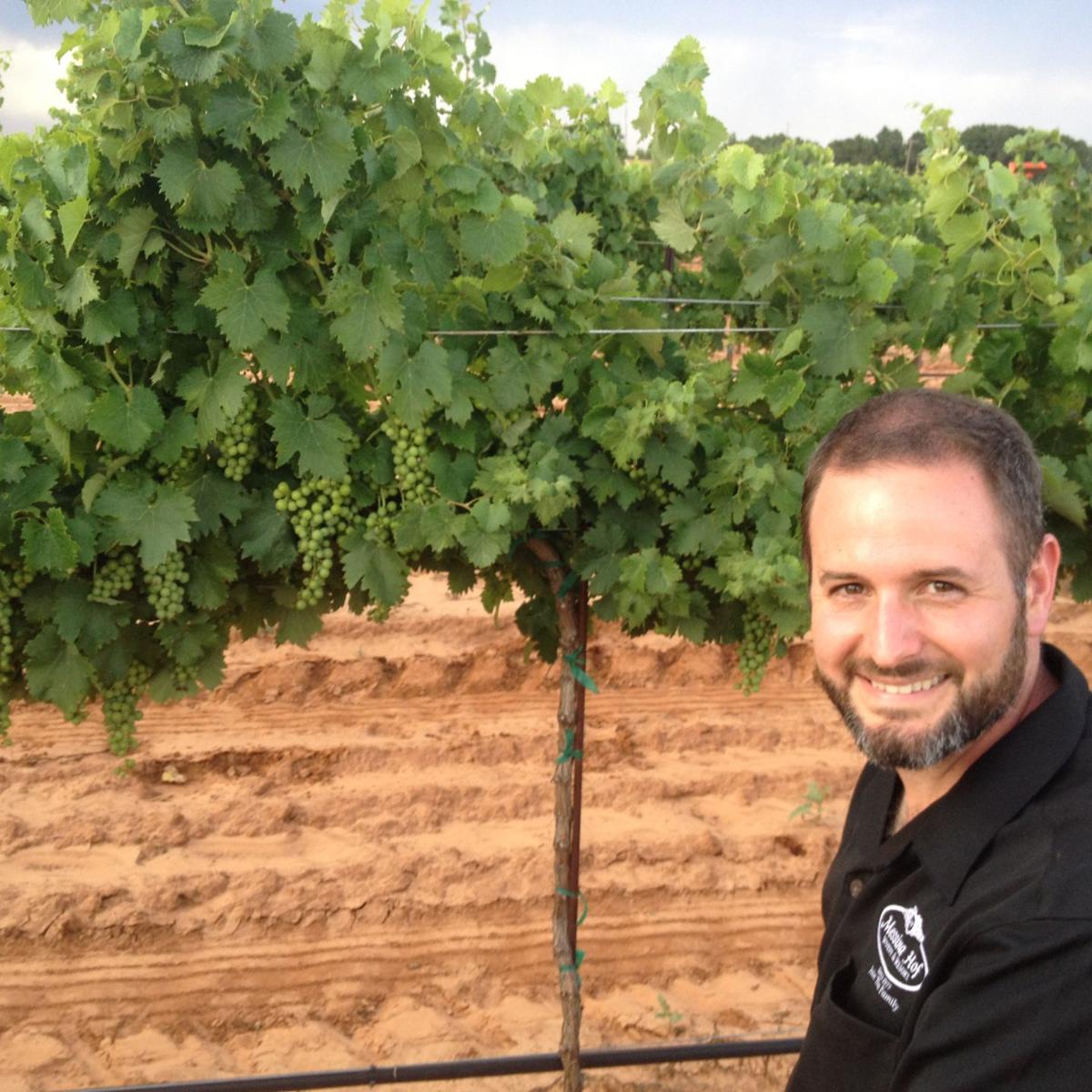 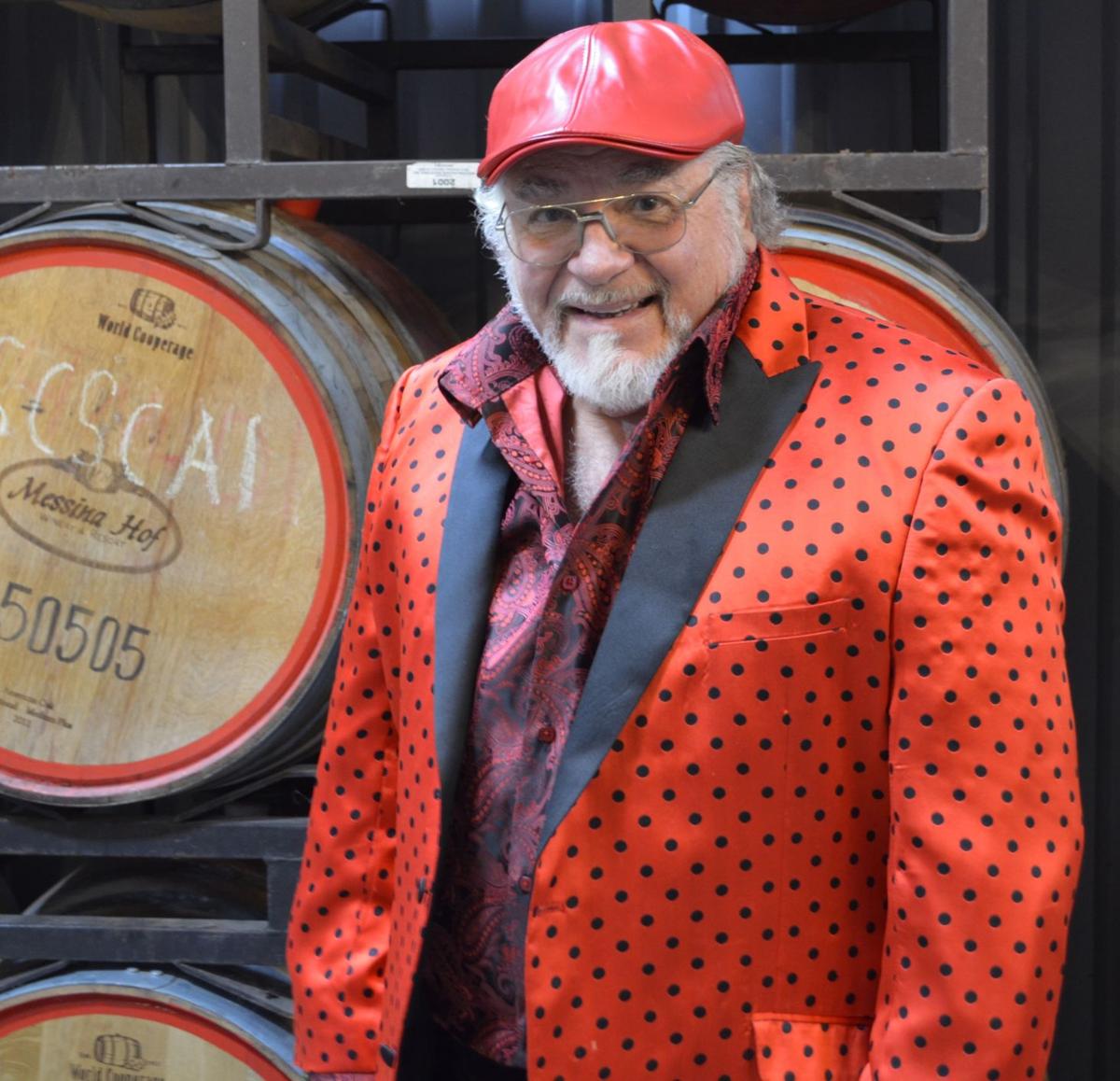 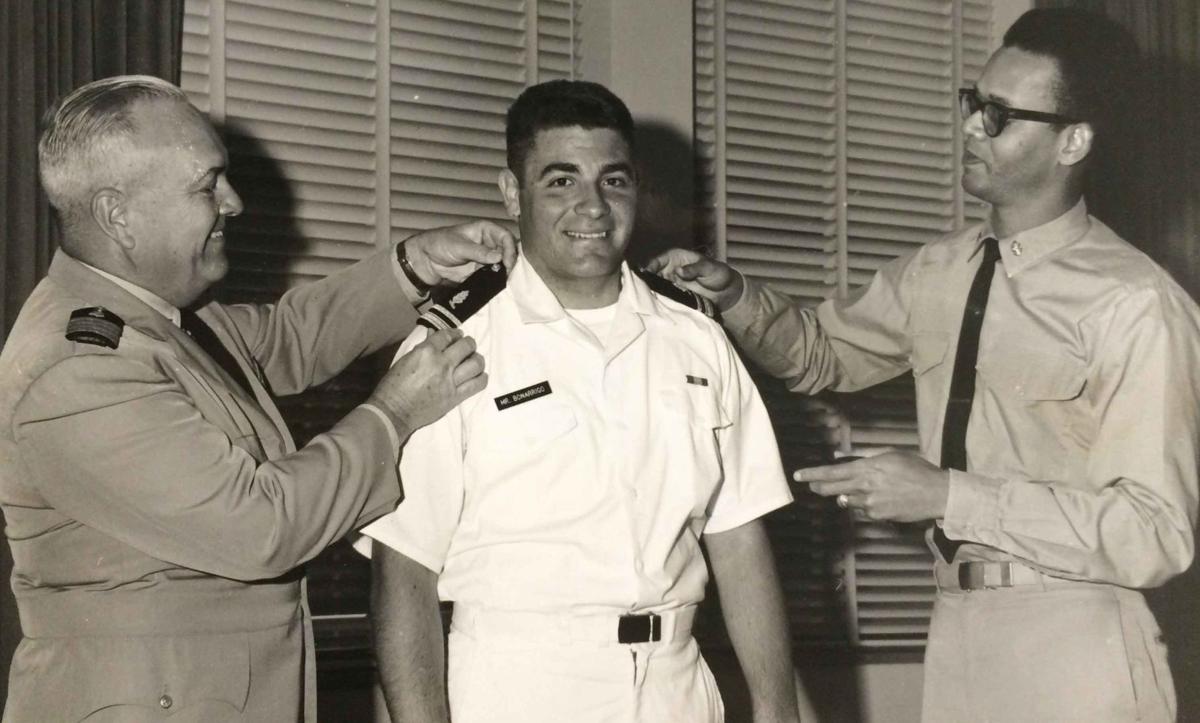 Joining the Marine Corps was a goal for Paul Mitchell Bonarrigo from his early teens. He credits working at his family's Bryan winery at a young age alongside former Marines as the thing that helped pique his interest.

"They had served in different roles, and the stories they told me and that culture really planted a seed with me," he said. "That's what got me interested."

After that, Bonarrigo said, there was no turning back. By high school he was running weekly in "boots and utes" and training for the physical fitness test, and upon graduation attended the U.S. Naval Academy in Annapolis, Maryland.

The Sept. 11 terrorist attacks occurred his freshman year, when the commandant had a sobering conversation with Bonarrigo's class.

"He told us, 'You will be at war your entire career.' ... It was very apparent at that time that the war on terror was gonna be a long time. The beginning of our class was 1,400 people, and we graduated with 900," Bonarrigo said.

For Bonarrigo, there were some worries about the unknown, but he was prepared to stay the course. He graduated in 2005 as a commissioned officer for the U.S. Marines with a degree in systems engineering.

Bonarrigo has followed a path similar to his father, Paul Vincent Bonarrigo -- whose own father served in the Navy during World War II.

Paul Vincent called it a "proud day" in 1968 when he was sworn into the Navy as an ensign before attending officer training in Newport, Rhode Island. From 1968 to 1970 he was assigned to the Oakland Naval Hospital as a physical therapist and was in charge of amputee and burn patients who were wounded in Vietnam.

"Many of the patients still had mud from Vietnam on their uniforms as they were transported from Vietnam to California," he recalled.

Paul Vincent was later the director of physical therapy at the Naval Aerospace Medical Center in Pensacola, Florida, from 1970 to 1971. There, he began a career in sports medicine and later became director of the St. Joseph Hospital physical therapy department and opened his Sports and Back Clinic in Bryan.

"I was honored to serve our great injured veterans," he said. "I was even more honored to have a son who was a captain in the Marines and attended the U.S. Naval Academy."

Paul Mitchell would eventually go on to continue that legacy after serving five years of active duty.

Before the Naval Academy, Bonarrigo thought he wanted to be a sniper. That was until he met his wife, Karen. In trying to find a specialty that was less combative, Bonarrigo turned toward communications.

"The communications world is so interesting," he said. "The two lifebloods of combat are communications and logistics. So without those things, general operations can't work. That was really intriguing to me."

During his first deployment to Iraq, Bonarrigo said his primary role was handling computers, intelligence feeds, satellite connections and related assets in the western part of the country. During a brief mission in Nigeria, he was part of a task force helping to train several African nations in anti-terrorism operations.

"That involved everything from logistics to communications to combat. ... They had a hard time coordinating between countries," Bonarrigo said. "The cells they were fighting against, all they had to do was jump over the border and the other country wasn't tracking them. And so really the idea of a joint operation against cells that were crossing borders was a foreign idea to them. We were trying to teach them how to properly work with each other to engage those forces."

In his second deployment in Iraq, Bonarrigo was the operations officer for a communications detachment. That involved handling every element of communications in the western Al Anbar province -- including computer assets, radio assets and telephone and communication infrastructure in the ground.

Back in the United States, Bonarrigo also served in the Wounded Warrior Battalion in Camp Lejeune, North Carolina, which helps arrange care and support for injured Marines.

Upon exiting service, Bonarrigo and other Marines discussed the fact that Brazos County was one of the only counties in Texas without a Marine Corps League. With the inaugural meetings hosted at Messina Hof, the Brazos Valley Marine Corps League was formed and formally chartered in 2012.

That same year, Bonarrigo become chief executive officer of Messina Hof, which has also hosts an annual Marine Corps ball. The Bonarrigo family's military tradition is also reflected in some of their wines. Proceeds from a collection that includes a cabernet sauvignon, a chardonnay and a dessert red called the "Admiral's Reserve" go toward the Admiral Nimitz Foundation, which supports and operates the National Museum of the Pacific War in Fredericksburg.

Bonarrigo stresses the sacrifice of others when describing his military service, but said that he hopes the Bryan-College Station community continues its reputation of honoring local veterans.

"I do think it's very important for our local community to recognize that they have a huge number of veterans [here]," he said. "They should be proud of that, and they should recognize that it's important to include that perspective in any discussion."