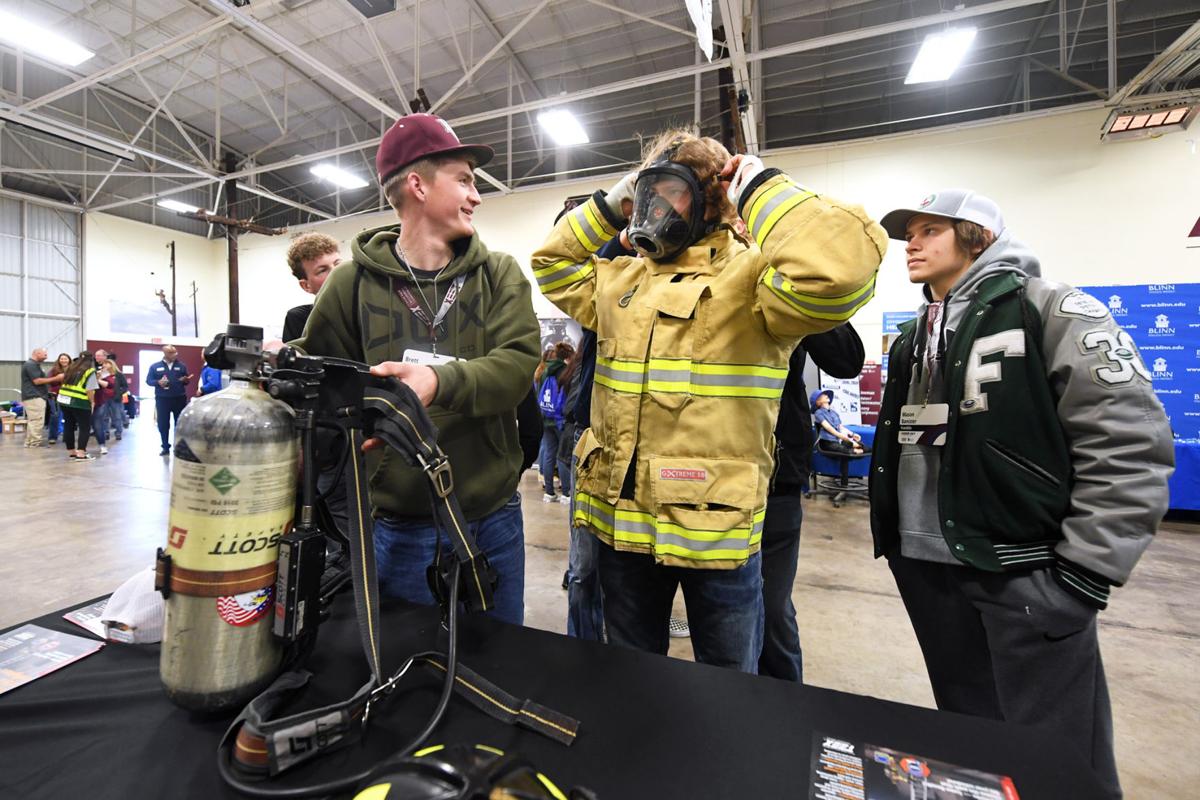 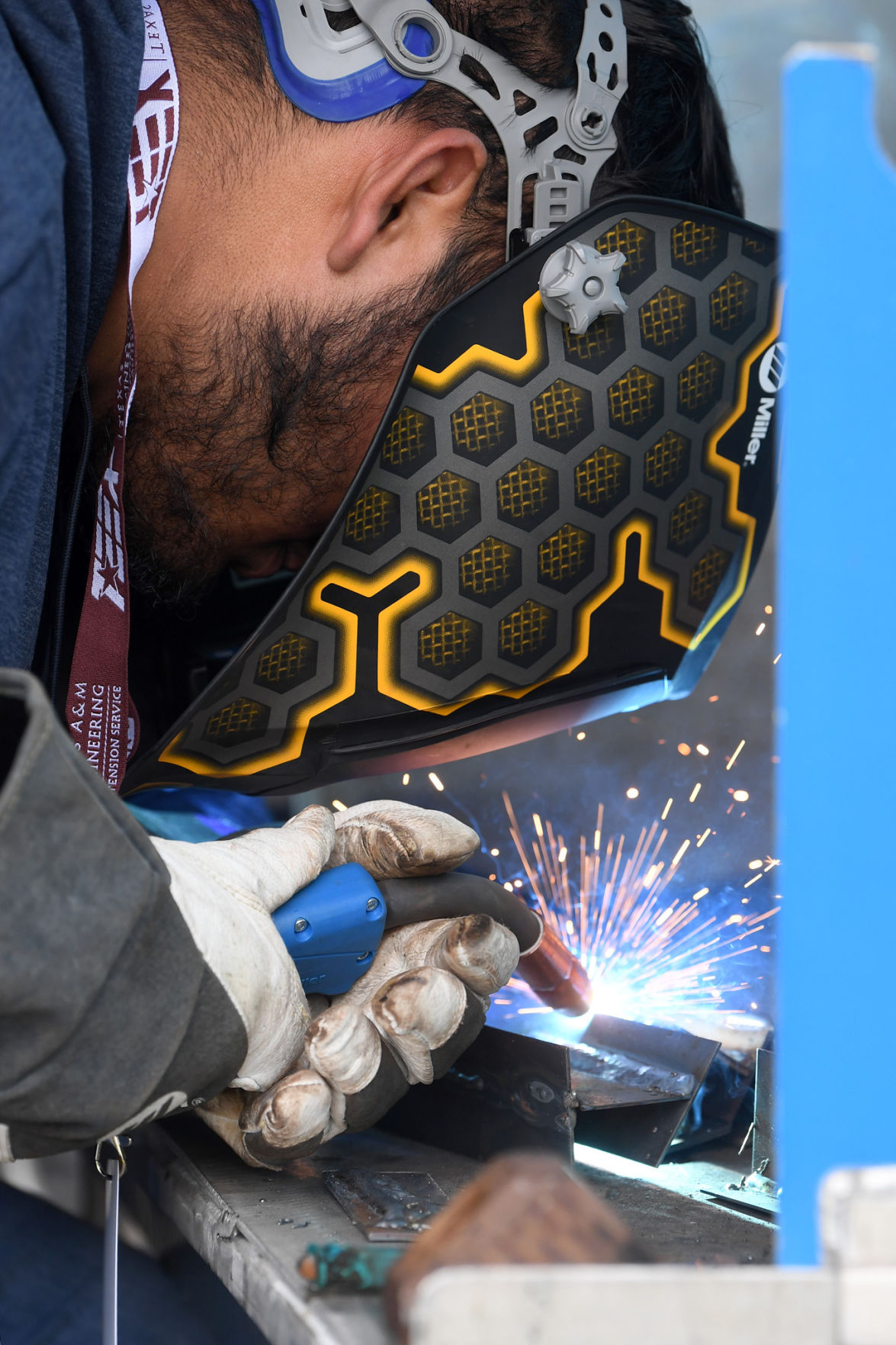 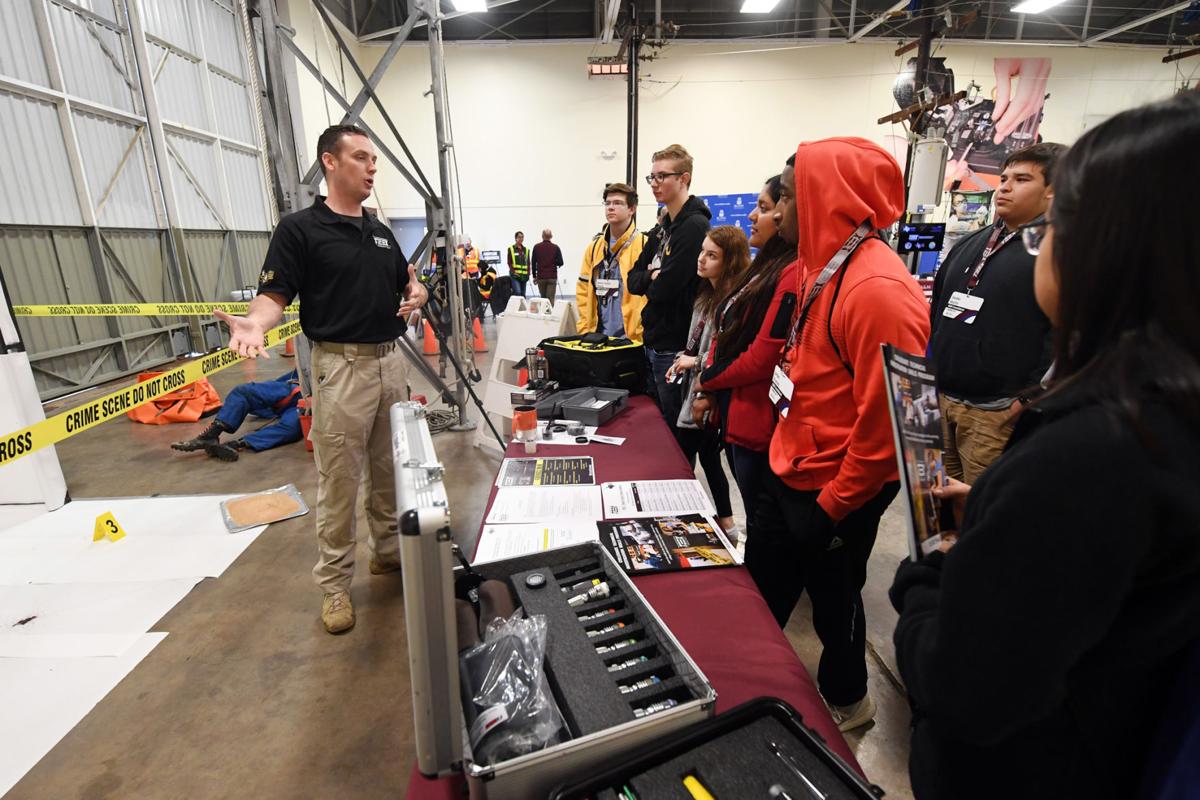 Hundreds of Brazos Valley high school students got a glimpse of the Career and Technology Education opportunities available to them at the first CTE Career Day at the RELLIS Campus.

Sponsored by the Texas A&M Engineering Extension Service and Blinn College, the purpose of the day was to introduce high school juniors and seniors to career and degree options they may have not considered.

“It’s a good opportunity for them to be able to see what all’s available, what’s here in the Brazos Valley for them,” TEEX Educational Initiatives Manager Tony Tasillo said, noting the six areas included in the event are only a fraction of what is considered CTE.

Not all students want to go to college or are ready to go to college at 18, he said. The Career Day event allows them to see what certifications they can pursue through TEEX and then how those tie into degree programs at Blinn College if they choose later to pursue higher education required to hold management positions.

“Having been an educator in a classroom for many years before I came to TEEX, there was always the push years ago, ‘They have to go to college; they have to go to college,’ ” Tasillo said. “A lot of my former students would have never thought about these careers, because that’s what the push was. Now with all of the Career and Technology Education programs, there’s a much greater understanding we need these folks just as much as we need folks that have degrees.”

With 500 student participants from the area in the event’s first year, Tasillo said, he it is a promising sign for the future of the career day.

Richard Hobbs, facilities maintenance instruction coordinator for Blinn College said not only is the college working with TEEX to present the Career Day event, but the two entities are working together to develop what used to be certificate-only programs into Associate of Applied Science degree pathways.

A&M Consolidated High School health science teacher Sara Willis said it is important for her students to understand the options they have to pursue a part-time job as a way to help pay for college.

“This is a great opportunity for them to come and actually talk to people who are involved in the programs to see some really cool hands-on stuff,” she said.

Even though engineering is in TEEX’s name, A&M Consolidated High School senior Hayden Eoff said, it is much more than engineering. After seeing what the event had to offer, he recommended other students take the opportunity to attend next year if they have the chance.

“Just do it, and get out here and learn what options you have, because there’s so much more than you would think,” he said. “Just listen to what they have to say here.”

Bryan High School senior Dakota Brown, who is also in the Bryan CTEC program, said learning about the lineman program has made him reconsider his plans for after graduation.

As students weigh their options, he said, he would recommend them be open to learning about other opportunities. He had considered a career as an electrician but now will be looking further into the 15-week TEEX lineman program.

Josh Barnett, a TEEX fire academy alum and instructor, said he graduated from Franklin High School thinking he would be a high school football coach. Then, later than most, he entered the fire academy.

“When we went to school, we didn’t have this,” he said. “Nobody gave us possibilities. We just kind of graduated high school and said, ‘I think I want to do whatever.’ … And to be honest with you, didn’t excel at what we thought we would.”

CTE will not be the path for all students, but it at least gives students an understanding of what is available locally.

“I believe strongly in the world needs workers and service people. … They’re just as important as everybody else,” he said. “People expect the air conditioning and lights to work, but nobody thinks about the people who make those everyday amenities possible.”