Members from the Bryan, College Station and Texas A&M University police departments, the Texas Department of Transportation, Texas Agrilife Extension and the Brazos Valley Injury Prevention Coalition spoke to a group of students about the importance of buckling up during the 16th Annual Click it or Ticket campaign at Harmony Science Academy in Bryan on Thursday morning.

In addition to the speakers, TxDOT displayed the crumpled remains of a pickup where the occupants walked away with minor injuries thanks to taking a few seconds to click it.

If you don't, the authorities reminded the students, plan on getting a ticket.

The students watched what happens when occupants of a vehicle choose to wear their seat belt incorrectly or not at all with TxDOT's rollover-convincer.

"Part of our job is to investigate accidents and issue citations, enforce the state and local laws. I can't tell you how many times we've been to accidents [that] look horrendous, little bit worse off than that," Officer Gregorio Falcon, from the Bryan Police Department, motioning toward the crumpled truck on display. "And folks are walking out because they were wearing their seat belts, air bags deployed and lives are saved. And then I can't tell you how many times I've walked up to a minor accident where you think it's OK, weren't wearing a seat belt and were ejected through a windshield [incurring] severe injury or loss of life."

In 2017, 92 percent of Texas drivers used their seat belts but still 927 people died in accidents where occupants were not restrained.

According to the Texas Transportation Institute at Texas A&M, drivers and front seat passengers in 18 Texas cities were observed and it was found that the number of unrestrained occupants increased by more than 50 percent from day to night.

Officer Jay Matush from the College Station Police Department Community Enhancement Unit said that officers from across the state are going to be ramping up enforcement of the seat belt laws as they are written, especially at night.

Not buckling up properly for both adults and children can come with penalties. Children under the age of 8 must be buckled into a child safety or booster seat until they are taller than 4'9" and failing to do so carries a fine up to $250 in the state of Texas. Adults who fail to properly fasten their seat belts face a fine up to $200.

"The idea behind this is to encourage motorists and parents of young children who should be in their child safety seats to be using the seatbelt equipment properly," he said. "We want to prevent those serious injuries and fatalities as much as we can and if this is what takes, if we have to write those citations as a reminder, then that's what we will do."

In the Brazos Valley in 2017, there were 39 fatalities and 56 serious injuries from not wearing a seat belt.

"If you are not wearing a seat belt, you are 30 times more likely to be ejected during a crash. At least three out of four people ejected during a crash die from their injuries, and even those surviving the crash after being ejected most will suffer life-changing spinal cord or traumatic brain injuries [resulting] in their being totally dependent on others for the rest of their lives," said Cindy Kovar, safety educator program manager at the Brazos Valley Injury Coalition, which is funded by TxDOT.

"Kids are watching and following what you do and what you say and your actions are more powerful than your words. If you're telling them to wear their seat belts or not to text and drive, you must lead by example," Kovar said. "Parents and teachers, you are the number one influencer in these young people's lives. And students, you can lead by example: Remind your parents, siblings and friends to make safe driving choices. You speaking up can save their lives or yours."

Motor vehicle accidents are the leading cause of death in 15 to 20 year olds in Texas.

"Let this wrecked truck serve as a reminder that wearing your seat belt is vital to saving your life. Your life is worth more than the few seconds it takes to buckle up. Just wear it. No excuses." 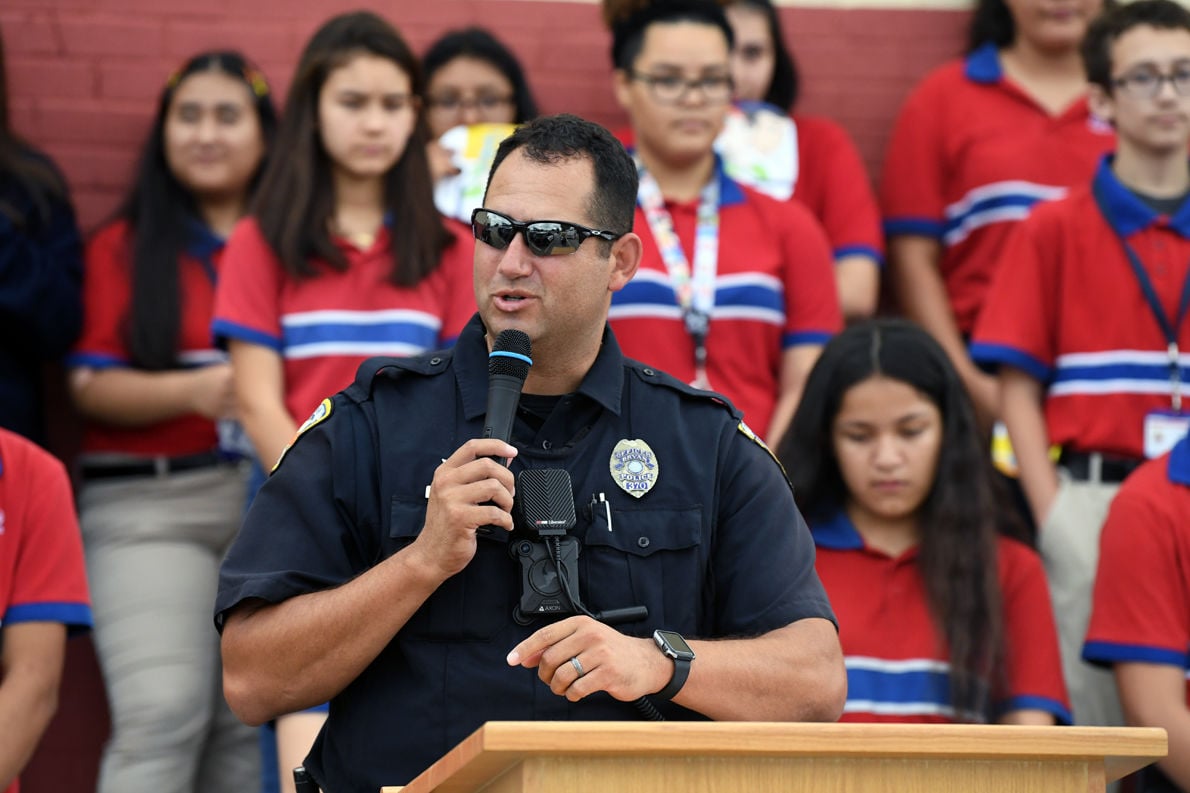 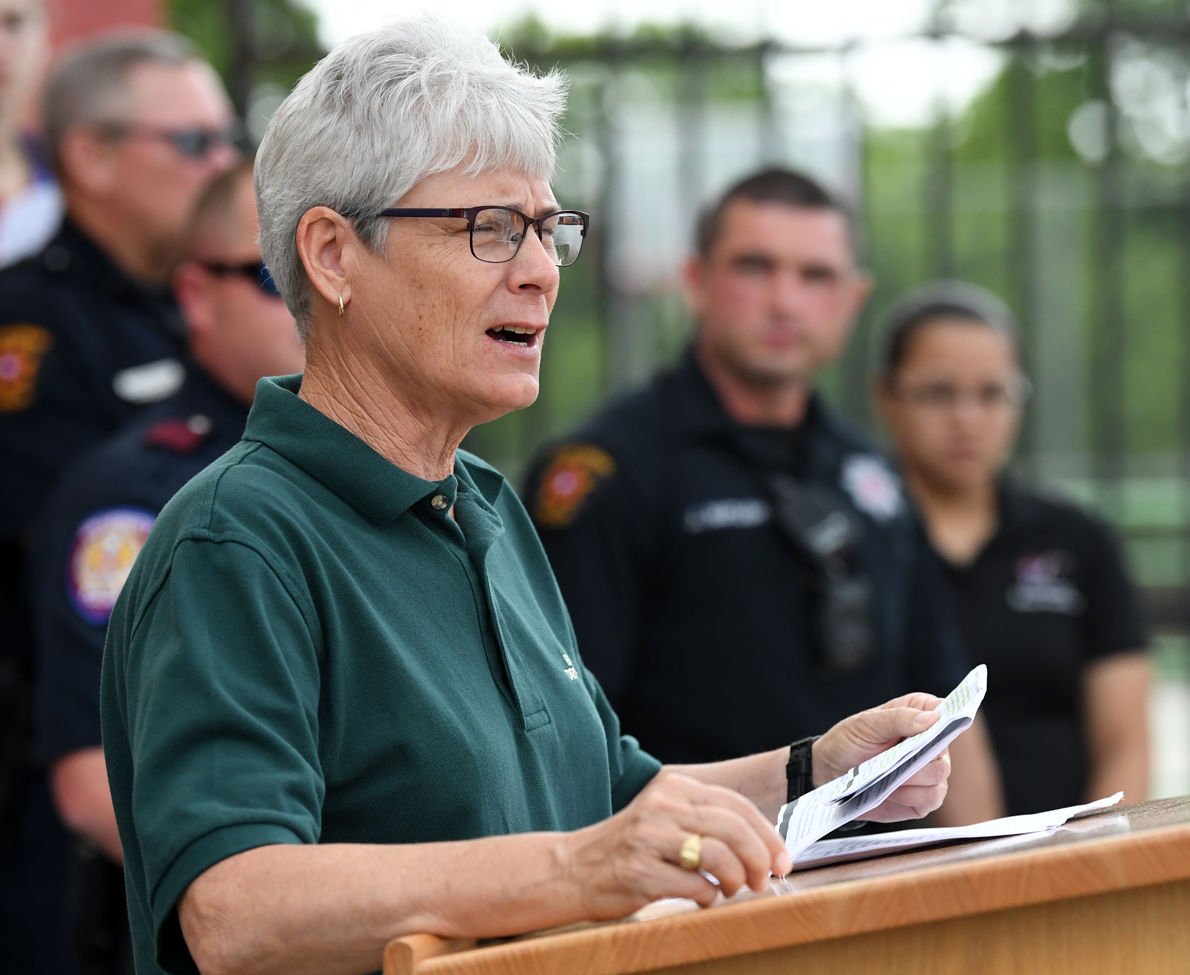 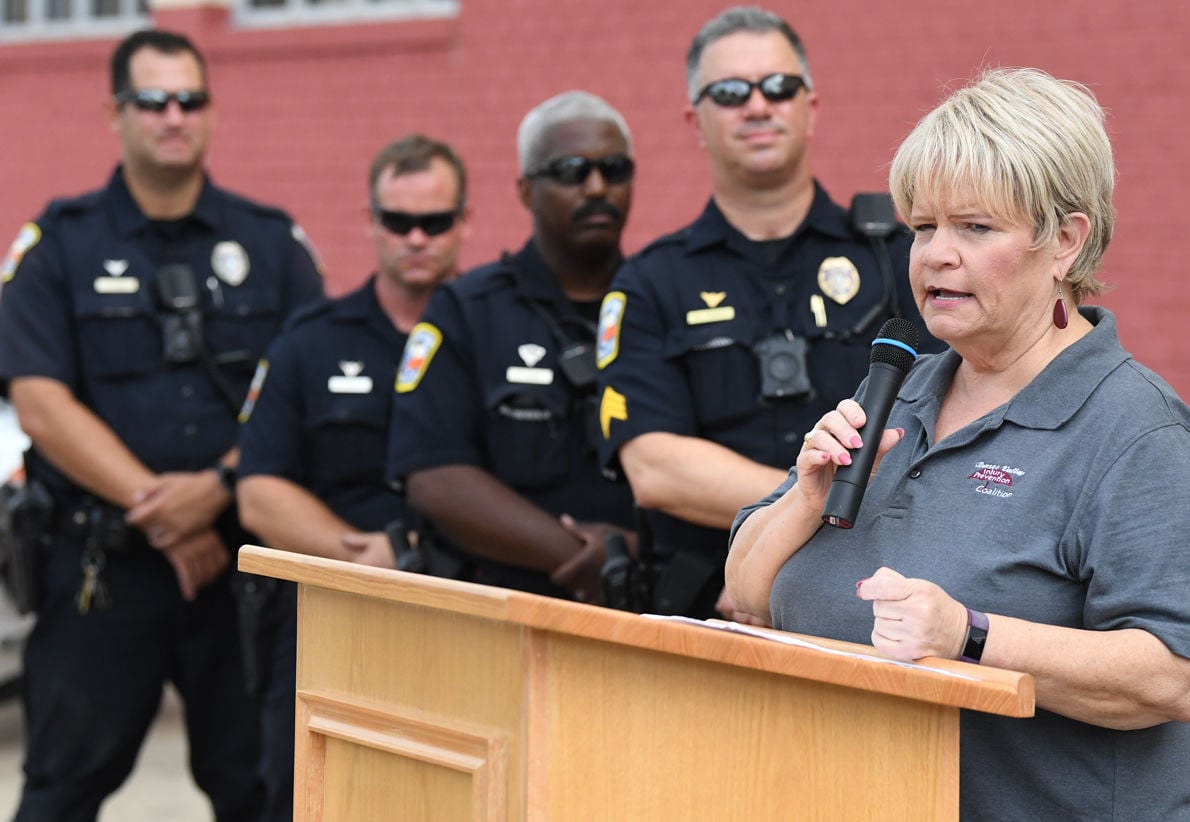 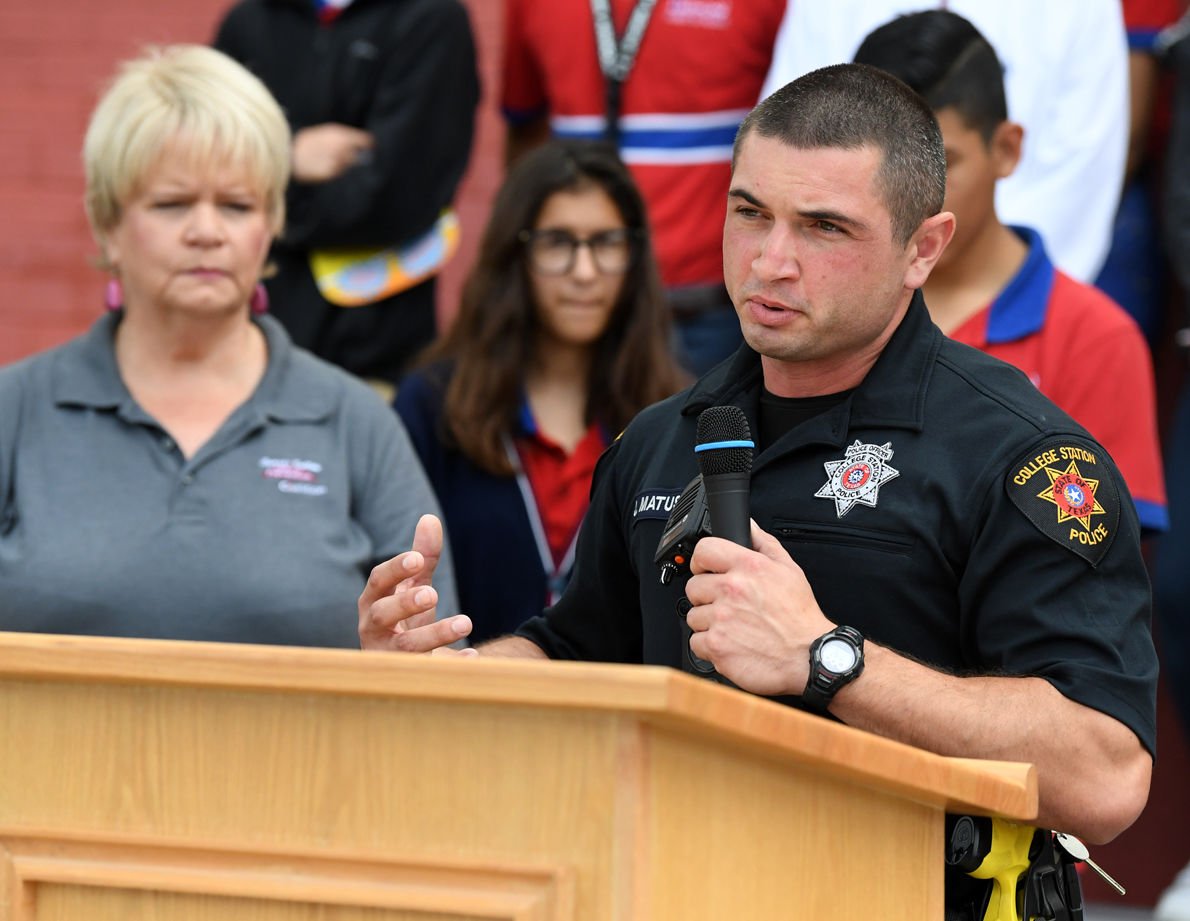 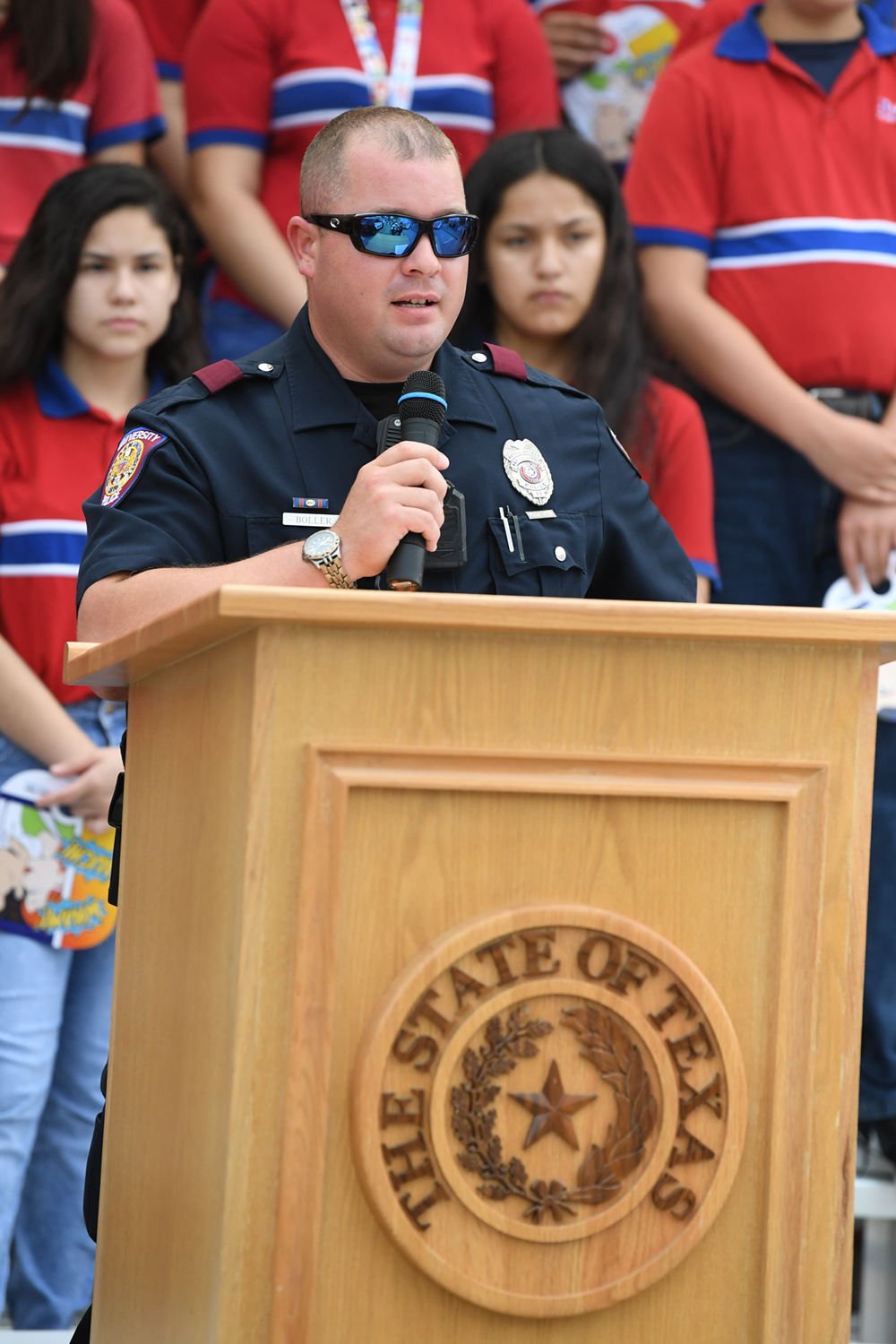 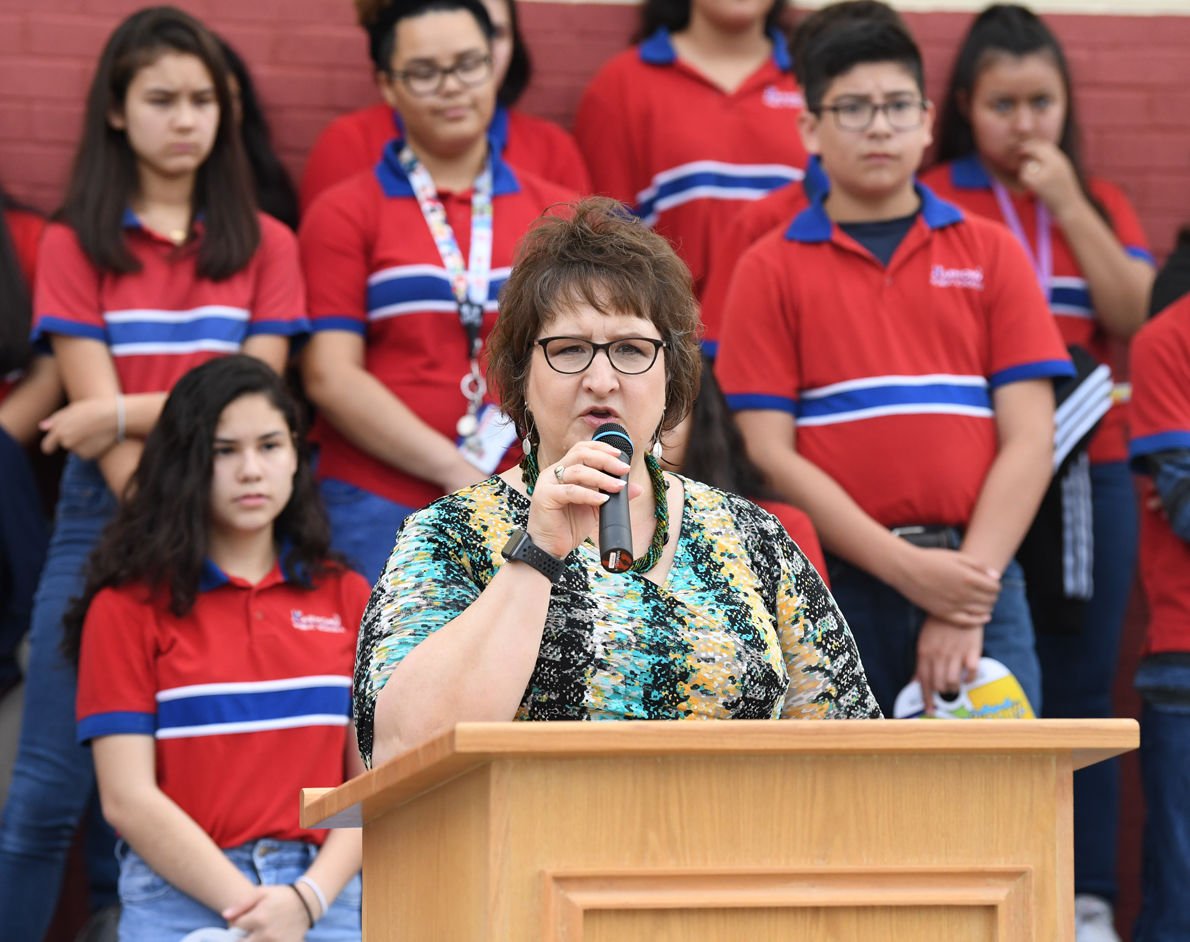 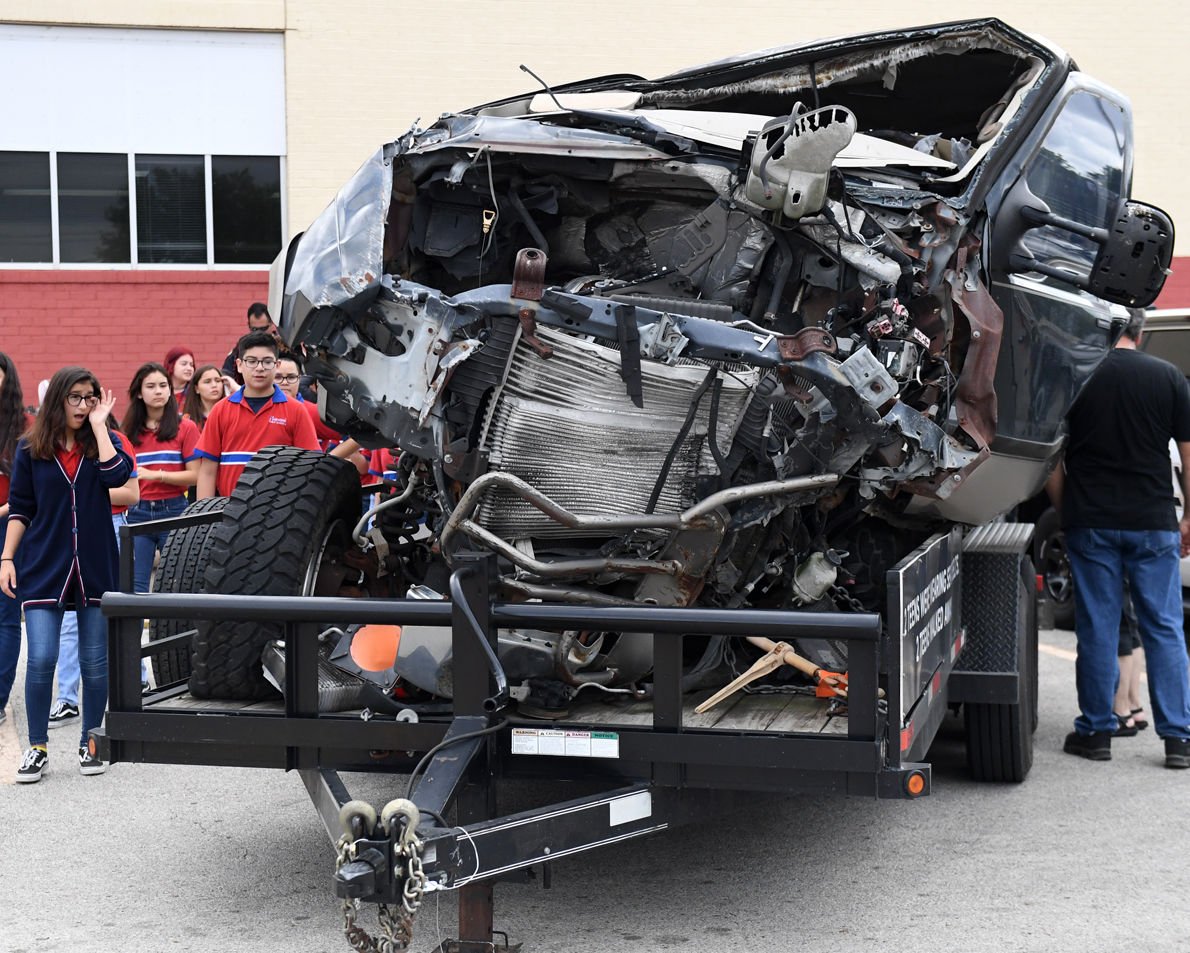 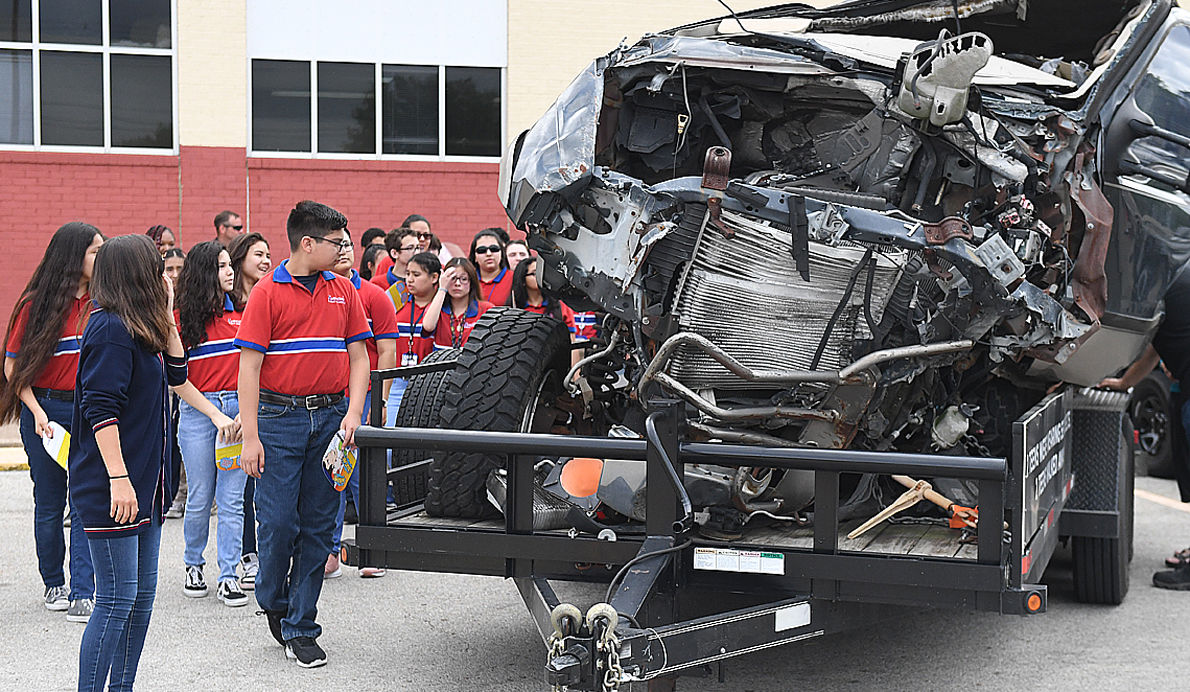 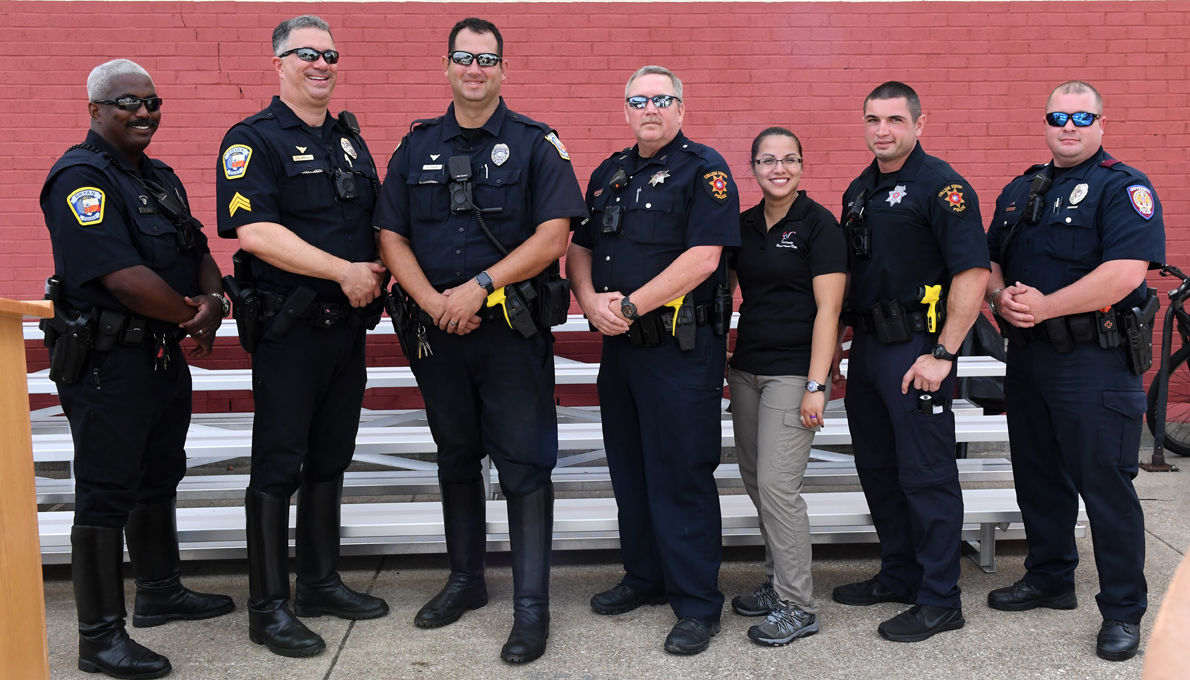 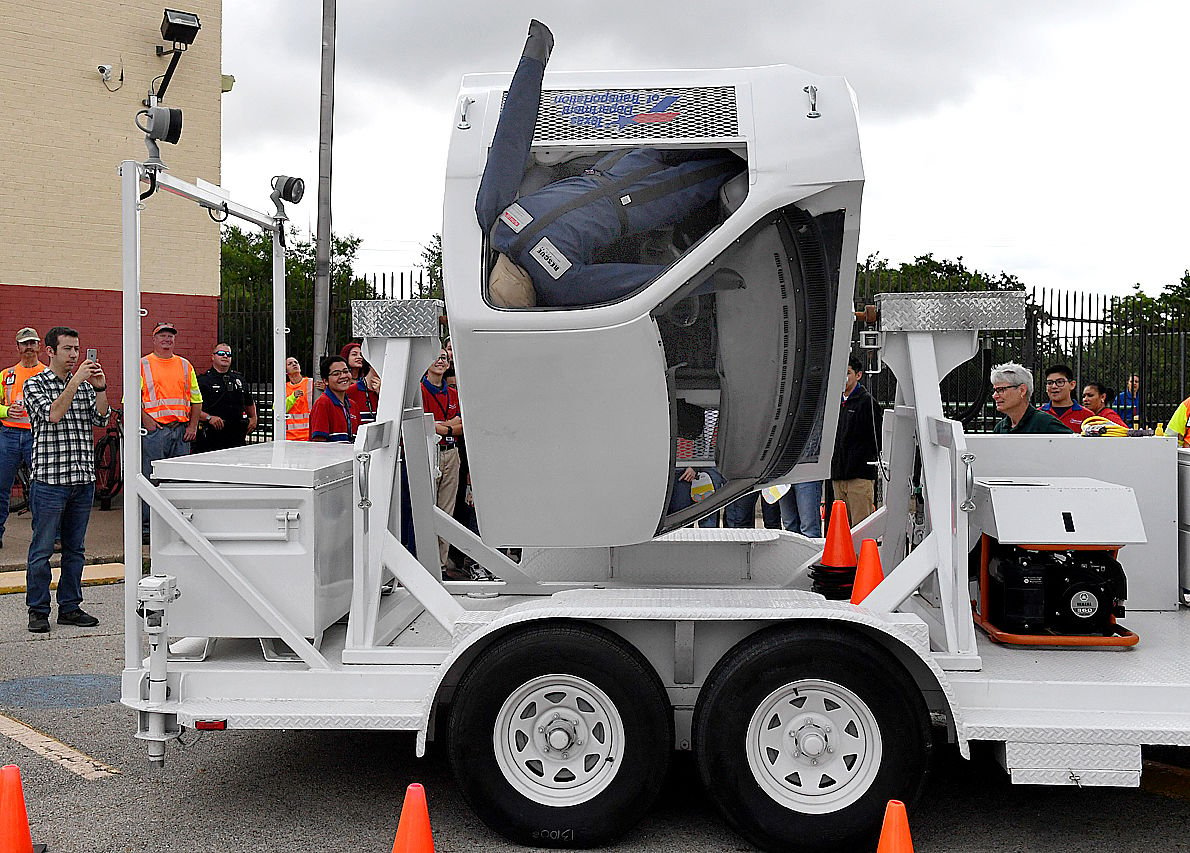 Buckling up is the single most effective step drivers and passengers can take to protect themselves in a crash. That message was brought to the Harmony Science Academy in Bryan Thursday, where the 16th annual Click It Or Ticket awareness event took place in the school parking lot. Several law local enforcement officers and traffic safety officials spoke of the importance that wearing seat belts makes when major accidents occur on highways and roadways. Several demonstrations of how seat belts save lives were also shown to the kids, who were free to ask questions to officials who stayed on the scene after the formal presentation was over.