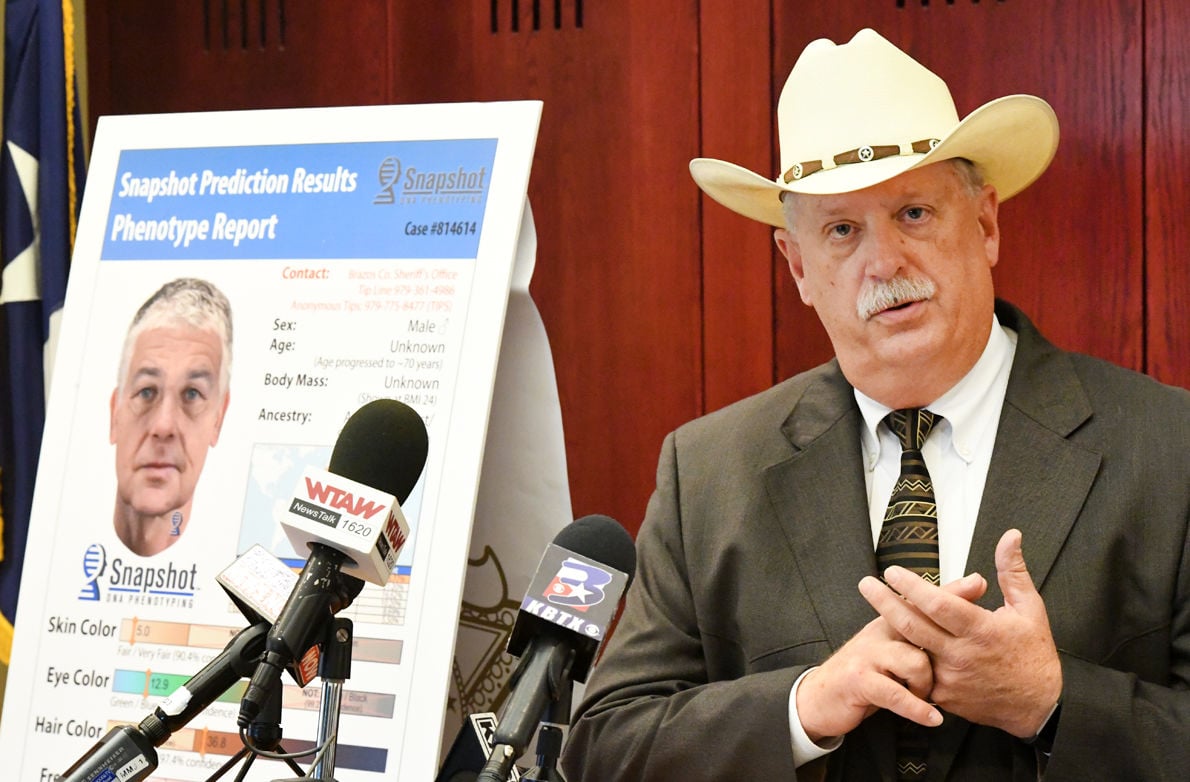 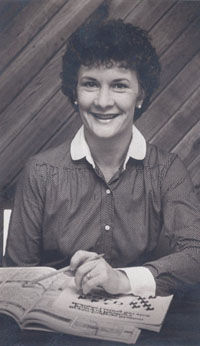 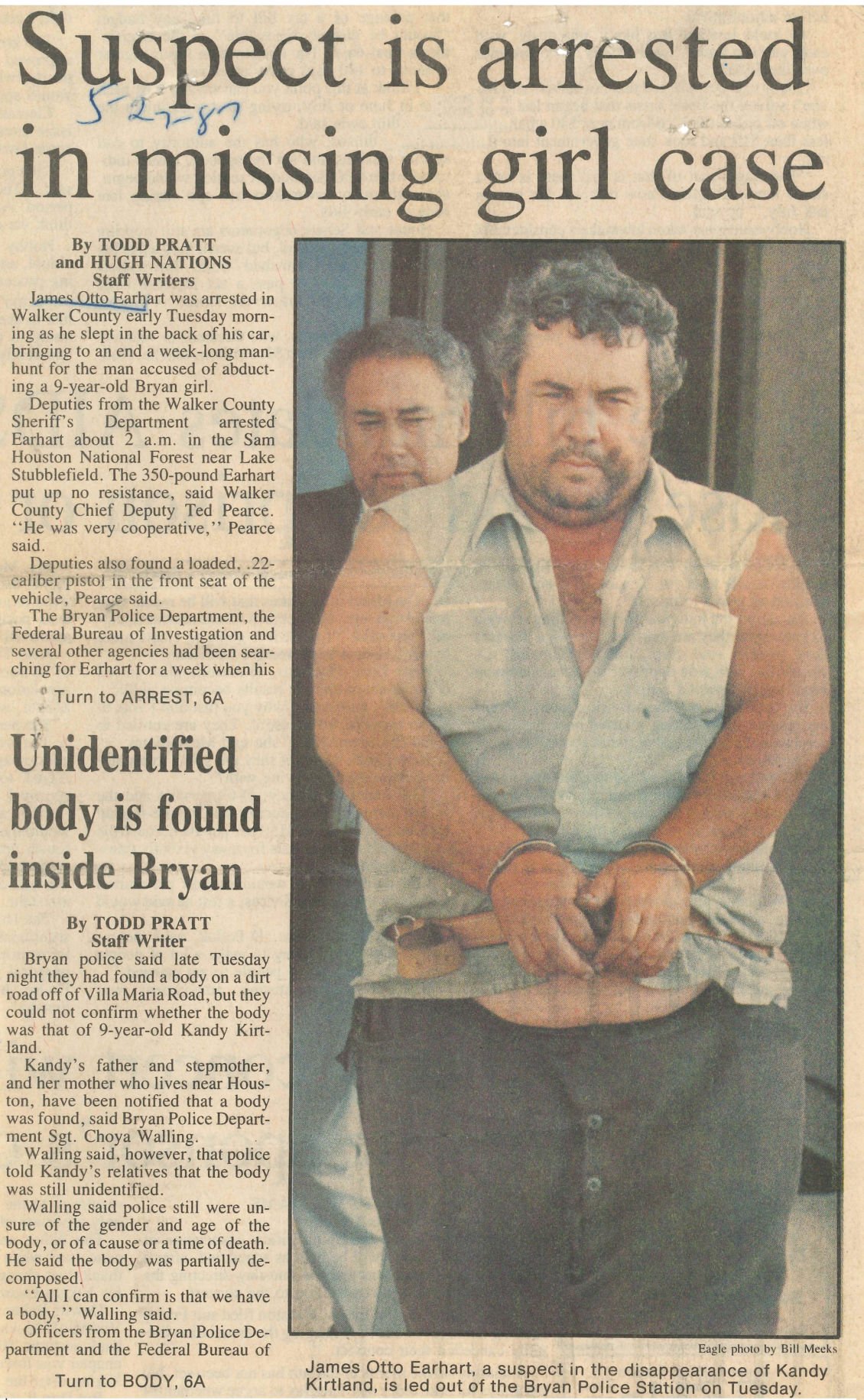 You can read the remainder of these two stories here.

You can read the remainder of these two stories here.

A man executed by lethal injection two decades ago is responsible for the 1981 death of Virginia Freeman, Brazos County Sheriff Chris Kirk said.

>> From the Eagle archives: The James Otto Earhart investigation and capital murder trial <<

Freeman was killed Dec. 1, 1981, after a man called the real estate agency where Freeman worked and said he was interested in buying a home on Greens Prairie Road, then a rural part of College Station. Freeman’s body was found behind the still-locked home later that evening. Freeman had been struck in the head by a blunt object, possibly a slab of concrete, stabbed repeatedly in the neck and shoulders and had suffered a broken neck as a result of strangulation.

The case frustrated investigators for decades.

“This unsolved case has been continually on our minds, and any potential lead that has come to our attention has been followed up on,” Kirk said.

In 2017, the case received national attention when the television documentary series National Geographic Explorers agreed to pay for a DNA analysis in exchange for permission to air a show about the investigation.

“We were blessed with opportunities to take advantage of emerging technologies in forensic sciences that led to a breakthrough,” Kirk said.

The DNA phenotyping tool from Parabon NanoLabs used the DNA found under Freeman’s fingernails to create composite sketches of the face that may have belonged to her killer.

Following the DNA analysis that showed authorities a likeness of the killer and described the likely phenotypes of the killer’s eyes, hair, complexion and freckling, Parabon informed the Sheriff’s Office that it could use genetic and ancestry research to create a DNA profile of the killer’s family. 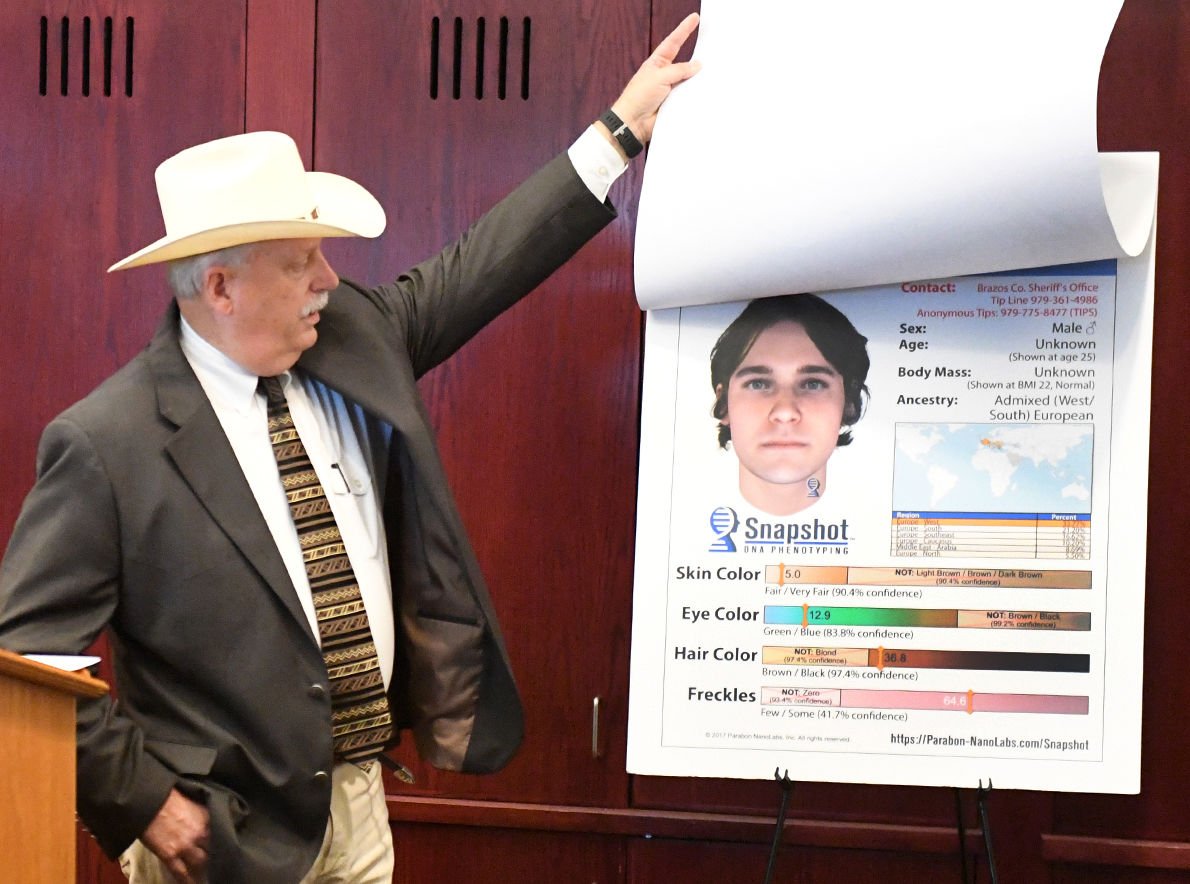 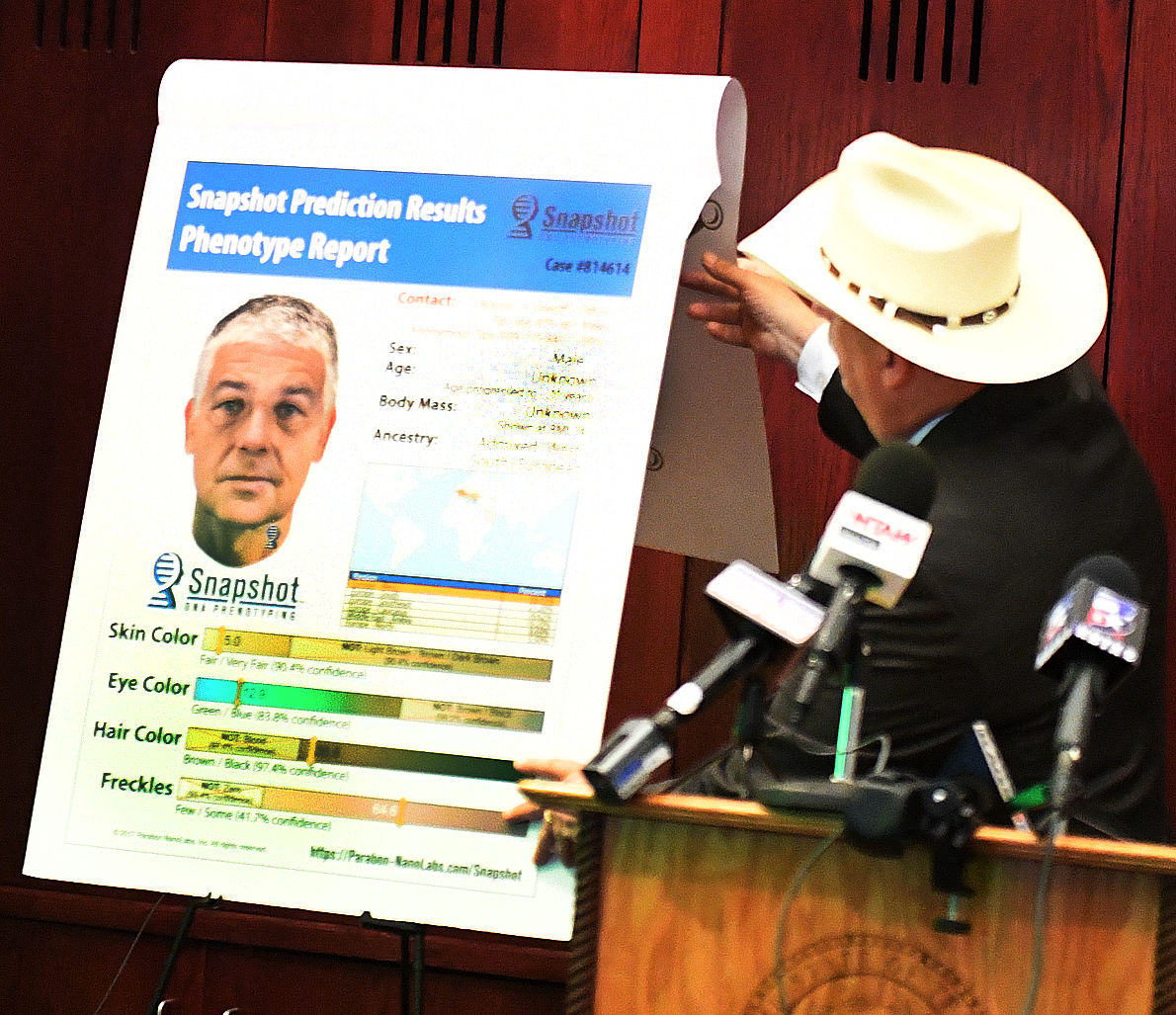 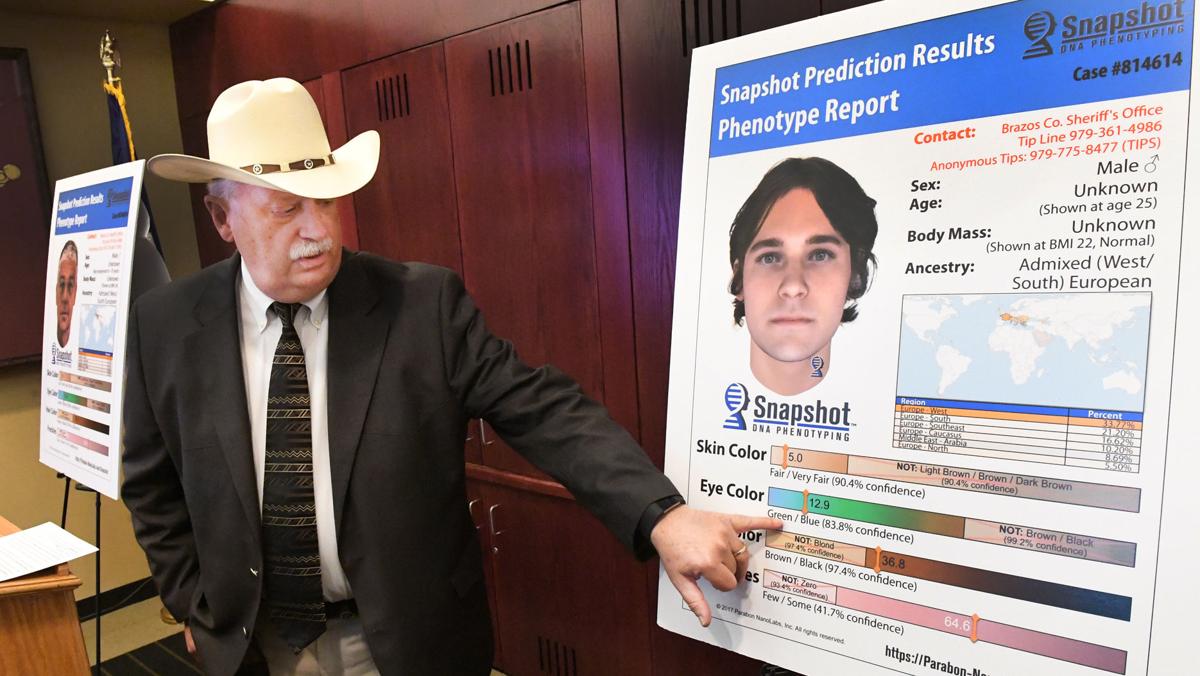 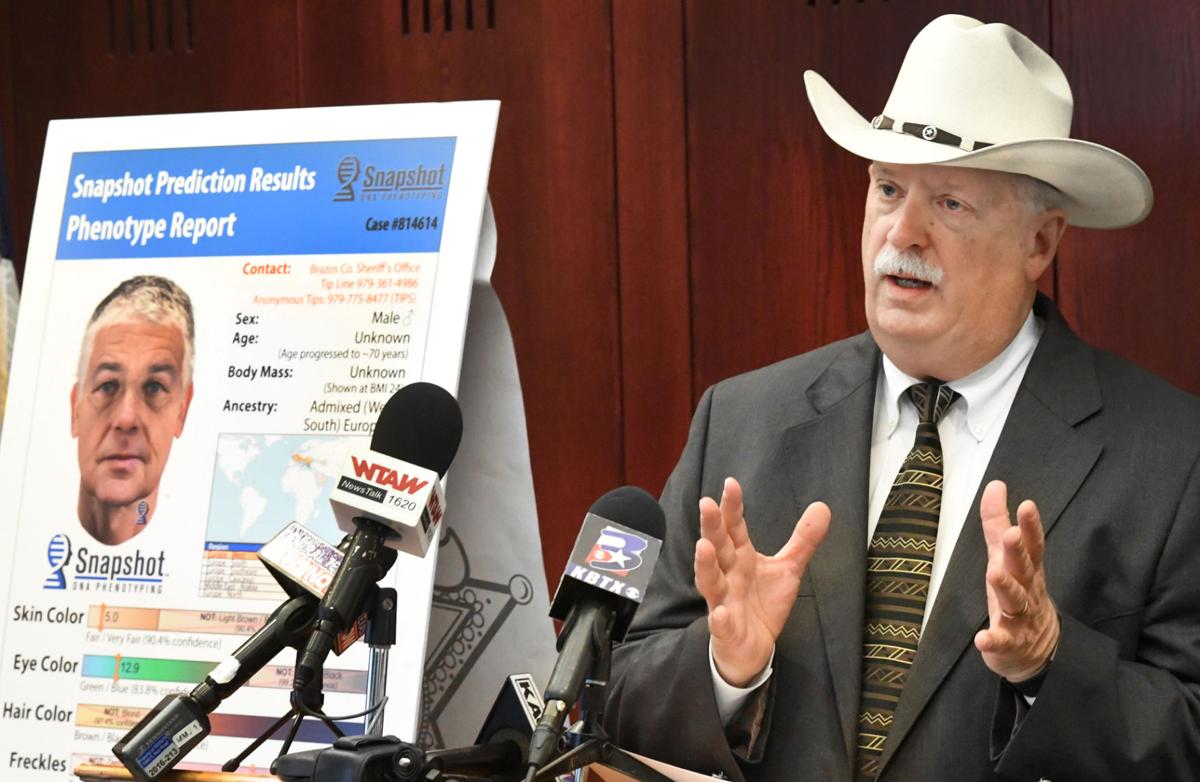 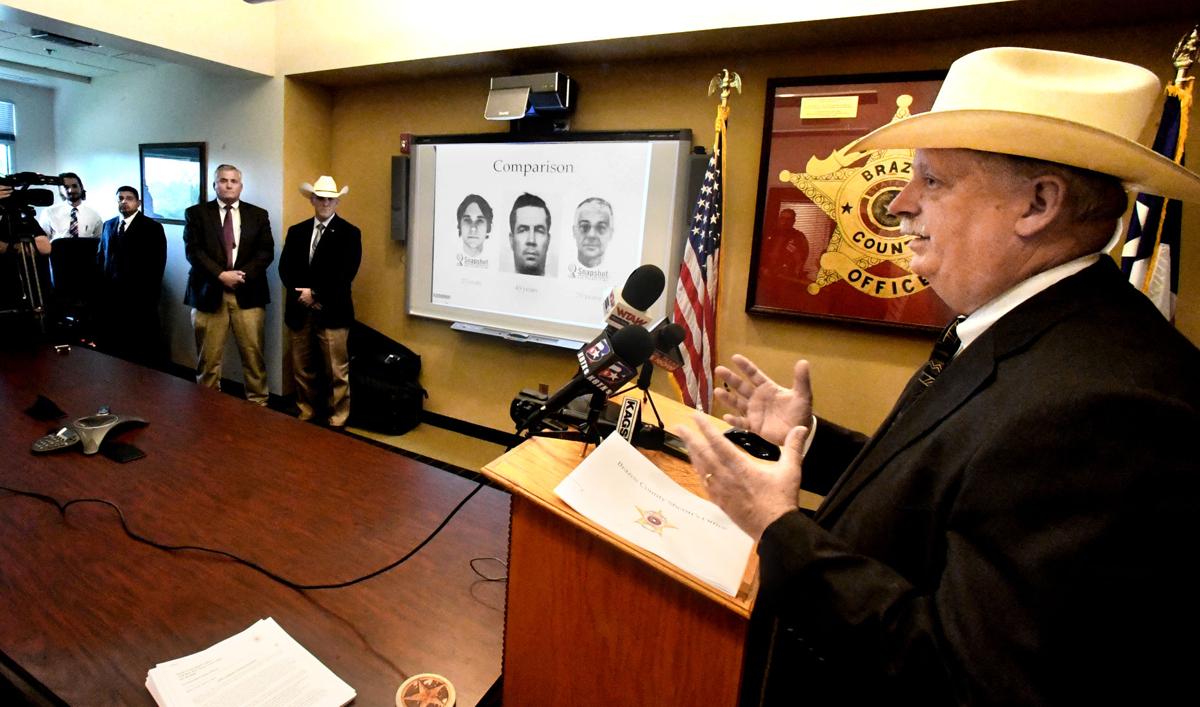 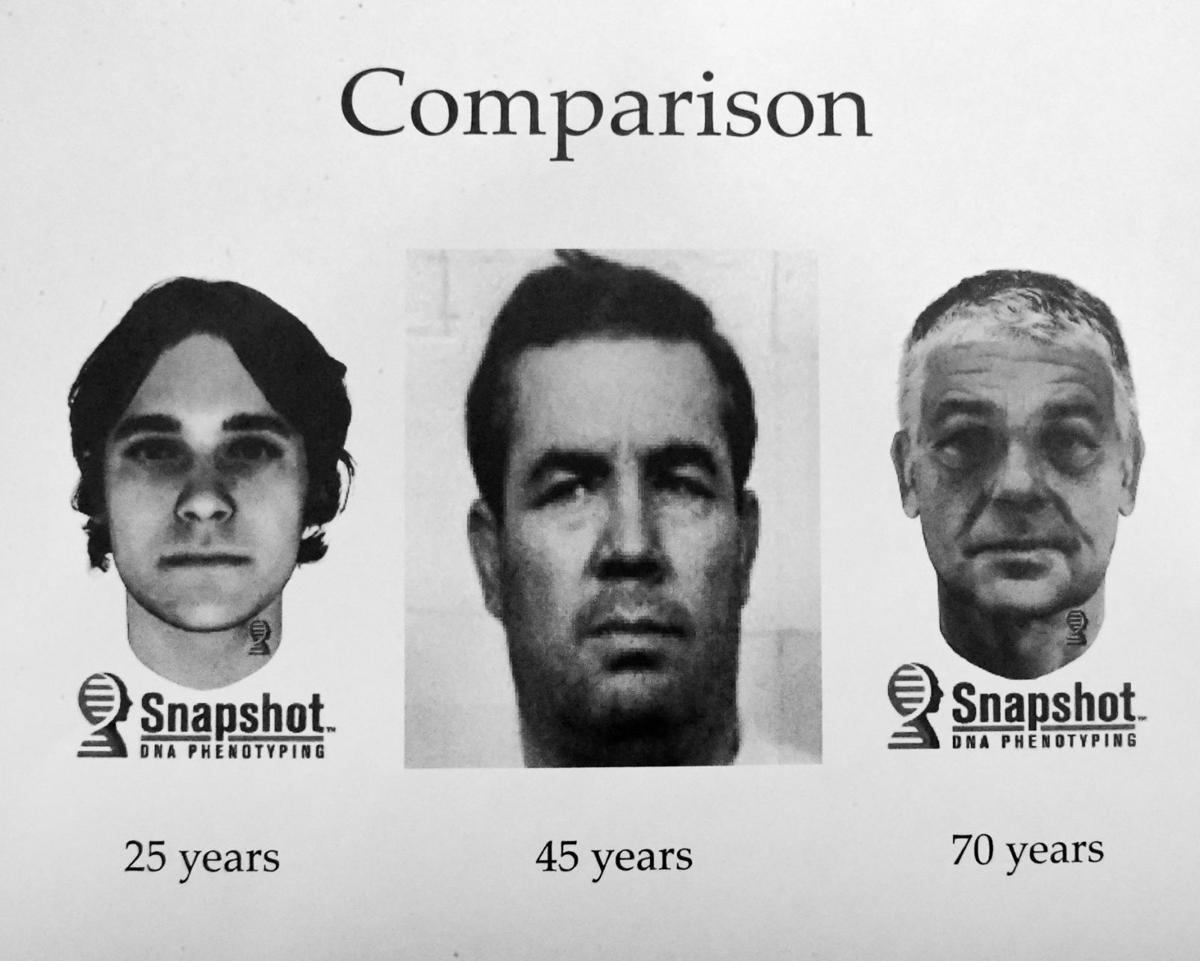 James Otto Earhart, who was sentenced to death and executed for the 1987 killing 9-year-old Bryan girl Kandy Kirtland, has now been proven to also be the killer of Virginia Freeman.

The 37-year-old cold case was cracked with the use of modern forensic technology.

Parabon, based in Virginia, describes its work as developing “next-generation therapeutic and forensic products, which leverage the enormous power of DNA.”

Greytak said the recent DNA research that helped identify a suspect in the “Golden State Killer” case provided the company with motivation to use its own tools to help law enforcement on criminal cases.

Archived articles and photos on the 1981 cold case murder of Virginia Freeman.

Kirk said the DNA ancestral analysis identified two female samples in the database, both second cousins of the suspect. Parabon researchers then identified the great-grandparents of the top DNA matches. The great-grandparents had six children, Kirk said, and the scientists determined the suspect would likely be the grandson of one of those children.

“We are all elated to finally close this case,” Kirk said. “The one regret I have is that we weren’t able to put handcuffs on the suspect and prosecute him for the vicious killing of Virginia Freeman,” Kirk said.

“Earhart was already on our list” of suspects, Kirk said.

The main suspect is dead.

Kirk credited former Investigator Dick Gulledge, who, in 1981, secured the hands of the victim and collected fingernail clippings during the autopsy. DNA technology did not exist in 1981, but Kirk said the Bexar County Medical Examiner’s Office helped preserve the DNA found underneath Freeman’s fingernails.

No DNA sample was collected from Earhart while he was alive, but a DNA sample provided by Earhart’s son in April 2017 was analyzed by the Texas Department of Public Safety’s Austin lab, and the testing indicated a match, Kirk said.

Freeman’s children said in a statement Monday that they were grateful to Kirk, Investigator Kenny Elliott, the Brazos County Sheriff’s Department and others involved in the case. “We hope that this brings some closure to all who were affected by this crime,” the statement said.

Earhart was arrested in Walker County in May 1987, two weeks after Kandy Kirtland was last seen walking to her Bryan home after getting off of her school bus. Kirtland’s body was found in the woods off Villa Maria Road at what is now Blinn College’s Bryan campus.

He was found guilty of capital murder a year later and sentenced to die.

Earhart made no final statement prior to his August 1999 execution in Huntsville.

Following the wishes of Virginia Freeman’s husband, Charles, the Girl Scouts dedicated a plot of land in Ginger’s name, installing a plaque in a secluded part of Bryan’s Camp Howdy and deeming it “The Ginger Freeman Primitive Area.” Since 1982, the space has been where young campers learn how to backpack and set up their own campsites.

“The solving of this cold case, after 37 years of investigating, brings relief and closure for the Freeman family, Virginia’s friends, the local real estate industry and our community,” Kirk said Monday.

A visual timeline of the 1987 investigation into Kandy Kirtland's kidnapping and murder, and the subsequent capital murder trial of James Otto Earhart.

Earhart was named as the likely suspect in the murder of Virginia Freeman in 1981 by the Brazos County Sheriff's Office on Monday.

On the morning of July 6, 1973, Linda Anne O'Keefe woke up for summer school and put on the white dress her mother made for her, the one with the light blue flowers and the dark blue trim. She pulled her hair back in a ponytail, slipped on her matching dark blue tennis shoes with white ankle socks, and headed out the door for what would be the last time.

Kenny Elliott, a former investigator with the Brazos County Sheriff's Office, was honored recently by the Texas Department of Public Safety, r…

As the brother of a murder victim— my younger sister Cathy was murdered along with her girlfriend Rebecca Dowski as part of the unsolved Colonial Parkway Murders in Virginia- this type of foresnic DNA matching is an incredibly exciting development. Please keep in mind that GEDmatch.com, the open source DNA website where these matches are taking place, makes it explicitly clear that profiles voluntarily uploaded into its database are available for research purposes, including law enforcement. Once a potential match is obtained, law enforcement and genealogists must research the many individuals involved before narrowing down a group of people to potential matches. Then and only then, law enforcement agents will put a person under surveillance and collect discarded items that may contain DNA from this individual. Once a direct match from the physical evidence is obtained, then and only then will law enforcement will move in. If you don’t like it, tell your family to never put a DNA profile up on an open source website. Oh, and don’t ever dine in a restaurant and don’t ever throw out your trash.