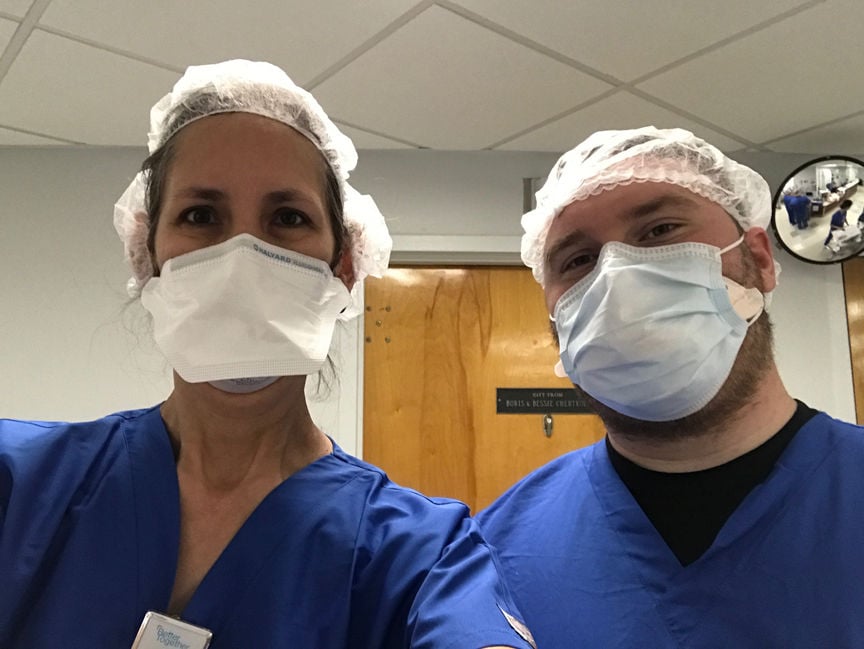 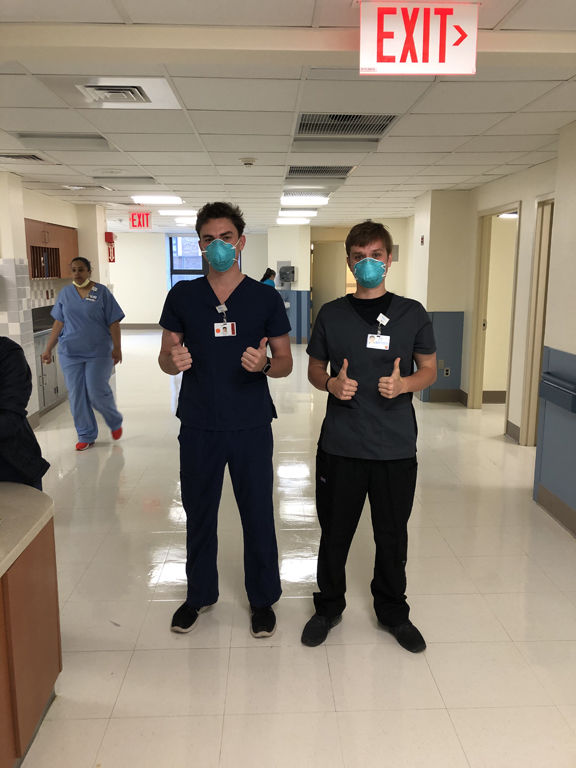 College Station family nurse practitioner Tawnya Anderson had her sights set on going back to school this year, but traveling to New York City to treat COVID-19 patients became her top priority as the pandemic swept the nation. Anderson said the risk it takes to care for people in need is simply part of being a health care worker.

“I just know it’s been a calling to go into the medical field in and of itself,” she said. “I see that there was a great need [right now]. I know that there’s a huge risk. It could potentially cause me a lot of harm, but I guess that’s just part of the calling.”

Anderson has lived in the College Station area and been a nurse for about two decades. She has held the title of nurse practitioner for five of those years. Anderson most recently worked at Health Point. Anderson resigned in February to start on her journey in a psych-mental health nurse practitioners program, but she switched gears when she learned she could travel to New York to treat patients through a contract with AMI Expeditionary Healthcare.

Before leaving, Anderson confirmed with colleagues in the Bryan-College Station area that there wasn’t a position she should fill locally. By April 10, she was stationed to work at Mount Sinai Beth Israel in Manhattan, where she works 12-hour night shifts and oversees care for people with and without COVID-19. Anderson will return to the Brazos Valley around May 17.

Anderson said health care workers are required to be more cautious about wearing ample personal protective equipment, from gowns to N95 masks with an extra mask over it and plastic face shields.

The idea of traveling to help in medical situations is familiar to Anderson, since she has been on several health care missionary trips to Guatemala. However, the work in New York still differs from her experience in some ways.

“[In New York], we’re working inside a hospital, and you don’t know what you’re going to get,” Anderson said. “And then a patient can seem to be pretty good, but when they go bad, they go bad really quickly.”

Back in B-CS, Anderson’s teenage daughters, Amelia and Madolyn, are with their father, Will Anderson.

Amelia, 15, is an aspiring nurse and said it can be scary to know that her mother is exposed to COVID-19. Madolyn, 13, agreed that it could be concerning, but she and her sister both said they understand the importance of the work of medical professionals like their mom.

During her time in New York, Anderson has met multiple people from the College Station area who are under contracts with AMI. Mason Moore, Shawn Graybill and Cole Orosco lived in College Station and worked together in North Cypress EMS before going to New York.

Moore said the three of them are friends, and that he and Graybill are especially close since they grew up together in Pleasanton, outside of San Antonio.

The three EMTs help out other medical professionals with COVID-19 and non-COVID-19 patients at Mount Sinai Beth Israel, Graybill and Orosco as patient care assistants and Moore as a patient care technician.

They work 12-hour night shifts six days per week, but Orosco said schedules are fluid, with some working nonstop for weeks. He said he’s met people who have worked 22 days or more without a day off. The most Orosco worked was about nine days straight, while Graybill completed 13 straight shifts right before he completed his deployment Friday.

Moore also finished his deployment on Friday, and Orosco plans to return May 15. All three EMTs started their time in New York in early April.

While Orosco said there is fear around the idea of contracting COVID-19, there was no question in his mind about going to New York, since he knew health care professionals were needed.

“I wanted to come out here because I wanted to help,” Orosco said. “What better way to do that than in one of the cities that has been impacted by this virus the most? It really was an easy decision.”

Grant McNamara, Orosco’s friend in College Station, said he thinks it’s incredible to see health care workers, including Orosco, going out of their way to “basically save the world.”

“I thought that was very courageous of him, and very kindhearted,” McNamara said.

Graybill and Moore juggled the positions in New York with school work from Texas A&M University this spring. Graybill completed his degree in allied health this semester, and Moore will be finished with the same program in August.

When Moore told Graybill about the opportunity to treat patients in New York, Graybill said he was overcome with “an overwhelming desire to help.” Despite the hardships, he said it was an eye-opening experience. Graybill’s mother, Stacy, said she thought her son was joking when he first talked about working in New York. The idea worried her, she said, but she didn’t want to stop him.

“His dad and I are both very proud of what he’s done,” she said. “He didn’t worry really about himself. He just wanted to help out his fellow Americans.”

The workload in New York was intense, Moore said. Missing family was its own challenge, and overall the experience was emotionally difficult. Even so, Moore said he is glad for the opportunity to assist in New York, since he has a strong desire to “help the world as best I can.”

Orosco said the workload is chaotic and he’s definitely lost sleep due to the job, but he’s glad to be part of a solution.

“To be out here and to be a small link in the chain that ultimately puts us back to where we need to be, with the city of New York and America in general,” Orosco said, “it’s gratifying to say the least.”

Honny Pils, Wheelock restaurateur and part-time nurse, is among the many health care profess…