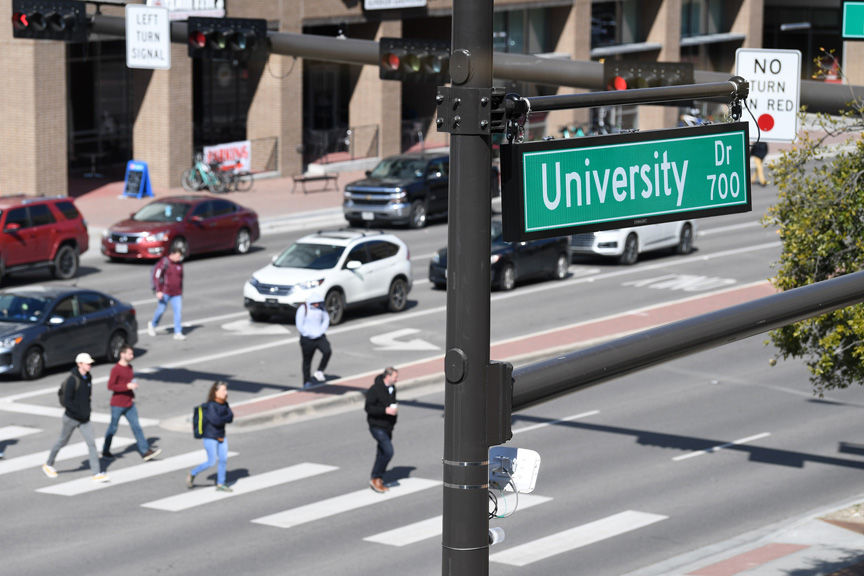 Pedestrians cross University Drive as they walk toward the Texas A&M University campus on Thursday. Enforcement of pedestrians crossing at designated crosswalks between Boyett Street and Polo Road is expected in the coming weeks. 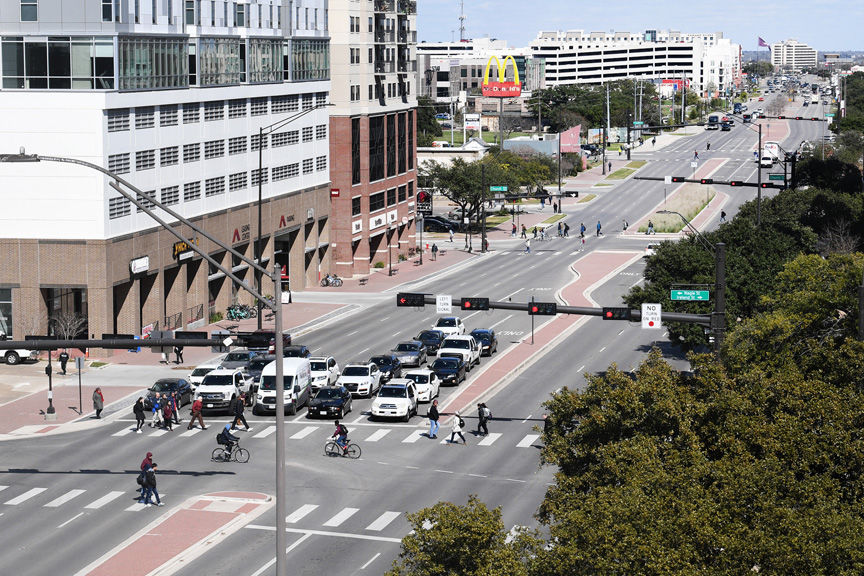 Enforcement of pedestrians crossing at designated crosswalks on University Drive between Boyett Street and Polo Road is expected in the coming weeks. 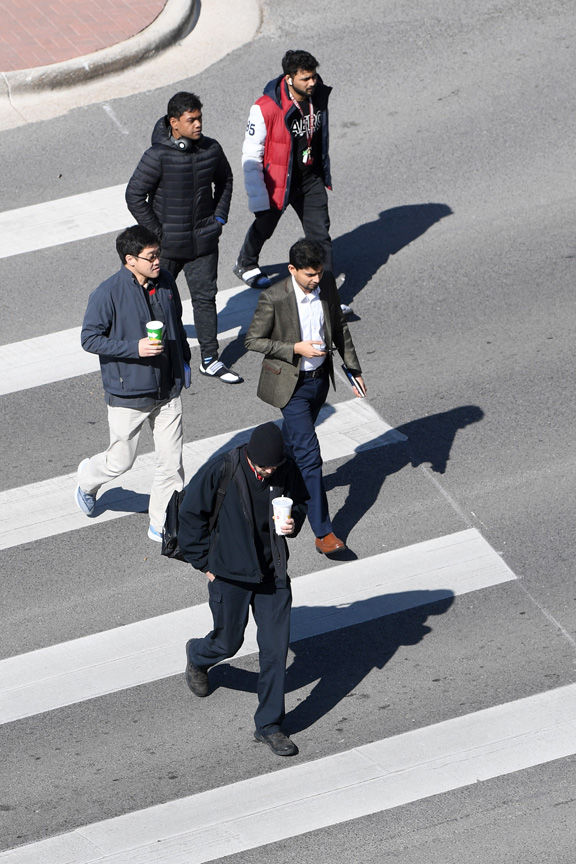 Pedestrians cross at a crosswalk at the University Drive and Nagle Street/Ireland Street intersection on Thursday.

Pedestrians cross University Drive as they walk toward the Texas A&M University campus on Thursday. Enforcement of pedestrians crossing at designated crosswalks between Boyett Street and Polo Road is expected in the coming weeks.

Enforcement of pedestrians crossing at designated crosswalks on University Drive between Boyett Street and Polo Road is expected in the coming weeks.

Pedestrians cross at a crosswalk at the University Drive and Nagle Street/Ireland Street intersection on Thursday.

Texas A&M Transportation Institute Regents Fellow Tim Lomax said in an interview this week that about 18,000 pedestrians use the University Drive corridor daily.

Lomax and College Station city traffic engineer Troy Rother said that one intersection — Bizzell Street and University Drive, next to the Zachry Engineering Education Complex and several food establishments — has drawn the most attention.

At that intersection, College Station lengthened the “all-pedestrian” phase, or timer, by four seconds to give those crossing 49 seconds to do so. Lomax said signs have been put up and sidewalk decals point to crosswalks, as well.

If police officers are working in the area — whether at University and Bizzell or elsewhere along the corridor — and witness a violation, a fine may be given. A recent post from Texas A&M Today indicated that enforcement of safe crossings “is expected to begin soon.”

Lomax said that pedestrians who walk or otherwise move more slowly, as well as late-arriving pedestrians, were the main focus behind the increased spotlight on the intersection and the broader corridor.

“The thing that really concerns us is the folks who are crossing the intersection diagonally and, for example, coming from the Century Square corner and going to the Zachry Engineering Complex,” Lomax said,

“We haven’t had anybody hit in that kind of situation, but we try to do things before people get hit rather than after,” Lomax said. “We feel like we need to be more aggressive about letting people know what’s going on out there.”

Rother said that the city has worked for years in a variety of ways to improve pedestrian safety along University Drive, including by widening sidewalks. He said the most recent touch was to provide a “pedestrian-only phase” during which all car traffic is stopped.

Rother said pedestrians are now given 49 seconds to cross using the “L-shaped maneuver,” and crossing diagonally in an effort to save time is not permitted.

“The reason is because to cross diagonally, we would need to provide a 70-second crossing time by law,” Rother said. He said the time allowed is enough time to cross two legs of the intersection.

“This whole idea was an effort to improve pedestrian safety, and we really appreciate those pedestrians who are staying in the crosswalks and crossing the intersections safely,” he added.

So, why not make it 70 seconds? Also, at least, slow the traffic to 25 MPH. This is a pedestrian-heavy location, so the road engineering and rules need to prioritize pedestrian safety, remembering that a distracted driver can kill very quickly. Yes, pedestrians need to pay attention, but they are not the ones operating potentially dangerous vehicles.