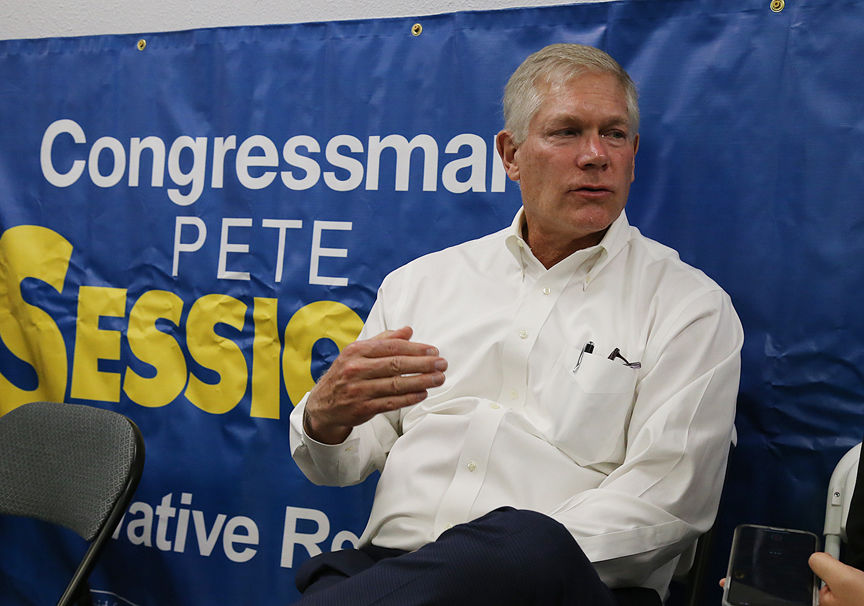 Pete Session talks with reporters and supporters during Election Night. 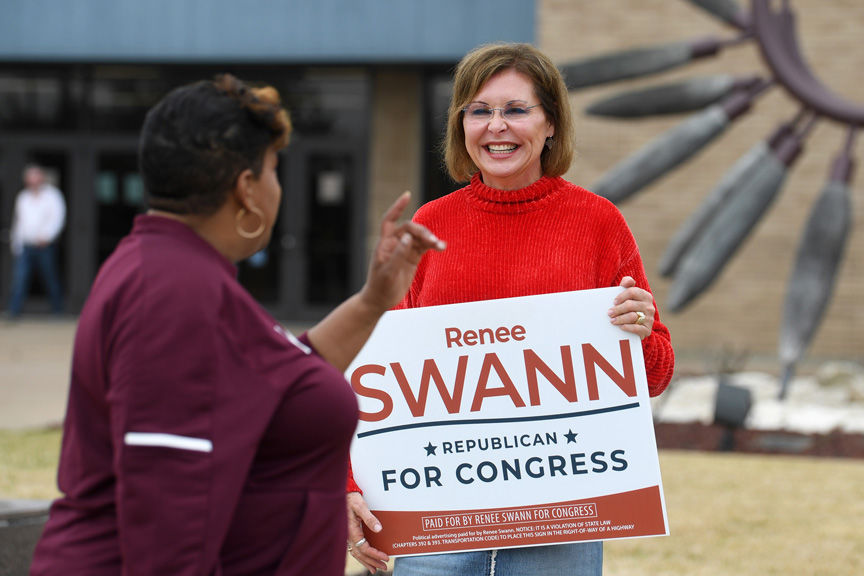 Renee Swann chats with a passerby while standing outside the Brazos Center on Tuesday in Bryan. 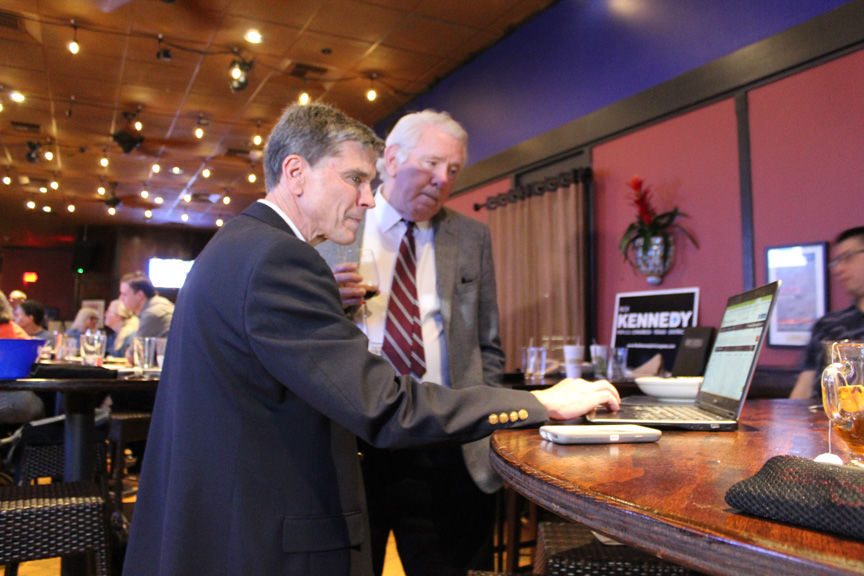 Rick Kennedy, foreground, was the Democratic front-runner with 49.6% of the vote, or 17,422 votes, based on incomplete numbers Tuesday night.

Pete Session talks with reporters and supporters during Election Night.

Renee Swann chats with a passerby while standing outside the Brazos Center on Tuesday in Bryan.

Rick Kennedy, foreground, was the Democratic front-runner with 49.6% of the vote, or 17,422 votes, based on incomplete numbers Tuesday night.

Waco businesswoman Renée Swann and former Dallas Congressman Pete Sessions appeared to be headed for a May 26 runoff after a crowded primary election Tuesday with no majority winner.

Neither Travis County nor Freestone County listed vote totals for Election Day on the Secretary of State’s website, which could possibly skew the number of votes in another candidate’s direction. Pflugerville candidate George Hindman, 52, was close behind Swann with 17.8% of the vote, or 11,232.

Sessions, 64, who lost his Dallas congressional seat in 2018, moved back to Waco to run in the election for the seat to be vacated by U.S. Rep. Bill Flores of Bryan, who announced he would not seek another term after a decade in office. Flores endorsed Swann, 64, a retired chief operations manager for Brazos Eye Surgery of Texas.

Swann did not immediately return a call for comment Tuesday night.

Sessions said late Tuesday that he believes the opportunity to show the district how he stands out among 11 candidates helped push him to the forefront, as a candidate with experience who can get things done in Congress. The former congressman maintained a message that conforms to the conservative base, with priorities like building a southern border wall and supporting veterans and the disabled.

Based on early totals, he received the most votes in both of the biggest counties in District 17, McLennan and Brazos counties.

“When you’ve got 11 people running, that’s saying something when you win that many counties,” he said.

But Sessions is not done. He said he is prepared for the May 26 runoff election, regardless of who his opponent is.

“No matter who it is, we are going to go sell the same record of leadership and knowledge that I stand behind, a record that can be counted on,” he said. “It’s going to take somebody who can hit the ground running.”

High voter turnout, logistical challenges and, in one case, a fire alarm contributed to long lines and late-arriving results in Tuesday’s prim…