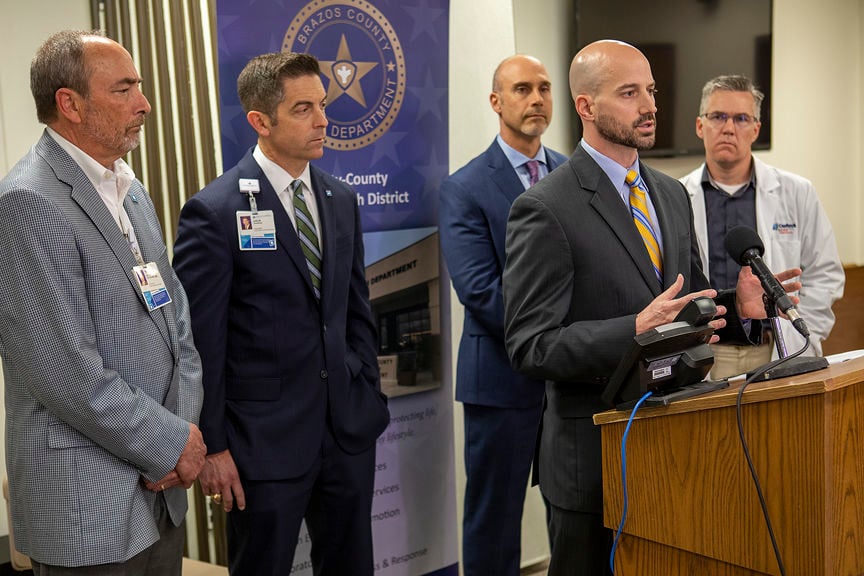 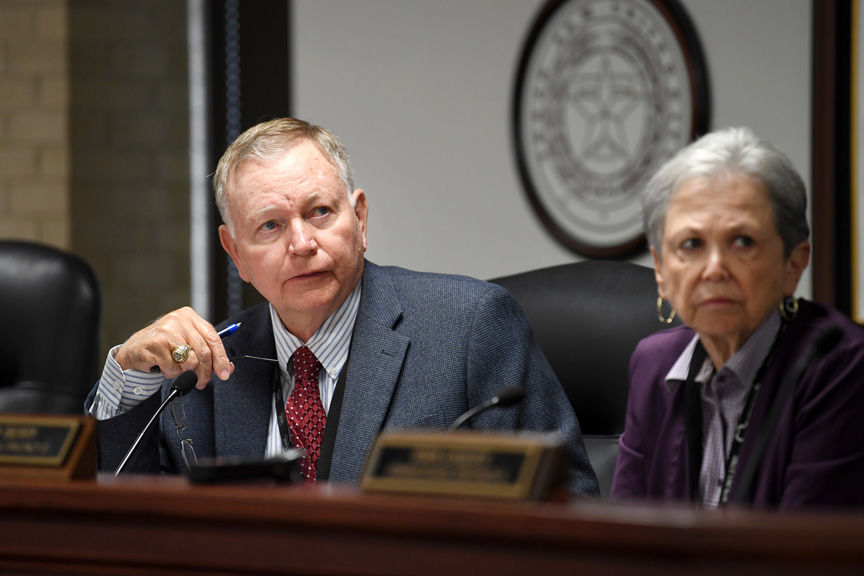 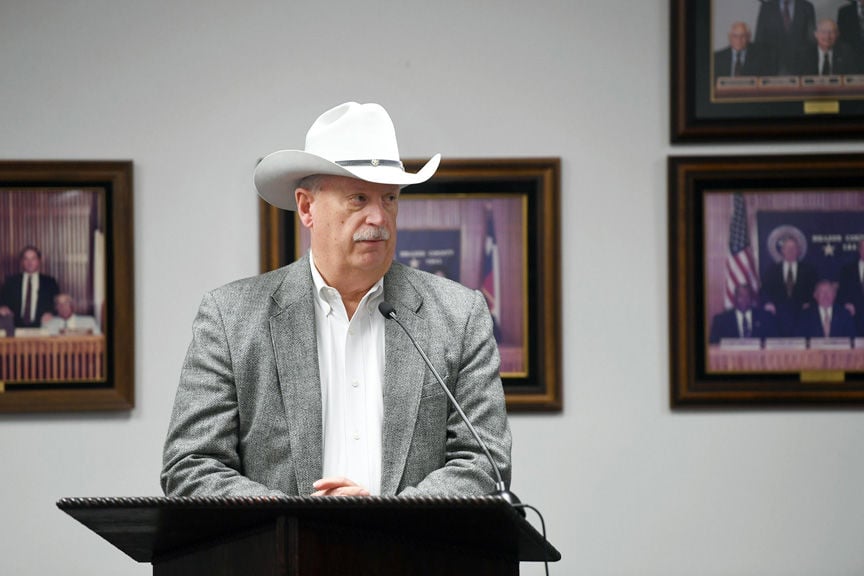 Brazos County Sheriff Chris Kirk shares what measures his office is taking to prevent the spread of COVID-19 while speaking at Thursday's emergency Commissioners Court meeting.

Brazos County Sheriff Chris Kirk shares what measures his office is taking to prevent the spread of COVID-19 while speaking at Thursday's emergency Commissioners Court meeting.

State, county and city officials have passed orders that limit public gatherings to fewer than 10 people and require that food establishments and bars close dining rooms while still being allowed to offer take-home options.

Brazos County health officials said that four cases of COVID-19 had been confirmed in the county as of Thursday evening. All four cases in the county involve people who have recently traveled, and all four are at home and “doing well and continuing to monitor their symptoms,” according to Dr. Seth Sullivan.

Texas A&M University confirmed Thursday that one of the individuals, a woman in her 20s who recently traveled to New York, is an A&M student. She does not live on campus and has not visited campus since returning from her travels, according to the university.

The woman who traveled to Spain had two close contacts who received results indicating they do not have the coronavirus, according to Sullivan.

Sullivan said at least 100 people in the county have been tested for coronavirus, many through private lab testing as opposed to through the state. Testing continues to be limited, he said.

“We are closely monitoring for evidence of community transmission,” Sullivan said.

“It has been the sincere effort and hope that instituting what are understandably very difficult measures has a positive impact,” Sullivan said of social distancing efforts and ordinances. He said the efforts are particularly designed to protect the most vulnerable populations, from the elderly to those with compromised immune systems.

According to orders unanimously approved by the Brazos County Commissioners Court at an emergency meeting Thursday afternoon, the county will also begin operating with essential functions and personnel only.

Barbara Smith, a spokeswoman for the county, said that each county department head will determine which employees and work are essential as officials continue to respond to the ongoing COVID-19 pandemic. Officials stressed that they are continuing to serve the public and encouraged best health practices.

Brazos County Judge Duane Peters and other members of the five-person panel said the moves were designed to promote social distancing and protect the county’s residents.

“We need to be safe and we need to keep our employees and the public safe,” Peters said.

The county emergency meeting took place about an hour after Gov. Greg Abbott announced an executive order, effective at midnight Friday, that will temporarily close schools. In addition to the limits on public gathering and on food and drink, the state order also bans people from visiting nursing homes except for those individuals “providing critical care.” The state executive order is effective through April 3. Bryan and College Station officials enacted a similar measure late Wednesday.

The restriction on public gatherings does not apply to grocery and retail stores, including pharmacies. The order states that the restriction “is not meant to prevent Brazos County citizens from obtaining essential goods and services.”

Brazos County Sheriff Chris Kirk said his office has asked local law enforcement to cite and release for Class C misdemeanors, with the option to do so for Class A and B misdemeanors. He also said the sheriff’s office emergency command center is operational.

“We are, in fact, very worried about the introduction of this virus into our jail, so we are taking extreme precautions to prevent that,” Kirk said. “We’re still going to maintain our calls for service, and we’ll still maintain our emergency response. We are here to serve.”

County Tax Assessor Kristeen Roe said that the county tax office closed the lobby to the public at 4 p.m. Thursday.

“The tax office staff will continue to be in place to assist the public with questions and help with transactions through the mail, over the internet and through our drive-through windows,” Roe said Thursday.

District Court Judge Steve Smith said the county will be holding “essential hearings only” while the orders are in effect and said that jury panels for the next two weeks have been canceled.

“The one thing I need for the public to know is this: We are going to continue to send out jury notices through the district clerk’s office. You should not ignore those notices,” Smith said, adding that jury pools are being set for two and three months in advance, meaning a low response rate would hamper jury selection in the future.

Dr. William Rayburn, chief medical officer at Baylor Scott & White Health, described their capacity as “strong” overall and with regard to ICU beds.

“We are preparing for a tsunami. We are hoping it’s a ripple, but we’re preparing for the worst,” Rayburn said at a Thursday afternoon press conference with Sullivan and other local health leaders. “We have approached this with a single-mindedness, and that is that our job is, quite simply, to mitigate the spread of the virus.”

Dr. Kia Parsi, chief medical officer at CHI St. Joseph Health, said the medical community is working together to serve the Brazos Valley. He said that CHI St. Joseph is limiting visitors for patients to one per patient to lower potential exposure.

Dr. Lon Young of CapRock Health said Thursday that it is important for individuals concerned about their symptoms to call ahead before arriving at a health care facility to decrease potential exposure and assist with efficiency.

“We’re going to do everything we can to prevent this spread,” Sullivan said at the close of Thursday’s press conference. “No one knows what is going to be two weeks from now. I can’t predict that. But we know what we need to do right now. We have vulnerable in our midst and we have neighbors and loved ones who we need to be looking out for right now.”

Play outside, officials say, but be aware of sanitation limitations at parks

Two more cases of the coronavirus confirmed in Brazos County

Two additional cases of COVID-19 were confirmed in Brazos County on Sunday, bringing the county’s number of positive cases to 12.