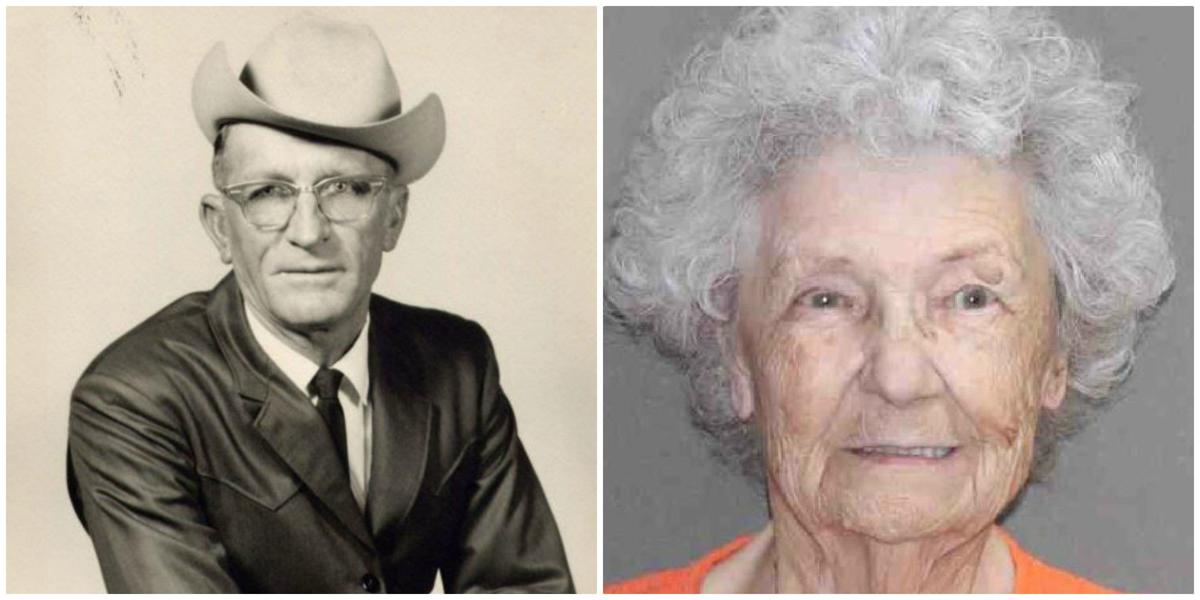 Norma Allbritton, now 84, is charged with the 1984 murder of her husband Johnnie Allbritton in Buffalo, Texas. 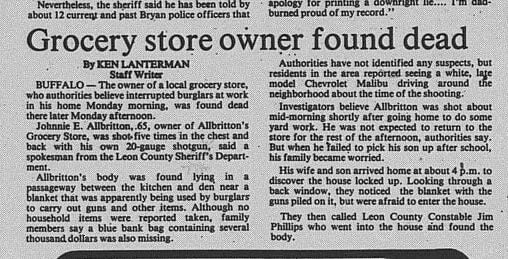 Norma Allbritton, now 84, is charged with the 1984 murder of her husband Johnnie Allbritton in Buffalo, Texas.

A Cold Justice episode focusing on a 1984 Leon County case is scheduled to air Saturday.

The episode, titled “Double Life Discovered,” focuses on the slaying of 65-year-old Johnnie Allbritton, who was found dead in his Buffalo home with five gunshot wounds in May 1984. It will air at 5 p.m. on Oxygen.

Cold Justice brings a group of seasoned law enforcement officials to examine cold cases with fresh eyes. Since 2015, Leon County Sheriff Kevin Ellis and colleagues with the Texas Department of Public Safety have been organizing and sorting evidence regarding Allbritton’s slaying. In 2016, he reached out to Cold Justice’s Kelly Siegler, a former Harris County prosecutor. The team came to Leon County in June to work on the case, and on July 1, 84-year-old Norma Allbritton was arrested in Anderson County and charged with murder in her husband’s death.

According to May 16, 1984, article in The Eagle, Norma Allbritton and a child arrived home around 4 p.m. May 14 to find the house locked and became worried because they saw guns through the window. She called police to request officers check the home.

A Leon County constable who responded discovered the body, according to the 1984 news story.

A blanket found near the body was believed to have been used by a burglar to carry household items and guns from the home, and the family reported that a blue bank bag containing several thousand dollars was missing.

That indictment may not be the end: Three years before Johnnie Allbritton's murder, his 13-year-old daughter also died of a gunshot wound in the same house in a case now under scrutiny.