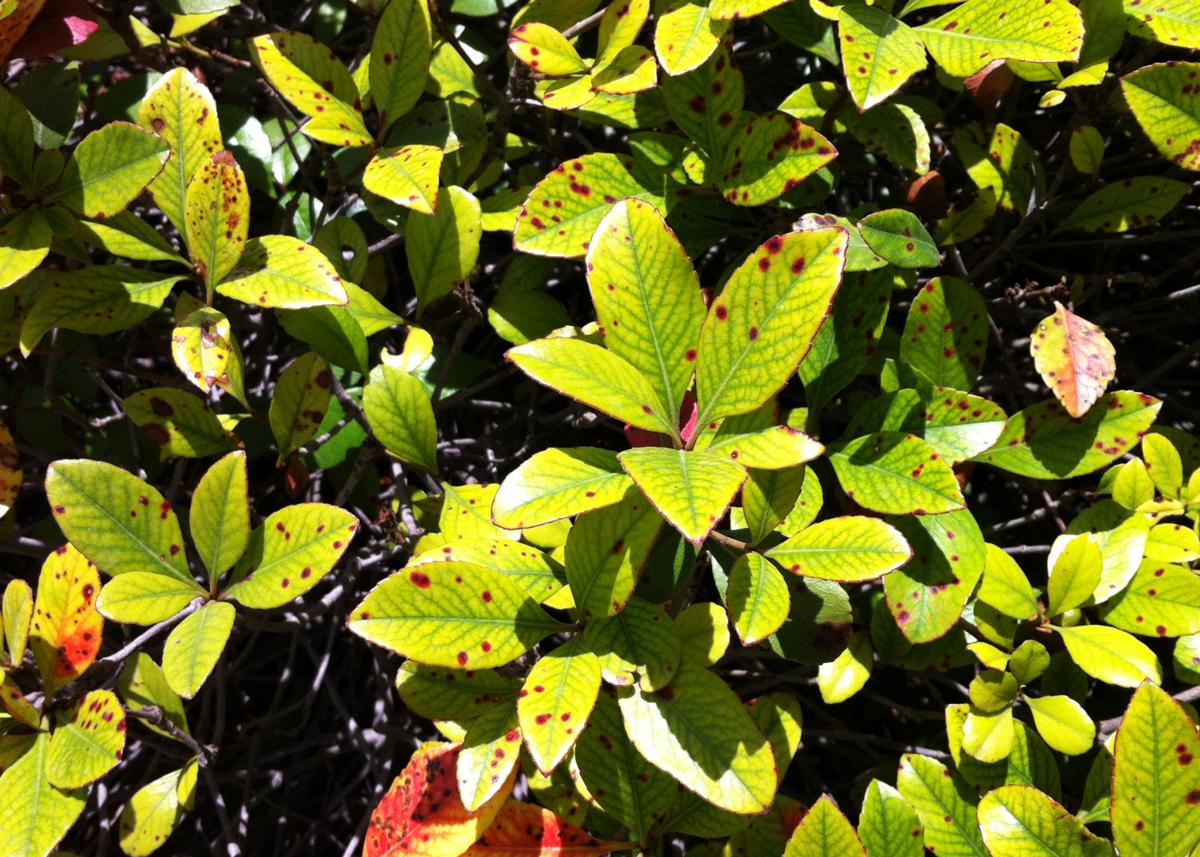 No preventative treatment nor cure is available to get rid of Entomosporium fungus on Indian hawthorns. 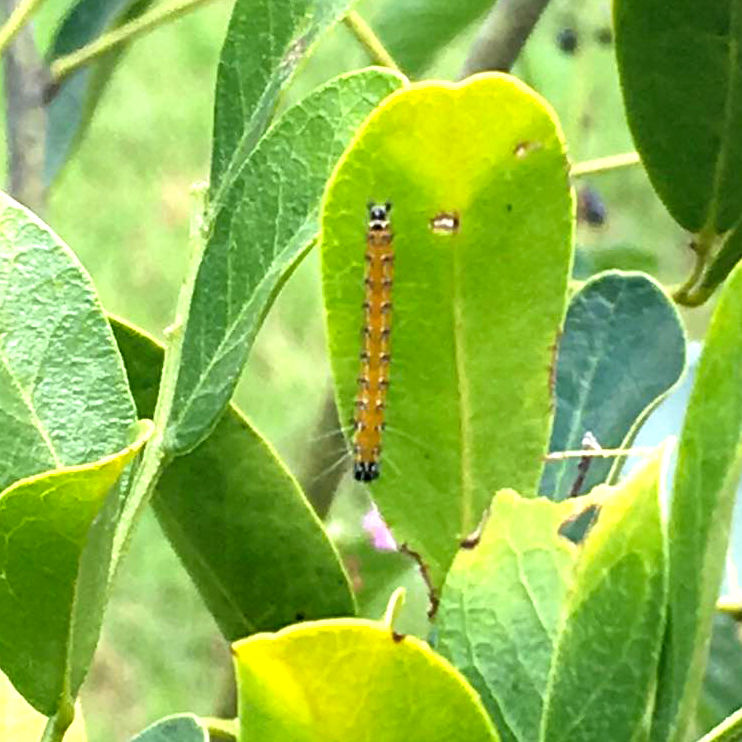 For getting rid of Gensita caterpillars, most general-purpose insecticides will kill them, including the biological worm control Bacillus thuringiensis (B.t.).

No preventative treatment nor cure is available to get rid of Entomosporium fungus on Indian hawthorns.

For getting rid of Gensita caterpillars, most general-purpose insecticides will kill them, including the biological worm control Bacillus thuringiensis (B.t.).

Dear Neil: My wife and I like to make our own compost to amend the soil in our vegetable garden and potted plants. We always end up with volunteer vegetable seedlings (tomatoes, squash, cucumbers, etc.). Are we using the compost too soon, or do vegetable seeds not compost?

A: Great question. In theory, a compost pile should get hot enough to kill seeds. In reality, that seldom happens for most of us. Compost is ready to be used when you can no longer recognize its individual components. If you’ve been waiting that long, you have given it ample time.

Dear Neil: What would be causing my Indian hawthorns to be dying a section at a time? Many of their leaves are turning yellow. They also have brown spots all over them.

A: That’s the Entomosporium fungal leaf spot you’ve seen me reference regarding redtip photinias. Unfortunately, there is no preventive treatment, and there is no cure. Your only recourse is to replant with something that isn’t susceptible. Carissa hollies are the best lookalikes. Dwarf Chinese hollies, dwarf yaupons and one of the improved Japanese boxwood selections would also be good options.

Dear Neil: My Easter lilies have always been late to bloom. They were planted from a funeral years ago. This year they were hurt by the late freezes, and when they did bloom, they were orange instead of white. Is that drought, freeze damage, or what?

A: It’s neither drought nor freeze damage. Neither of those would lead to a color change. Honestly, it’s extremely rare for Easter lilies to survive more than a couple of growing seasons in the Texas climate. We all want to plant them into our gardens, thinking that they will establish and bloom every year. They may bloom weakly the first year (always several weeks later than Easter), but they usually give up because of the Texas climate. I would strongly suspect that you have another type of lily or daylily that is growing in that same space.

Dear Neil: Is there a spray to get honeysuckle and Virginia creeper out of a jasmine groundcover bed?

A: Not exactly. First off, I’m assuming you’re talking about Asian jasmine. My comments are based on that assumption. Please do not take the following to be my recommendation, as there is no official information on the product label to this effect, but many landscape contractors use a glyphosate-only herbicide to kill bermudagrass in an established Asian jasmine groundcover bed. Used at the rate for killing bermuda, the glyphosate does not affect the Asian jasmine once it has become dark green and leathery by mid-June. Whether glyphosate sprays would kill honeysuckle and Virginia creeper or not, I don’t know, and the risk, should you choose to spray, would be totally yours. I just wanted to comment on the one specific use of glyphosates that many of us have found to be helpful. I have never experienced any damage to my Asian jasmine.

Dear Neil: I have a large crape myrtle that provides the only shade to my small backyard. It has two trunks, and they are now becoming one trunk as they grow together. Is that anything I need to worry about?

A: Probably not, if they are growing straight and side by side. It’s when one might wrap around the other or significantly cut into the center of the adjacent trunk that you could have problems.

Dear Neil: What is the caterpillar that attacks Texas mountain laurels? They can strip leaves off the trees in a real hurry. What is the best means of controlling them?

A: Those are larvae of the Genista moth. Most general-purpose insecticides will eliminate them, including the biological worm control Bacillus thuringiensis (B.t.).

Dear Neil: I have lost a couple of trees recently. When they were cut down, we found populations of fire ants. Do they kill trees?

A: Fire ants do not kill trees, but they will certainly move into moist, decaying tissues to build their nests. As difficult it is for me to say it, fire ants were just innocent bystanders in this case. Just “hangin’ out.”

Dear Neil: What would cause centipede grass to be pale yellow with spotty growth? We planted it two years ago to replace some that died away. The new grass looks like it hasn’t rooted. We have an irrigation system, and I know it hasn’t gotten too dry. What options do we have?

A: That is really hard to tell. Centipede, of course, requires sandy and acidic soils and those aren’t exactly common in much of Texas so it depends on where you’re trying to grow it. I’m assuming it’s in full sun (or at least 8 bright hours). If not, that would be a big issue. I would suggest digging a piece of the declining (not dead) grass up, to see if you can determine what’s going on in the root system. Without a photo or more to go on, I just can’t get a lot closer.

Dear Neil: How can I get rid of oxalis in my St. Augustine/bermuda lawn? It is growing in an…

Dear Neil: I’ve noticed that some of my lantanas produce seeds, and they don’t seem to flowe…

Dear Neil: While we were traveling around in North Texas a few weeks ago, we saw large fields filled with what I first thought was Queen Anne’…

Dear Neil: We are growing a plant that was just lovely until some insect attacked it and put what appeared to be its eggs inside the leaves. W…