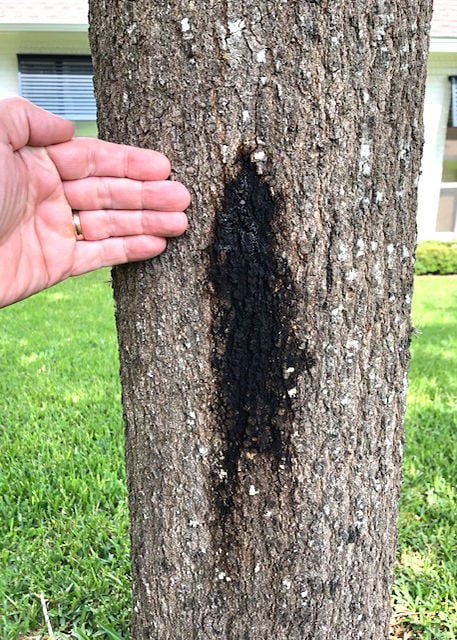 If the decayed spot is dry and not increasing in size, then this tree is probably healing on its own. 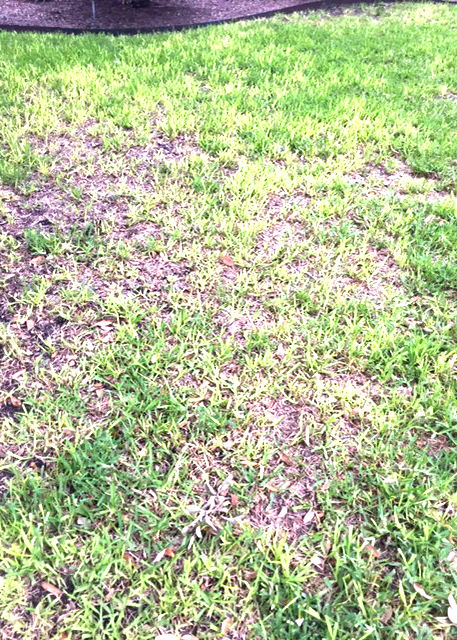 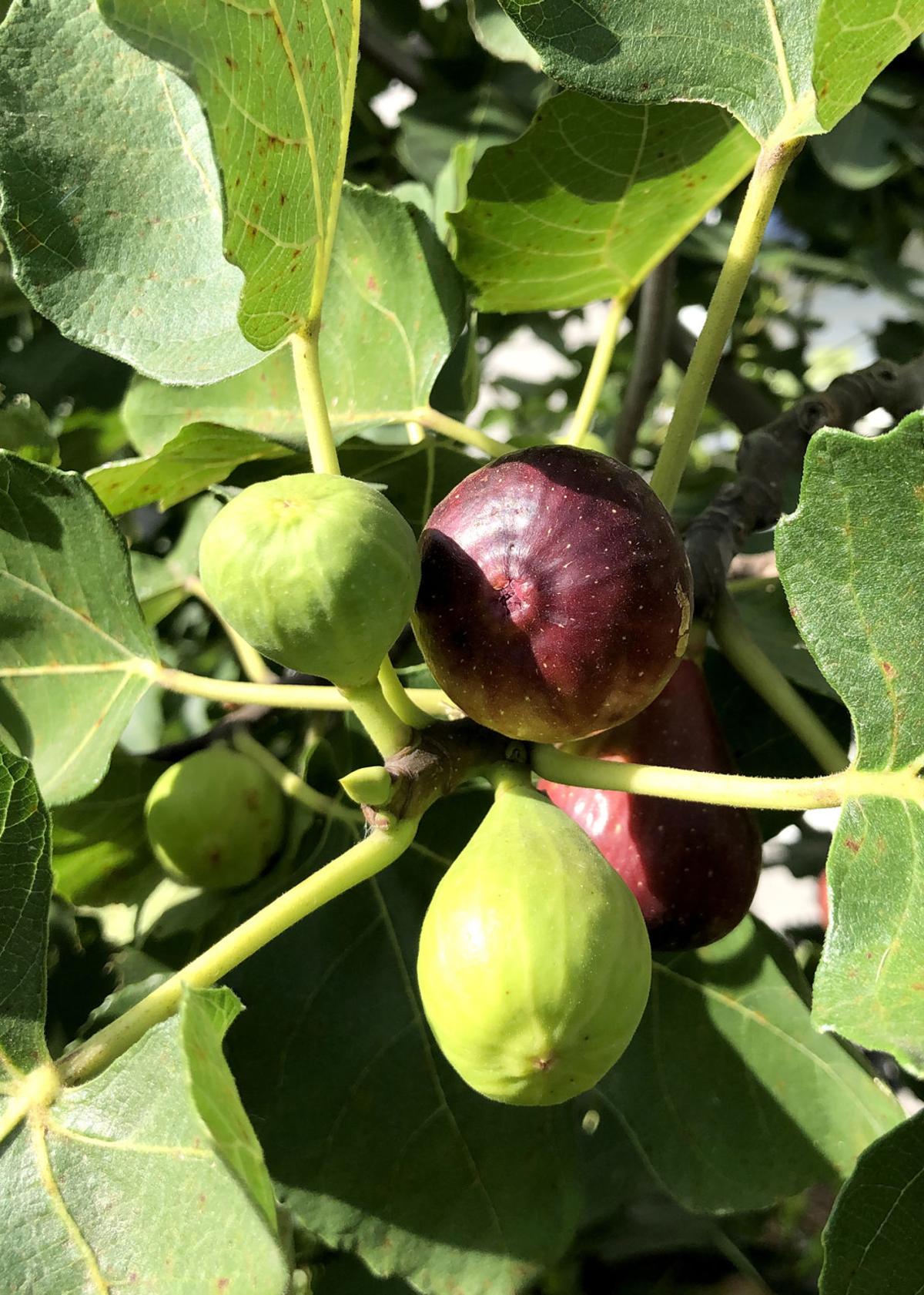 Pruning stimulates new vegetative growth at the expense of fruit. 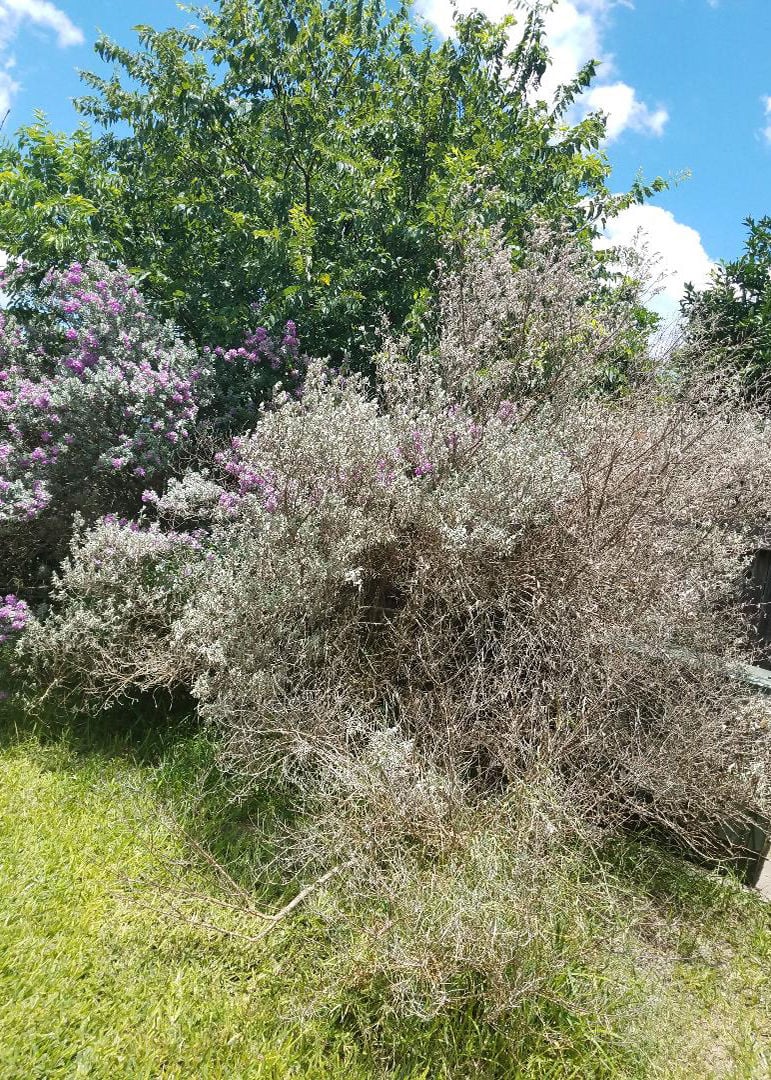 Poorly draining soils can cause root rot in areas where there is a good bit of rain.

If the decayed spot is dry and not increasing in size, then this tree is probably healing on its own.

Pruning stimulates new vegetative growth at the expense of fruit.

Poorly draining soils can cause root rot in areas where there is a good bit of rain.

Dear Neil: I have about a dozen large holes in my yard, perhaps the size of quarters. I did see one large beetle, but I couldn’t get a photo of it. What can I do? They appeared suddenly.

A: That’s normal. Beetles emerge from the soil after changing from their immature stage of being grub worms. The grubs for these rhinoceros beetles and other large types are much larger than for the more common June bugs, but the good news is that they’re harmless to our plants. Cicada killers, the beneficial predatory wasp-like insects that paralyze and kill noisy cicadas, also emerge from ground holes. Don’t worry about any of this.

Dear Neil: Our Shumard red oak has a dark streak on its trunk. Everything is dry, and it is not getting any larger. The tree appears healthy otherwise. Should I be concerned?

A: There has been an area of active decay here at some point in the recent past, but if it’s dry and not increasing in size, the tree is probably healing on its own. If you have a certified arborist who services your trees, this would be the time to have him or her check this tree out. Otherwise, just keep an eye on it for now.

Dear Neil: We have a retama tree on our property in South Texas. It blooms one time each spring, but not again. Other retamas down the street bloom for much longer periods of time. I think the winter a year ago hurt it. Could it still be recovering?

A: Perhaps. Or it may not be in soil that’s as good. There are lots of reasons a plant may not bloom as well or as long. Watch its growth the rest of this year and then its bloom come next year. Hopefully it will improve.

Dear Neil: We were out of the country for several weeks last fall. Our St. Augustine lawn looked bad when we came back, and it looked bad this spring in spite of fertilizing. (See attached photos.) It seems to be expanding. What can I do?

A: Your lawn was hit by take all root rot. It was very bad across big areas of Texas this spring and early summer. Infected lawns were very patchy with yellowed spots and dying grass. This was the disease for which we used to recommend applying a 1-inch layer of sphagnum peat moss until this year, but plant pathologists now recommend application of the fungicide Azoxystrobin, and it did a great job of controlling it. However, TARR is a cool-season disease that should be in remission currently. Wait to treat until you see it again.

Dear Neil: There are three crape myrtles in our neighborhood that are partly white and partly pink. Are crape myrtles like hydrangeas, where adding acid to the soil will change the flower color?

A: Not at all. What you’re seeing are plants that are made up of distinct cuttings of different colors. Nurseries usually plant three cuttings per pot when they’re starting their plants. Either those were intentionally done that way for effect, or the same mistake was made three times. It’s usually not a good plan because they won’t bloom at the same time and the different varieties may not grow at the same rate or in the same mature form.

Dear Neil: We have two fig trees that we planted three years ago. They have not produced figs this year. I cut one of them back last fall, and it has no figs on it at all this year. The other plant has figs, but they are remaining hard and not maturing. What is wrong?

A: It’s best if you don’t prune figs. Pruning stimulates new vegetative growth at the expense of fruit. As for the fruit that is refusing to ripen, just wait. Keep the plant moist and be patient. It will ripen in its own time.

Dear Neil: I lost about half of my tomatoes this year. The fruit would look great, but when I picked them there would be a soft spot up on the shoulder. It would spread quickly until the entire fruit was ruined. There was no sign of any insect damage. What would that be?

A: I wish I had a photo. Since you said no insects, I’ll rule out stinkbug damage where they puncture the fruit. You say you don’t see any feeding, but the fruit does deteriorate. It could be sunscald. That happens with tomatoes that ripen in the hot weather. If you had told me the fruit had a putrid odor I would have said it was bacterial soft rot. I’d suggest looking at the information on Aggie Horticulture, the TAMU horticulture website. Maybe you can match things up better with what you know you saw.

Dear Neil: My red oak is shedding its acorns. They’re about pea-sized. I’m hoping the tree is healthy. Should I do anything to help it?

A: No. Just sit tight. The tree probably just over-produced and is aborting to make up for it. Things should be fine.

Dear Neil: My Texas sage is suddenly dying. The only thing I can find is root rot. Are my other plants in danger?

A: Poorly draining soils can cause this in areas where there is a good bit of rain. But that doesn’t apply to all of Texas. In northern parts of the state, Texas sage often dies due to cold injury, and it can take several months for that to happen. I like this plant a great deal, but it’s a perfect example of a plant that is “native” where you find it growing in nature, but that may be poorly “adapted” 100 miles from there. Other than lace bugs that cause the leaves to turn mottled pale gray, I’ve not seen insects or diseases cause any problem for Texas sage, so I don’t think this is anything that’s going to spread to the adjacent plants – assuming they have good drainage, of course.

Dear Neil: Are my knockout roses diseased? They have really thorny stems, as you can see in …

Dear Neil: We are growing a plant that was just lovely until some insect attacked it and put…

TEXAS GARDENING: Herbicides don't do much good against smilax briar

Dear Neil: In doing some trimming last week, I removed a branch from low on the trunk of a tree. I found a hollow core filled with “goop.” It …