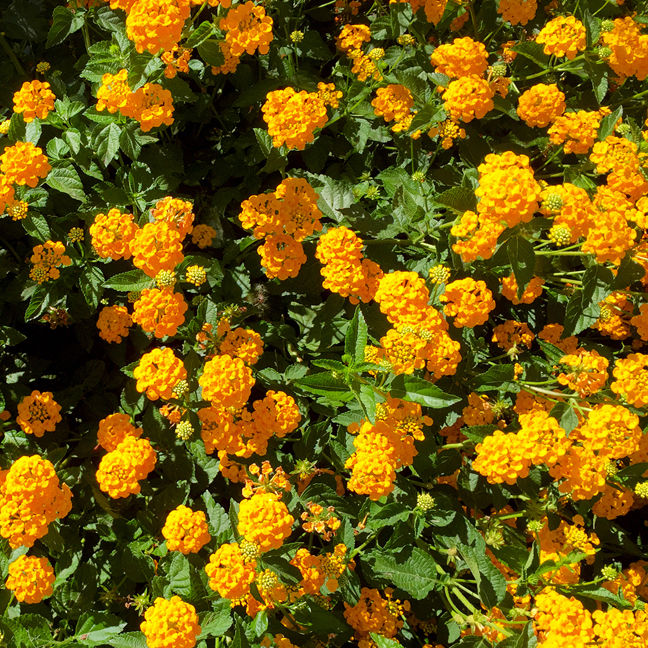 The most popular spreading type of lantana is New Gold, and it is a triploid, meaning it is sterile and incapable of reproducing. 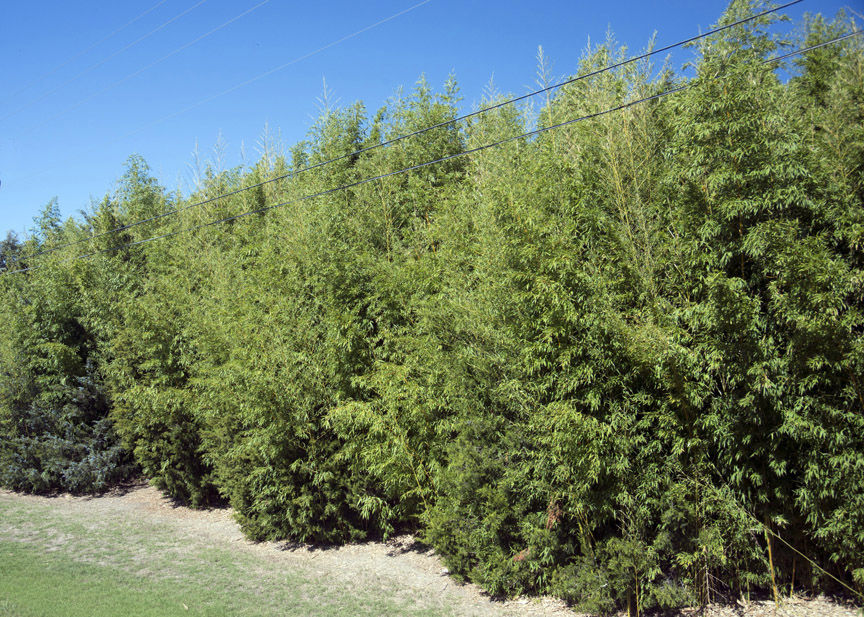 Golden bamboo is perhaps the most invasive plant that is grown in Texas landscapes. 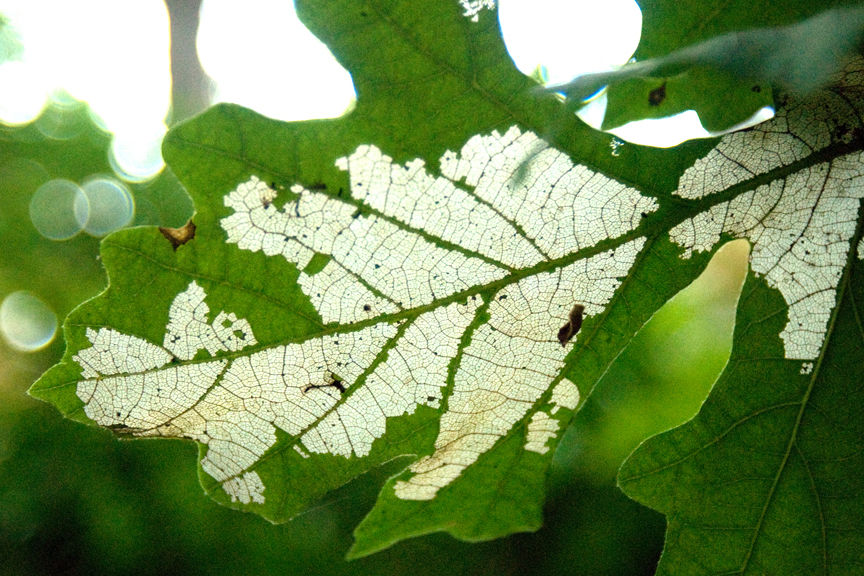 Sawflies will cause leaf surfaces to separate. A systemic insecticide containing Imidacloprid applied in early June should offer prevention.

The most popular spreading type of lantana is New Gold, and it is a triploid, meaning it is sterile and incapable of reproducing.

Golden bamboo is perhaps the most invasive plant that is grown in Texas landscapes.

Sawflies will cause leaf surfaces to separate. A systemic insecticide containing Imidacloprid applied in early June should offer prevention.

Dear Neil: I’ve noticed that some of my lantanas produce seeds, and they don’t seem to flower as continuously as the yellow, trailing type. Why is that?

A: The most popular spreading type is New Gold, and it is a triploid. That means that it, like a mule, is sterile and incapable of reproducing. The types that are producing fruit are obviously getting pollinated, and the setting of the small fruit interrupts their growth, if ever so slightly. They’re all still great plants, however.

Dear Neil: Can a persimmon tree be pruned to a more desirable shape? Mine bears an abundance of fruit, but the upper branches are getting beyond reach from a ladder.

A: You shouldn’t really try to reshape a persimmon tree to fit your harvesting needs. While you can do that with peaches and plums if you start when they’re brand new trees, persimmons don’t lend themselves nearly as well to pruning to direct their growth. It would just try to regrow to its former shape and size.

Dear Neil: I have a small bed of red yuccas that are currently in full bloom. One plant, however, has yellow flowers. Would be of any commercial value?

A: You will see yellow-flowering red yuccas (odd phrase!) from time to time, both in nurseries and in plantings like yours. In fact, they are occasionally sold as their own selection in case you wanted an all-yellow bed. However, as with white-flowering Texas mountain laurel, yellow variants of Hesperaloe parvifolia are more about novelty than about their great appearance. They aren’t nearly as showy as the species and its improved selections.

Dear Neil: I am having a lot of trouble with wild blackberry vines coming up in my flowerbeds. How can I get rid of them without hurting my flowers?

A: No weedkiller is going to be that specific, so you’re going to have to dig them by hand. It’s not as difficult (nor as painful) as that might sound, however. Wear leather gloves and use a hand tool known as a dandelion digger to move the vines around until you find where they come out of the ground. Usually you’ll be able to trace several stems back to one root system. Slide the digger into the soil and sever the stem an inch or two below the ground. It won’t come back, and you’ll be able to flick the top out of the way with the digger. Your only other option would be to apply a broadleafed weedkiller with a foam rubber paintbrush directly to the plants’ leaves. However, foam rubber brushes and berry vines don’t exactly match up too well.

Dear Neil: We are in an HOA, and one of our neighbors has planted bamboo. It’s spreading into yards on both sides of her house. She says we just need to mow it down and that hot weather will kill it, but it’s now pushing the fences down. What can we do to eliminate it?

A: Golden bamboo is perhaps the most invasive plant that is grown in Texas landscapes. Mowing is of almost no help, either. Work with the HOA and a small group of respected landscape contractors to figure out a plan. It’s going to have to involve removing every piece of it in your and others’ landscapes, then installing a deep barricade, perhaps concrete and perhaps 30-inches deep. Even with that it may escape. Better yet, the HOA needs to ban its planting. Mowing and hot weather definitely will not stop its spread. It’s a sub-tropical grass. It loves the heat.

Dear Neil: I have a large American elm that seems to be splitting down its trunk. There is a crack developing. Why does that happen, and do I need to worry? Do trees in such situations ever grow back together?

A: That may be due to the weight of the branches involved. They may be pulling down under the weight of their leaves (especially during rainstorms, when water adds to the weight) and during windstorms. That wood will not grow back together. If the tree is to be saved, it probably will need to be cabled and all-thread rods will probably need to be inserted through its trunk. This is most definitely a job for a certified arborist.

Dear Neil: My chinquapin and bur oaks’ leaves turn to parchment-like material by late summer. What can I do now to prevent that?

A: I’ve seen two different insects attack those species. Lace bugs will suck the color out of their leaves so that they end up being the color of manila folders. You’ll also see small black beads of the insects’ excrement on the backs of the leaves. And then sawflies will cause the leaf surfaces to separate. That may be more like the parchment paper effect you described. In both cases, a systemic insecticide containing Imidacloprid applied in early June should offer prevention.

Dear Neil: I have two plants (gardenias and oakleaf hydrangeas) that I know need a lot of organic matter. However, I’m wondering if it’s possible to get too much mulch beneath them?

A: Mulches retard weed growth and they conserve soil moisture by cutting down on the exposure of the soil to hot, dry air. However, they can also absorb a lot of the water that might otherwise be hitting the soil. The fluffier the mulch, the deeper you could put it, but not more than 2 or 3 inches. I use pine bark mulch, and I apply about 1 inch.

TEXAS GARDENING: Nothing to be done for root rot

Dear Neil: How can I get rid of oxalis in my St. Augustine/bermuda lawn? It is growing in an area where it’s too sunny and hot for St. Augusti…