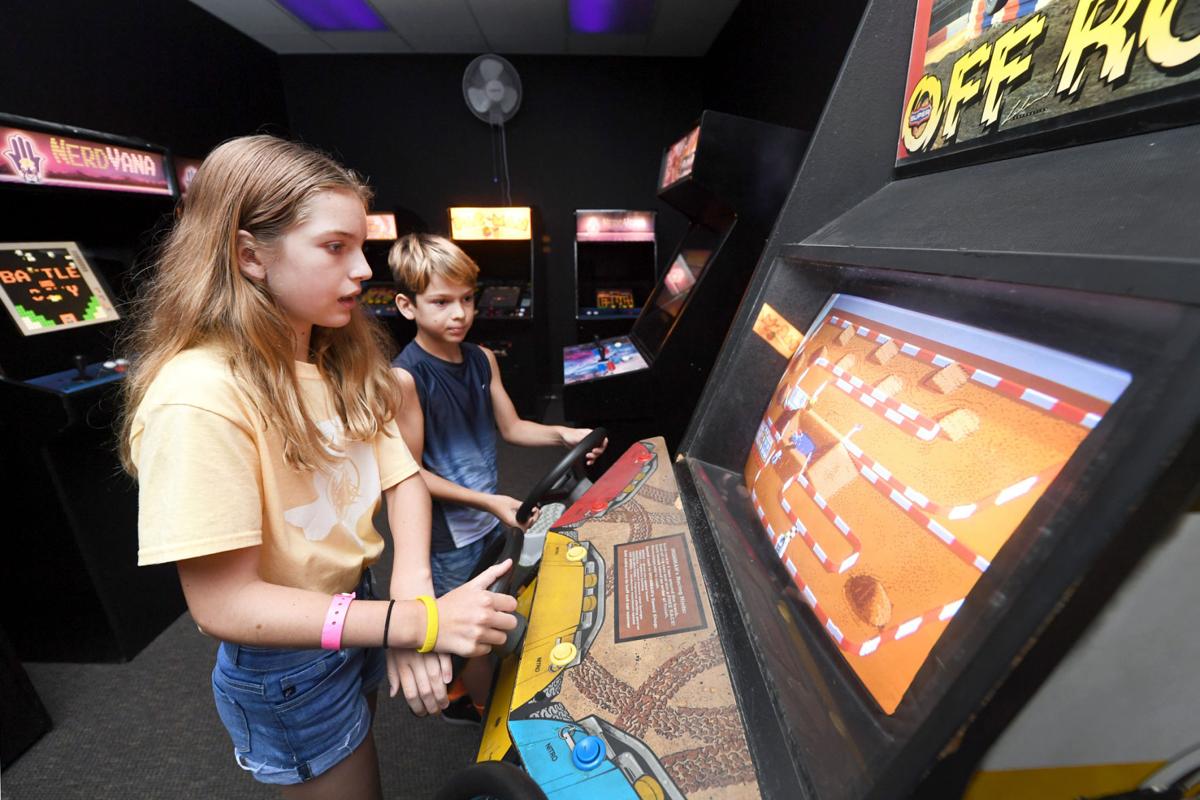 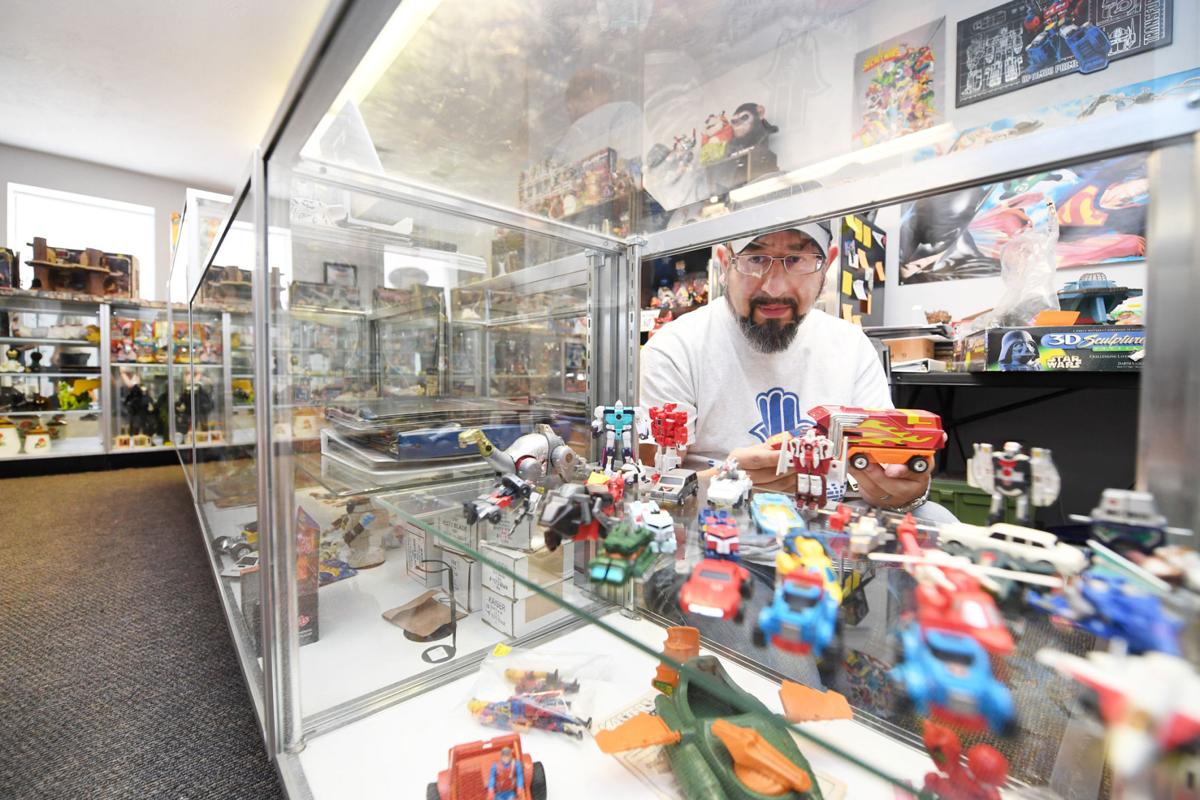 Jason Carranza, owner of NerdVana, kneels behind a glass case displaying new and vintage Transformers toys at his College Station shop and arcade on Saturday. 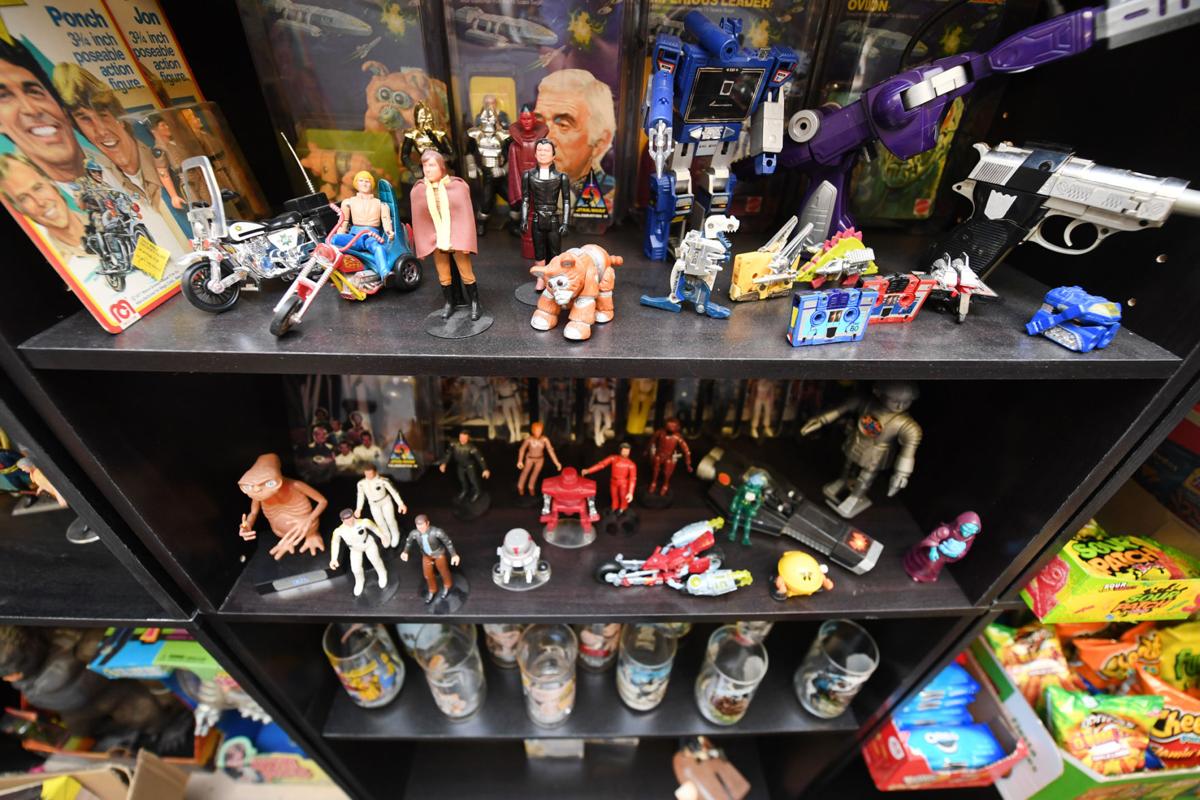 Collectibles that are not for sale are displayed behind the counter Saturday at NerdVana, a vintage arcade and toy store in College Station.

Jason Carranza, owner of NerdVana, kneels behind a glass case displaying new and vintage Transformers toys at his College Station shop and arcade on Saturday.

Collectibles that are not for sale are displayed behind the counter Saturday at NerdVana, a vintage arcade and toy store in College Station.

At one time, arcade games were a classic means of escape, and NerdVana is aiming to bring that oasis back to Bryan-College Station.

In November, NerdVana was established to be just what its name implies, a "heaven for nerds."

With some of his own games and some from other collectors, Carranza put together an arcade that has 35 different games. In some cases, the machine is a multi-game version, so the games can change from one visit to another.

People do not need to weigh themselves down with quarters or tokens, because the arcade is set up on an all-day play system in which customers only need to pay $10, get a stamp and play as many games as they want from open to close.

Though the arcade may be the biggest draw of the store, Carranza's passion, he said, is pop culture in general. So, he brought in collectibles people cannot find elsewhere.

"We say it's a toy store, but it's really all kinds of collectibles," he said. "We've got gold plated stamps. We've got books. We've got statues. I've got vintage Snoopy straws, just weird random things."

Acknowledging there are similar establishments in Houston, Austin, Dallas and San Antonio, Carranza said he did not know of any that have the range of NerdVana with pop culture and arcade together in one place.

"We're filling a niche," he said. "There's nothing like us for probably an hour and a half in any direction."

The location also has a party room for children and adults as well as a lounge for people to relax in between playing Ms. Pac-Man or Street Fighter.

"People come and play games for just hours and hours and you get physically tired; your arms get tired, so they come and chill out in here," Carranza said about the lounge. "We've got free Wi-Fi. We've got the dartboard."

It is good timing for the store, he said, with some of the biggest box office movies based on comic book characters and many people choosing to wear Star Wars T-shirts. The nostalgia prompted by Stranger Things also has brought people in to check out the games featured in the show.

"Right now [nostalgia] is mainstream for sure. A lot of '80s and even '90s stuff is very retro cool." he said, adding "nerd culture" is also mainstream with superhero movies and TV shows.

Carranza's soft spot as a toy collector is 1980s pop culture, and it is that nostalgia that brings people into the store.

"We have a vintage theme throughout the place. We try to be as old-school as possible," he said. "Nostalgia is a huge part of what we're doing. "

Some of the toys are ones he has found in garage sales, at auctions or online, but others come from customers who sell or trade their items to Carranza.

Since opening, he said, the most interesting things he has gotten are high-end Transformers and high-end Thundercat statues.

"We get a lot of rare toys too. We've got an in-the-package switcheroo -- basically it covers your light [switch] - and it's C-3P0, and it's still in the package. That's unheard of," he said. "We've got a lot of rare things like that. We've got a 1977 Shogun Warriors Godzilla, which is, as far as I'm concerned, the coolest Godzilla of all the Godzillas that have been released, so super vintage, super cool, super good condition. We've got lots of stuff like that. I've got a lot of the big Star Wars vintage ships."

The phrases he most frequently hears from first-timers, he said, are "Oh my, God, I used to have this," and, "Do you remember this?"

"You get to kind of relive your childhood a little bit. You get to expose your kids to what it was like when you were coming up, and it's just fun," Carranza said.

It can be a lot of work operating his own business in addition to holding down a day job as a graphic designer, but it is all worth it, he said.

"It's awesome. Not everybody, but a lot of people, genuinely fall in love with the place and give me compliments on it for having it and thanking me for opening something like this because there was nothing like this. Obviously, that feels good. If they keep coming, I'll keep the doors open," he said.

Ultimately, Carranza's goal is to keep growing the business, possibly adding more food and a bar area, and to expand into a larger space with a bigger presence and even more games.

NerdVana is at 3206 Longmire Drive, Unit C, between Ponderosa Drive and Rock Prairie Road in College Station and is open Tuesdays through Sundays. The store opens at noon each day and closes at 9 p.m. Tuesdays through Thursdays, at 11 p.m. on Friday and Saturdays and at 6 p.m. on Sundays. For more information, find its page on Facebook or go to vintagenerdvana.com.