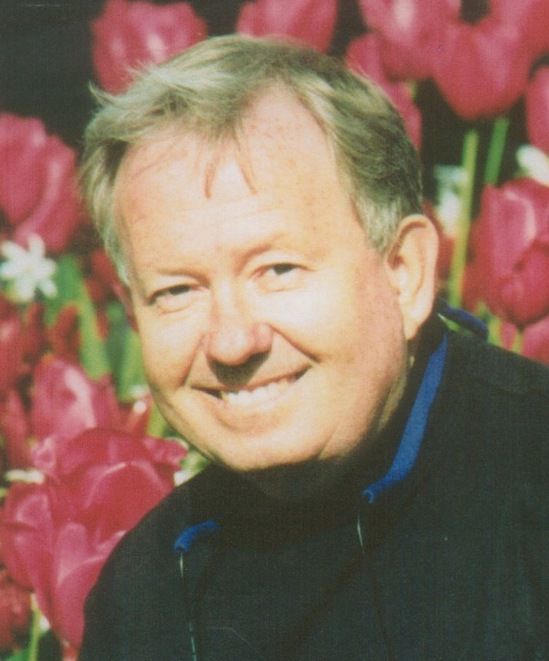 Anthony Lee "Tony" Jones, 72, of College Station, passed away on Sunday, November 3, 2019, in Houston. A visitation will begin at 11:30 am until time of service at 1 pm, on Monday, November 11, 2019, at Christ United Methodist Church. Interment will follow in the College Station Memorial Cemetery / Aggie Filed of Honor. Officiating will be Reverend Jerry House. Services are in the care of Callaway-Jones Funeral and Cremation Center, Bryan-College Station.

I was born in Kingsville, TX in November 1946. My first 5 years I lived with my Grandmother who taught me respect, to be honest, always tell the truth and always smile. (All this came with a number of spankings…She always would tell me that it hurt her more than it hurt me.)

My Mother, Ruth Allen, married David Tripp in 1945. She and David divorced in the late 1940's. She remarried Elmer J "Buddy" Jones in early 1950. He adopted me and was the only Dad I ever had. They had three other children - Lonnie J Jones, Dana Anne Buillion and Brenda Kay Jenkins.

I was raised in Kingsville, Texas until I was 10 years old. We moved to Aransas Pass for a few years. We moved to Corpus Christi until 1964 and then moved to San Antonio in January 1964….the best move ever. January 6th, 1964 I was registering for classes at Robert E. Lee High School. While sitting in the counselor's office a girl, Glenna Japhet, was also registering. I was a second semester sophomore. My first friend. As Paul Harvey would say, "And now, the rest of the story".

I was very much a sports guy. I played baseball, basketball, track and my favorite… football. My senior year at Lee, our football team went to the State Finals where we had our first loss to Odessa Permian 11-6 (two blocked punts made the difference).

My family was not wealthy so I know I had to get a scholarship to go to college. I received letters from Tulsa University, Tulane University, Trinity University, Sul Ross and Texas A&M. I did not want to be an Aggie so I chose to go to Sul Ross with two other players from our team. In the late fall I hurt my knee a second time and the doctor told me I had to stop playing football.

I married my high school girlfriend just out of high school on July 16, 1966. We had two children, Charles Allen "Charlie" Jones on March 24, 1969 and Laura Anne "Laurie" Jones on October 7th, 1971. They both graduated from A&M Consolidated High School. Charlie went to Austin and Laurie stayed in College Station and graduated from Texas A&M Class of 1996; her beautiful smile has brought me such great joy over the years. Charlie called one night to tell me he did not like college and wanted to get into the music business. That scared me to death but I did not let him know that. He turned a dream into reality in the entertainment venue business. He has made me a very proud Dad. Today he puts on venues in Austin, Chicago, Washington D.C., Berlin, Paris, Australia, Brazil, Chili and many more places.

When I first moved to San Antonio, I was sitting in the counselor's office waiting to be enrolled into Robert E. Lee High School. While waiting, another person entered and sat down waiting to enroll, as well. Her name was Glenna Japhet. We became good friends and ran around with the same group of friends. In the summer of junior year at Lee I asked Glenna out for a date and she didn't not even think before she said "NO". I later found out that she thought I was a wild and crazy guy (boy, did she hit the nail on the head).

In April of 2000, while at a Judges and Commissioners Conference in San Antonio, I called Glenna to find out what was happening in San Antonio. I called another friend, Danny Parrish, knowing that he knew Glenna and asked if Glenna was dating anyone…not knowing that Danny's wife, Susan, called Glenna on the other line. I would ask Danny a question like "Do you think she would go to dinner with me?" and Susan would ask Glenna the same question and shake her head "yes". It only took me 35 years to ask her out again. Does this sound like high school, or what? As Paul Harvey would say, "And that was the rest of the story".

I believe in God and I know He has a plan for me. I am sure glad that He has patience. I was born in 1946 and diagnosed with polio in my early years. I have broken bones in my hands, arm and shoulders. I have had a total of fourteen operations. In 2015 I was diagnosed with Double Hit Lymphoma Cancer and He still keeps me around.

Glenna and I were married on December 30th, 2000. Together we have four children and 12 grandchildren.

I was very involved in our community as a coach in flag football, Little League, soccer, softball and even played softball in the Over 30 League. I served on the Chamber of Commerce, Habitat for Humanity, different boards and the Sports Foundation. I was appointed to the Planning and Zoning Commission, served two terms as a City Councilman, one term on the School Board and two terms as Brazos County Commissioner. Governor George Bush appointed me to the Regional Water Board where I served two years as Scope of Work Chairman and three years as Chairman.

I loved my community and wanted it to be the best. I received tremendous education serving where I could. I wanted to take a little with me and leave a little behind, not to be forgotten.

In lieu of flowers, please make a donation to the Bryan/ College Station St. Jude Dream Home Showplace that benefits the St. Jude Children's Research Hospital. Donations can be made online at http://events.stjude.org/AnthonyJones