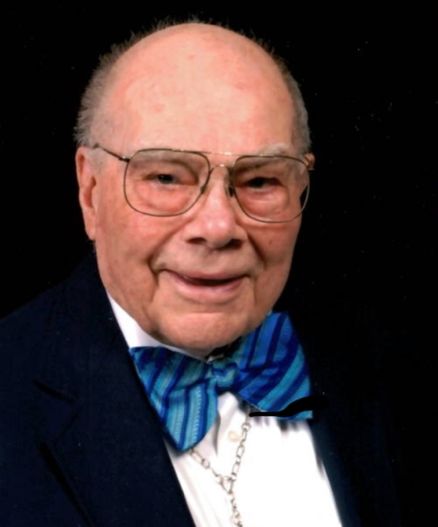 Heaven's bells were ringing when Reverend Glenneth Allen Harrington was called home to be with his heavenly father early Thursday morning, October 10, 2019. He was 89 years old.

Glenneth was born to Russell and Grace Harrington, June 3, 1930, outside of Hollene community in eastern New Mexico. The oldest of five children, Glenneth's early years were spent working on the family farm. While attending Rosedale High School, Glenneth participated in basketball, track, baseball, and FFA.

As a young man Glenneth heeded God's call to the ministry, which lead him to McMurry College in Abilene, Texas. It was at McMurry that he would meet the love of his life, Florence "Kitty" Blansit. The two were married June 18, 1953. He spent the next 66 years of his life devoted to Kitty and their three children.

Glenneth attended the Perkins School of Theology at Southern Methodist University before being ordained in the New Mexico Conference of the United Methodist Church in 1957. During the 40 years of his ministry, Glenneth served churches throughout New Mexico, West Texas, and Northwest Texas. A true servant leader, he was loving and selfless, planting seeds for others to harvest while collecting deep and lasting friendships along the way.

Glenneth was known for his deep faith and love of God, his devotion to his family, his beautiful voice, and love of baseball.

A Celebration of Life will be held November 9, 2019 at 2:00 pm at First United Methodist Church, Bryan, Texas. A time for fellowship will follow in the church's Fellowship Hall.

In lieu of flowers, memorials may be made in Glenneth's name to Methodist Children's Home, 111 Herring Ave, Waco, Texas 76708. 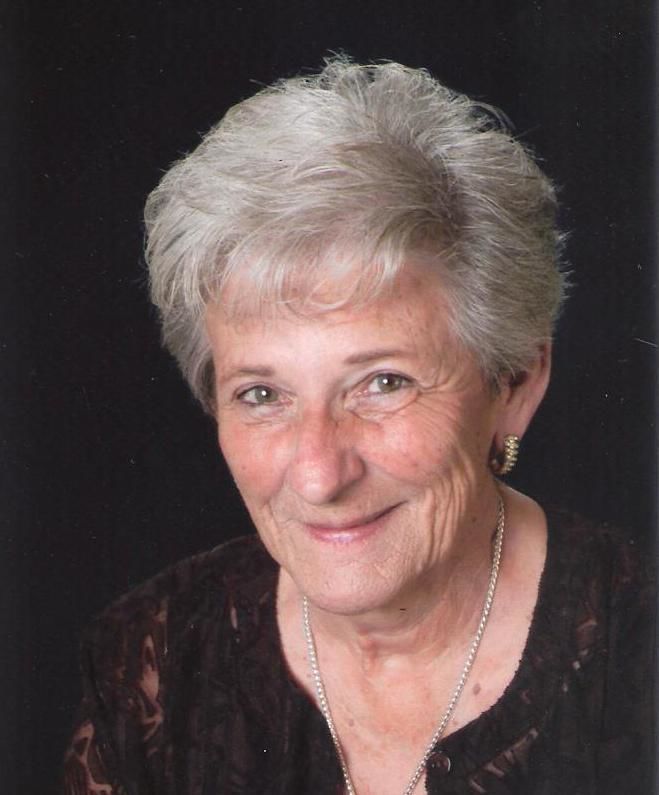 Our dear sweet Patsy has gone to be with her Lord and Savior Jesus Christ. Her valiant effort battling cancer came to an end on October 15, 2019.

Patsy was born on December 18, 1940 in Memphis, TN; to Frank and Juanita (Graham) Sallee. She was raised in West University in Houston and graduated from Lamar High School in 1958. She attended classes at Abilene Christian College. Patsy worked in the banking business, and retired from Bank of America after many years of service.

Patsy is preceded in death by her parents; and a brother, Frank M. Sallee Jr.

Patsy enjoyed doing God's work at her beloved Parkway Baptist Church in College Station. She was an avid deer hunter and fisherman and loved going camping. But most of all she loved being with her family. She will be sorely missed by all who knew her. The family would like to thank the hardworking dedicated doctors and nurses at the Cancer Clinic and CHI St. Joseph Regional Health Center for the care and support they gave to Patsy and her family.

Patsy's wishes were to be cremated. A celebration of her life will be held at Parkway Baptist Church on Monday, October 21 at 11:00 a.m., 1501 Southwest Parkway, College Station, Texas.

In lieu of flowers the family request that memorials be made to Parkway Baptist Church. 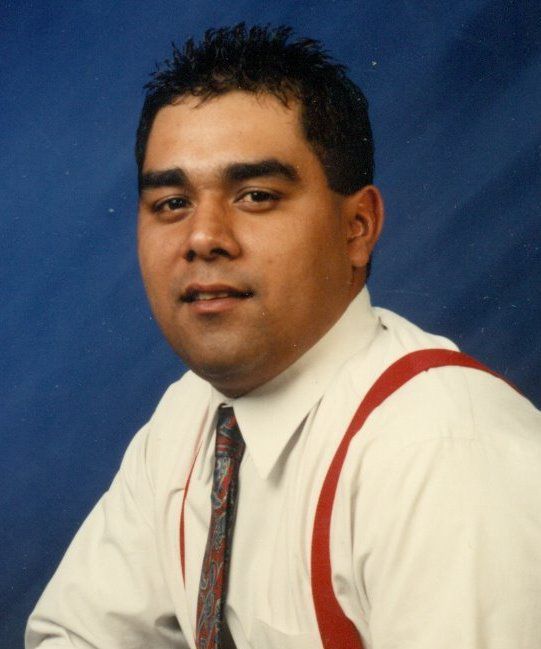 Carlos J. Galindo, 52, of Bryan passed away Tuesday, October 15, 2019. Funeral Services are set for 10 AM Monday, October 21 in Santa Teresa Catholic Church. Visitation will be from 5-8PM Sunday, October 20 with a 6PM Rosary in the chapel of Trevino-Smith Funeral Home.

Born August 31, 1967 in Bryan he was the son of Carlos Galindo Jr. and Mary Galindo – Ramirez. Carlos was a huge sports fan. He really liked the Texas Longhorns and loved joking and smiling. Carlos was a very unique person who had a nickname for everyone he met and could even make a stranger feel loved.

He is preceded in death by his father and both sets of grandparents. Carlos leaves behind to cherish his memories, his mother, Mary Galindo-Ramirez and husband Pete; one son, Preston Galindo; two daughters, Morgan Galindo, and Taylor Medina; a brother, William Galindo; sister, Ana DeLeon; 3 nieces, 2 nephews and numerous friends.

Serving Your Family Is Our Family Business

Benita Stephanie Chavez, 38, of Bryan, passed away Wednesday, October 16, 2019. Visitation will be 5 to 8 p.m. Sunday, October 20, with a 6 p.m. rosary service at Memorial Funeral Chapel in Bryan. Services will be at 12 p.m. Monday, October 21, at Santa Teresa Catholic Church. 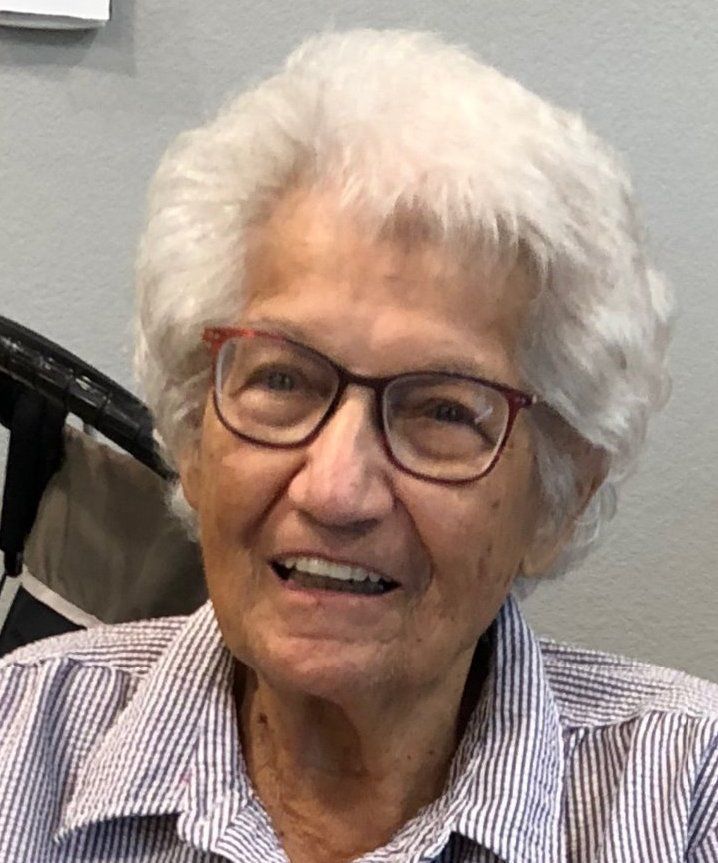 Miriam Platt Feigenbaum was born on September 26, 1923 and died on October 18, 2019 at the age of 96. Whenever anyone asked Miriam about her long life, she would respond "I've had a great run!" She really did.

Miriam was born in Houston, raised in the wholesale grocery business and met a handsome young merchant named Manuel Feigenbaum on a blind date. They were married on October 27, 1946 and the young bride and groom moved to Caldwell, Texas to run Manuel's Dry Goods. After Manuel died in 1975, Miriam continued to run the store until 2014 reluctantly retiring after 70 years of business at the age of 91. In doing so she closed the oldest corporate bank account on file at Prosperity Bank next door to Manuel's.

She loved dressing her many friends and customers with clothing that she personally picked out at the wholesale market. Her generosity was as famous as her work ethic. Miriam made sure that people in need had clothes to wear and quietly gave countless numbers of dresses, shoes and coats away.

Miriam never met a stranger and could talk to anybody and everybody. When she retired in 2014, she moved to Bryan/College Station and instantly made many new friends, in the process learning how to play dominos and honing her poker skills.

She built a business and a rich social life, but her greatest pride was her family. She is preceded in death by her husband Manuel Feigenbaum, parents Lewis and Ray Platt and sister and brother-in-law Gertrude and Leo Frank. She is survived by her daughter, Arlene and son-in-law, Lawrence, son, Leslie and daughter-in-law, Anita. She had four grandchildren, Michael (Mara), Gregory, Sarah and Ryan and two great grandchildren, Yogev and Nevo, plus numerous nieces, nephews, extended family and dear friends.

Graveside service will be held Sunday, October 20, 2019 at 12:30 PM at Beth Yeshurun Cemetery located at 1037 Post Oak Road, Houston Texas 77055. A memorial service will be held at 6:00 pm Sunday evening at Leslie and Anita's home at 1009 Carmel Place in College Station.