Juan Recendiz-Luna, of Bryan, passed away Sunday, September 1, 2019. Infant Services have been entrusted to Hillier Funeral, Cremation, and Bereavement Specialists of BRYAN. 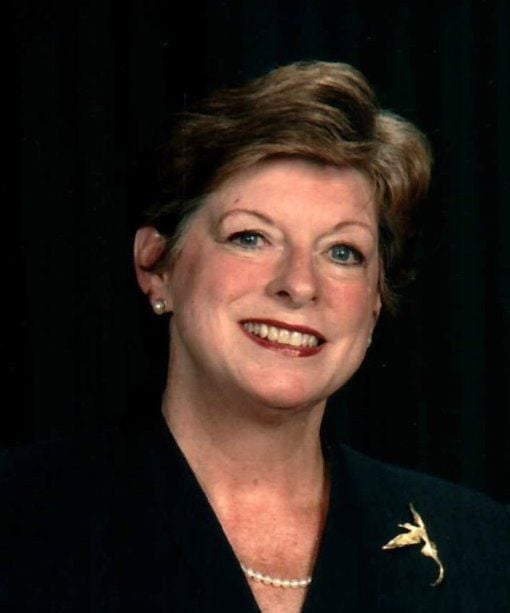 Linda Darlene Jackson, 75, passed away peacefully on Saturday, August 31, 2019, at Baylor Scott and White Hospital in College Station, Texas, surrounded by her husband, daughter, son-in-law and grandchildren who loved her very much.

Linda was born Linda Darlene Gray on March 10, 1944, in Kittanning, Pennsylvania, to Elsie Mae Matthews and Albert L. Gray. She graduated from Apollo Ridge High School in 1962, where she met the love of her life, John C. Jackson, Jr. On January 3, 1964, Linda and John married in Cumberland, Maryland. The following year she graduated from nursing school in New Kensington, Pennsylvania. In 1968, with their first born, Erik, Linda and John moved to Vicenza, Italy, where John served in the US Military. Other places they lived included Apollo, Pennsylvania, Bermuda, Tokyo, Japan, and Spring, Texas. While in Spring, Linda and John owned and operated a travel agency in the Houston area. In 2000, Linda and John settled in College Station to be near their grandchildren.

Linda was an active member of Christ United Methodist Church in College Station where she volunteered in numerous capacities to serve the public and the church community. In recent years, Linda enjoyed traveling with John, playing dominoes and cards with her friends, volunteering and all things involving her grandkids. She will be remembered for her faith in God, her generous spirit, her kind heart, her quick wit and her love for telling stories.

Linda was preceded in death by her parents and her beloved son, Erik Todd Jackson.

The family would like to thank everyone for their prayers and support during this difficult time. Also, many thanks to the staff of the ICU at Baylor Scott and White Hospital for their compassionate care of our precious Linda during this last month.

Visitation will be held Wednesday, September 4, 2019 at Hillier Funeral Home, 4080 Highway 6 S. from 6 to 8 pm. A celebration of Linda's life will be held at 11 am on Thursday, September 5, 2019, at Christ United Methodist Church, College Station with Reverend Jerry House, Jr. officiating.

In lieu of flowers, memorial contributions can be made to the American Cancer Society (www.cancer.org) or Christ United Methodist Church Mending Hearts Ministries (www.christ-umc.org).

Please share your memories and tributes to Linda at www.hillierfuneralhome.com.

With an honorable discharge, L.D. and Barbara Hill went back to their lives in Borger, TX where he worked as an operator at the refinery of Phillips 66 in Borger, TX for 41 years and retired in 1991.

L.D. Hill loved the Lord and God's word. He also loved God's church by faithfully serving for many years at as financial officer. He and Barbara were charter members of Keeler Baptist Church in Borger, TX. He was a loyal friend and could always be called upon to help a friend in need.

L.D. had the blessing of knowing many grandchildren and great grandchildren as their "PawPaw" and they had the blessing of having him as an active part of their lives for many years. Altogether, he had seven grandchildren and thirteen great-grandchildren. His family was the apple of his eye. He never missed an opportunity to be with them. L.D. was happiest when he was on a camping trip in his motorhome with his family. He was known for taking them on all sorts of adventures and had taken his family to visit a total of 48 states. L.D. was a pillar of strength for his family and left a memorable legacy for them rooted in kindness, serving others before yourself, unconditional love, and a thirst for adventure and to see the world.

When asked just a few years ago if he could offer words of advice to live by, he said this: "Love and know God. Accept Jesus as your Savior. Ask for His guidance daily, and remember to give Him thanks. Do more than just love your family; TELL them you love them. Work your best at whatever job or profession you have and enjoy life. Make the best of what you have because there will always be others less fortunate than you. "One day at a time, Sweet Jesus" is my motto for living a good life."

Awaiting him in Heaven, is his beloved wife, Barbara; his parents, Louie and Gladys Hill; his brother, Kenneth Hill; his daughter, Debby Hill; and his son, Tony Hill.

Graveside Services will be on Saturday, September 7, 11:00 am at Ethel Reece Cemetery in Barnsdall, Oklahoma.

Arrangements are under the direction of Stumpff Funeral Home & Crematory. Friends who wish may sign the online guestbook at www.stumpff.org. 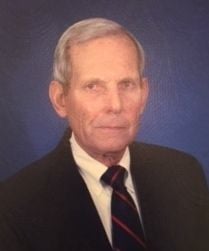 Paul Jerry Saunders was born on April 21st, 1930 in New Boston, Illinois and left this earth to be with Jesus on September 1st, 2019. The family will receive friends from 1-2 p.m. Wednesday, September 4th, with the Celebration of Life Service to follow at 2 p.m. in the Bluebonnet Chapel of Callaway-Jones Funeral Center, 3001 S. College Ave., Bryan, TX 77801.

Paul was a true and faithful Christian man, loving husband, father, grandfather and faithful friend. A child of the Great Depression, he would tell stories of when he was a boy, bringing firewood into his grandfather's barber shop during the cold Illinois winters to keep the fire going to warm the shop. His family settled in Kirbyville, Texas, where in high school he met his future wife, Alice Pool.

Paul graduated from Texas A&M College, where he was a Company Commander in the Corps of Cadets. He served as an Army Lieutenant in the Korean War and was awarded the Bronze Star for bravery. After serving his country, he got a Masters Degree in Education from Sam Houston University and briefly taught school. After that, Paul had a distinguished career in the medical supply business with Johnson and Johnson before retirement.

He was a faithful and active member of numerous Baptist churches, and touched many lives with his service and generosity in each.

He was predeceased by his wife of 63 years, Alice Saunders; his parents, Paul and Clara Saunders; brother, Richard Saunders; and son, Syd Saunders.

The family would like to express their gratitude for the attention and care Paul received at The Langford in College Station.

In lieu of flowers, the family requests donations be made in Paul's memory to the American Cancer Society or the American Alzheimer's Society.

Services are in the care of Callaway-Jones Funeral and Cremation Centers, Bryan-College Station.

Reynaldo Godinez, 58, of Bryan, passed away Friday, August 30, 2019. Visitation will be 5 to 8 p.m. Thursday, September 5, at Hillier Funeral Home of BRYAN. Services will be at 11 a.m. Friday, September 6, at Santa Teresa Catholic Church. 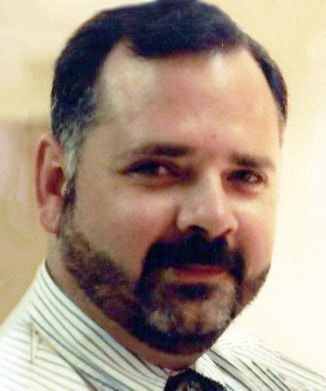 Gary Stephen Munion passed away August 20, 2019 after a long illness from an automobile accident in November 2009 that left him paralyzed.

Gary Stephen Munion, II "Steph" was born January 23, 1960 in Commerce, Texas. His parents, Gary and Betty Munion, were attending East Texas State College. This was a baby well-loved who received a lot of attention early on. He attended classes with his parents and was left in the student lounge in his bouncy basket with special friends who were all music majors and took turns at baby-sitting him.

When it was time to rehearse with the Chorale, Steph attended the rehearsal. The director, also the Dean of Music, paused and remarked, "This is a very good baby. He must like your music."

We were a nomadic family moving around a lot. Steph lived in Tyler, Bryan, Calvert, Bremond, Beaumont, Pasadena, and College Station. He was reluctant to leave Pasadena in 1976 due to his athletic interest/ability being on a winning baseball team. That summer we drove back and forth for him to finish out the games. Much to his joy, A&M Consolidated High School had a good sports program in which he became very active and a good choir, so he sang and performed in it.

With family problems he always had a part time job, like Pooh's Park and Pepe's. He attempted graduation in 1978, also went to summer school and took his GED...passed with flying colors. Then he began training for Assistant Manager of Skaggs Pharmacy in Houston and worked there for a few years. Missing the sports, however, he returned to Brazos area, coached Girls' softball team and played softball with different teams.

His recreational time was spent fishing, hunting and cooking; his specialty being chili.

Even though his automobile accident left him paralyzed and bed-ridden for almost ten years, you can be sure he watched many baseball games, history channel, movies via television, worked puzzle books, and connected with his computer for a variety of entertainment and educational interests.

Steph leaves behind his mother, Betty Munion; sister, Jamie Dworsky and husband Steve and their daughters; brother, George Munion and wife Karen and their sons in Georgia; and his father, Gary Munion, of Fort Worth.

Steph's life will be celebrated and honored at 11am Saturday, September 7, 2019 at A&M United Methodist Church, 417 University Drive, College Station, Texas. Later, his ashes will be scattered over the Brazos River.

The family wishes to thank all who assisted us in care-giving, and for many prayers and kindnesses from A & M United Methodist Church and Callaway-Jones Funeral Centers. 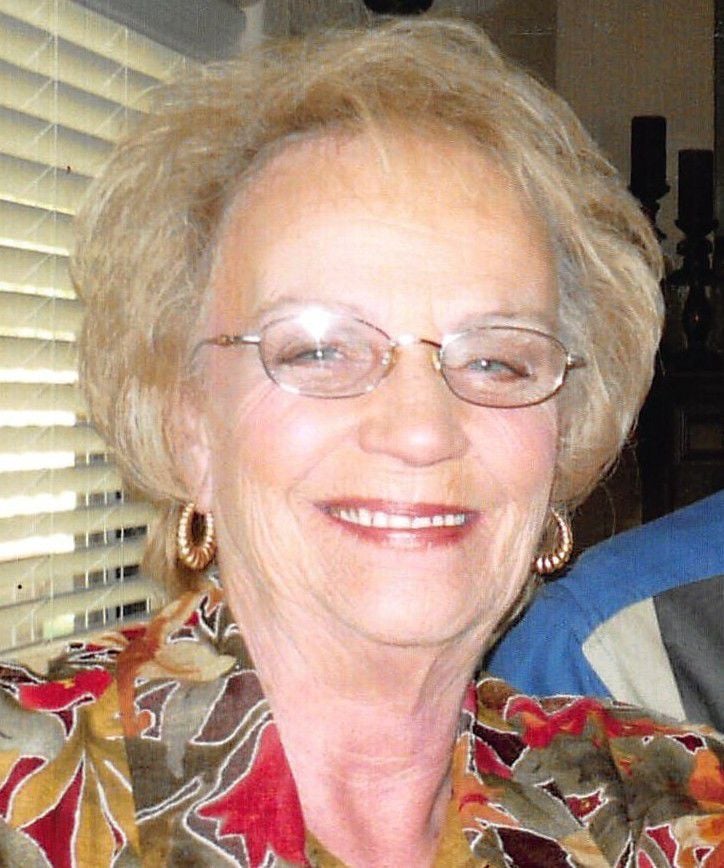 Sharon Kay Frazier Oehlert, 75, of Bryan, Texas, went to be with her Lord on Saturday, August 31, 2019. Visitation will be held from 6-8 p.m. Thursday, September 5th at Callaway-Jones Funeral Center. The Celebration of Life Service will be held at 1 p.m. Friday at the Funeral Center with Pastor Charlie Ray officiating. The Graveside Service will follow in Kurten Cemetery, Kurten, Texas.

Sharon was born on July 15, 1944, to Oscar "Rooster" Frazier and Mabel T. Frazier in Pasadena, Texas. She graduated from Alvin High School in 1962 and earned her Cosmetology License in 1976. She owned and operated New Image beauty shop in Alvin, Texas for 15 years and sold it, but continued to work at the shop for several years afterwards.

She was preceded in death by her parents, Mabel and Rooster Frazier; brother, Gary Dale Frazier; grandparents; and her grandson, Michael Ryne Oehlert.

The family would ask as an expression of sympathy, memorial contributions may be sent to any charity of your choice.

Julie Kerber, 50, of Bryan, passed away Sunday, September 1, 2019. Services have been entrusted to Hillier Funeral, Cremation, and Bereavement Specialists of BRYAN. 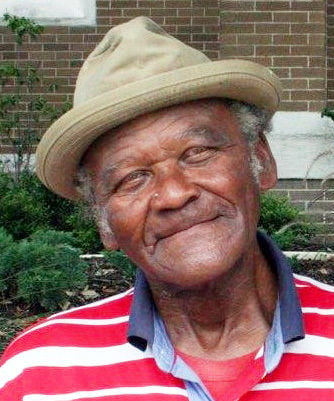 Al was born on October 16, 1942 to Ethel and Willie James Sims in Bryan, Texas. At an early age he joined Allen Chapel A.M.E. Church and was active in Sunday school, and the A.C.E. League Bible study.

He attended Booker T. Washington Elementary School and graduated from E. A. Kemp High. While attending high school, he was the point guard on the basketball team and the quarterback on the football team. After graduation from high school, Al joined the Air Force and was deployed to Vietnam. Upon completion of his tour in the Air Force, he attended college, received his degree and continued to receive his law degree.

After graduating from college he worked for the Internal Revenue Service in Seattle for two years until he became ill and returned to Bryan to be near family.

Family and community members will celebrate this humble soul's life beginning with an 11 a.m. visitation Saturday, September 7, at Hillier Funeral Home of Bryan and a 1 p.m. Life Celebration Services. Graveside service with Military Honors will take place at 3 PM at Bryan City Cemetery with a celebration reception following at The Downtown Elixir and Spirits Company.