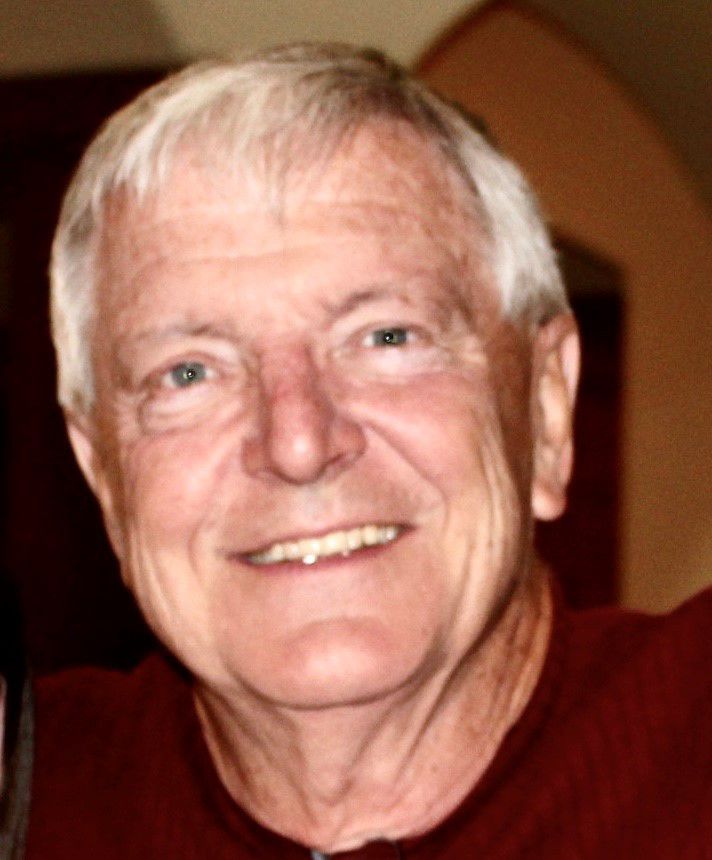 Guy Hubert Foster Jr. passed away on Monday, May 18, 2020, after a long life filled with memories that his friends and family will hold on to forever.

Guy was born in Austin, Texas, on January 14, 1947, to his parents, Doris Jane Mackland Foster and Guy Hubert Foster Sr. Guy lived in Austin until he was 15 years old, then moved to Traynor, Iowa. He always had a job, and was proud to say he bought his own '58 Chevy.

After graduating from Traynor High School in Iowa, Guy worked for two years as a resident aide at Nebraska School for Deaf in Omaha. Guy served in the Army Corp of Engineers for four years. He flew helicopters in Vietnam, as a gunship pilot. He won the Bronze Star Medal and the Air Medal with Valor for his dedicated and courageous service. After returning from military service, he graduated from University of Texas, earning a bachelor's degree in pharmacy.

While attending University of Texas, Guy met and fell in love with Dayne Foster. They married in Houston, and have been together for 44 years. Together, they had two daughters, Mikaela Dayne Foster Rush and Mallory Layne Foster. His wife and two girls meant the world to him. Guy worked hard to provide a good life for his family. He was a pharmacist for 43 years, working the last 32 years at Scott & White Pharmacy in College Station. He enjoyed his work, loved talking to the customers, and knew all of their names!

Guy enjoyed travelling with his friends; they enjoyed going on cruises, going to Estes Park in the summer, and the Kentucky Bourbon Trail in the fall. His friends will miss him telling them, "Let's get together and tell lies!" He was always wanting to have a project, he wasn't happy unless there was a job to do. He enjoyed his hobbies of beekeeping and he loved to mow on his fancy lawnmower. Watching Hallmark movies all day was his guilty pleasure. Friends and family will remember Guy by his humor, he could always make something funny and get you to smile, by his kindness, he was always willing to help out a neighbor, friend, or stranger, and for his mentorship, he would share his skills and expertise with others at his pharmacy. Guy was a genuine man that his friends and family will miss dearly, but will cherish his memory forever in their hearts.

Guy is preceded in death by his parents, Guy Hubert Foster Sr. and Doris Jane Mackland Foster; and sibling, Terry.

Virtual Life Celebration Services may be viewed on Saturday, May 23, 2020 at 11 AM through Guys tribute page at www.hillierfuneralhome.com. 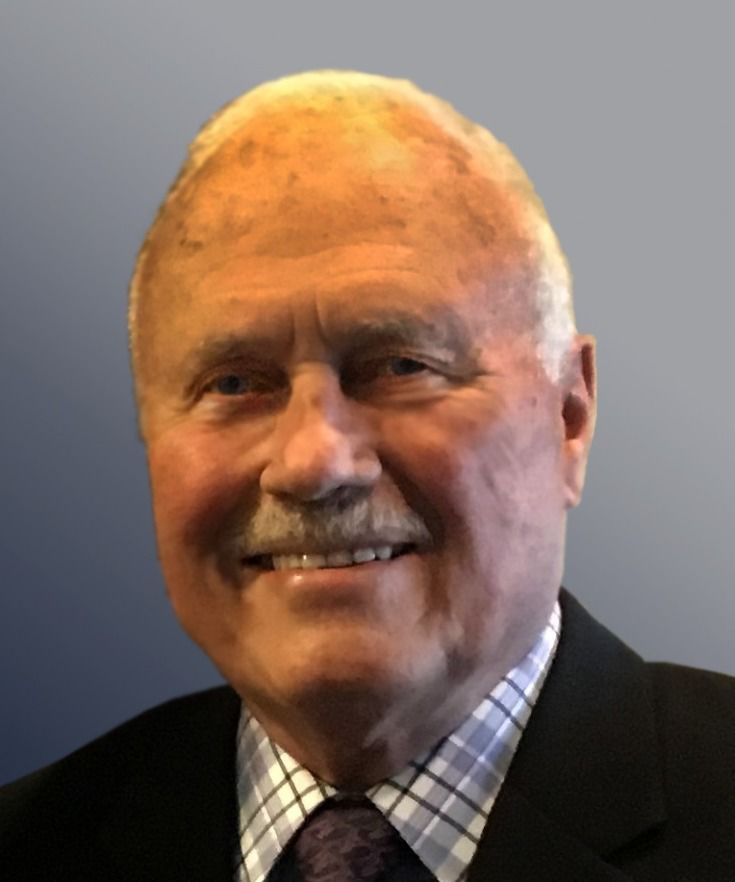 Myron L. "Buzz" Busboom, age 77, of College Station, Texas, passed away suddenly on Sunday, May 17, 2020. He was born November 21, 1942, to Adolph and Ruth Busboom of Lincoln, Nebraska. He grew up on the family farm just outside of the city of Lincoln. He attended elementary school in the one-room schoolhouse in the rural neighborhood near the farm and then attended Lincoln High School. He received his Bachelors of Science in Aerospace Engineering from Southeastern Oklahoma State University.

He was baptized and confirmed at Calvary Lutheran Church in Lincoln, which became the basis for a wonderful and spiritual journey through life. His strong faith in grace and the promise of everlasting life through our Lord Jesus' sacrifice on the cross were the cornerstones of his life.

After high school, he joined the United States Marine Corps and served with distinction. After the Marine Corps, he returned to Lincoln, Nebraska, where he worked on the Burlington Northern Railroad. He then moved to California where he worked at North American Rockwell on the Apollo Moon Team. He was the first "Snoopy" award winner at North American Rockwell. He was chosen as a member of the first rescue team that was established after the January 27, 1967 capsule accident where the 3 astronauts burned and perished. He also was chosen to work on the initial design team for the space shuttle program and wrote the XYZ program drawing for the space shuttle's repetitive use. This led to his next career at American Airlines. He then moved to Dallas-Fort Worth, where he continued in his career of aviation through maintenance and was the Program Director for Flight Simulation in the Flight Training Department. After 23 years with American Airlines, he retired and went to work for the Federal Aviation Administration as an Air Safety Inspector for Avionics working on the Continental Airlines certificate and he represented the FAA on the initial design for the Boeing 787 Dreamliner.

After retiring from the FAA, he enjoyed his retirement by spending time with his family and especially his grandchildren who range in age from age 4 to 23. His passion for the game of golf was a constant pastime whether it was playing golf, watching it on television, supporting his grandson or tinkering with his golf clubs. He was constantly on the search for the perfect club to improve his game.

Buzz is survived by his wife of 27 years, Anna Lou; his daughter Michelle Purvis; stepson Matt Bunn; and stepdaughter Amy Bertelson. He is also survived by the daughters- and sons-in-law Jim Purvis, Lara Bunn and Robert Bertelson. He also leaves 8 grandchildren: Noah Purvis, Hannah Purvis, Lucas Purvis, Mitchell Bunn, Wyatt Bunn, Shelby Holt, Jacob Pawley and Conner Pawley. Others left behind include his brother Garry (and Jan) Busboom and his sons of Beatrice, Nebraska, the mother of Michelle and Marlei, Jacqueline Lantz; and a host of dear friends and colleagues. He is preceded in death by his parents, Adolph and Ruth Busboom, his brother Ronald Busboom and his daughter Marlei L. Busboom.

In lieu of flowers, the family asks that you consider donations to the Holy Cross Lutheran Building Fund, St. Jude Children's Research Hospital or the American Cancer Society.

Jimmy Lee Thornton, 52, of Bryan, passed away Tuesday, May 19, 2020. Services are in the care of Callaway-Jones Funeral and Cremation Centers of Bryan-College Station, Texas. 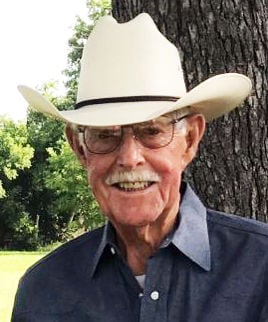 Roger was born on March 18, 1932 in Elgin, Texas to Leslie and Clara Young. Roger was a 1952 graduate of Bryan High School where he met his wife, Mary Dunlap Young. They were married for 66 years before she passed away in May, 2017.

While in high school, Roger began working at a gas station which began his career with Goodyear Tire and Rubber Company. He continued to work with Goodyear which led Mary and the children to Memphis, Tennessee and Charleston, South Carolina. After returning to Texas, he managed the Goodyear store in Galveston, Texas. From there, he went on to purchase two independent dealerships with Goodyear. After selling his two dealerships, Roger and Mary bought property in Chriesman, Texas where they spent the remainder of their lives enjoying all the animals on the land.

A funeral service will be held using livestream services through Callaway-Jones Funeral and Cremation Centers of Bryan-College Station on Friday, May 22, 2020 at 10 am. 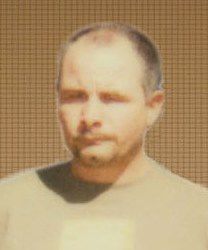 Roy Dell Peyton, 49, of Bryan passed away Friday, May 15, 2020. Graveside Funeral Services are set for 10AM Saturday, May 23 in the Henry Peyton Cemetery with Pastor Steven Nelson officiating. Visitation will be from 5-8PM Friday, May 22 in the Chapel of Trevino-Smith Funeral Home.

Born July 27, 1970 in Kerrville, Texas he was the son of Thomas Edward and Carolyn Faye (Haines) Peyton. Roy worked as a stagehand at Reed Arena for many years and was a hard worker. He enjoyed listening to Country and Western music. Roy loved nature and the outdoors, hunting and fishing were two of his favorite hobbies.

He is preceded in death by his father, Thomas; and girlfriend of five years, Georgia Stewart.

Serving Your Family Is Our Family Business