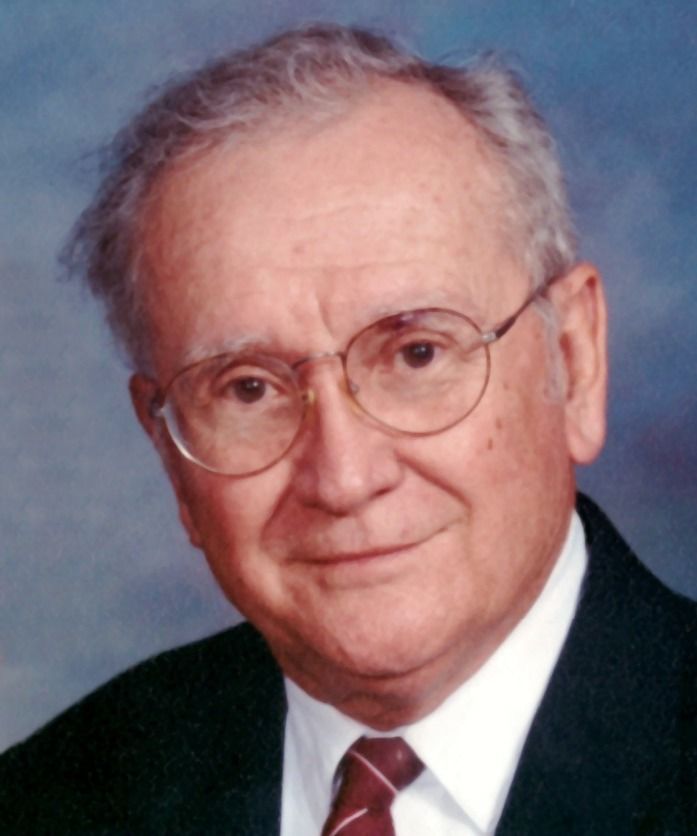 Local rancher and retired lawyer and engineer, Philip Michael ("Mike") Blair of Bryan, Texas, passed away at his home in Bryan on June 25, 2020. He was 94. He is survived by his wife of sixty-one years, Yvonne Buchanan Blair; his daughters, Allison Blair Wetzel and Susan Blair Das, both of Austin; his two sons-in-law, Richard Wetzel and Sanjit Das; and his four grandchildren, Zachary and Robert Wetzel and Prahlaad and Meera Das.

Mike was born in Marshall, Texas, on March 12, 1926, the second son of John Edward Blair, Jr., and Ella Mae Bailey. In 1927, his family moved to the property at 714 S. Ennis St. in Bryan, Texas, where Mike would live at the time of his death. Mike's father worked as District Engineer for the Highway Department until 1956. The family eventually also purchased a number of acres near Kurten, Texas, where they could raise cattle. Mike attended Travis Elementary School and Lamar Junior High.

The family moved to Austin while Mike was in high school. Mike graduated from Austin High in 1943, at age 17, and immediately enrolled at the University of Texas, studying engineering. He signed up for and took the "Eddy Test," a math and science proficiency exam used by the military to identify good candidates for training in radio and radar work. As Mike's 18th birthday approached in March 1944, Mike received notice that he would soon be drafted, so he presented the Navy with his high marks on the Eddy test and enlisted on May 23, 1944. After several months of training, he served as an aviation electronics technician at the naval flight training facility in Kingsville, Texas until the war ended. He then completed his two-year military commitment by serving with the Operations Squadron at NAS Miami.

By the time his military service ended in 1946, Mike's parents had moved back from Austin to their home in Bryan, Texas. He, too, returned to his childhood home to continue his college education, this time at the Agricultural and Mechanical College of Texas, later Texas A&M University. He graduated in 1949, with a B.S. in Chemical Engineering, a member of the Tau Beta Pi honor society. That year, he took up a job with Humble Oil and Refinery Company, later Exxon, in Houston. For most of his career at Exxon he worked at Exxon Production and Research, applying laboratory and computational methods to study various aspects of oil and gas reservoirs, ocean waves near offshore structures, and the thawing and freezing of earth near pipelines. He was honored by the Society of Petroleum Engineers with the Cedric Ferguson Medal in 1958, awarded to the best technical paper of the year by a young engineer. During these years he also attended Rice Institute, later Rice University, where he focused on numerical analysis and received the Sigma Xi honor and an M.A. in Mathematics in 1960.

Mike married Yvonne Buchanan in February 1959, and the couple raised their two daughters at their home in west Houston, attending Memorial Drive United Methodist Church. He pursued a number of hobbies with passion, especially amateur radio (licensed as W5NNK and N5MB), riflery (Houston's Bayou Rifles club) and tennis. He was a dedicated coach for his daughters' softball teams.

As his retirement approached, Mike pursued a lifelong dream to attend law school and work as an attorney. He graduated from the University of Houston Law Center in 1987, and passed the bar at age 61. A member of the State Bar of Texas and the American Bar Association, he worked primarily as a criminal defense attorney, first in Houston and then in Bryan, Texas, where he and his wife built a house and moved in 1989. In these "retirement" years, Mike not only worked several years as a lawyer but also thirty years as a cattle rancher. He was a president of the Exxon Annuitants Club in Bryan/College Station and a member of the Earl Graham Post 159 of the American Legion, the Bryan Noon Lions Club, and the Zion Church of Kurten. A lifelong Republican, he enthusiastically served as a volunteer docent at the George H.W. Bush Library for several years, beginning in 1997 when the library opened.

In lieu of flowers, contributions may be made to the Friends Gathering Respite Care Ministry at Christ United Methodist Church or to Hospice Brazos Valley.