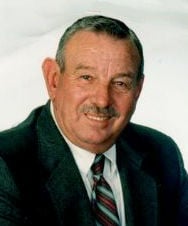 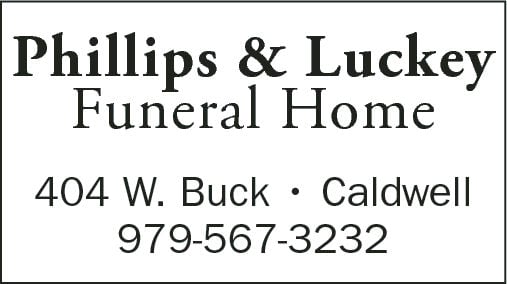 Graveside services for long-time Burleson County resident, Judge Bob L. Doonan, 86, will be held at the Chriesman Cemetery at 10 AM on Wednesday, June 24, 2020. Pastor Wayne Calder will officiate.

Bob was born a "Valentine's" Day baby to John and Eva Doonan. After graduation from Gladewater High School, he attended Sam Houston State Teacher's College (SHSTC) meeting his future bride, Lee Evelyn Boedeker Doonan, on a blind date. Bob and Lee were married at FUMC in Caldwell, Texas on July 31, 1954 for 55 years until Lee's death October 14, 2009.

Bob attended Temple College while Lee taught school in Rogers, Texas. They later moved to Caldwell building a home next door to his in-laws Charlie and Beatrice Boedeker where they raised four children. Bob later returned to SHSTC where he graduated May, 1967 with a Bachelor of Science specializing in Photography. Bob was employed at TAMU College of Veterinary Medicine for ten plus years performing educational photography for student education.

After leaving TAMU, photography continued to be part of his life as he and Lee stayed active in the community taking little league baseball pictures, Hus School Encampment pictures, graduation pictures, BC Fair pictures, Santa Clause pictures on the "square", and wedding pictures of families for years.

Bob enjoyed working doing custom farming like shredding, spraying, and plowing for many in the county as well. In addition, he ran a restaurant at the Caldwell Livestock Auction in Caldwell where many supported the restaurant because of Lee's homemade desserts. He later became involved in politics serving the county for over 20 years as Justice of the Peace and Burleson County Judge.

In Bob's earlier years, he was an active member for many years in the community serving the Lions Club and the volunteer fire department. He and Lee were also faithful members of First United Methodist Church in Caldwell.

Bob continued to stay active and insisted on continuing his part-time work at the Brazos Valley Livestock Auction catching a ride every week with his oldest son Charles.

Bob was preceded in death by his parents; his wife, Lee Doonan; and a great-granddaughter, Ryleigh Grace Doonan.

Survivors include two sons and daughters-in-law, Charles and Carolyn Doonan and Randy and Elaine Doonan; two daughters and a son-in-law, Dr. Jeana O'Brien and Dena and Jimmy Matcek; eight grandchildren and six great-grandchildren.

"Always pray to have eyes that see the best, a heart that forgives the worst, a mind that forgets the bad, and a soul that never loses faith."

"You have decided the length of our lives. You know how many months we will live, and we are not given a minute longer." Job 14:5 (NLT)