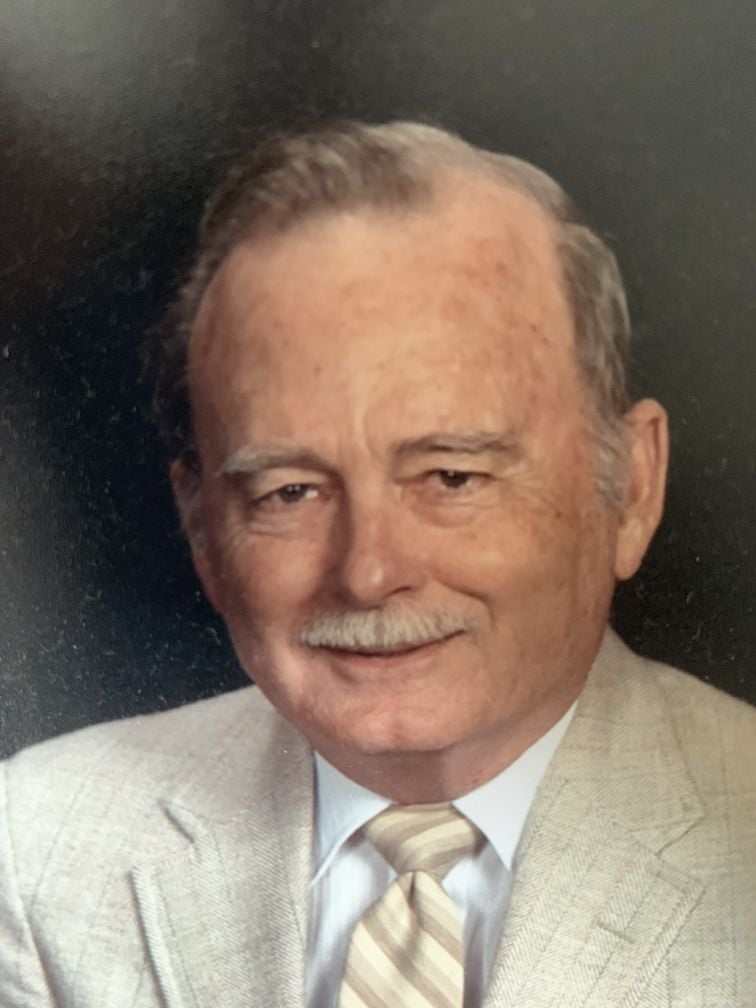 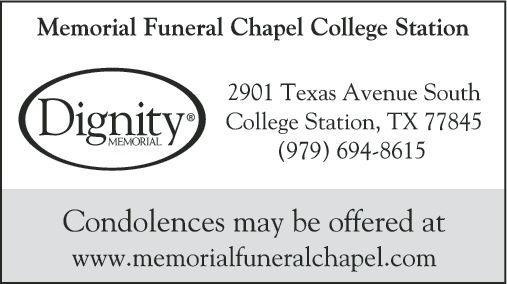 John Coleman Hollan Jr. was born December 30,1932 in Victoria, Texas to John and Dollie Hollan. He graduated from Patti Welder High School and graduated from Texas A&M University in College Station. He met his future wife, Mildred Howard at a graduation party in Victoria, Texas and married her in September 1955. They had three children, Lisa Schmitt, John Hollan, and David Hollan.

John graduated with a BS and MS degrees in mechanical engineering and worked for DuPont over the majority of his career. They moved often during the time they raised their children.

Upon retirement, they moved to College Station where they became members of A&M United Methodist Church. They were active in their children's and grandchildren's lives.

They traveled to Greece, Australia, Alaska, and the Mediterranean. Mildred passed in August 27, 2012. John moved to Houston to be near near his daughter, Lisa.

John was preceded in death by one grandchild, John David Schmitt, and his wife, Mildred. Survivors include their three children, Lisa and Dr. Karl Schmitt, John and Patricia Hollan, and David and Shelley Hollan and eight grandchildren.

Due to current government recommendations, the graveside service will be limited to family members only. A Memorial Service to celebrate John's life will be scheduled at a later date.

To plant a tree in memory of John Hollan, Jr. as a living tribute, please visit Tribute Store.
+1
Plant a tree
+1