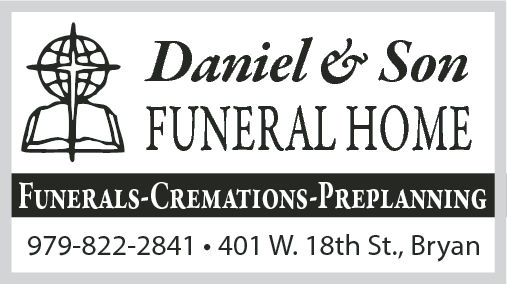 Ira Mitchell was a great storyteller and his life story includes his love for God, his family, friends, and his country. Ira's story begins August 12, 1928 when he was born in College Station, Texas to Jack and Illie Mitchell, the youngest of seven children.

During the Korean War, Ira faced many challenges including being wounded, rescuing downed and injured pilots behind enemy lines, witnessing a nuclear test in Nevada and perhaps most notably, jumping into a fox hole, only to find that it was already occupied by another man. Turns out, the man was his cousin! Because of his meritorious and heroic actions during his distinguished service in the U.S. Army, Ira was awarded the Bronze Star and an honorable discharge.

Upon his return home from the war Ira worked for Singer Sewing Company repairing and selling sewing machines. Ira was a self-taught mechanic and electrician. Because of his ability to fix anything Ira advanced in his career working at Texas A&M's Easterwood Airport, beginning in maintenance and ending his career 30 years later as the Operations Supervisor. Ira would tell you he serviced airplanes, but in fact, he was also a first responder for numerous airplane crashes, once rescuing a university professor. The rescue was highlighted in the Bryan newspaper. In 1989, Ira received a Certificate of Appreciation from President George H.W. Bush for servicing Air Force One during a visit to Texas A&M.

Those who knew Ira will always remember him as a man of God, a man who loved and supported his family and friends, a man who served his country and community with dignity and honor, and a man who will never be forgotten.

He had a daughter who preceded him in death, and his parents. Above all else, Ira would readily claim that his greatest achievements were 63 years marriage to Elizabeth Robertson Mitchell; his three surviving daughters, Katherine, Sheila, and Terri; five grandchildren, four great-grandchildren, six siblings and host of friends and relatives.

To plant a tree in memory of Ira Mitchell as a living tribute, please visit Tribute Store.
+1
Plant a tree
+1