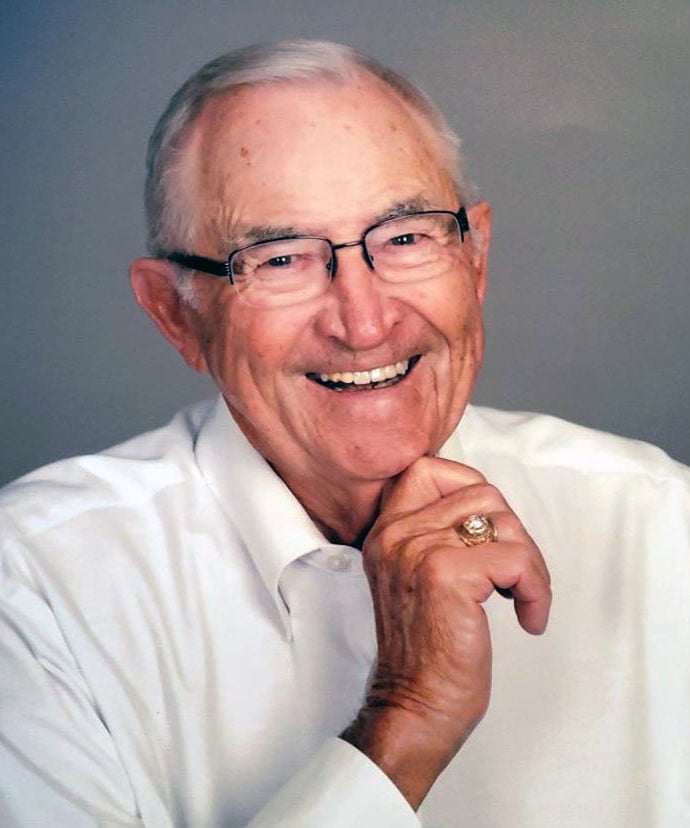 John Edwin Pierson, 89, of College Station passed away shortly after midnight on February 5th, 2020, peacefully surrounded by his family. A Memorial Service to celebrate his life is scheduled for 1 pm, Wednesday, February 12th, 2020 at Christ United Methodist Church in College Station, where he had been a member for the last 20 years and faithfully served on the Board of Stewards.

John Edwin was born on November 17th, 1930 in Hamilton, Texas to John C. and Lela Harris Pierson. He was a 1949 graduate of Hamilton High School and Texas A&M University, class of 1953. John was united in marriage to Margaret Ann Jones on June 13, 1953 in Gatesville, Texas.

For two years John Edwin was commissioned as a 1st Lt in the U.S. Army, Quartermaster Corp, and stationed in Petersburg, Virginia. Initially, Ann stayed in Gatesville with her parents, to have their first child and then joined him quickly thereafter, travelling with a newborn by herself on a train.

John graduated with a degree in Poultry Science, and after his discharge from the army, returned to Texas to work with his father in the poultry industry, which eventually took our family to Monterrey, Mexico for three years, as Grandja El Polito, now with a new baby and a toddler. John then joined the corporate world, starting with Agriculture Division of Abbott Labs as Regional Sales Manager in Salisbury, Md; VP of Marketing of V. A. Snell & Co., which allowed us to move back to San Antonio, Texas; and finally, Regional Manager of Western US, Asia for Big Dutchman, Division of US Industries, which moved the family to Holland, Michigan. John and Ann were able to return to Tyler, Texas in 1973 where they lived there for 25 years before John retired and moved to College Station, Texas in 1998.

John was an Aggie who bled maroon; he and Ann supported many sports on campus, and even gifted a few students with Aggie rings. John and Ann were 12th Man Foundation Endowed Donors. He was on the Board of Directors, and served at the Letterman's Museum for 10 yrs.

John Edwin also had a true servant's heart, volunteering at Crestview Nursing Home for 12 years, he was an enthusiastic Bingo caller and assisted residents from their rooms to chapel every Tuesday. He was so thoughtful that he called that morning to inform Pastor Gary Adams that he was not feeling well, and would not be able to come.

John's passion was golf and he was even able to attend the Master's in Augusta, Georgia with his son a couple years ago, a gift from his granddaughter. He was able to play 13 holes with several of his close friends and golf buddies on that beautiful sunny, warm day before returning home on his golf cart as he began to not feel well.

John was preceded in death by his wife of 62 years, Margaret Ann, four years ago; and both of their parents.

John Edwin willed his body to the Texas A&M School of Medicine, and will be laid to rest at a later date in the "Aggie Field of Honor".

Donations in his memory may be made to the 12th Man Foundation, Crestview Nursing Home Volunteers, Christ United Methodist Church, or Hospice Brazos Valley.

To plant a tree in memory of John Pierson as a living tribute, please visit Tribute Store.
+1
Plant a tree
+1